The Combat Armor Bushman H-102 comes from the anime series Fang of the Sun Dougram (太陽の牙ダグラム Taiyō no Kiba Daguramu). 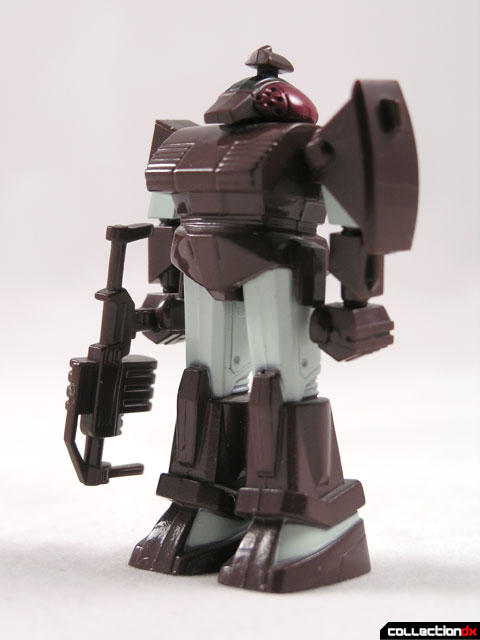 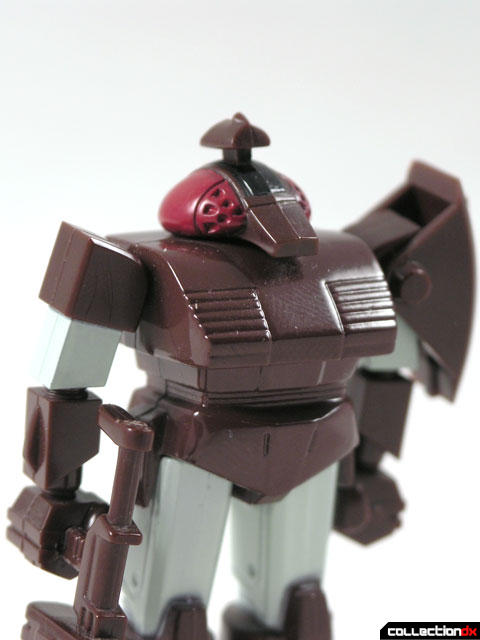 In contrast to the other toys in the line, the Dougram Collection Series Bushman is a really fragile, awkward toy. The head looks much too small for the body, and the arms are very spindly. I remember building a kit of this from the Robotech model series by Revell when I was a kid, and I don't recall it having such a small cranium. I just can't get past it. 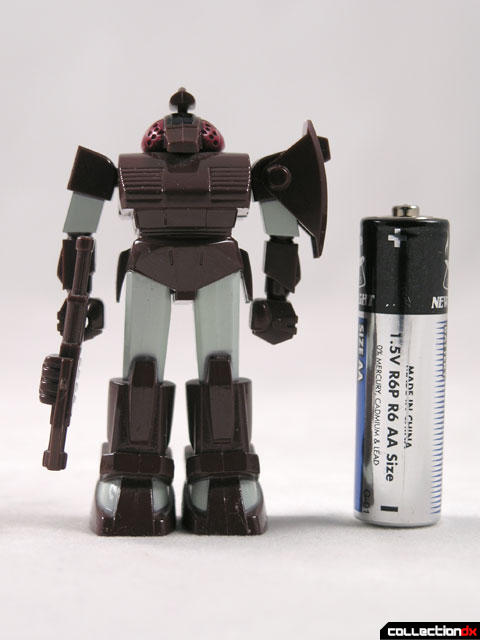 The toy is tiny, even in comparison to others in the line, coming in at 2.75 inches tall. On the plus side, the figure is mostly metal, with the exception being the head and arms are plastic. There is no waist joint, but the head, arms, and legs all move. 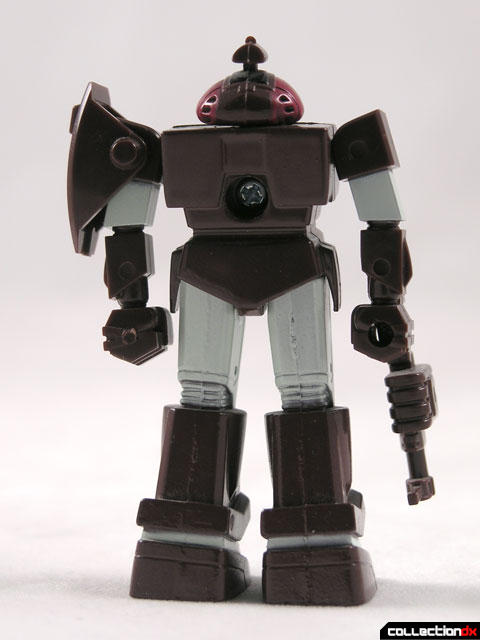 Included with the Bushman is a gun, sticker sheet, 2 small figures and a shoulder pad. 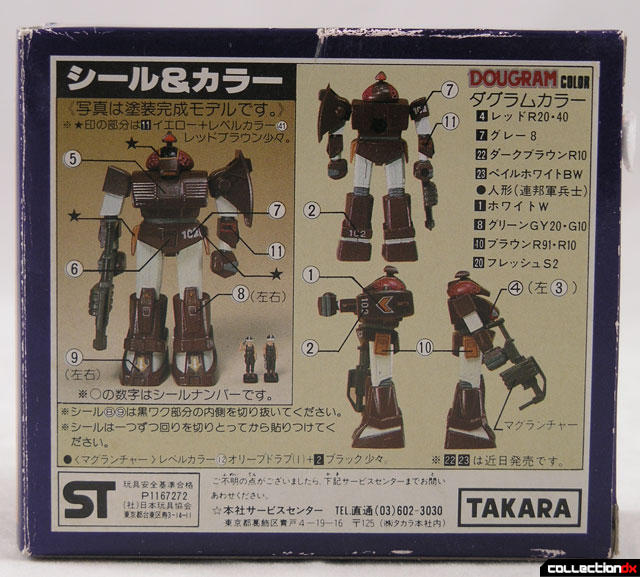 Takara had the initial rights to manufacture merchandise based on the show. They produced three main scales of mecha – 1/48, 1/72 and 1/44. There was only one 1/48 made (of the Combat Armor Dougram) and three 1/72 scale toys. It was only in the 1/144 line that most of the mecha made it into toy form. The 1/144 scale toys are only about  3 inches tall and made almost entirely out of diecast. Despite their small size, they have a surprising amount of detail and articulation. Each toy features various bits of removable armor and weapons as well as a sticker sheet and catalog. Packed in Styrofoam and encased in some of the most beautiful boxes ever, these toys are just wonderful. 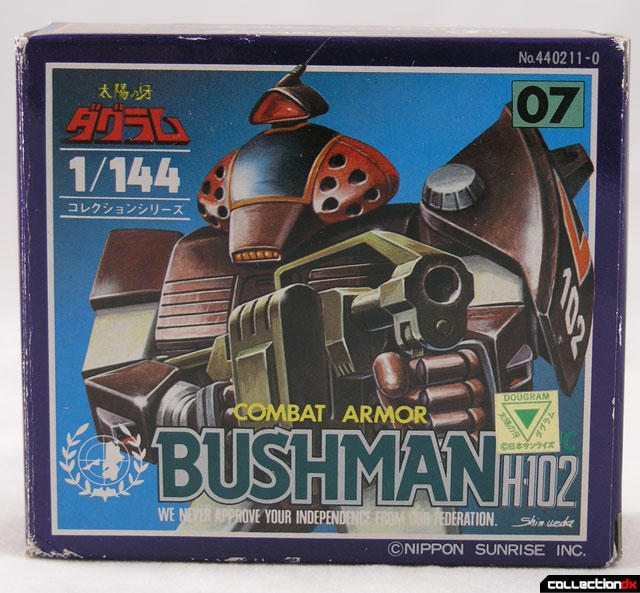