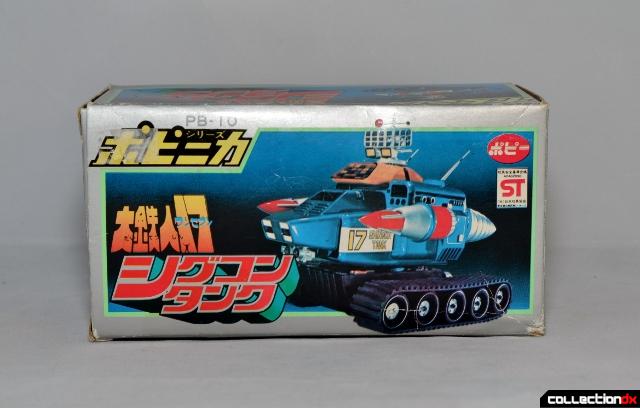 The Popynica PB-10 originates from the show Daitetsujin 17. For those of you not familiar with Daitetsujin 17....Wikipedia is kind enough to provide us with a brief synopsis:

Daitetsujin 17 (大鉄人１７ Daitetsujin Wan-Sebun?) is a 1977 tokusatsu series created by Shotaro Ishinomori and produced by Toei. It revolves around a giant battle robot commanded by a young boy who fights the giant robots of an evil organization bent on world conquest. It is similar to Giant Robo in premise and how it ends. 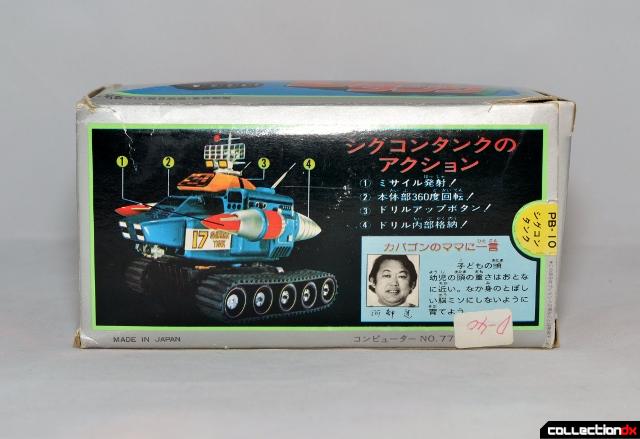 Popy manufactured several toys based on the series - notably a transforming Chogokin version of the robot One-Seven (later released in America for the Godaikin line), vehicles based on One-Seven's Flying Fortress mode, the Sub Machine Flying Car, the Shigcon Tank and the Shigcon Jet. 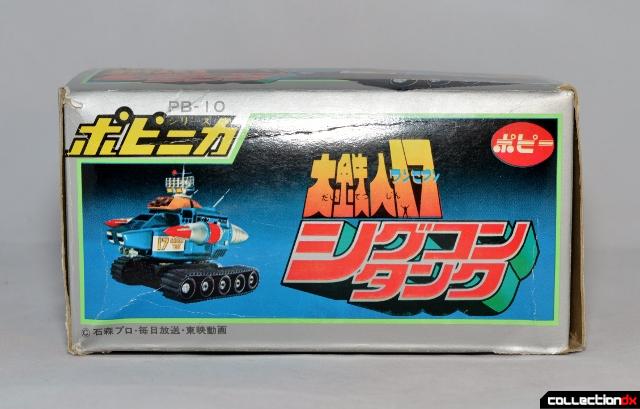 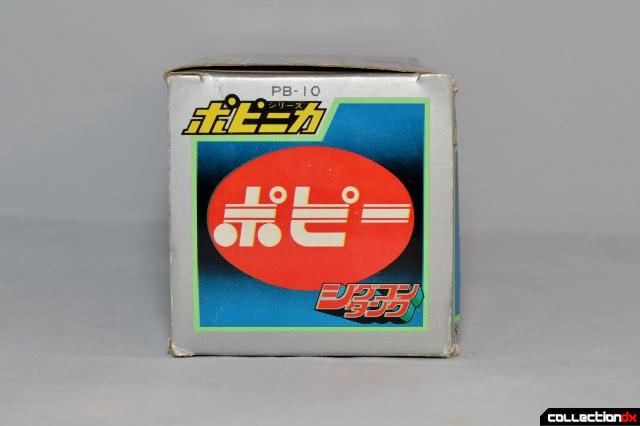 The nice thing about the Shigcon tank is that they're still relatively easy to find and aren't a whole lot of money though finding one without scratches in a mint box is getting more and more difficult. Mattel rebranded all the Daitetsujin vehicles and released them under the Shogun Action Vehicle line. 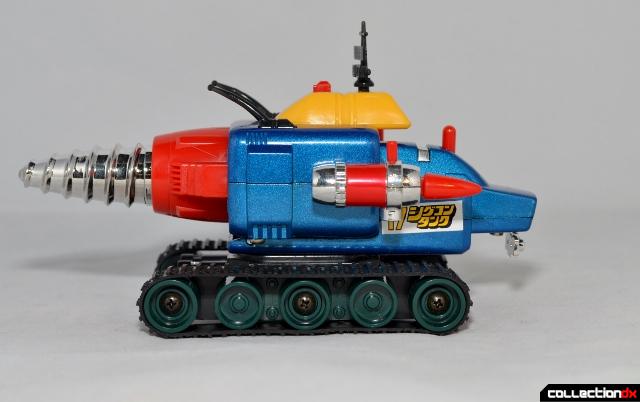 The body is almost all metal, there's a small multi-colored panel (which is also present on all other D-17 vehicles). The tank treads are made of rubber. I've heard a lot about them deteriorating over time but luckily mine are in good shape. Anything with tank treads is awesome. :) 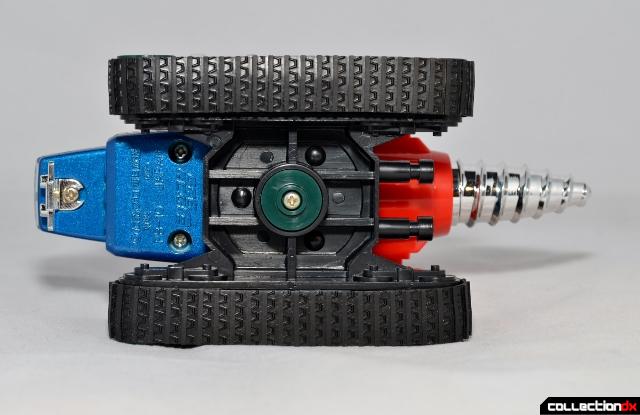 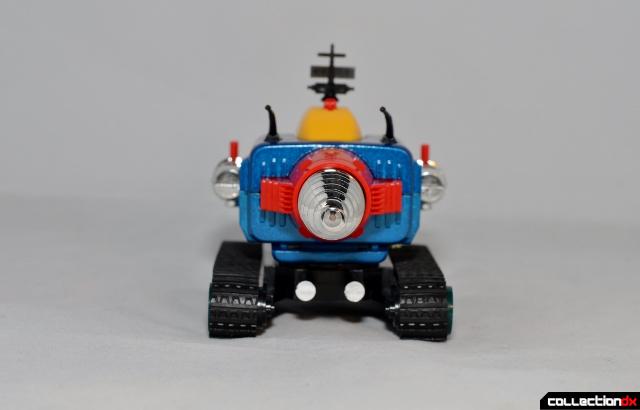 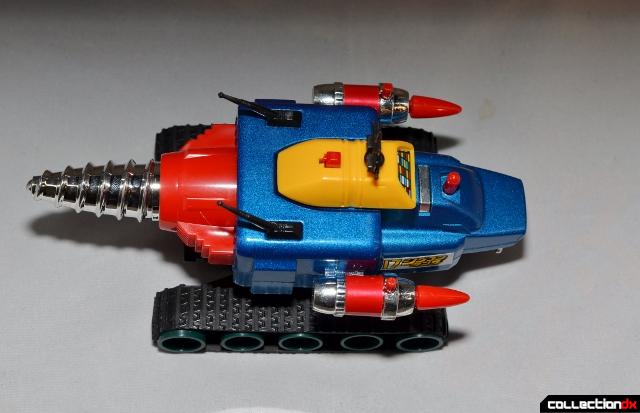 There's not a whole lot to this awesome toy...lots of metal, a couple firing gimmicks. The toy includes a simple instruction sheet, and a small polybag which includes several missiles and the antenna accessory that attaches on the top. 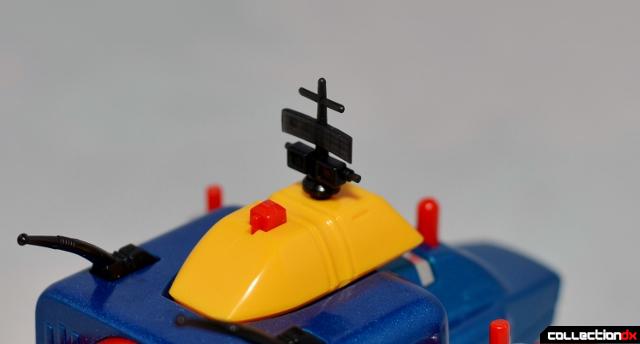 Bandai is kind enough to provide you with a bunch of missles in case you lose a few of them. They launch from the side launchers of the tank. 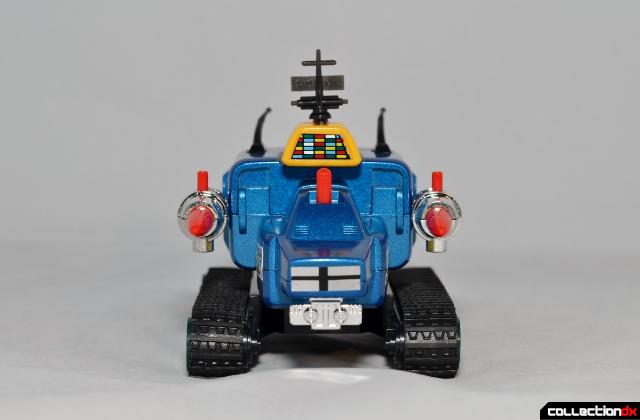 The body tilts for a "drill" effect with a press of a button on the top by the antenna. The huge, awesome drill can be rectracted and pops out by pressing the other button on the opposite side: 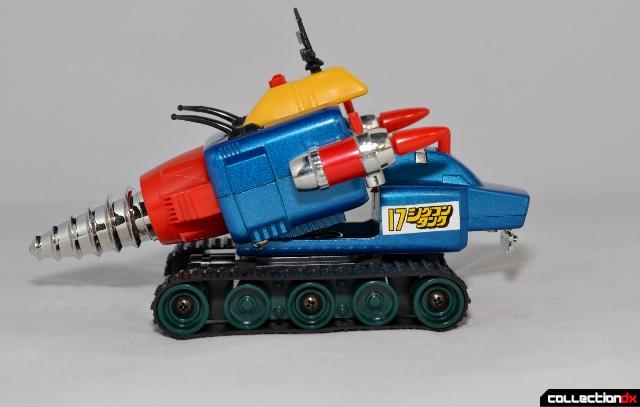 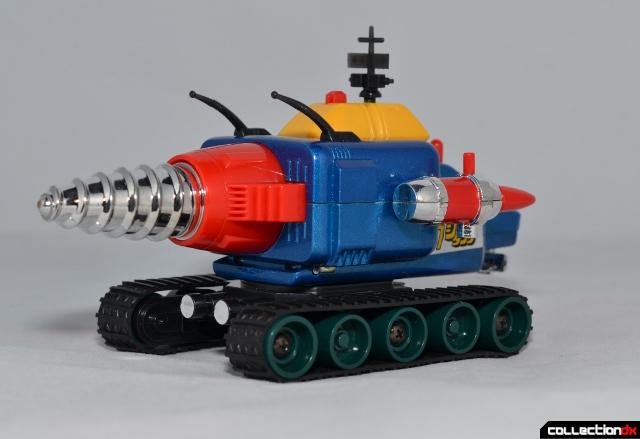 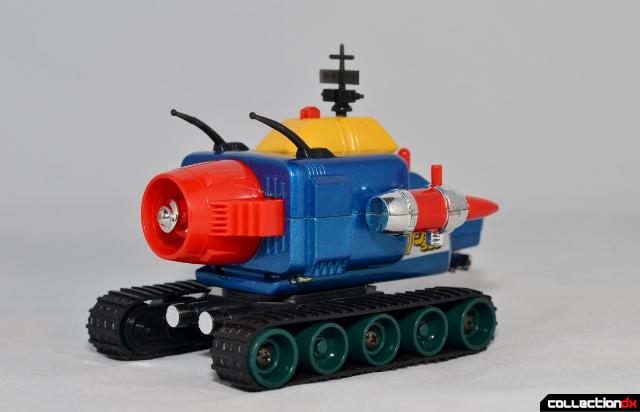 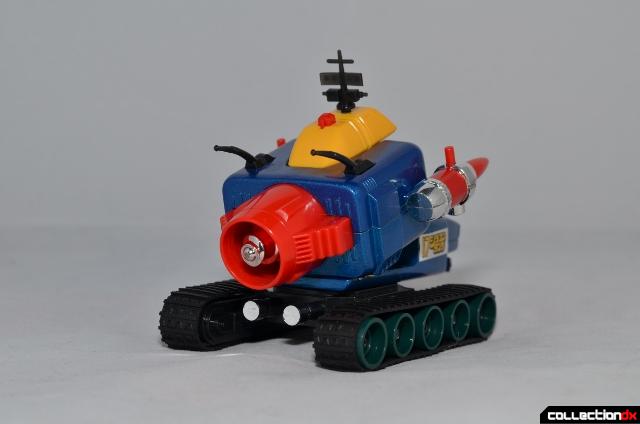 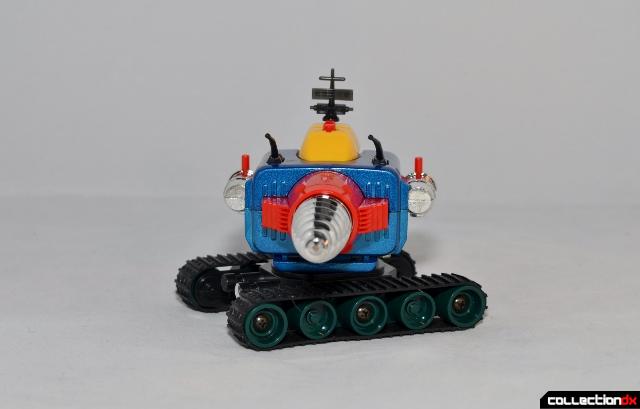 While I'm not a huge fan of the series, I really do dig these vehicles from the line. They're durable with lots of metal and of course my favorite gimmick of all - FIRING MISSILES!! If you're wondering about scale, here's a comparison with Takara Masterpiece Smokescreen: 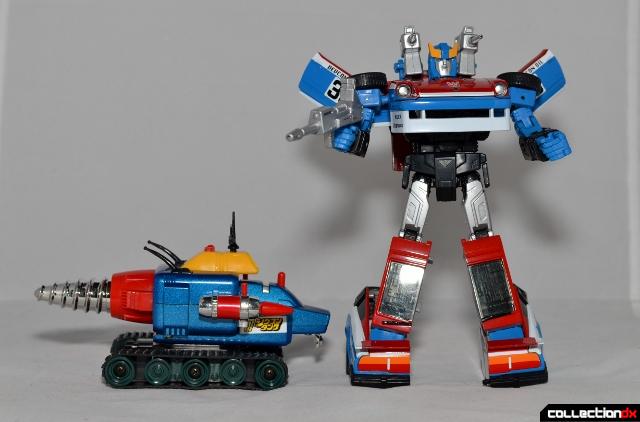 Cool review. I still need to pick up the Shogun version of this.

Thank you! yeah...I rarely see the shogun version. The one i really want is the Bazoler from Gaiking Can't find a nice one to save my life hehehe, they're always beat to hell

I got a pretty good deal on a Bazoler a few months back. I wanna say it was a BIN of something like $75 or so, mib. I've got pictures taken but haven't gotten around to posting a review yet though. Still need it's brothers, Kondar and Nessar, though.