The Shogun Action Vehicles Grand Car is the companion piece to the Sky Jet and both hail from the 1976-77 live action show Space Ironmen Kyodain (宇宙鉄人キョーダイン -). Personally, I think this is the better design of the two, if for no other reason than it doesn't look like some weird robotic insect rape fantasy made real. 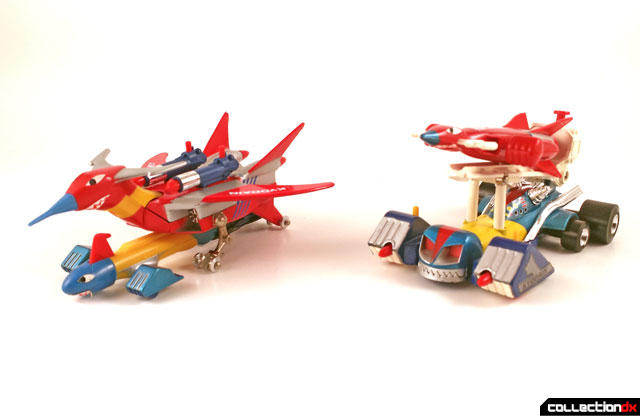 Plus, with it's shiny chrome engine and exhaust pipes, the Grand Car has the look of a futuristic Hot Wheels vehicle. In fact, part of me thinks it would actually be more appealing as a vehicle without the cumbersome "Sky Missile" it's transporting. In the pictures below, notice how the letting on the toy spell "Gran Car", with no "d". 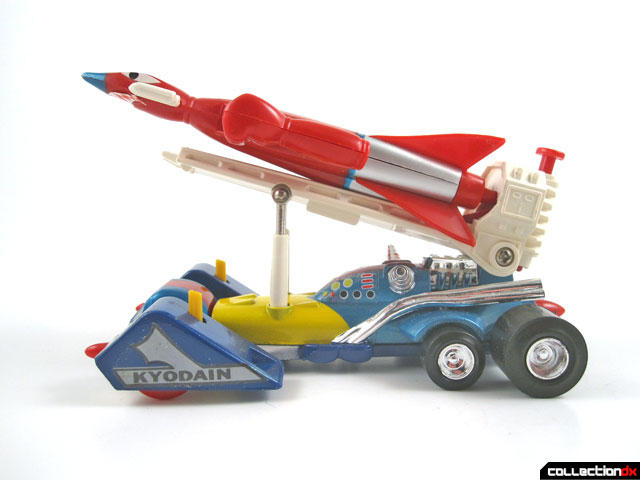 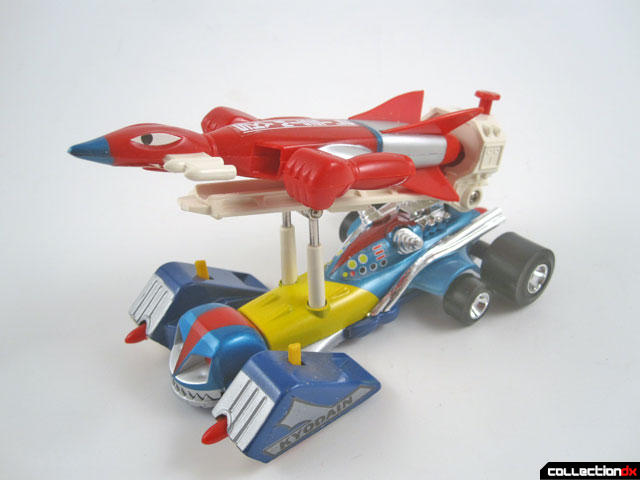 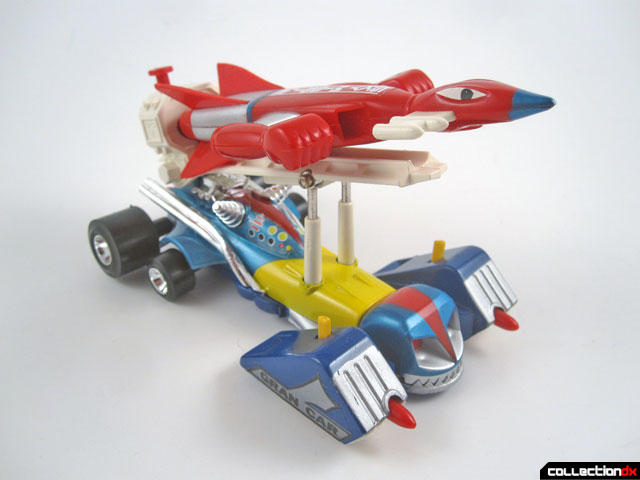 The metallic paint, shiny chrome and flashy design also evoke memories of some of the carnival rides of my youth, which also endears this toy to me. 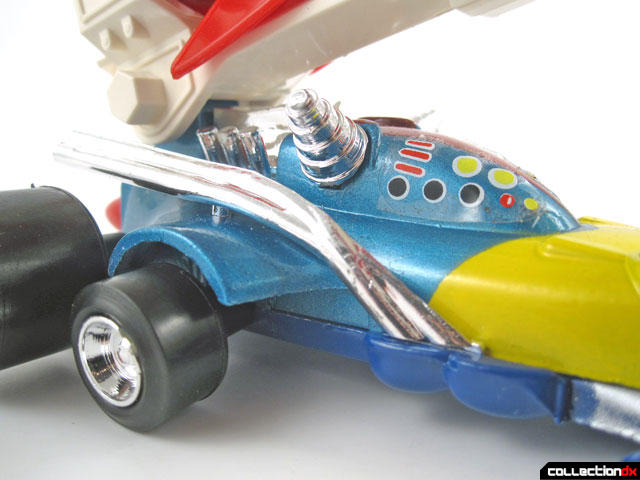 As the box always lets you know, there are several gimmicks embedded in the toy. Of course, the Sky Missile launches when you press the big red button on white piece on at the rear of the toy. 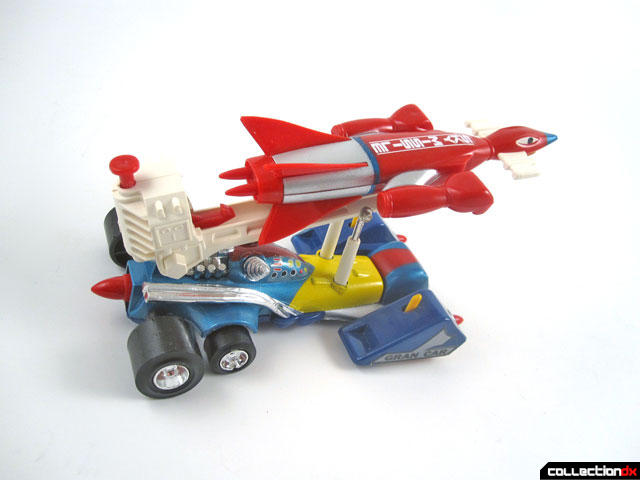 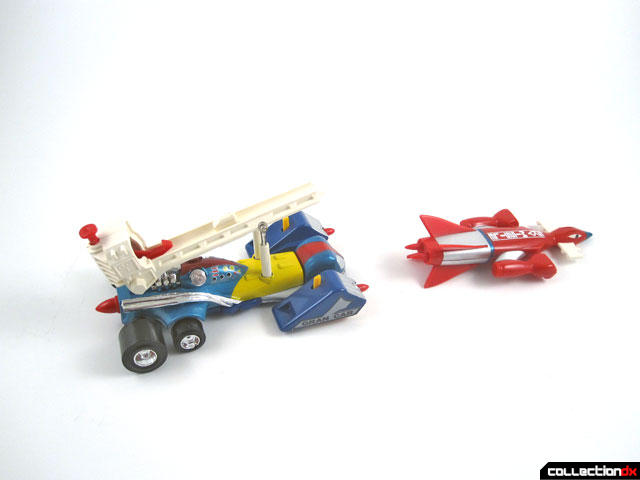 To aim the missile, the ramp can be raised or lowered. At best, it looks like you may get about a 30 degree difference in the angle, but hey, it's something. 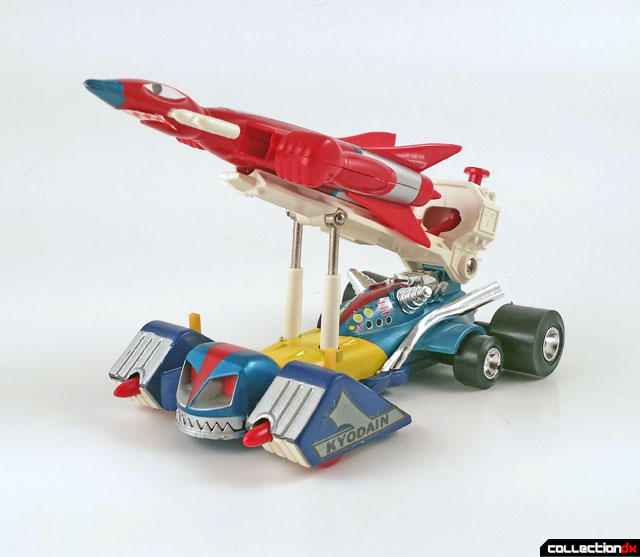 Additionally, the little red rockets at the front of the vehicle can also fire when you press the yellow buttons behind them. Also, although I wasn't able to get a good picture of it, the jaws on the face at the front open and close. You're instinct may tell you that the lower jaw is the one that moves, but in reality it's the whole upper part of the head that lifts up. It kept falling back down before I could get a picture of it open. 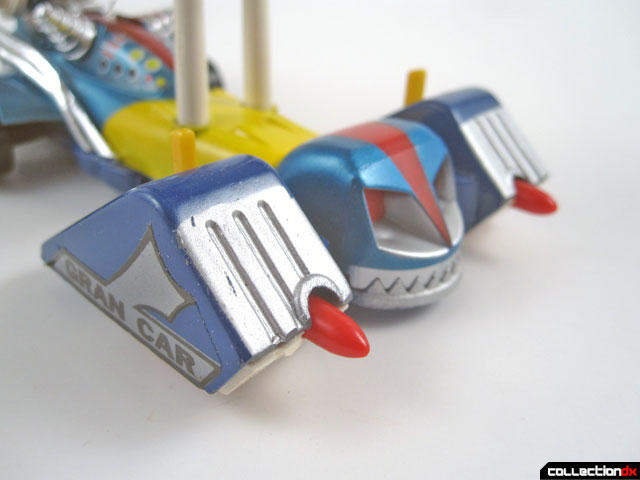 The majority of the lower portion of the vehicle is solid die-cast, with the entire top being plastic. The Sky Missile in particular is necessarily very light plastic to help facilitate flight.

As for packaging, the toy rests in a styrofoam tray housed inside a standard Shogun Action Vehicle 6" x 3.5" x 3.5" box, featuring the same design you've come to know and love. 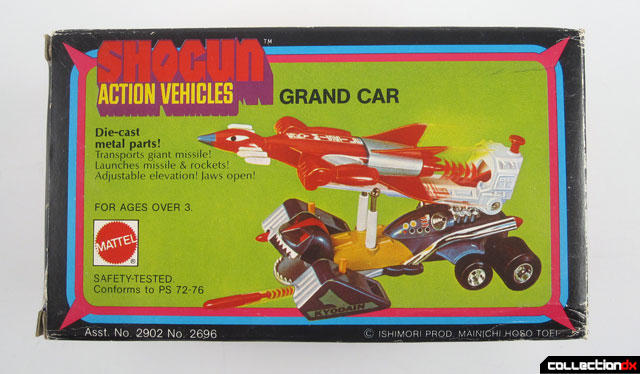 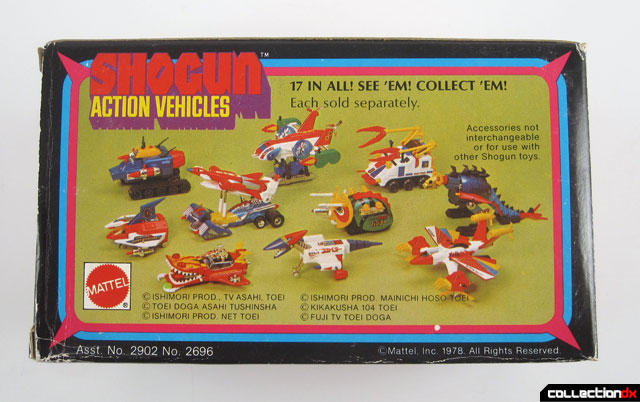 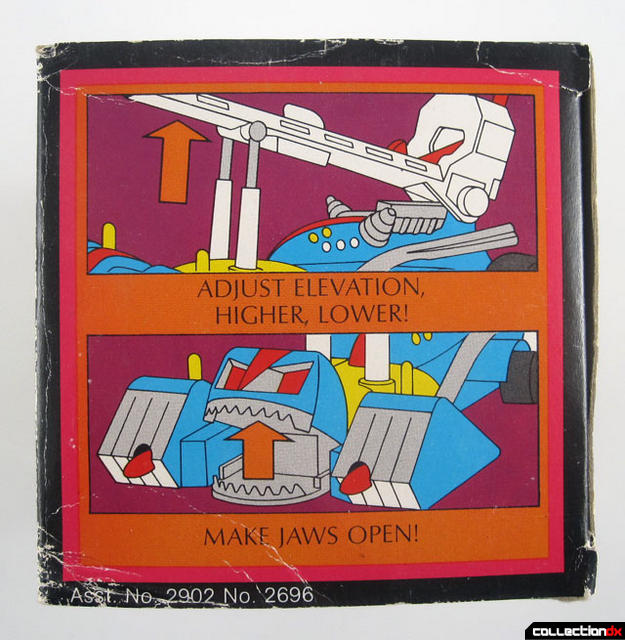 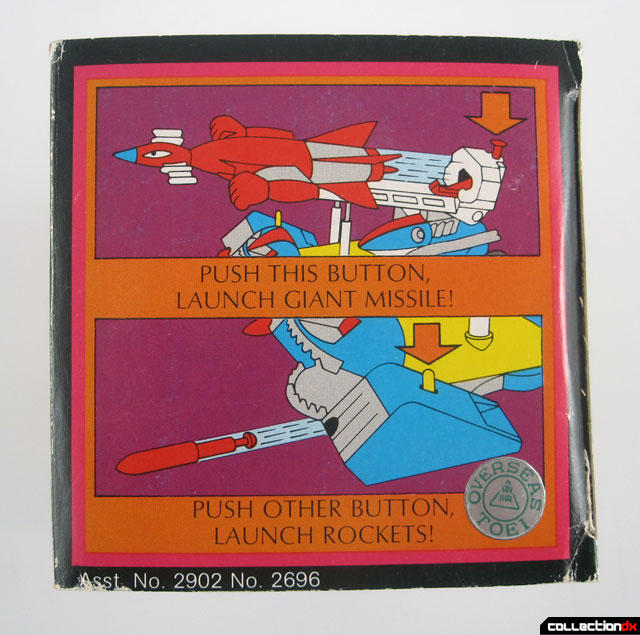 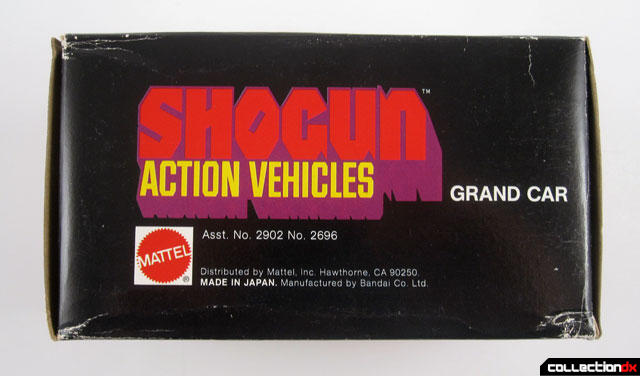 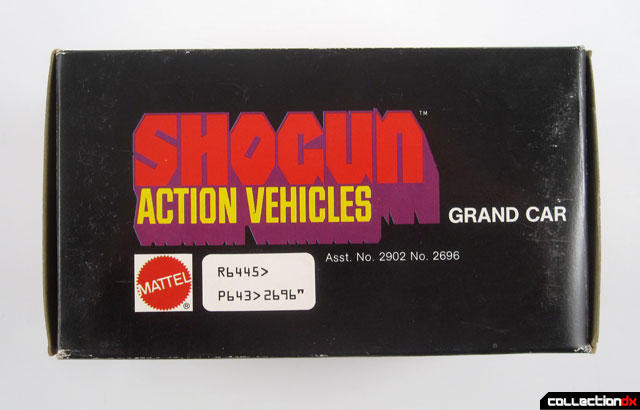 The Grand Car was shipped to retailers in a standard brown cardboard shipping container, each of which contained six toys inside. 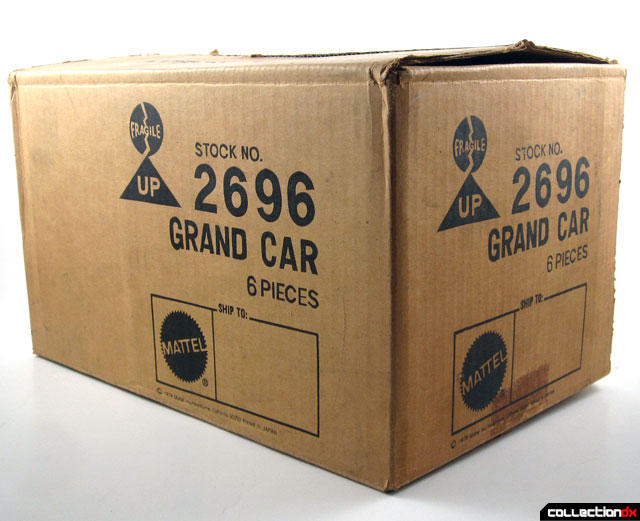 As we talked about in episode 122 this toy is really something else. I'm pretty much looking for a broken one so I can remove the launcher, add detail to the car and have an amazingly menacing piece of horsepower packing popynica.