Reviewing the Shogun Warriors Godzilla Jumbo feels like a daunting task. It's a bit like reviewing the sky. Most everyone is already familiar with it. Robot fans, Jumbo collectors, monster collectors and pretty much everyone in the vicintiy of 30 years of age seems to have owned this toy at some point in their lives, whether as children or adult collectors. But I think it should be covered and what better time to do it than during the Halloween season? 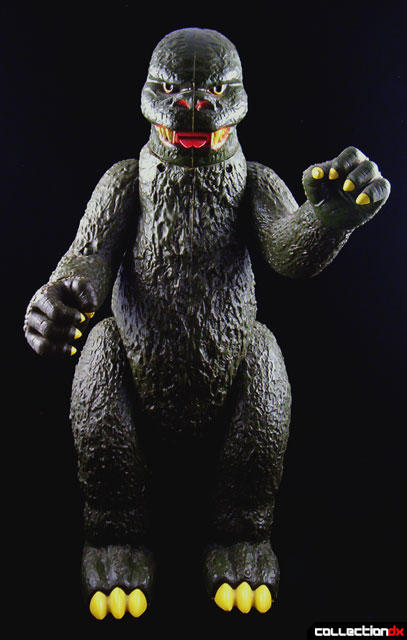 The Shogun Warriors was one of the most influential line of toys released in the 1970s and Godzilla was added to the group of Jumbos in 1977. It was the only kaiju released in the line and collectors are divided on it. Some consider it one of their most beloved childhood toys, while others think of it as a poor interpretation of the character and a bastardization of the Popy Jumbosaurus Godzilla.

Both the left fist and the right launching fist can be turned to different positions. Additionally, the tail (with needs to be attached) turns and the position of the legs can be adjusted. Like the other jumbos in the line, there are wheels on the feet. The toy features a fiery tongue that can be extended from the mouth via a red lever on the back of the head. 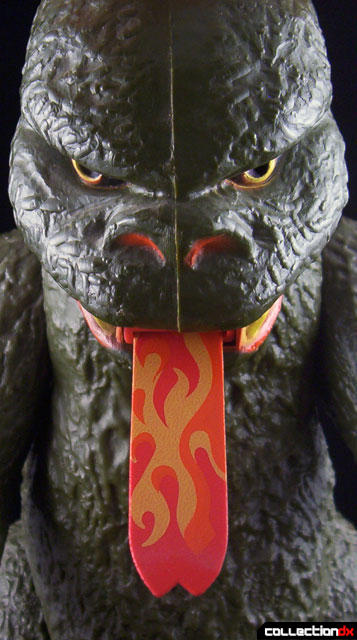 This lever is one of the most commonly broken parts on the toy. You'll often find specimens with the toes cracked as well.

Frankly, I actually like this toy better than the Popy one. Partly for nostalgic reasons, but also because I like the eyes on this one more than the Popy.They just look meaner to me. The toy is smaller than the other jumbos in the line, at only 19.5" tall. Mattel released at least three slightly different variations of Godzilla. Since I generally am only interested in having one version of each character, I tend to not pay much attention to these minor differences so for further details about them, I'll direct you to John Eaton's classic Shogun Warriors page which lists the differences.

The Mattel Shogun Warrior Godzilla is a classic toy, but is probably not a must have for Jumbo Machinder fans. It doesn't quite fit either with the robots in the line or even any of the monstrous villains. However, it's one that no monster collector should be without. It's a pretty easy acquisition too as they are always available on eBay. The only trick can be getting one a perfect condition. 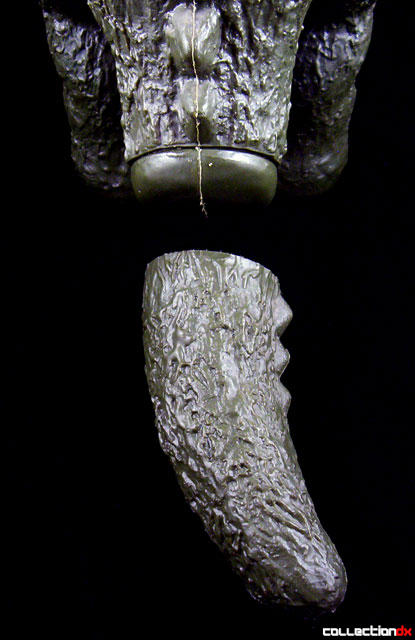 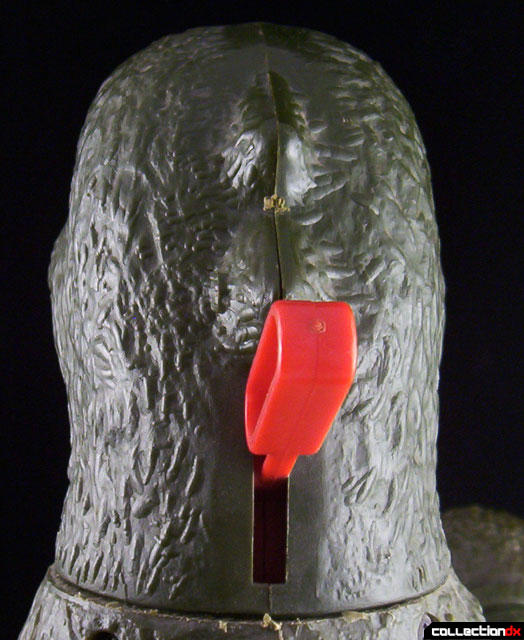 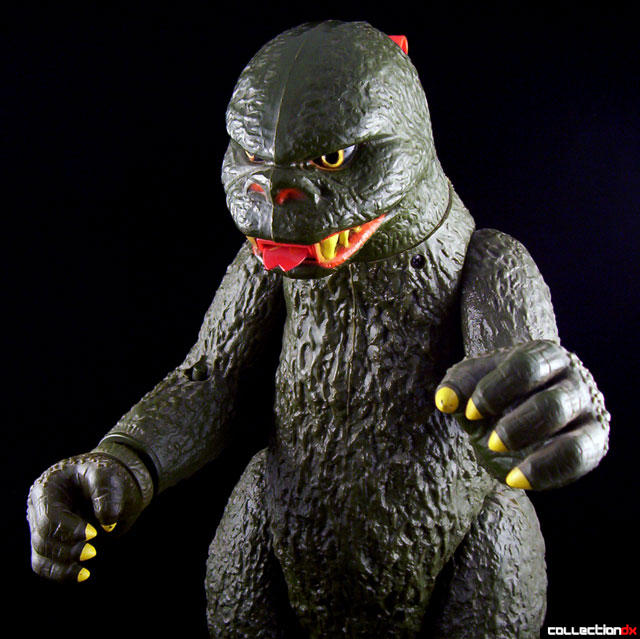 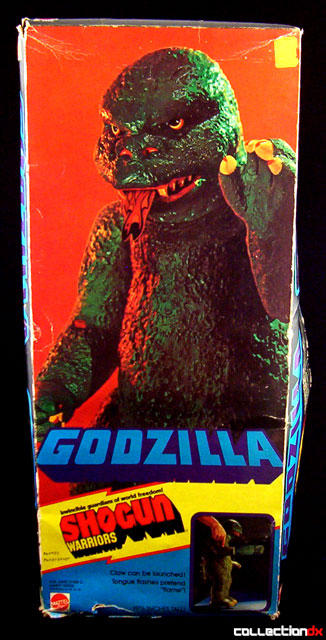 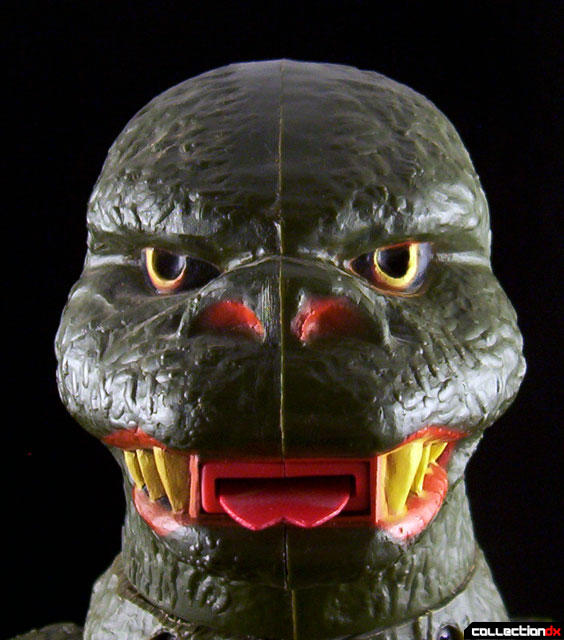 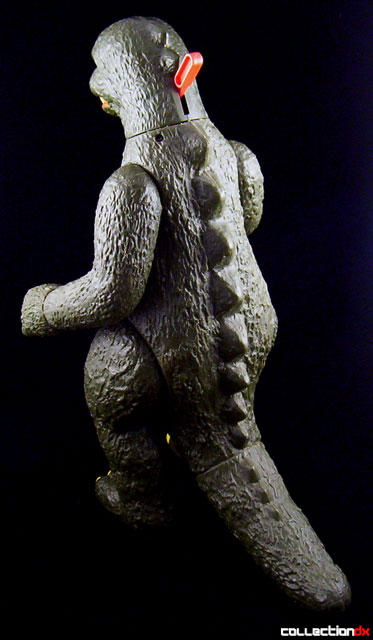 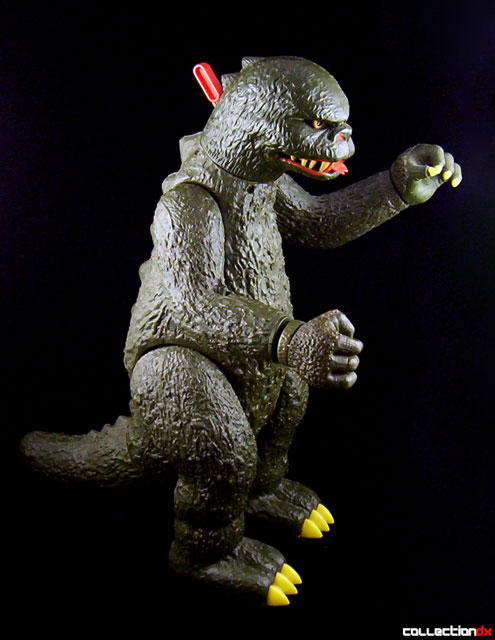 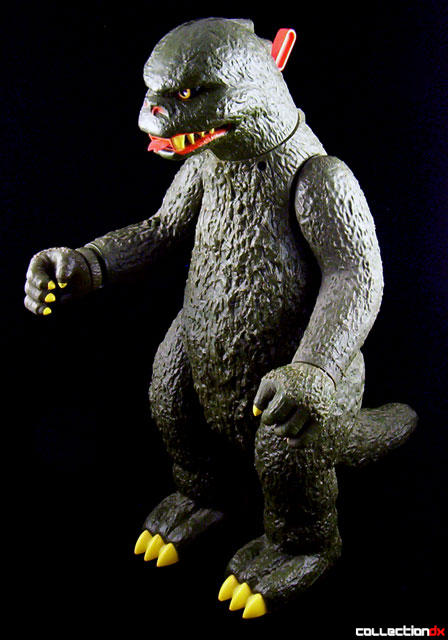