The Chogokin Ground Zero (グランゼル - guranzeru or Granzel) was released by Popy in 1976. it's the companion piece to Skyzel, and you really can't have one without the other. I looked all over Tokyo for this toy, and only found one, in poor shape... I thought if I was going to find it anywhere, it would be there.. But it would end up being during a chance meeting in Boston that I would acquire this from a good friend... 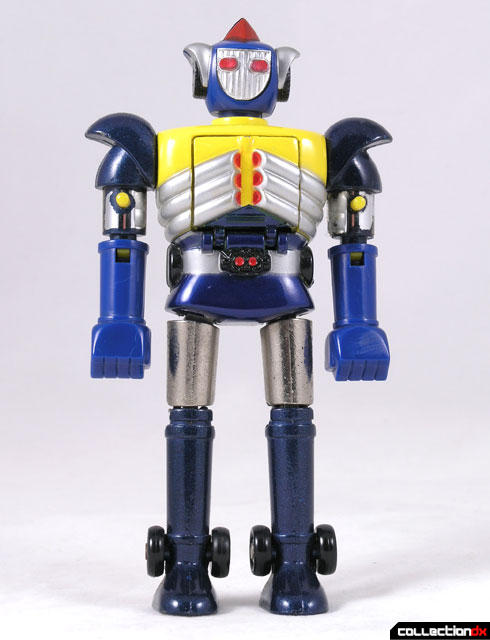 Where Skyzel is based on the concept of flying, Granzel is based off the idea of driving a ground machine. The small details really show this, from the wheels on the hips and feet, to the hot-rod like pipes on the chest. 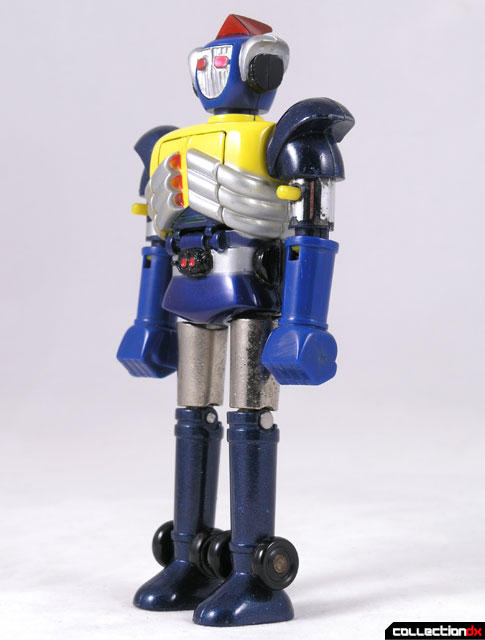 Both fists fire, but don't fit the arms snugly. You can open a door in the chest of Granzel to reveal two missile launchers. The missiles have small evil smiley faces molded into them. The door cannot be closed with the missiles in, unfortunately. 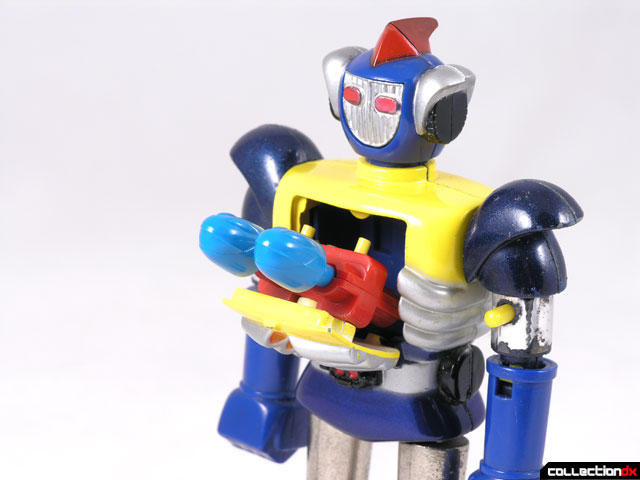 Probably the coolest feature of this toy is the famous open face gimmick. Press a small button on the back of the head and the face plate pops off to reveal the face of Ryuji, the man who's spirit is inside of Granzel. 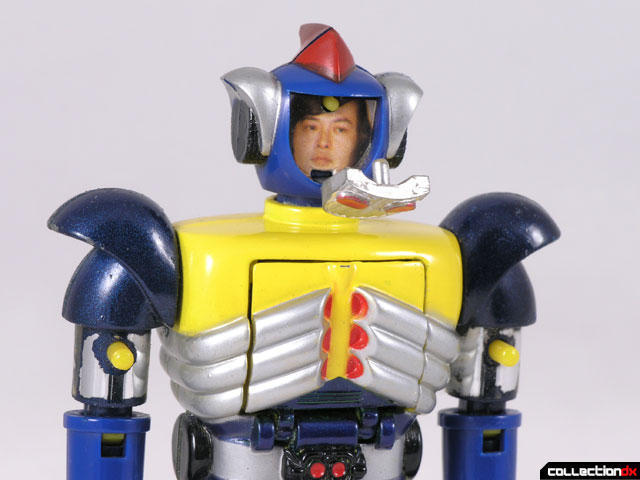 I've always thought that these toys really embodied the essence of Mattel's Shogun Warriors Line, and thought they fit right in with the style of Great Mazinga, Dragun and Poseidon. In fact, two vehicles form Kyodain ended up being included in the Shogun Action Vehicle line - Grand Car and Sky Jet. 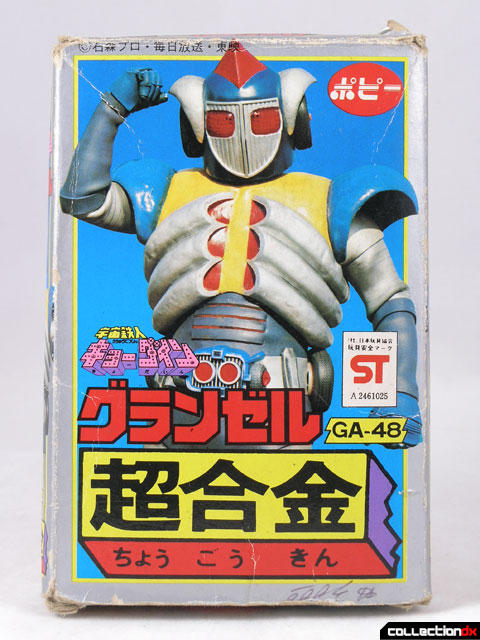