Goriking hails from the show Star of Pro-Wrestling: Astekaizer (Pro-Wres No Hoshi Astekaizer), created by Go Nagai. The show premiered in 1976 and was a mix of live action and and animation. It followed the exploits of Hoshi, a professional wrestler who could transform into Astekaizer, a champion of justice. The show lasted 26 episodes, and wrapped up in October of 1977. 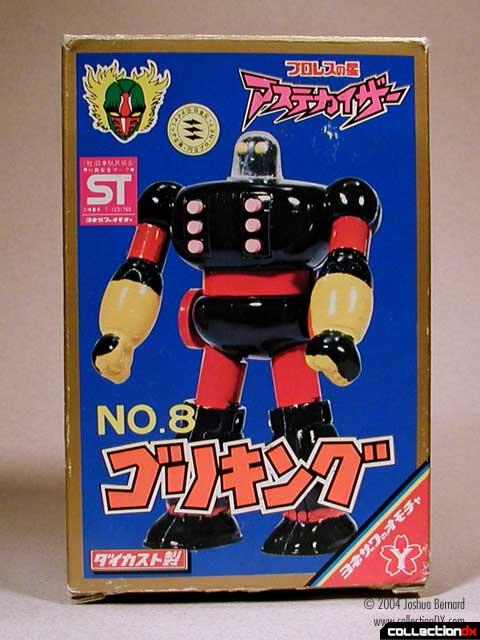 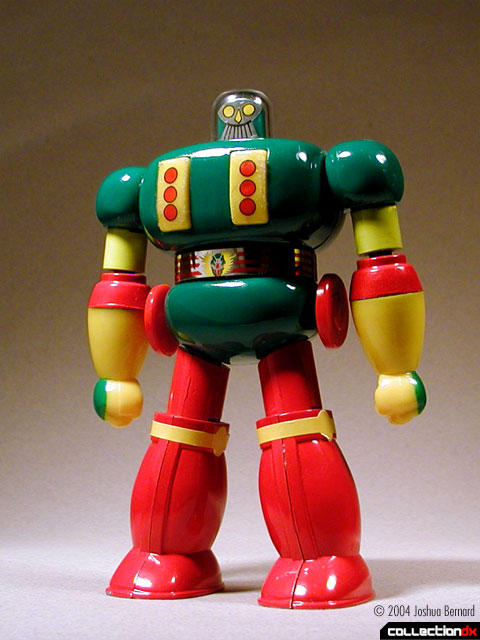 Goriking is a another character from the show, and I think he is a villain. He features removable forearms that can be replaced with either a Gatling drill arm or a claw arm. The Claw opens and closes, and the Gatling mechanism works with a little effort. All arms appear held in place with magnets. 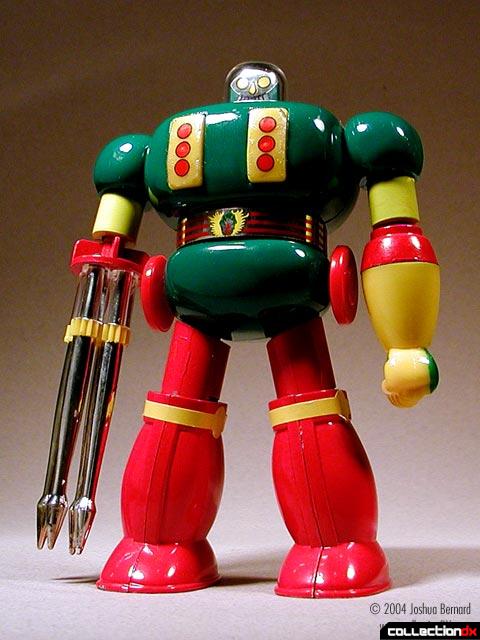 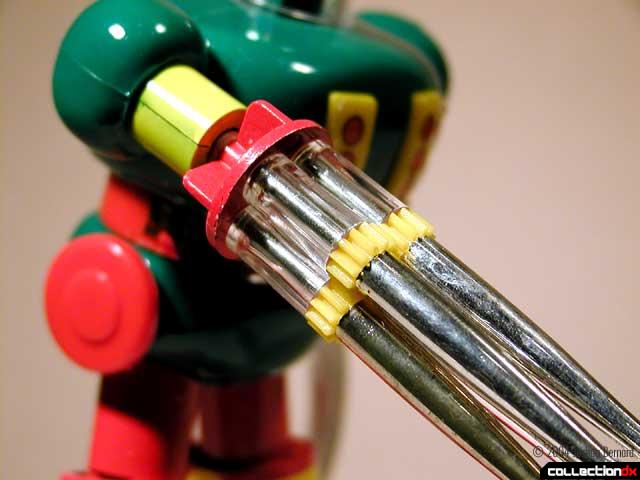 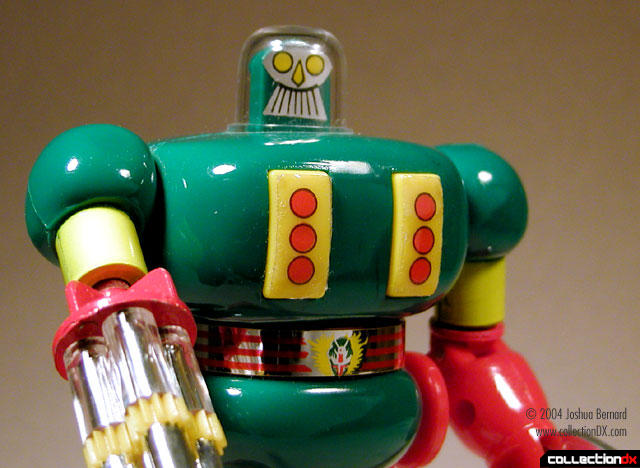 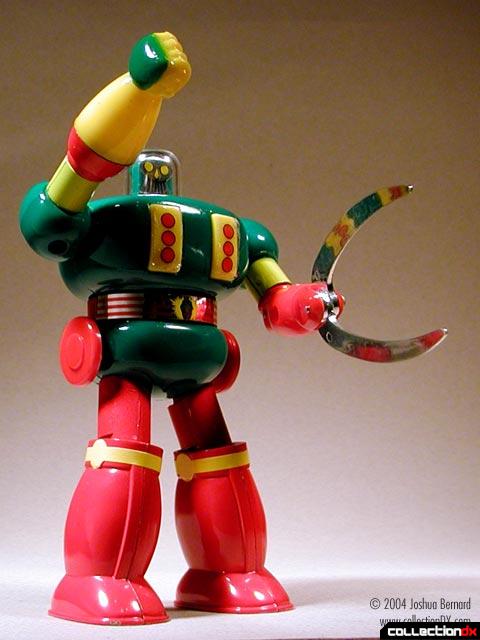 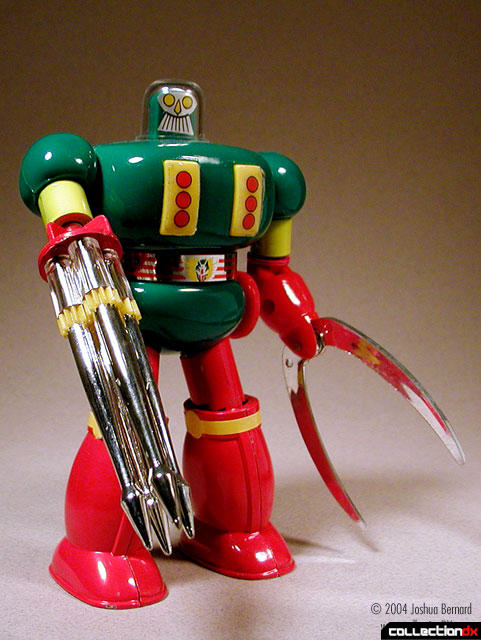 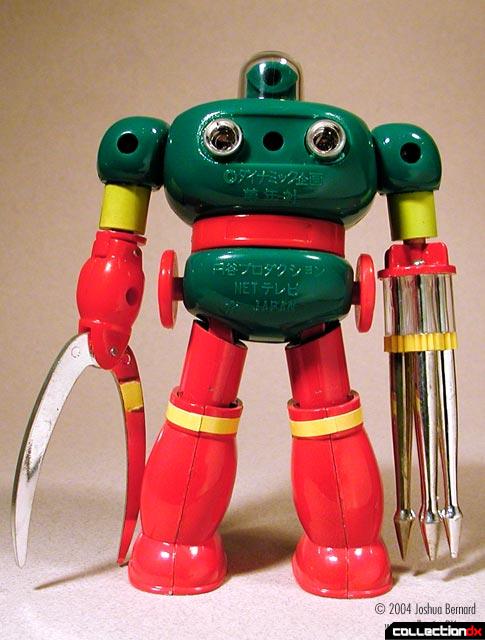 Goriking does not have as much metal as Astekaiser, but makes up for it with the crystal clear dome. He is simply one of the coolest looking robots I own. He is not perfect though. He has very floppy leg joints and has a tendency to lean forward or backward and his chest stickers can peel over time.

It is interesting to see just how much the toy has changed from the version shown on the box, which is probably a prototype. Note the fully sculpted face and embossed chest detail. Did Yonezawa run out of money?

Yonezawa also manufactured a smaller version of Goriking, but it is quite rare. I've never even actually seen one for sale.