Astekaizer hails from the show Star of Pro-Wrestling: Astekaizer (Pro-Wres No Hoshi Astekaizer), created by Go Nagai. The show premiered in 1976 and was a mix of live action and and animation. It followed the exploits of Hoshi, a professional wrestler who could transform into Astekaizer, a champion of justice. The show lasted 26 episodes, and wrapped up in October of 1977. 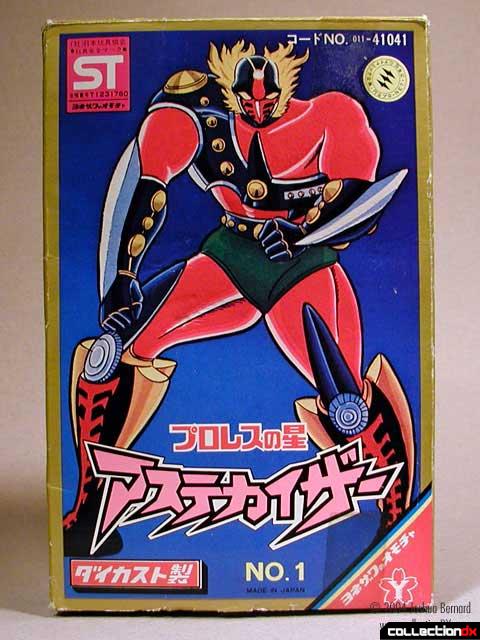 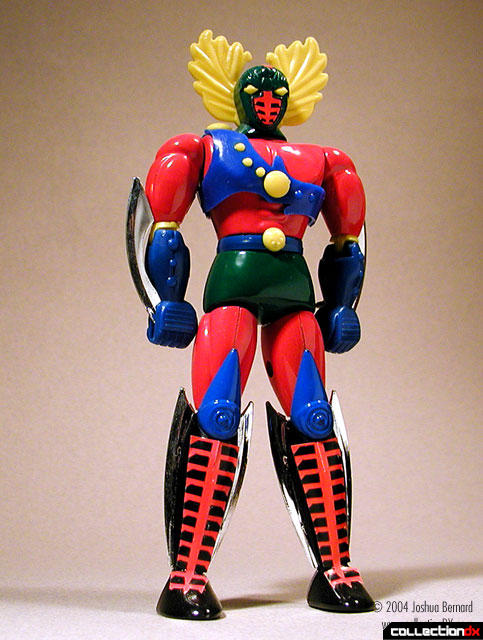 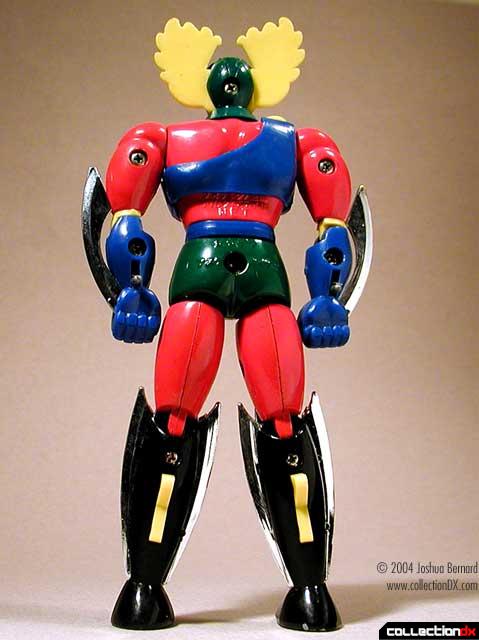 Yonezawa created an assortment of die cast toys for the series, including several of the main character, Astekaizer. 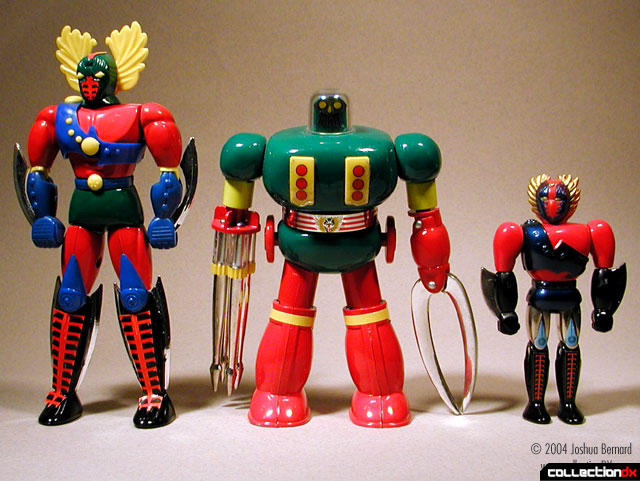 The No.1 Astekaizer is about 6" tall, and made almost entirely out of metal. Only the head, forearms and chest plate are plastic. This thing is a big chunk of metal. Articulation is limited due to the nature of the construction, but somehow it seems appropriate.

Flick a switch on the back of his wrists and chrome blades pop out. In addition, Astekaizer also can fire missiles from his heel! How crazy is that? Those missiles can fly across the room, so be careful. Also be careful handling Astekaizer, as the elbow joints are fragile and can break easily. 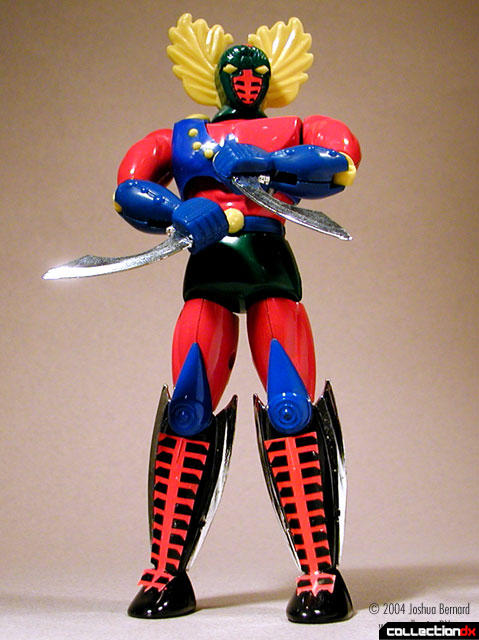 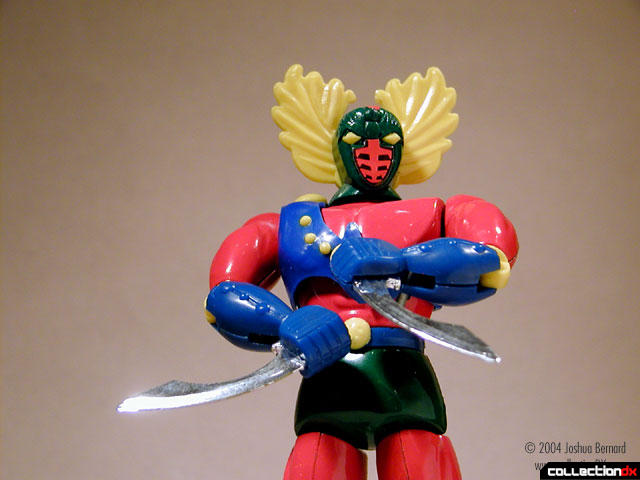 This is really a toy for those who appreciate old-school, non-poseable Japanese toys. It is just oozing with style. 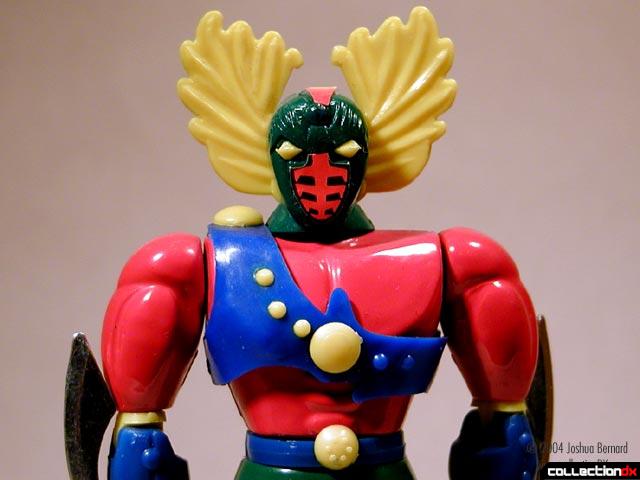 Later on, Empire Toys bought the molds to this particular Astekaizer toy and used it to create their Star Mites series. 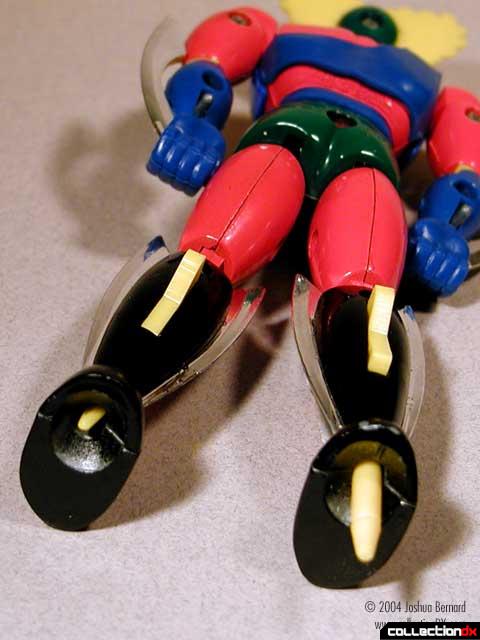