Zero Tester was a Japanese anime that ran from 1973-1974. I've never seen it, but It appears to be similar to the Thunderbirds as it features a numbered set of sci-fi vehicles.

Zero Tester 02 appears to be a sort of carrier vehicle that housed Tester 01 in the nose.

This is one of those toys I rescued during one of my Japan trips. I saw it in a display case in Mandarake for a measly 500 yen and I had to take it home. I had no idea what it was, but it was vintage gokin, in a box, for 5 bucks.

The box has been through the ringer but includes the foam insert. 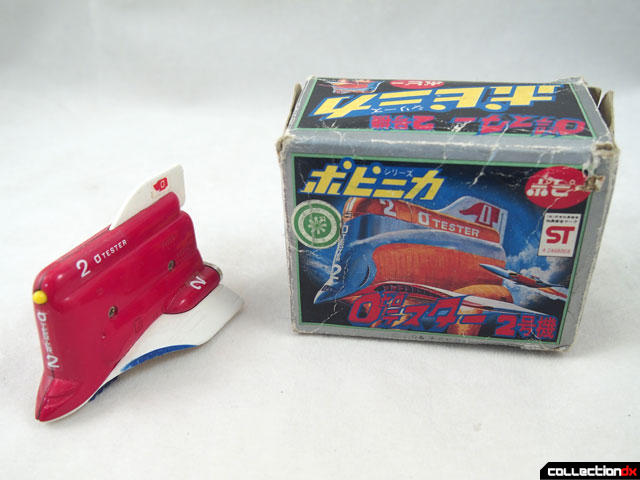 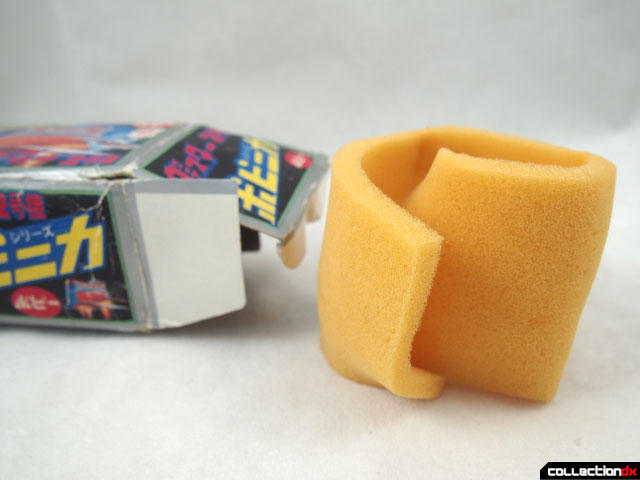 This was an early release in the Popynica line and it shows. Although it is not written on the box, this is number PA-14. The box art is painted instead of a photo, and the illustration on the back feels much older than the toy actually is. 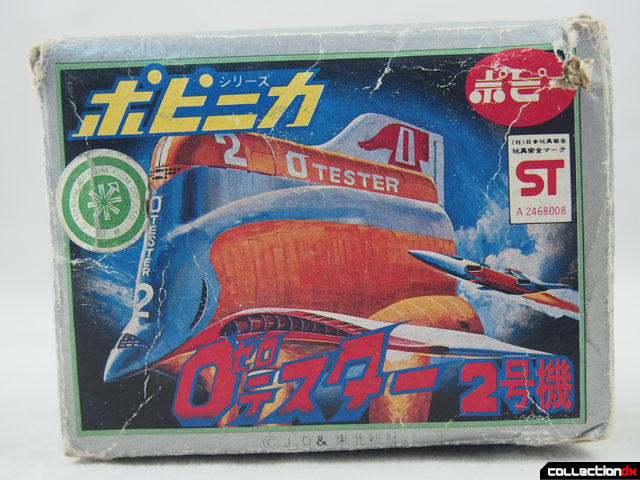 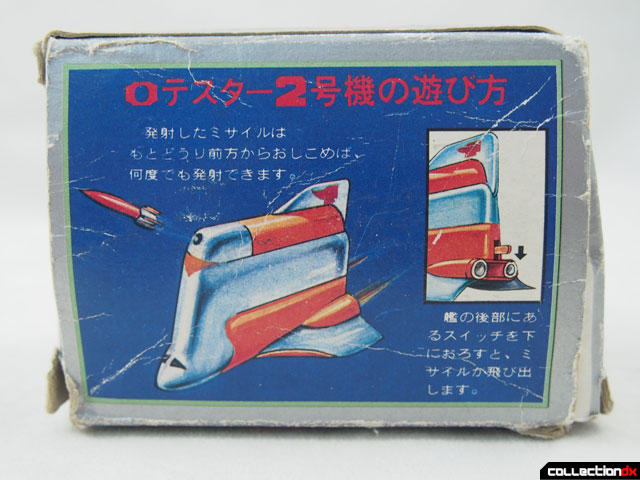 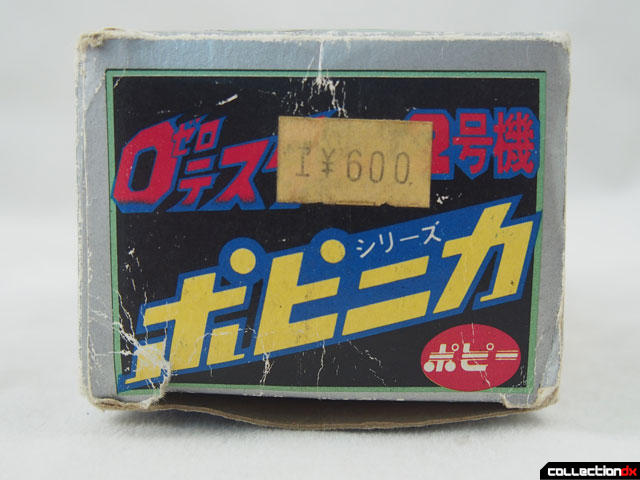 The toy is solid metal and only about 2.5 inches long. It has a primitive paint job and very blatant stickers. The paint is not at all accurate to the actual deco of the toy. 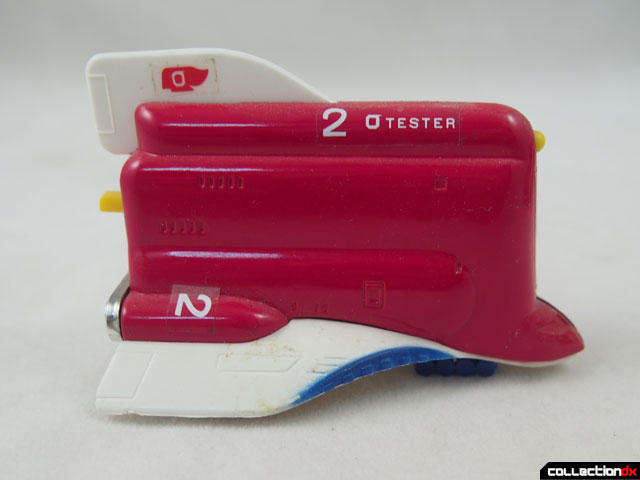 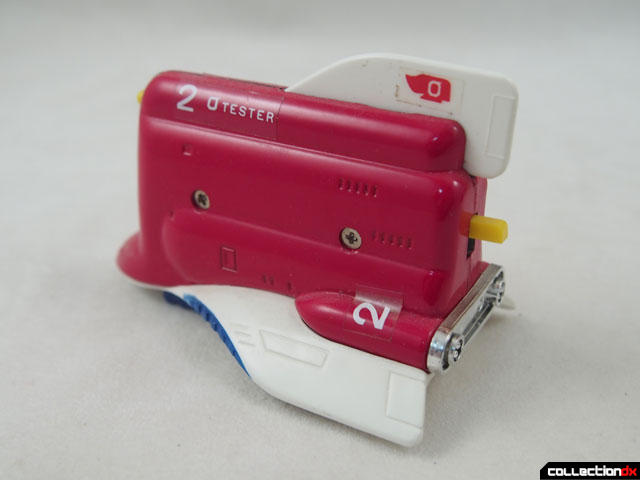 The lone gimmick is the spring-loaded yellow missile. It's activated by a lever on the back. 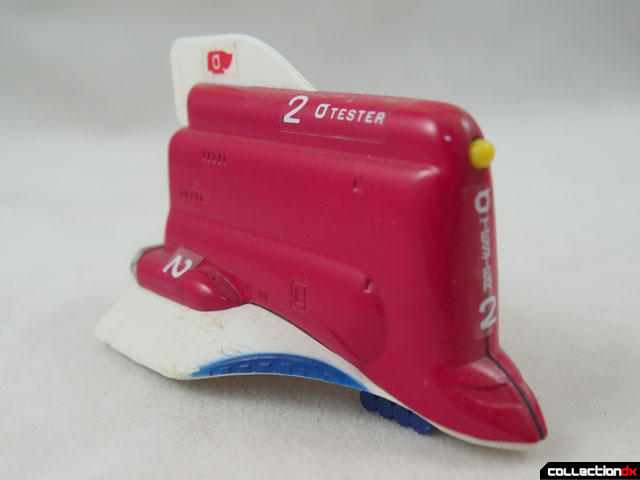 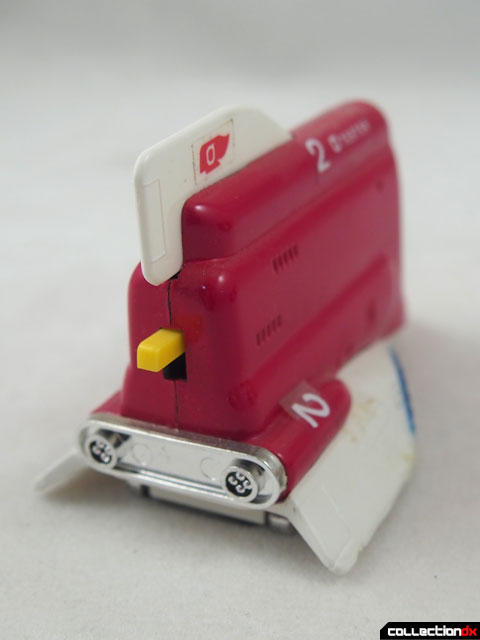 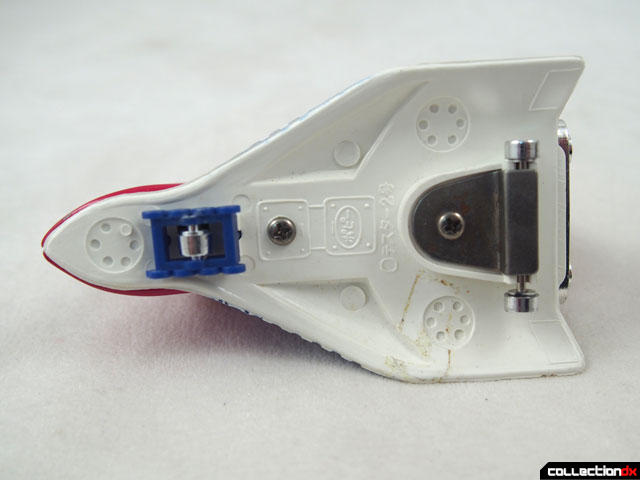 It's a neat, but unessential toy.