In 2006 I produced and directed a film called Young Birds Fly. One of the positive results of making the film was having the opportunity to visit Japan for the first time in 2010 and meeting many great people in the Japanese Mod scene in Nagoya and Tokyo. One friend I happened to meet was a gentleman named Toshiki Osuka, who was interested in seeing my film. I sent him a copy of the film with a cool Rhino Records T-shirt to fill out the package and Toshiki-kun said he was going to send me a package of Showa Era items in kind.

A month later I woke up to receive this HUGE package in the mail filled to the brim with all kinds of Showa Era goods, including Group Sounds records, Ultra Man books, Eighth Man Manga books and various other figures and cards. It was a wonderful present and it was perhaps one of the best packages I have ever received in my life. 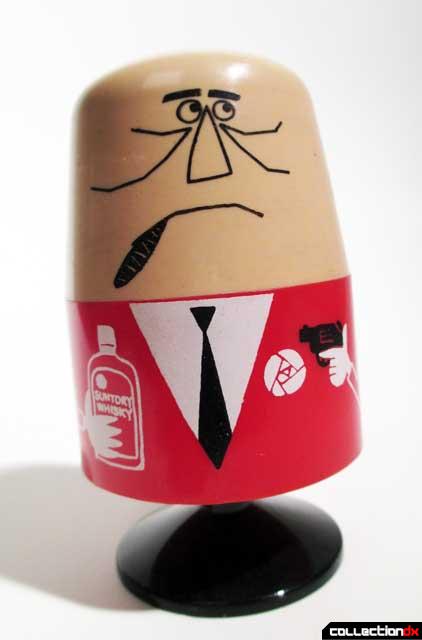 What was so great about the package was the many items included that I have never seen before, with this unusual but loveable Suntory figure being the highlight of the package. With some sleuthing and talking with some of my close Japanese friends I was able to get a background for this wonderful little guy. 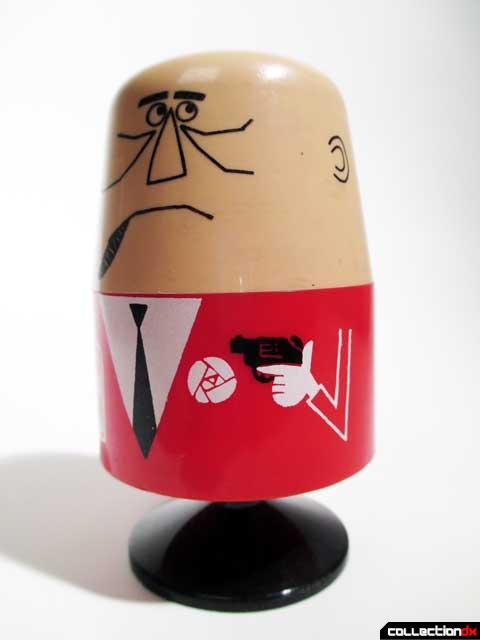 Uncle Torys (アンクルトリス) was the mascot for Suntory’s Whisky “Red” brand of inexpensive spirits from the late 1960’s-70’s and was named after the founder of Suntory, Mr. Torri Shinjiro. Uncle Torys was a popular character in the 1960’s with many of my Japanese friends who grew up in 1960’s fondly remembering their parents owning this figure. 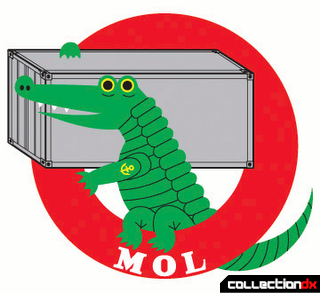 Although this item was released in the late 1960’s, Uncle Torys was originally created in 1954 by famed advertisement and art designer, Ryohei Yanagihara while he was employed in the Suntory advertising department. Ryohei left Suntory in 1959 and became a freelance artist and in 1969 he created his most enduring and iconic logo to date, the MOL (Mitsui O.S.K. lines) shipping container service Alligator Mark Mascot. 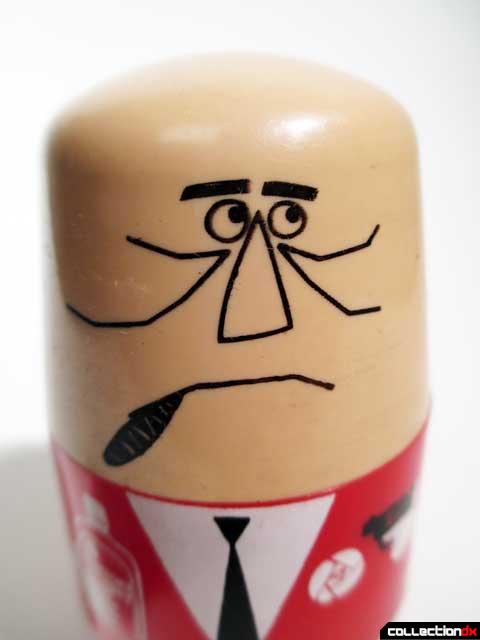 I Love the printing on this figure; his face is expressive although it is only few simple and rudimentary lines and very much of the art design of its time and typical of Ryo's excellent art style. I also love the spy theme of the figure of a suit and tie, cigar, Whisky “Red” bottle in one hand and handgun in another. The molding of the black, red and tan colors of plastic is used with great effect and a creative way of simplifying the manufacturing process. 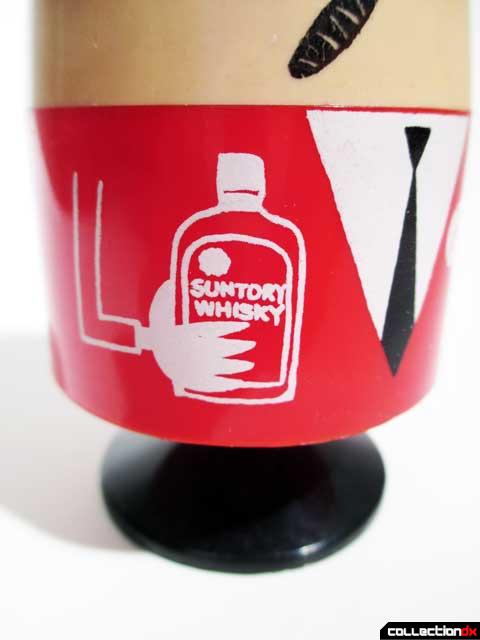 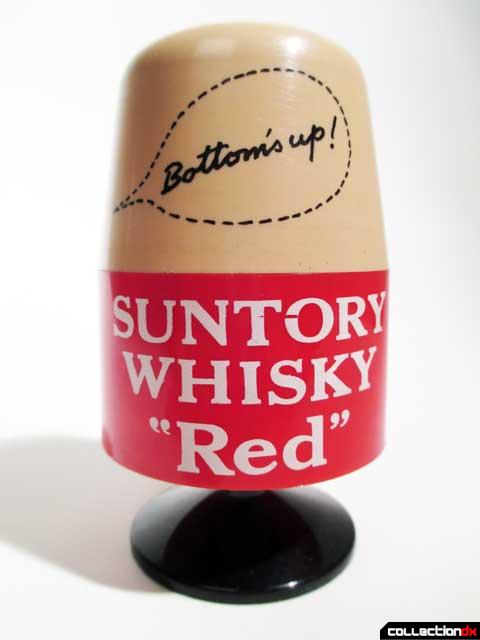 Throughout the figure you can see Whisky “Red” promotions, one is a tampo printing of Uncle Torys holding a bottle Whisky “Red” in his hand and in large print on Uncle Torys back. The proclamation of “Bottom’s Up” rounds out the good time alcohol related aspects of this figure. 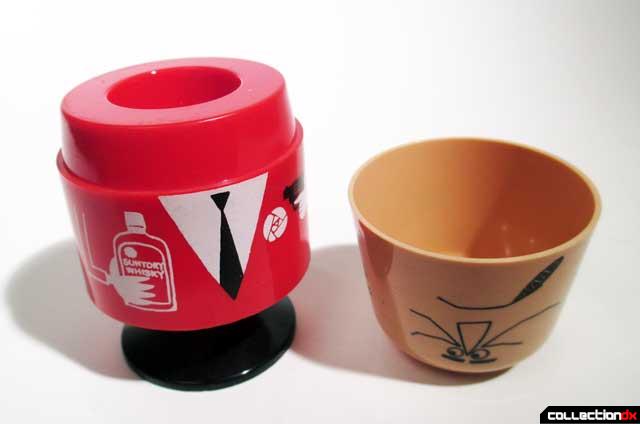 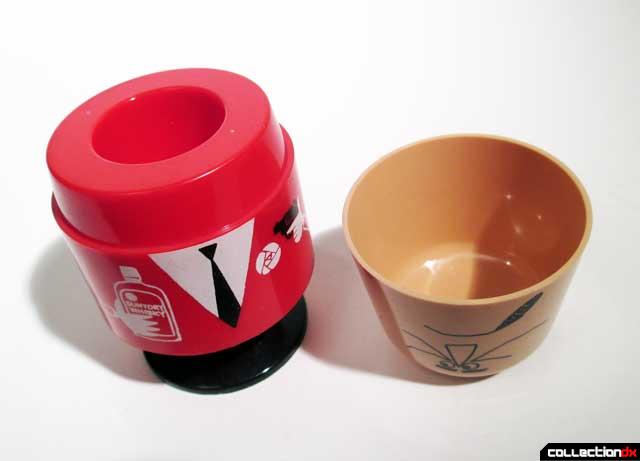 Uncle Toris is a wonderful little figure but is convenient as well. While Uncle Torys makes a charming figure he also doubles as a toothpick holder for olives used in mixed drinks. Just pop off Uncle Torys head to expose the toothpicks and you are ready to start mixing those drinks. 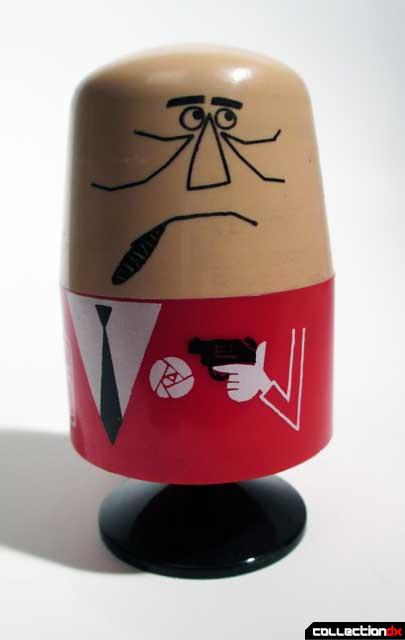 All around Uncle Torys is a wonderful little figure representing the swinging 60’s Showa era Japan. Even if you are not a drinker, Uncle Torys still makes a classic 60’s Japanese figure for those of you who love Showa Vintage. Thank you Toshiki-kun for sending me such a great figure! Special thanks to Hitomi-san, Midori-chan and Yoshiko-san for sharing your memories of Uncle Torys with me.

Uncle Torys is still around!

Leo! 8 Man and Astro Boy and other cool stuff? So awesome! And the Uncle Torys is really cool. It seems to me that Suntory always has some catchy theme or character over the years - remember their celebrity commercials or better yet the Mildboy/Apogee & Mildgirl/Perigee that became Lov-Bo-Gi Bots?

And Veef, thanks for the other link. I'd probably smile like that if I had those pretty girls hanging out with me haha.

Yes I was blown away by the pure scope of the package, incredible items that need to be properly displayed!

As stated above Uncle Tory's is still being used today by Suntory.

Uncle Torys is all around a great guy, women want him, men want to be him!