Kenpō Robo was first released in the Machine Robo: Revenge of Cronos line as one of the martial-arts based humanoid robots, and included a transformable vehicle shell that wrapped around the figure in the same vein as Transformers Pretenders. This Kenpō Robo was re-released under the Machine Robo: Battle Hackers line as the pilot of one of the phenomenal Power Riser (Raizer) suits, also used by the lead human characters.

The box measures 9 ½” * 6 ¼” * 2 ½”, and features crisp photographs of the toy and the very striking yellow-texted box design of the Battle Hackers line. I just want to add that I love the edited photo on the back and sides of the box, with the motion blur effect of Kenpō Robo getting ready to tear it up! 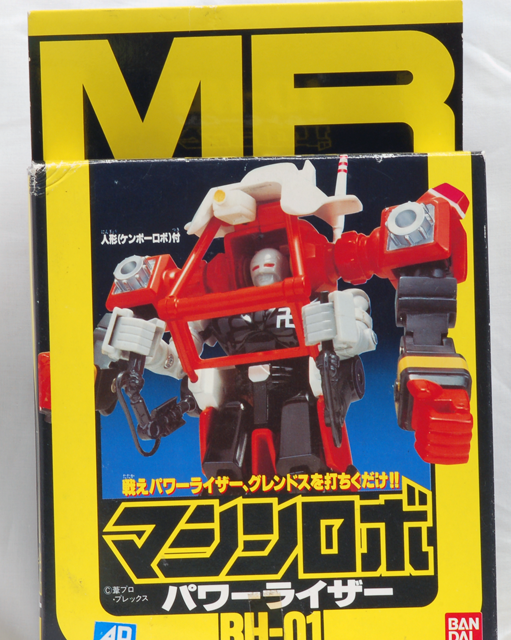 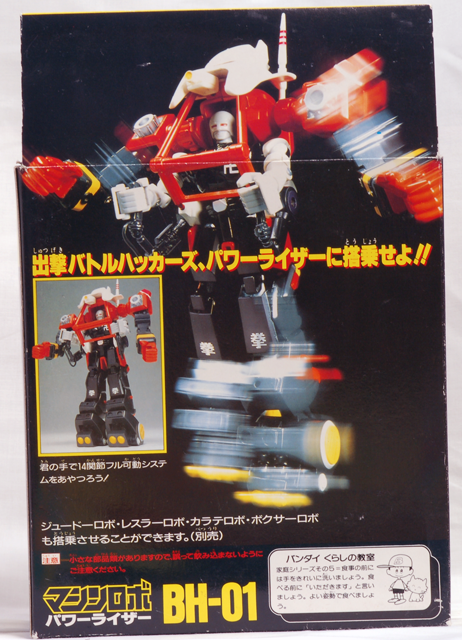 Inside the box we are greeted by a well-fitting Styrofoam tray holding the toy and accessories, and a folded up instruction paper. I do not know if the instructions were originally in a bag or anything, as my sample was already opened when I got it. The instructions feature how to mount the Kenpō Robo figure in the Power Riser suit, along with a diagram of the assembly and articulation of the suit.

When we remove the toy from the tray, there are just three pieces to attach, the large white armor piece for the top of the roll-cage, the red antenna that can mount on either side of the back of the suit, and a small white camera/sensor unit that fits on the top of the roll cage right in front of the armor piece. The Power Riser suit clearly owes some heritage to the iconic Power Loader featured in the 1986 film Aliens. The exoskeleton legs, control arms, and roll-cage frame all evoke an industrial and functional aesthetic, rather than the pure flash and fancy style of designs like Baikanfu, from the earlier Revenge of Cronos. 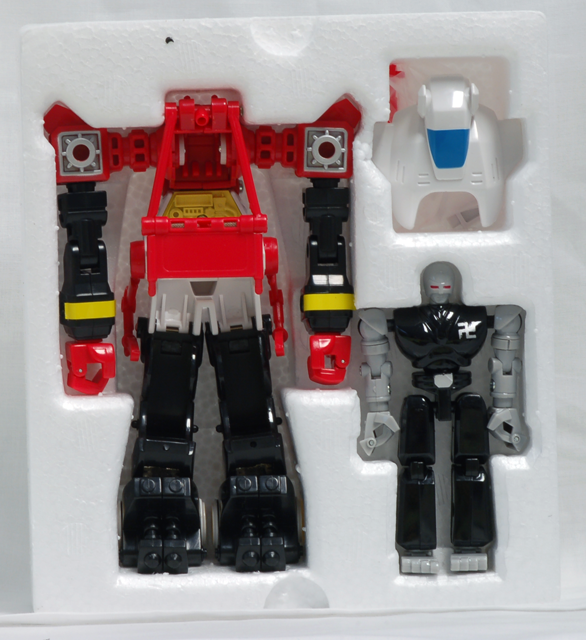 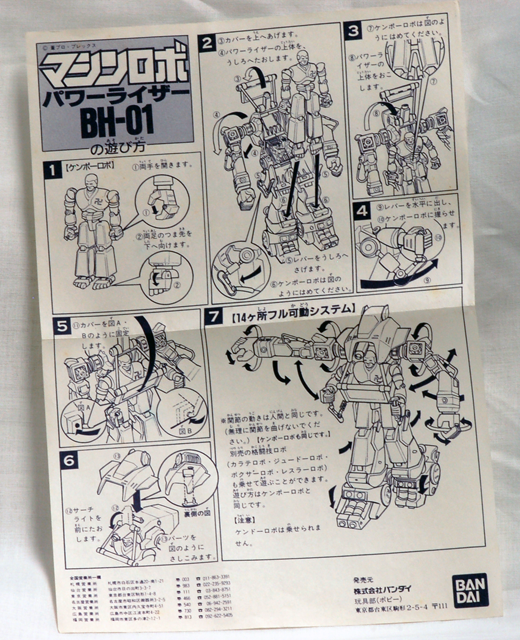 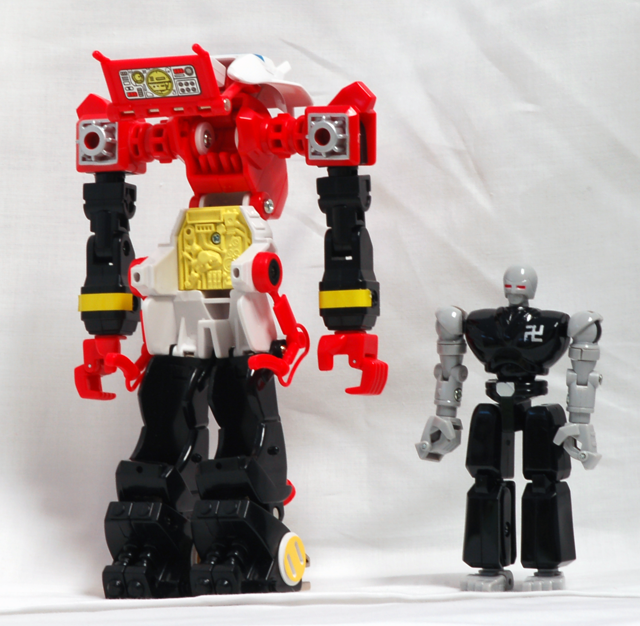 We’ll discuss the Kenpō Robo pilot figure first, and then look at how he interacts with the Power Riser suit. In Revenge of Cronos, there were a line of highly articulated humanoid robot figures, each based on different martial arts. According to Wikipedia, the term ‘Kenpō’ refers to a number of different types of martial arts, depending on where you are. Kenpō Robo features a diecast body painted in a nice glossy black, with matching plastic legs and matte grey plastic arms, bare feet, and head. A sticker on the back of the figure labels it as Kenpō Robo, and there is a swastika sticker on the chest, a symbol with importance in many Eastern religious and spiritual groups. He features amazing articulation, with dual-axis shoulders, bicep swivels, elbows, wrists, opening hands, a ball-jointed waist/midriff, dual-axis hips, ninety-degree knees, swivel ankles, and a toe joint. Thanks to all of this articulation, Kenpō Robo can be posed dealing a world of hurt, including awesome punches with those big knuckle dusters, and high kicks! 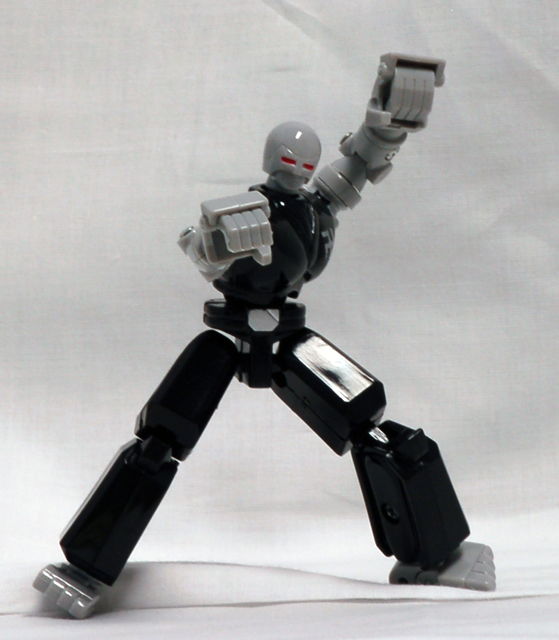 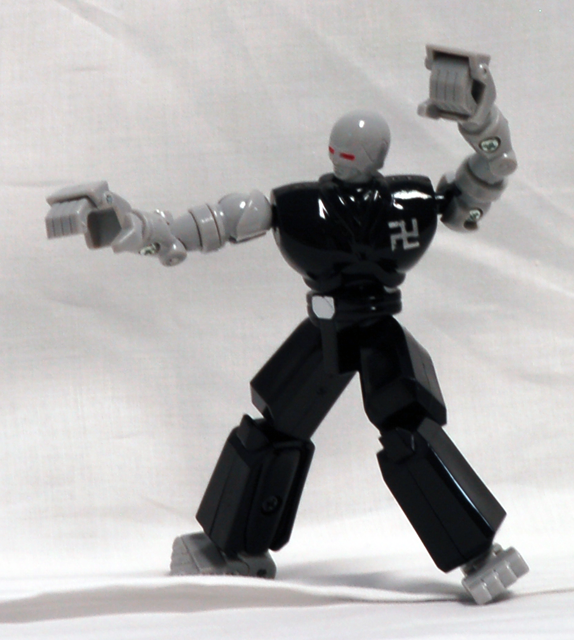 The Power Riser is constructed mostly of plastic, but features big chunks of unpainted die-cast metal in the feet for balance. The Riser features good articulation, including a full range of motion in the arms, opening hands, limited hip joints, and the toe piece moves a bit to help balancing a walking pose. Painted and sticker details are minimum, but the sculpt looks great all on its own. The biggest sticker is on the inside of the front panel of the roll-cage, looking like a control panel or HUD of sorts. Kenpō Robo fits right into the Riser suit like a glove, and with the roll-cage down, is nice and secure. The control stick arms of the suit hinge up into position so the pilot can have both hands on them, and there are enough room and movement for the pilot to pose like he is working the sticks, instead of just holding them both level. Combined with the great articulation in the arms, it is easy to make it look like the pilot is really working the suit, rather than just riding in it. The figure is rock solid, balances great in a standing pose, and can be balanced in a convincing walking pose as well. Between the Kenpō Robo figure and the Riser suit, this set offers great play value, and is still fairly easy to track down today! 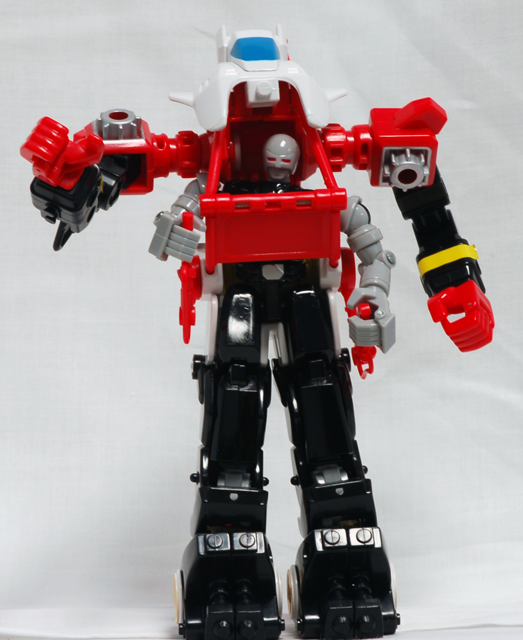 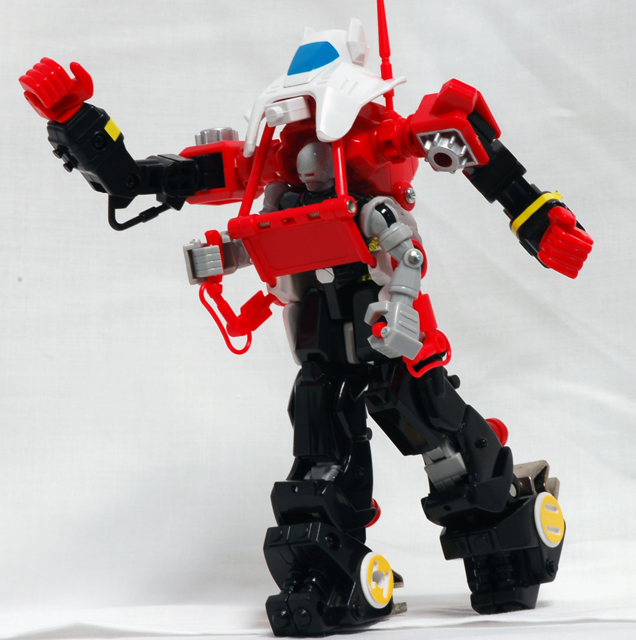 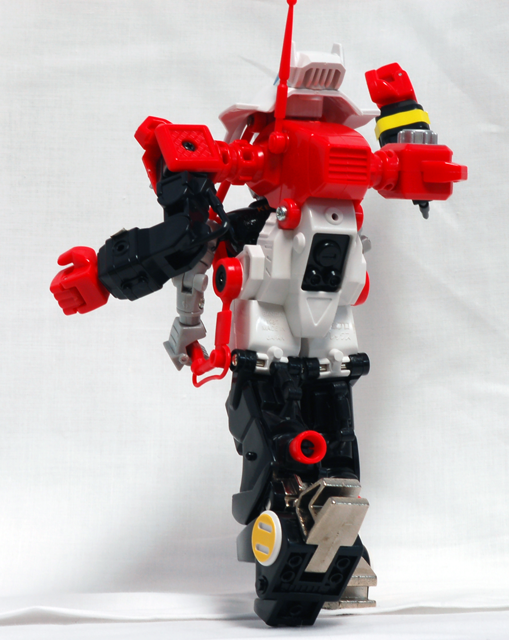 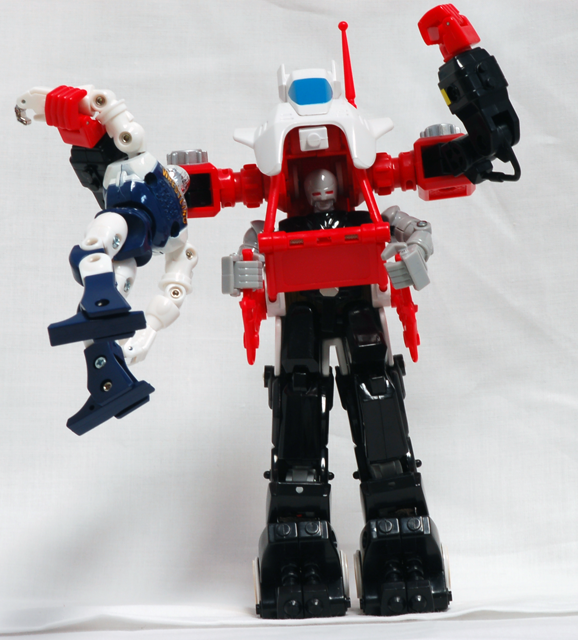 8 comments posted
I allready know what the

I allready know what the repsonse to this is going to be,but I would not really be comfortable with having a toy robot with a swastika on his chest proudly displayed on a shelf in my home.

The Nazi regime used the swastika and reversed it. If you notice the Nazi one goes clockwise while the eastern religious one goes counter clockwise.

It's a common thought... you'll also notice it's not at an angle on the toy.

There are other excellent figures in the martial-arts themed robot subset, and I'd strongly recommend you check out some of them if you at least like the look of this one. They are extremely well-designed figures both for when they came out and even now!

I'm well aware it predates the nazis,but unfortuantely myself and most other people are not going to see past the nazi connection. It was too succesfully repurposed.
Kind of like how I won't say to a friend,"Check out that bitch!" when I see a female dog. Yes,that's the original meaning,but to 99% of Americans (the people I most often am around) it's a derrogatory term.

Cool toy. I know next to nothing about these old school Machine Robo figs (as well as the "in-between" Transformers you know so much about, Ben). It's good to have you enlightening old fogies like me as well as others who may not know as much about these more obscure lines!

Regarding the Swastika stuff, folks might need to get over it. This is an Asian toy made for Asian people. What happened in WWII was repugnant, but the Swastika has been around for 3000 years as a symbol of harmony and life (as least to us, Hindus).

One of the best MR toys, in my opinion. You beat me to him! He's been sitting on my photo table for a month now. If you don't mind, I'd like to call dibs on the yellow version, also available for a steal on ebay right now, and a slightly more deluxe package.

Go for it! The only other one I have is a Battle Hackers version with no accessories... the human-ey Battle Hackers pilot fig is a BIIIIG step down from the Robo here!

Looks like Prometheum ain't the only one with this guy.