Space Hero is definitely a name we've heard before, but this particular version is one that only seems to have popped up last year. When I saw the first one on Ebay, I was surprised and, in fact, a friend of mine in Italy initially believed it to be a hoax, a fake toy that was "Frankensteined" together using parts from other toys. It turned out, however, that the seller had multiples of the toy, and more continued to surface from other sellers as well. Perhaps this toy was part of the warehouse find that happened last year and was not widely distributed (if at all) when it was manufactured? Regardless, we now have a Great Mazinger-headed Space Hero to go along with the Combattler and Atoranger versions. 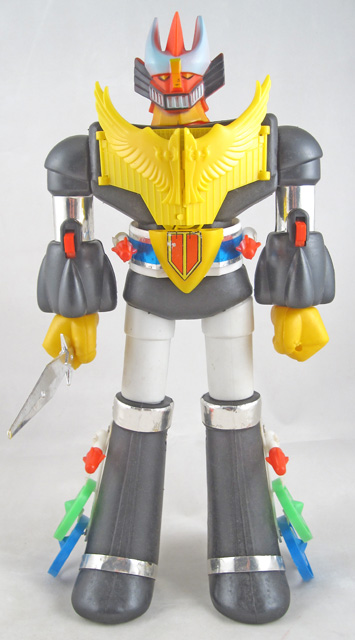 This Space Hero uses the same arms and legs as both previous versions, but only shares the torso with the Combattler version. It has, however, a different opening chest piece and belt than that one. The chest piece here is nearly identical to the one on the Atoranger-headed Kimpo Warrior, with the only difference being that this one is split down the middle so it can open up and it has no painted highlights. The belt is the same as that Kimpo Warrior. 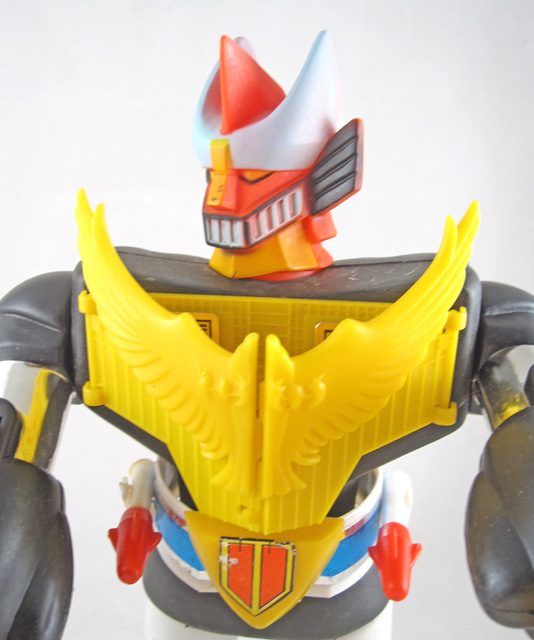 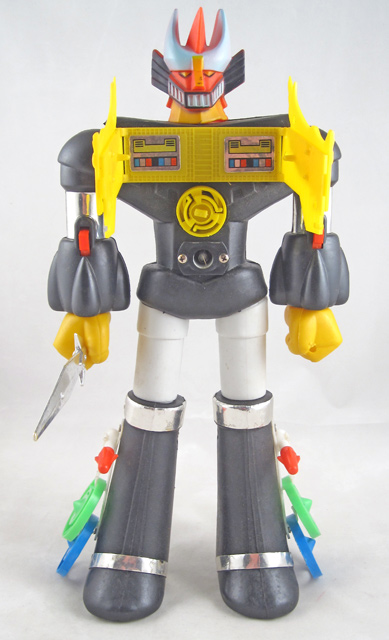 I had assumed before getting it that this toy shared the same head with the Great Mazinger-headed Kimpo Warrior, but seeing the two side by side dispels the notion. Although they are the same sculpt, the one used here is slightly smaller. I know it's hard to tell in the picture, but trust me, they're different. 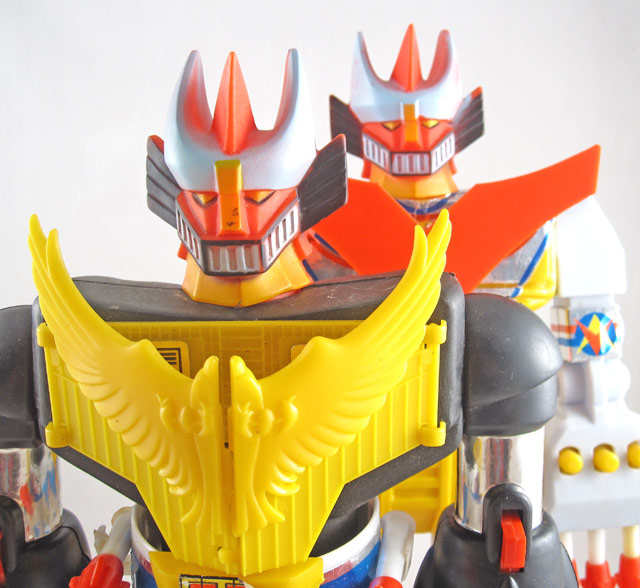 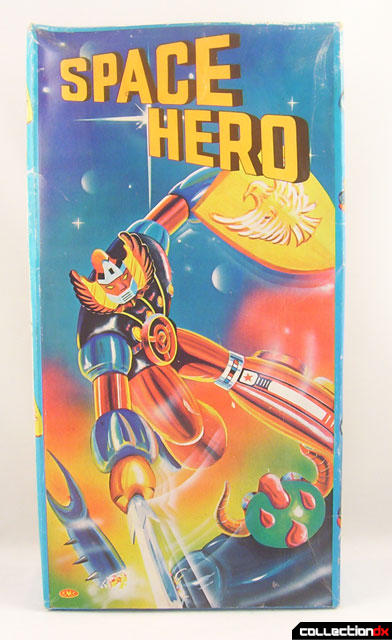 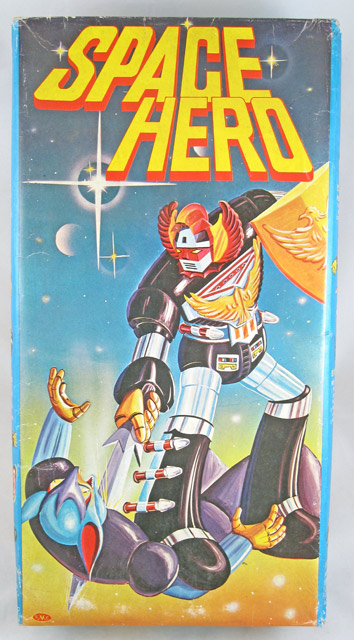 All three toys include a chromed sword, but this version is the only one that does not come with a shield. 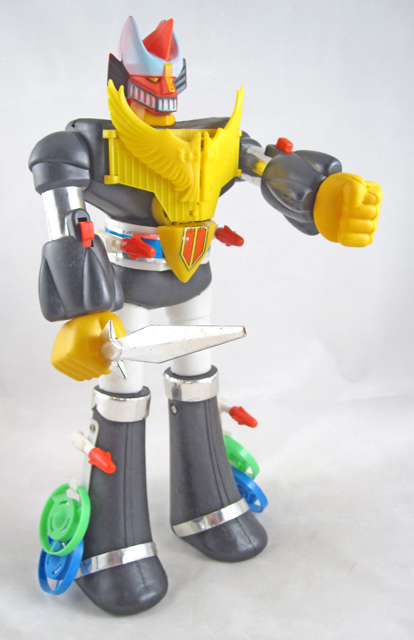 I love this. My only complaint is that the opening chest doesn't reveal anything. It would have been the perfect place for a spring loaded missile, or a light-up gimmick.

It's just a lost opportunity.

I did catch the disk launcher actually, but it's fairly low in the belly. There's still plenty of bare space in the upper chest.

You know, I totally tease you for liking silly toys, but looking at this guy, I totally see the appeal of the bootlegs. The mash-ups and wild side of the knockoffs are just so unique and fun. These are really toys for the sake of toys.