As I begin to type now, I've just completed writing the reviews for the Boss Borot and Gordian bootleg machinders and I worry now that I'm going to sound like I'm just repeating myself. But, yet again, here we have a strange bootleg junior machinder that seems to have just come out of nowhere, having never been recorded before it's sudden appearance on Ebay in May 2008.

This one is unique in that it, with the exception of the missiles it comes with, it appears to be an all original design and does not share any parts with other existing junior machinders. This gives the toy a completely different look from the known toys in this genre and made it all the more desirable to own for that reason.

Robot di Pace ("Robot of Peace") stands 10" tall, making a one of the smaller junior machinders out there and a kindred spirit with the Viking and Goodrock toys.

You can raise and lower it's arms as well as turn the head, but that's it for articulation. Both fists shoot when you press the button on the arms and a single missile can launch from the waist by pressing the button on the back.

The head is made of soft vinyl while the arms are hard plastic. Everything else is polyethylene. Not only is the sculpt for this toy all original, but it appears that the stickers are, too. I don't recall seeing them on any other bootleg machinders. 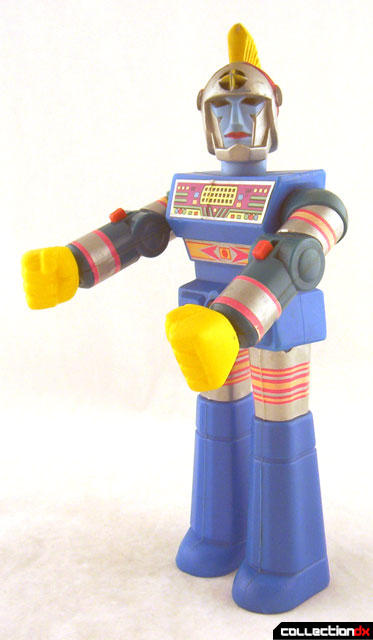 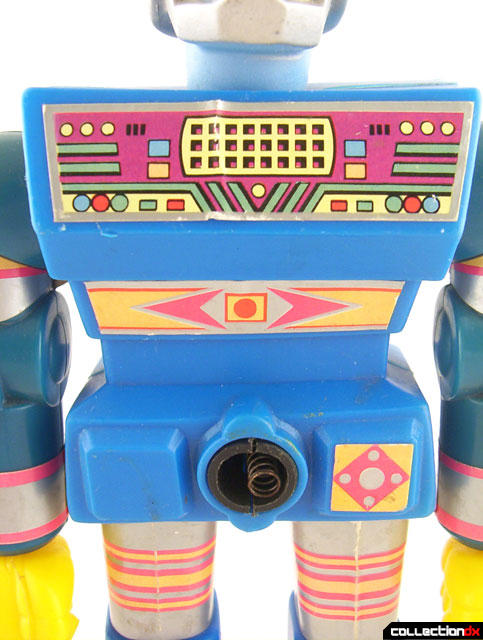 While most junior machinders are made in Hong Kong and sold in Italy, this one was made in Italy. Were it not for the fact that the name of the toy is Italian, I might think that it was sold in the UK, which is where the seller I bought it from was located. That would certainly explain why we hadn't seen it before, since the UK is not exactly known as a machinder hotbed. 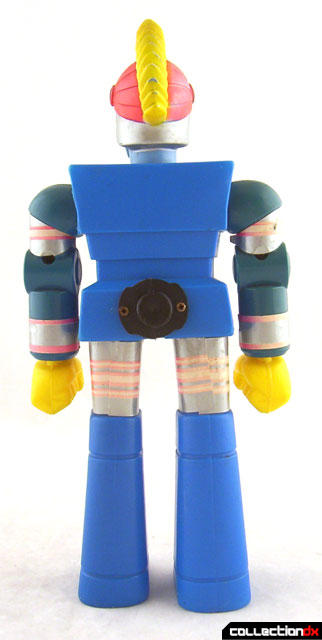 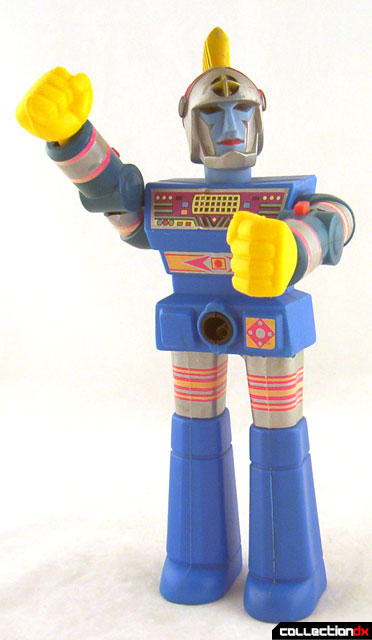 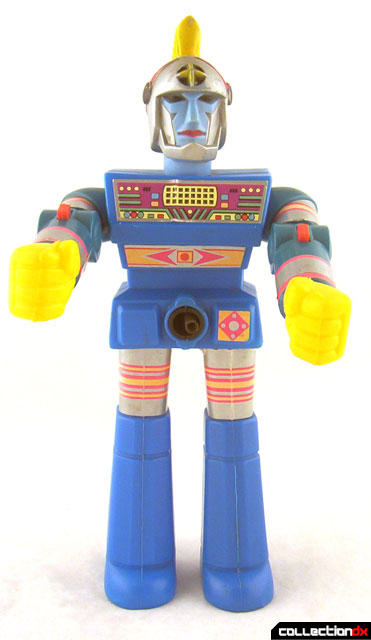 2 comments posted
Heh...saying it shoots from

Heh...saying it shoots from the waist is being generous! Another junior I'll have to keep an eye out for. At least it has the word "robot" in the title, so I may have a chance when searching E-bay.

This thing is MAJESTIC.