I've never been a really big fan of Jeeg, yet this is one of my favorite junior machinders. Maybe because you don't see it too often and it's very distinct from all the others that share similar heads and bodies and stuff. 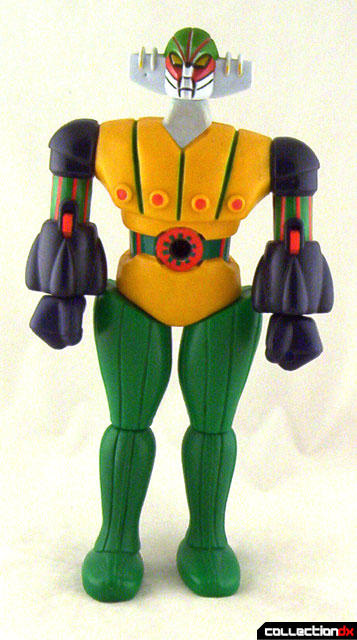 Of course, having just said that, it is true that this one does share the same arms as many others, the ones having originated with Robo Kress. But so many of these toys have those arms it would almost seem strange if it didn't so I don't hold it against the toy. In fact, I think it works pretty well on this character, certainly much better than on toys like Dangard Ace or Pegas. 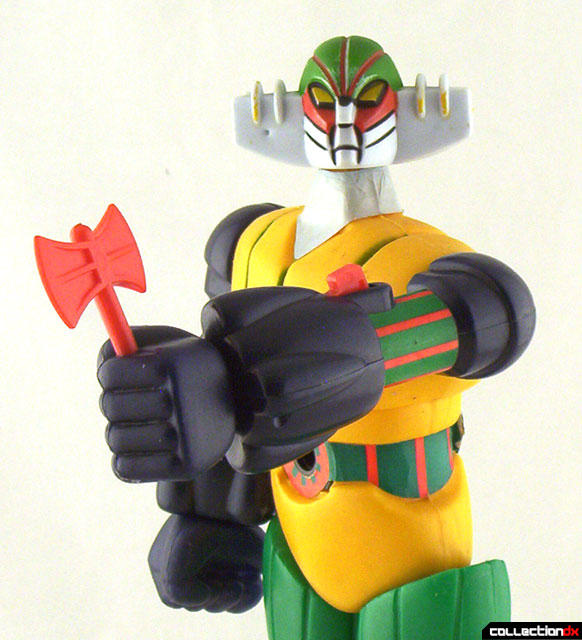 Jeeg is about 14.5" tall and seems to be made entirely out of polyethylene and hard plastic, even the head which is usually soft vinyl. Both fists shoot and the left fist can hold an axe. This weapon again is included with a great many junior machinders. It's final piece of artillery is a missile launcher located in the waist. Unfortunately, mine doesn't shoot anymore. 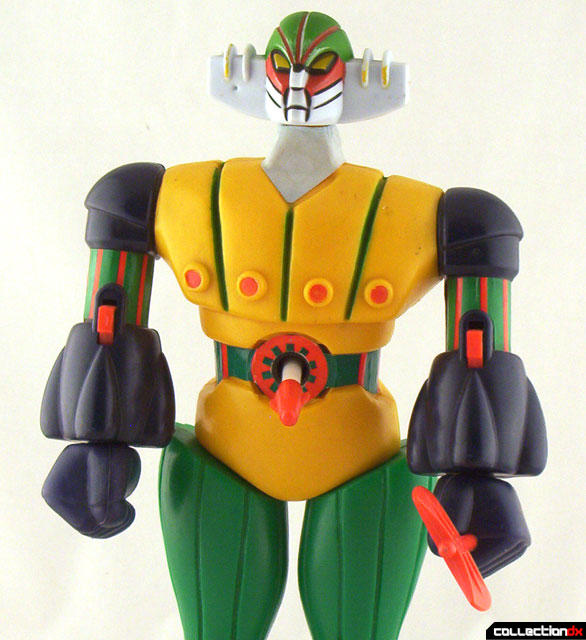 Jeeg has stickers on the arms, waist and neck and is articulated at the knees, hips, shoulders and neck. It comes in a nice box with some colorful and appealing artwork on the front. There is another, rarer Jeeg junior machinder out there, but I don't have that one. In fact, I can't even remember what it looks like. 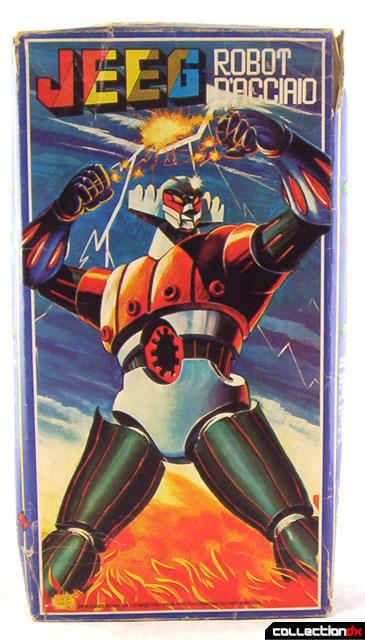 This toy, as you might expect, is for die-hard Jeeg and machinder fans only.

6 comments posted
I love this box, and

I love this box, and something about the head is strangely compelling to me.

Yeah, the box is nice. Fortunately, this was offered to me by a friend in a lot with the Dangard Ace and Gundam Junior Machinders. Unfortunately, he didn't have the box for the Gundam and I'm still missing it! (Queue Jerilock gloating....)

I may have a picture of the alternate Jeeg Junior Machinder this weekend. If it arrives, I'll post it up.

Here's a pic of both Jeeg Junior Machinders side by side, as well as a much smaller version that I forgot about. Notice how the rarer one on the left is bigger than mine and has some interesting features from other robots (the design on the pelvis from Grendizer and mouth grill from Mazinger. Side of the head look familiar too. Baratak, maybe?)

That one on the right with Daikengo's head and Gundam's body is pretty rare, too.

You always come up with these cool juniors. I haven't seen any on sale on Ebay in many months, assuming I'm even searching for them correctly.

Do you have a method for finding these you'd like to share, or is it just through acquaintances?

I'd say 99% of it is stuff I've just found on Ebay. No real secret method, other than good old fashioned hard work and diligence. The next junior machinder I will post, Kimpo Warrior, I also got from my friend, but other than those 4, I think they were all Ebay buys.