Before we go forward, let's take a quick look back for a minute, shall we?

Since it is the most copied toy in the junior machinder category, I often must reference the Robo Kress bootleg, a toy that was based on an original Japanese toy by Takemi (which unfortunately, I do not own). And if you've been reading for awhile, you may remember a toy made by the same company (Galba) that I condemned as being the worst Combattler V toy ever made. Remember this guy? Our old friend UFO Star Boom? 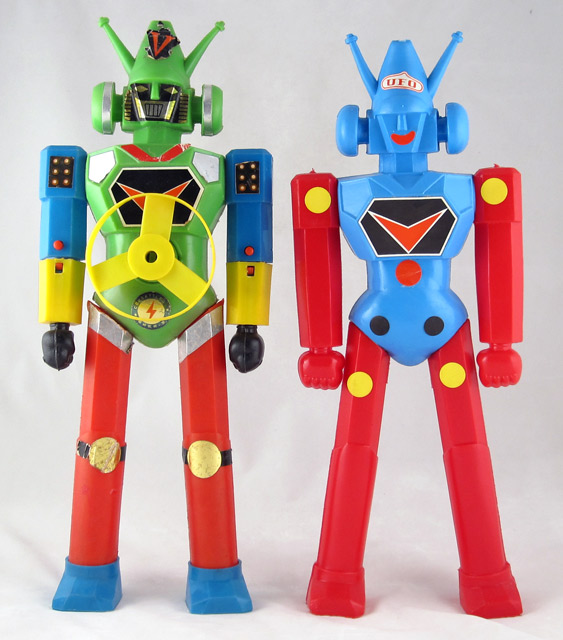 Well, since the Robo Kress was not an original design, it shouldn't have come as any surprise that neither was the Combattler. And yet it did. This past week, whilst doing my regular Ebay searches I saw this guy in a preview picture and didn't even need to click the auction to recognize the similarity. 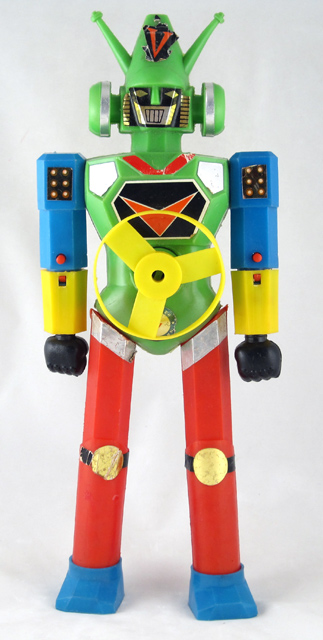 Of course, I knew right away that I needed this and sent an offer to the seller, which he graciously accepted. So soon I would be able to unite these two "long lost brothers". 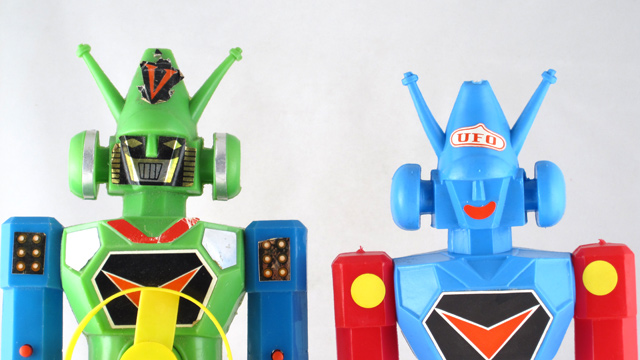 But something seemed unusual to me. In the seller's description, he said the got it at a train station in Japan. Now, I am well aware of cheap bootleg Japanese train station toys (called "zokki") but this just didn't fit the profile. I'd never seen a Japanese toy that looked this....bad. Yet, I had no reason to doubt the seller.

When it arrived, the story would become clearer. There is a sticker on the stomach that says "Combattler" in English and the rest of the writing appears to be in Korean! A-ha! So it's not Japanese after all, but Korean. That makes sense, especially since I've seen a similar style toy from there before. (More on that in another review!) So how did the seller get mixed up? Well, I asked him if he ever lived there as well and he said he did make a brief trip to Seoul as a child and that his dad often went there. So it must've been purchased on one of those trips, brought back to Japan, then back to the US and finally to me! I love being able to trace the travels of a toy like that. It's great to know what adventures a toy has had before settling in your hands.

Combattler here is about 15" tall and as you can see from the pictures above, has more play value than the Italian "Star Boom" version. Both fists can launch (although the left one is missing the spring) and there is a big disc shooter in the stomach (this too, no longer functions). Now, when I say that the fists launch, I mean the entire forearms, yellow and all, not just the black fists. Fortunately, those black fists can actually be turned since it is a separately molded piece held in place by a screw inside the forearm. 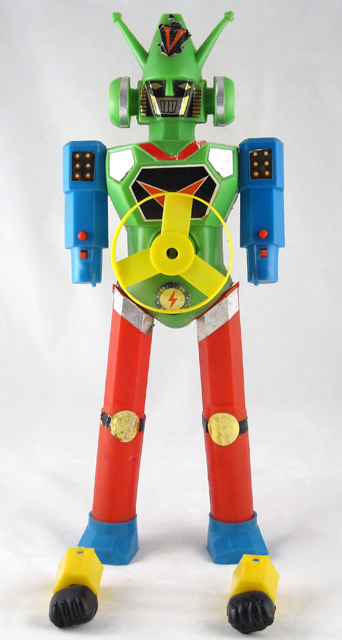 The blue feet are also attached via a screw inside the bottom of each foot. The color scheme, while ludicrous, is very appealing in a goofy way. And while there is no "Star Boom" or dot stickers, I think I like these ones better than the knockoff version. At least it's sort of got a proper face.. even if it does appear to still be smiling for some reason. 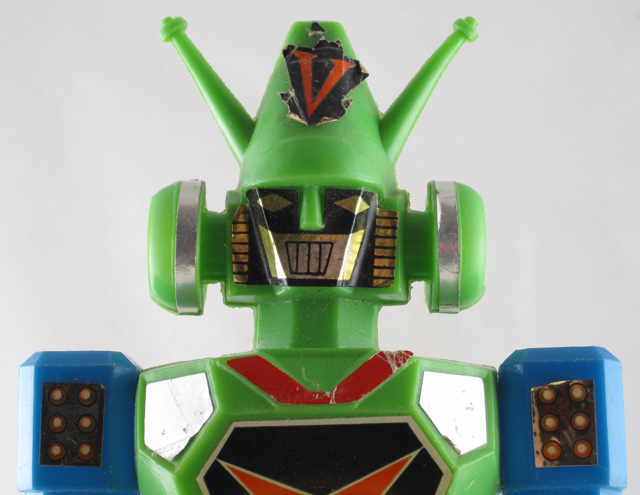 All lightheartedness aside, I am extremely happy to have added this one to my collection. I consider it an important find, mostly because most Korean toys are those hard plastic bots that we used to cover very often. While interesting and often amusing, those are really not my thing. As a sort of polyethylene junkie, this is a rare find and it's connection to an existing part of my collection only enhances it's appeal.

There's definitely a lot more to discover from Korea. Check out this old magazine picture from a Korean marketplace that was sent to me a couple years ago. There is a rare unknown Taekwon V circled in red, but you can also see a Reideen, a Grendizer, a Robot Keiji K and a Hiyata from Ultraman! 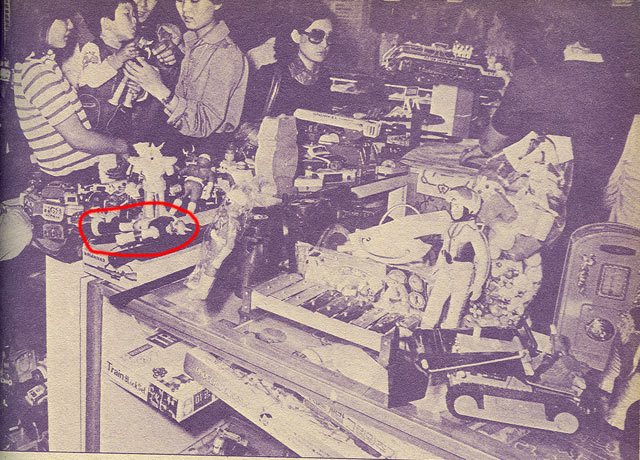 To think that my mouth began to water at the mere thought that this was going to be a review of the Bandai Soul of Chogokin GX-50!!!!
However, great review as usual, NekroDave. I love these cute bootlegs although I do not collect them.

Glad you got that! Anything to add to the Halloween atmosphere... ;)