Garada K7 is the first villain in the Soul of Chogokin series, and one of the very few Garada toys available. 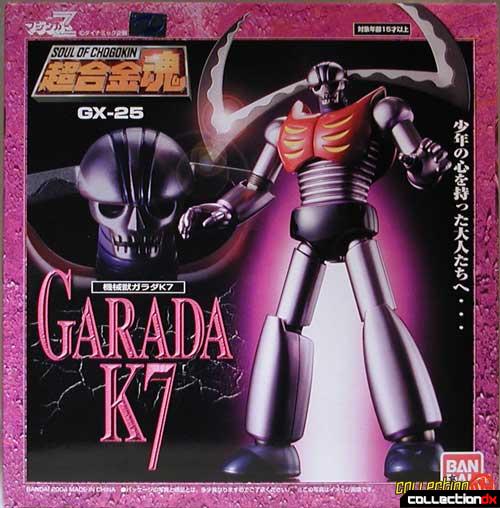 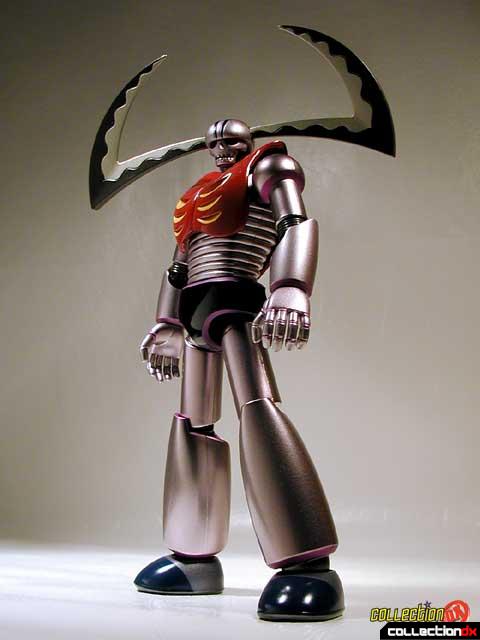 Garada borrows a lot of parts from previous SOCs. The lower legs and arms come from the OVA Mazinger Z. Most people assume that the entire lower half is from that toy, but if you look carefully, the feet, upper legs and waist are different, although the only difference in the waist is the manufacturer's mark. There is not as much metal in this as in previous SOCs. The head, forearms, and chest are entirely plastic. 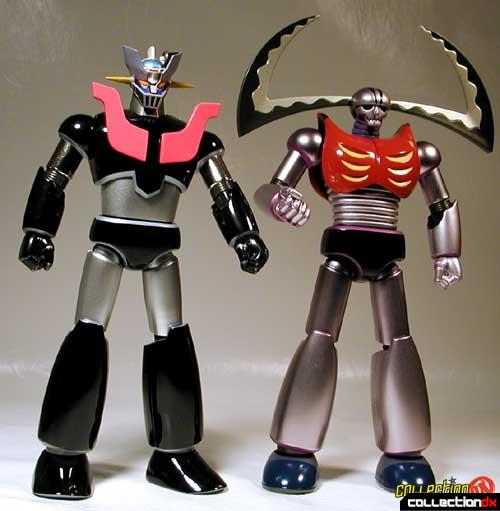 Garada's has some cool features, such as a bendy arm (not spring), removable head scythes, and eye missiles. The missiles just plug into the eye sockets; they do not fire. 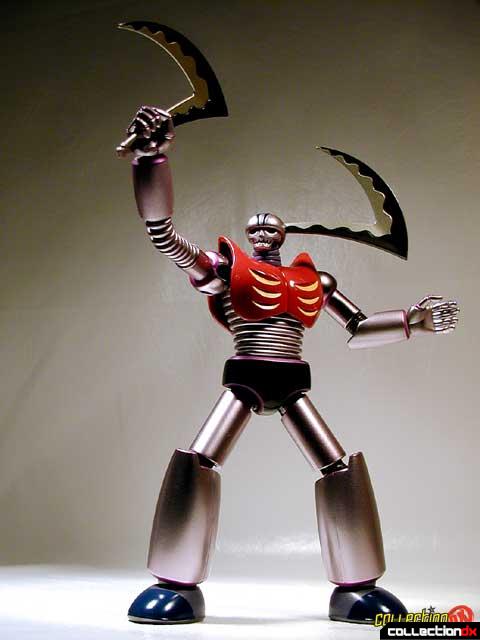 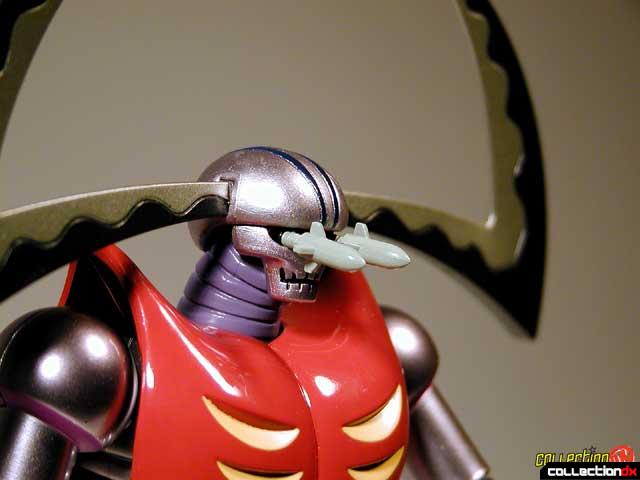 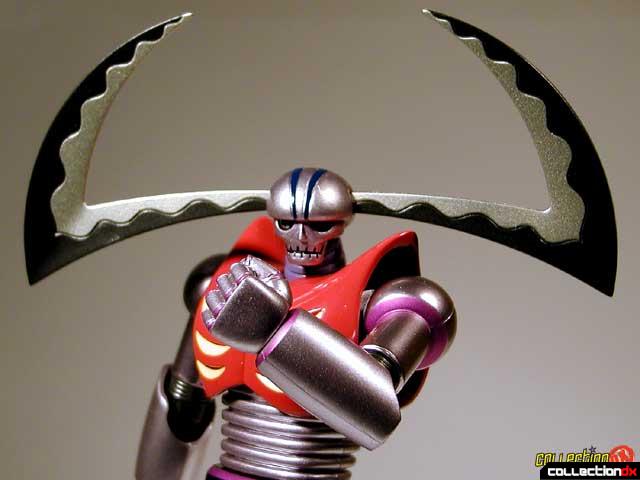 The base is the same base used with the OVA Mazinger Z. Bandai provided small plugs to put in the holes to allow the extra hands to connect to it. The name plate is not a plate, but a sticker, going back to the earlier style. 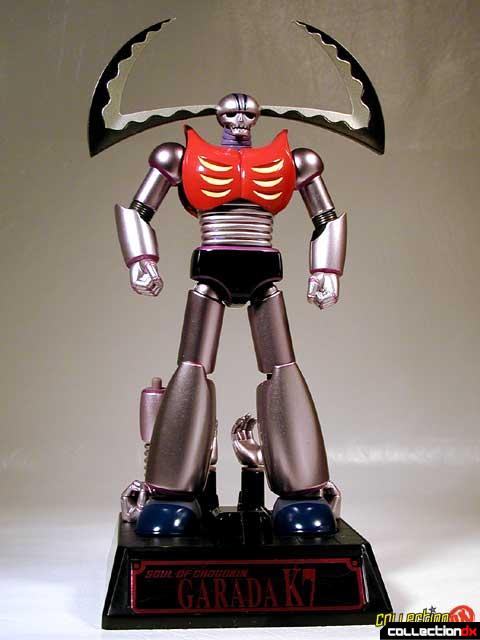 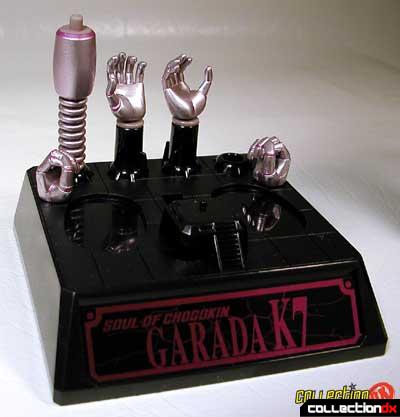 Garada is a cool toy, but you can't help but get the impression that Bandai threw this one together as a quick revenue maker. From the borrowed parts to the cheaper name sticker, Bandai just didn't put 100% into it. It's worth the Ã‚Â¥5250, but I just think they could have gone the extra mile and didn't.