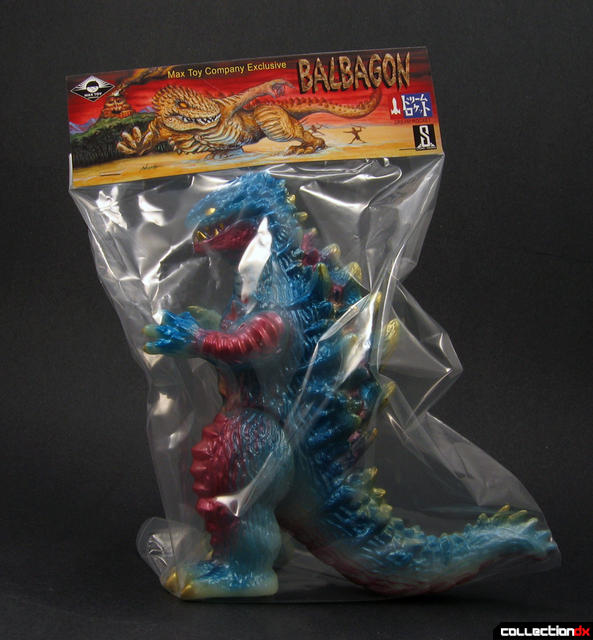 Mark Nagata, owner of Max Toy Company--and all-around helluva guy--has put out some gorgeous vinyls thus far in the young life of his son-inspired company. Some are all-new creations based on his killer "Captain Maxx" character. Some are collaborations with other companies to make Max Toy Co-exclusive variants of existing figures. Balbagon is among the latter. This glowie Balbagon represents a partnership between Max Toy Co and Dream Rocket, a vinyl kaiju company known for ferocious sculpts of non-character toy monsters (original non-media-based characters). The color scheme Mark came up with here is puuurrrre LOVE! 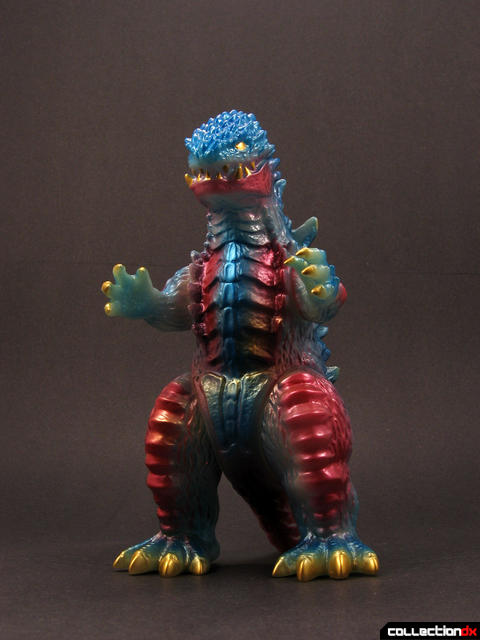 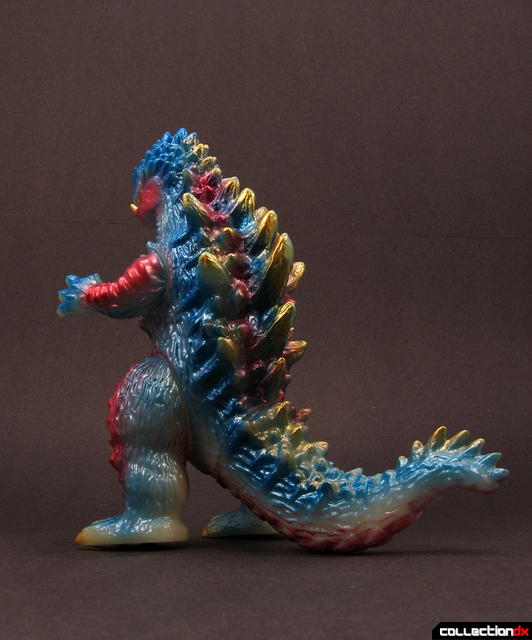 Now, I'm no urban vinyl/designer toy aficionado...but I ain't stupid. I know slammin' kaiju when I see 'em! This is slammin' kaiju. And that's all I need to know... 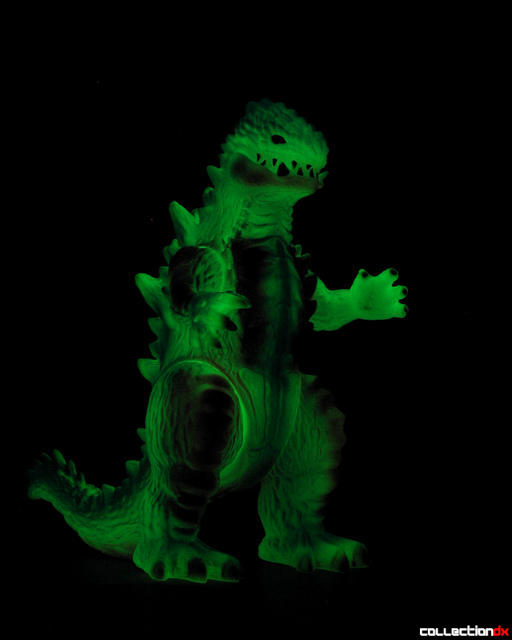 And it doesn't matter that this is an all-new toy envisioned in some contemporary artist's mind, as opposed to a representation of some long-standing character that has existed in numerous forms in numerous media for decades. This is pure toy, folks. The roots--the very soul of these urban/designer vinyl kaiju--lie in Japan, as Mark tells us. They're sculpted with a sincere reverence to the Japanese kaiju character toys of yesteryear. This sincerity shows.

They stand of the shoulders of giants (giant kaiju, that is). Word is bond.

Now just sit back, relax, and enjoy the pics! 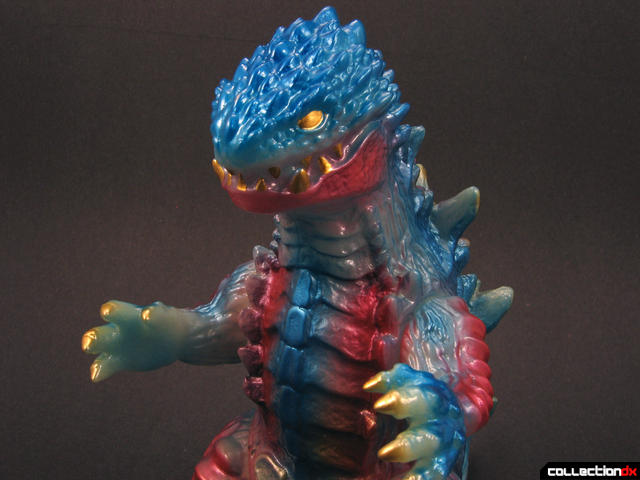 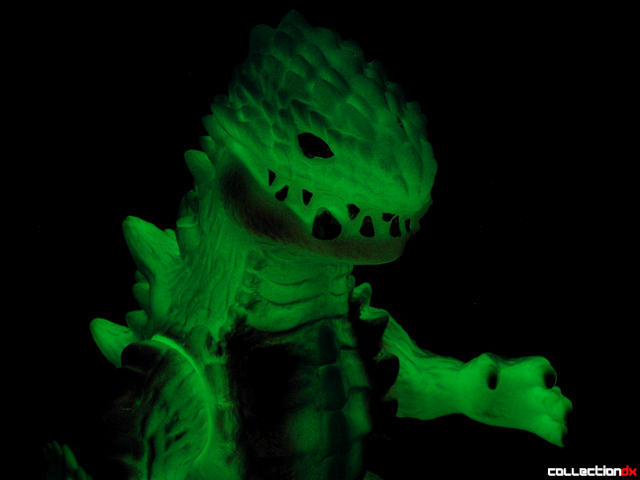 I will post some pics of Balbagon and the new Alien Xam soon: Omni-Monster!!!

This is so beautiful! Gotta get this GID version! Thanks for the great review Sanjeev