Knights of the Zodiac is a futuristic action series that follows the adventures of Bronze Knight Seiya as he leads his team in battle against Phoenix and the Black Knights for control of the Golden Cloth of Sagittarius. The first wave of action figures from Bandai America debuted at retail stores starting in January 2004, with additional action figures, role-play toys and a playset coming in the fall. 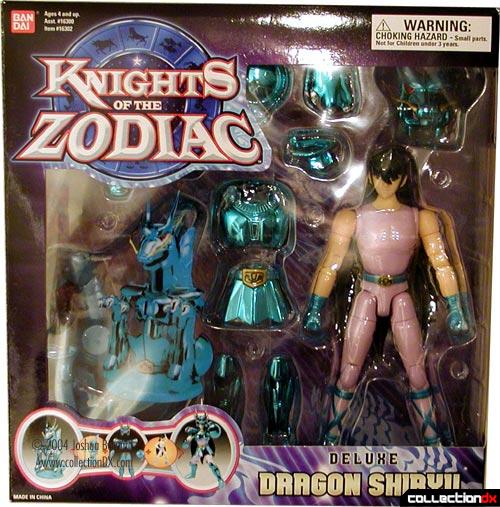 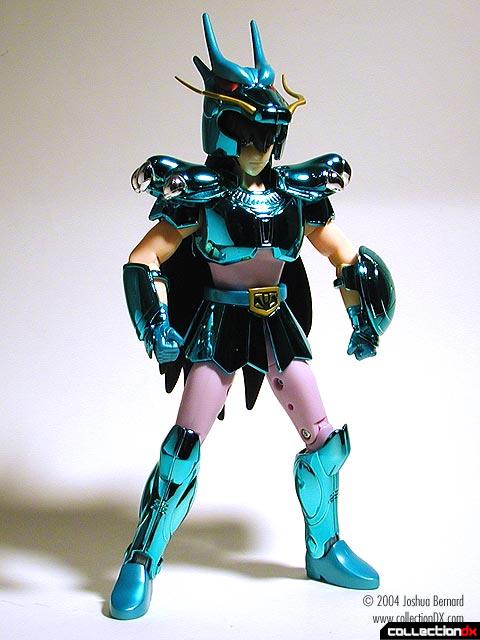 Cartoon Network currently airs the Knights of the Zodiac television series on its Saturday Action Block at 12:30 AM. The show debuted in late August 2003 to spectacular ratings as the #1 show in its time slot and has since remained popular. 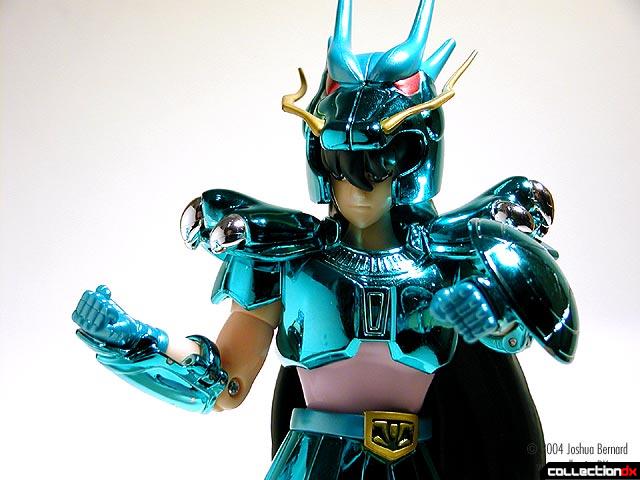 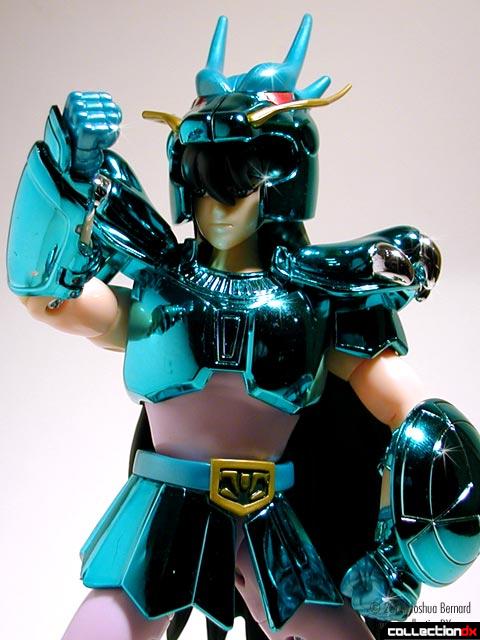 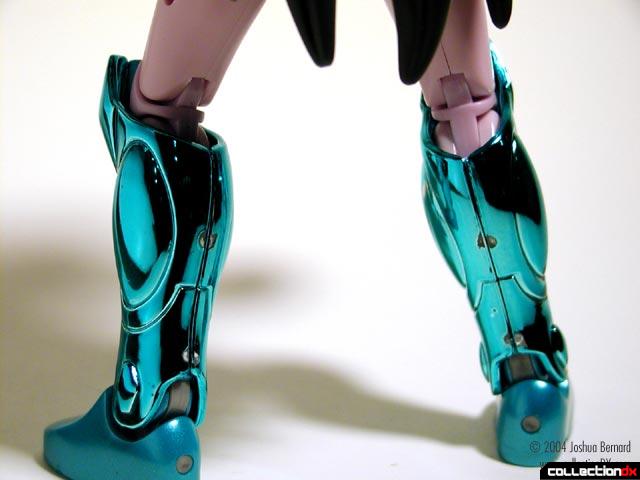 This particular figure is the Deluxe Dragon Shiryu. It is the exact same toy as the 8" Saint Seiya Dragon Shiryu released by Bandai in Hong Kong. The figure comes with a set of chrome-plated cloth, which they wear during their hand-to-hand battles. The cloth can also be removed from the figure to form the character's corresponding zodiac sign, the symbol from which they draw their mystical powers. 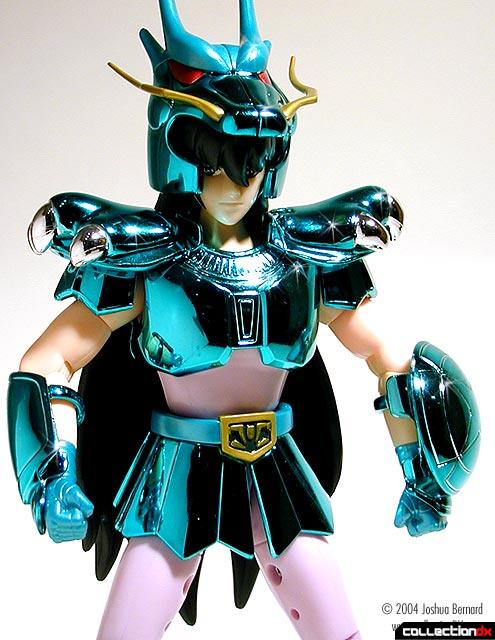 Dragon Shiryu is a cool figure. Without his armor, he can be put in almost any pose. The ankle joints are particularly nicely done. When you add his cloth armor, you lose some mobility, but you make it up in looks. The armor is pretty easy to get on. Most parts have pegs that fit into the figure for a secure fit. 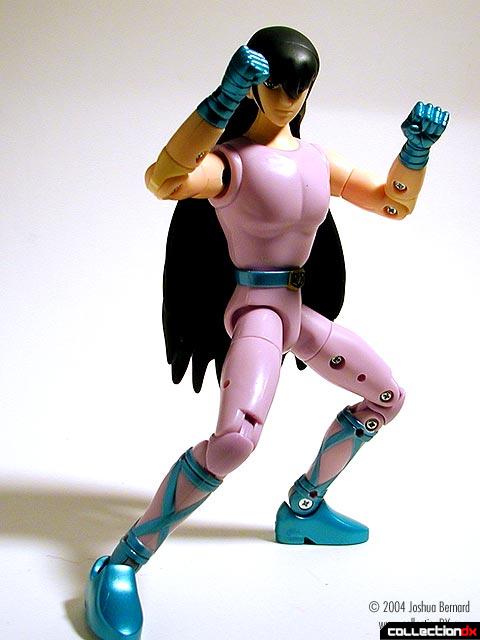 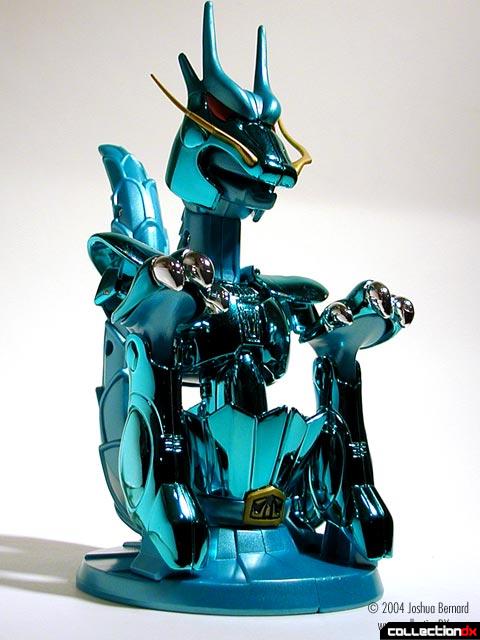 The paint and detail are nice, but I found that the chrome chipped on certain pieces of armor. Also, there are marks on the armor where they were clipped from the sprue on the factory. As a collector, I was a little disappointed in this, but the kids won't care, and that's who these are really aimed at.

With a suggested retail price of more than half the Japanese version, you can't go wrong with this toy.