The second of Bandai Creation's 12" Classic Godzilla vinyls is MechaGodzilla and this time, he stands a legitimate 12" tall. At first glance, it's a more impressive looking toy than the Godzilla, but I think that after owning both for a few days I've come to like the Godzilla just a bit better. Most of that may have to do with the fact that I have about 10 other Bandai Godzillas of various sizes and styles and am now displaying them all as a group, which looks pretty cool. But it is also because MechaGodzilla is molded with his left foot placed out in front of his right. It looks sort of awkward to me and there is no joint at the hip you can use to correct it. 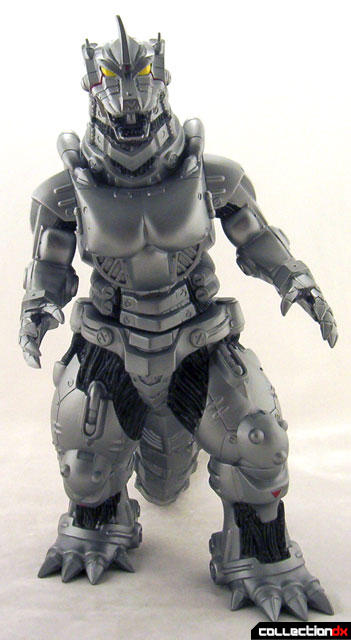 I think if it weren't for that, it would definitely be the better-looking toy, especially if you happen to like this version of the character, which hails from the 2002 film "Godzilla Against MechaGodzilla". 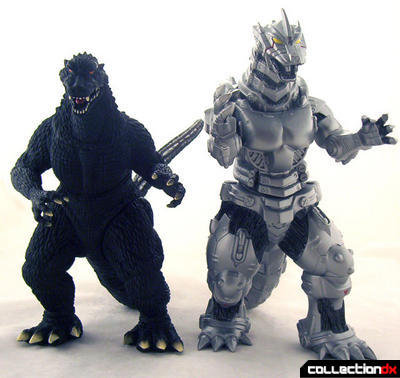 This soft vinyl toy has 5 points of articulation, at the waist, neck, shoulders and tail. It looks like there is a second joint in the tail, but mine does not move at all. 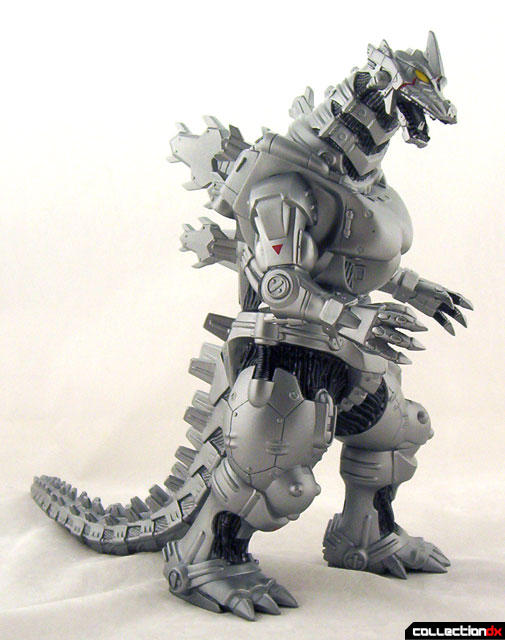 I wish I had more to tell you about this one, but it's just a big, vinyl MechaGodzilla. The pictures tell the whole story really. Like the Final Wars Godzilla, this is on clearance at Toys R Us now for $15.99 and at that price, any kaiju fan should grab it. 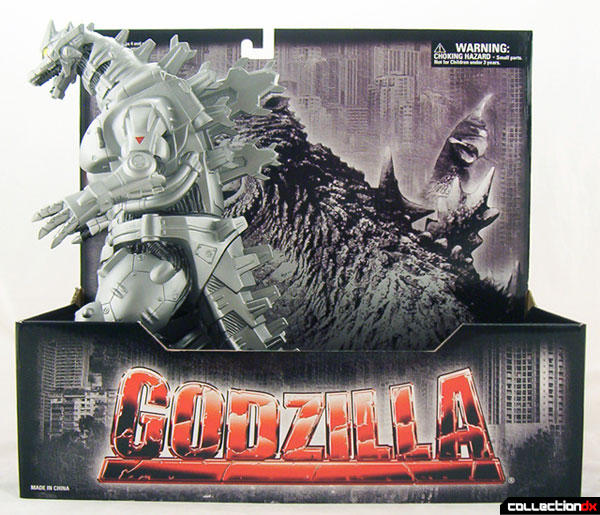 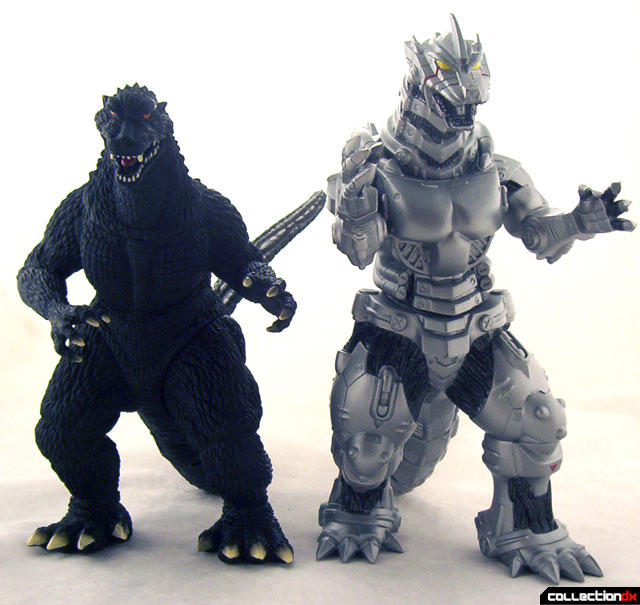 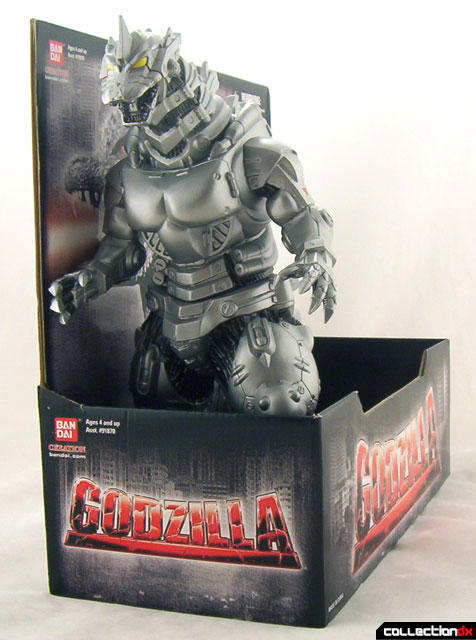 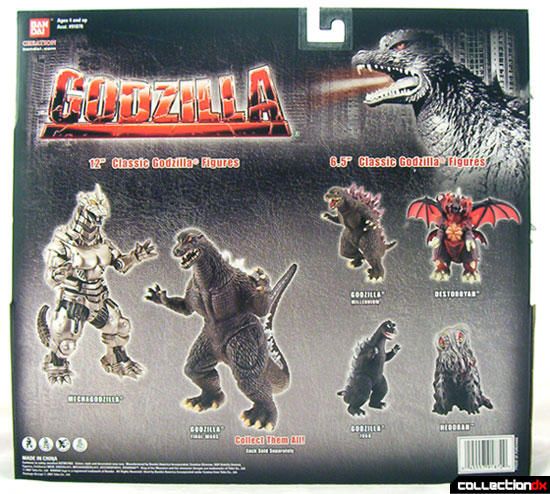 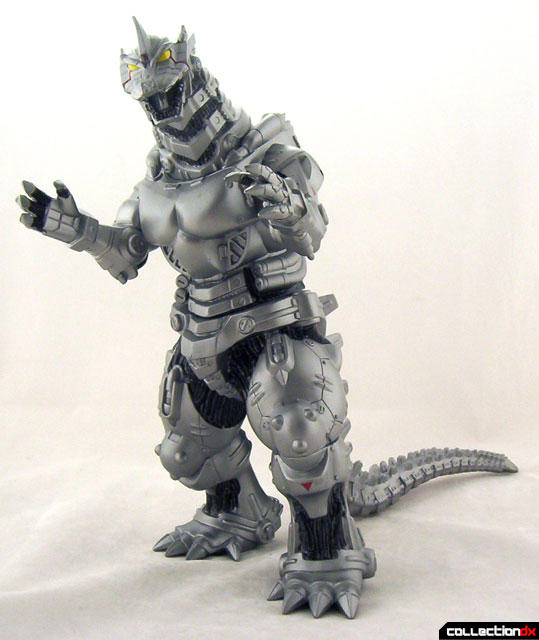 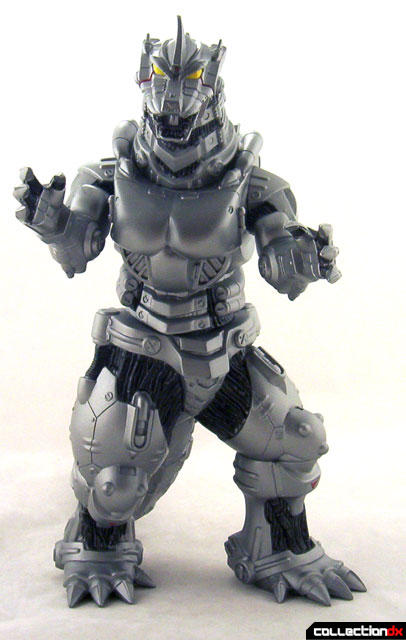 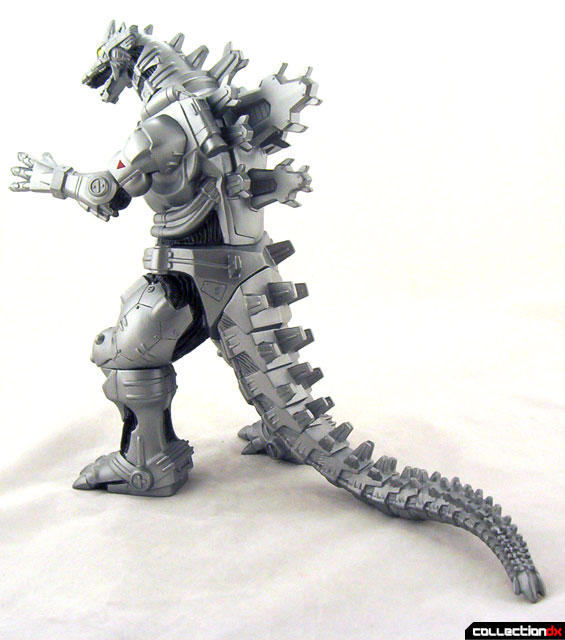 Thanks for putting this article up,I just went to my local TRU today and got the last one left! It was way up on top of the shelves,so even if I happened to go to TRU,(which I never do) I never would have known it was there if it weren't for CDX.

With Kaybees sadly going out of business, I was able to get this big fellow for a fair $8. It's not the kind of toy I normally get, but I'm glad I got him. He was good company on the 8 hour car ride to my folks for Christmas.

Now he's looking good next to a pair of nutcracker soldiers.