Acquiring the Green Ghost C3 Jumbo Machinder was truly a huge turning point in my toy collecting life. I'd always wanted some jumbo villains, and although he wasn't the first one I got, he was the first Mazinger Z villain I got. Even though the Kamen Rider V3 villains are very cool in their own right, I think most collectors would agree that it's the Mazinger villains that are best. 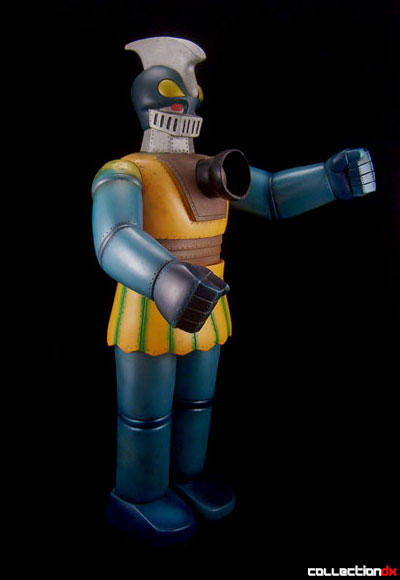 But not only is Green Ghost C3 a Mazinger Z villain (having appeared in episode 29), he's one of the most difficult to find. At the time I managed to get it, he was ranked solidly behind only Garada K7 in terms of pure rarity. Getting him was the validation of all the countless hours of searching online and asking around that I'd been doing for the previous years. Getting him made me think that it was possible to get all those things I'd previously believed impossible. Getting him made me believe that these things WERE out there and that they COULD be had. I wasn't wasting my time and getting my hopes up for nothing. 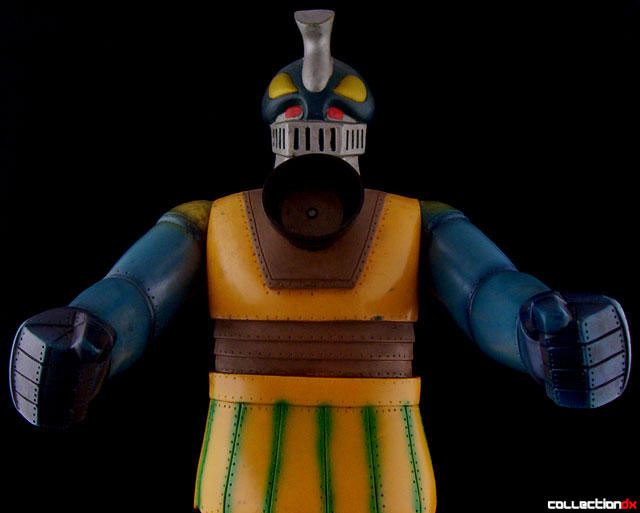 Putting aside my feelings about acquiring it, the toy itself is great. Like all the Jumbo villains, it is shorter than the heroes, measuring in at just over 19" tall with articulation at the hips, waist and shoulders. 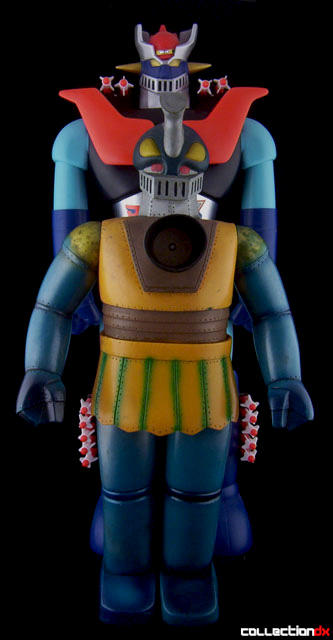 It's made almost entirely of vinyls, with the only exception being the ball launching gimmick in the chest, which is partly metal. In order to launch the ball, you pull back the metal firing pin and twist it to hold it in place. Place the ball into the front of the launcher onto the metal front, then turn the rod back and release. A spring inside the chest will propel the ball. 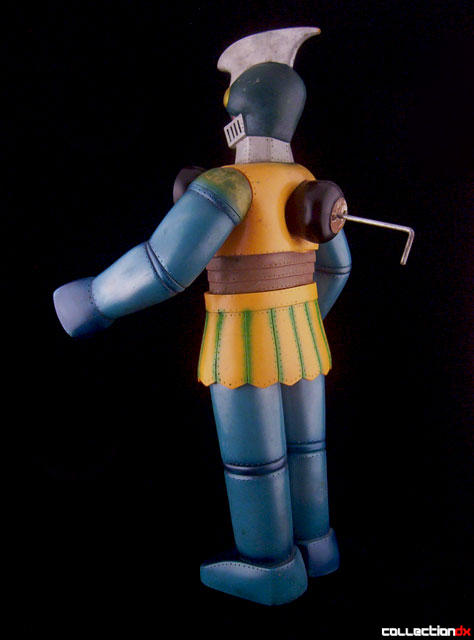 Unfortunately, I don't think there is a specimen of this toy out there that still has the balls that it came with. (Not that I would be playing with it if I had them!) The ball launching gimmick is inappropriate anyway, since the character in the cartoon had no such weapon. And he didn't have regular hands either, he had balls that were attached to chains.

Another interesting aspect of the toy is that is shares the same arms and legs with the Garada K7 Jumbo. Because of this, neither toy had it's the name written on the feet like with all the other villains. Instead, it is written on the back beneath the ball launcher and the feet has only copyright information, "Popy", "Dynamic Pro" and "Toei Animation". 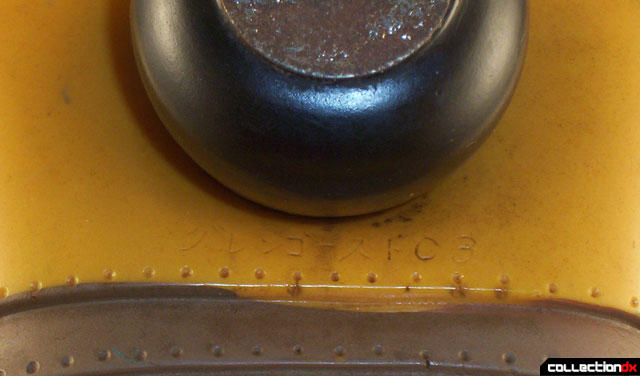 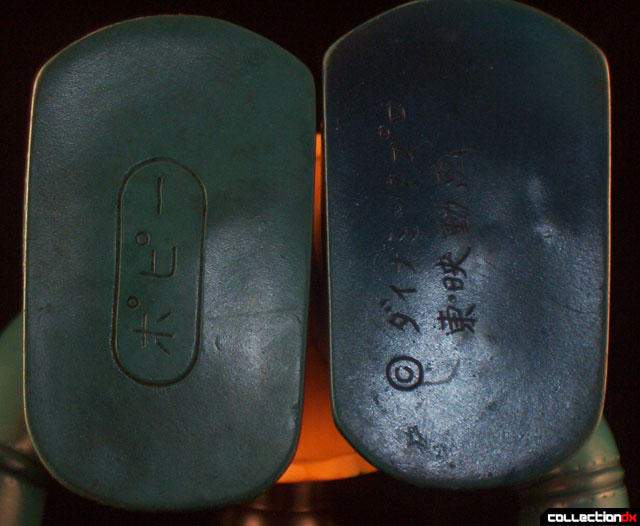 Green Ghost C3 also has asymmetrical fists. Note the wider space between the thumb and the rivets on the right fist.

The Jumbo Machinder villains were broken up into 2 different series'. The first series toys each featured their own individual boxes, but the second all shared the same box image, with their names written on the side so that the buyer knew what they were getting. Not only is the second series box very appealing to the eye, it also features the images of the villain's prototypes instead of the real toys. This is why the Green Ghost image does not show the ball launcher.