The Abominable Dr. Phibes, released in 1971 by American International Pictures (AIP), may not be the best movie that the great Vincent Price ever appeared in, but it certainly introduced one of his most loved and memorable characters. Many of the other horror stars of the time had specific roles that they were especially known for (Boris Karloff as the Frankenstein Monster, Bela Lugosi and Christopher Lee as Dracula, Lon Chaney Jr as the Wolf Man, etc...), and even today, actors like Kane Hodder (Jason Vorhees), Gunnar Hansen (Leatherface) and Doug Bradley (Pinhead) have their signature roles. Price never really had a recurring character to call his own. Sure he played the Invisible Man a couple of times, but he was invisible and most people still associated that character with Claude Rains anyway. I suppose it is to his credit that he had such a long and distinguished career without a franchise character to fall back on. 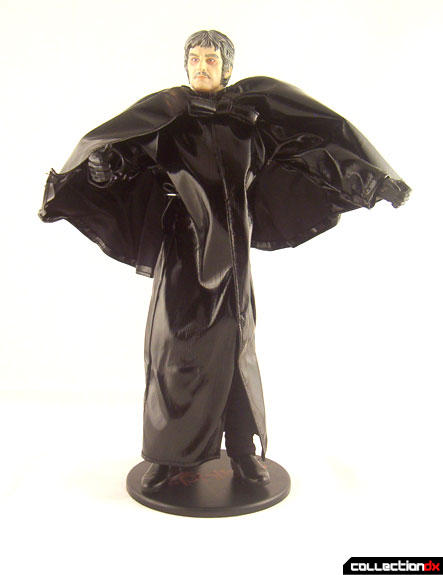 But with his 100th movie, Price created a character for the ages, Dr. Anton Phibes, horribly disfigured in a car accident and back from the dead to seek revenge on the doctors who could not save his beloved wife, Vulnavia. He would use prosthetic makeup to restore his face, but the ghoulish visage remained beneath. This toy features a separate head to represent each. In the movie, Phibes also lost his ability to speak, but overcame this using a special apparatus he made. Plugging a microphone wire into his neck and connecting it to a speaker allowed him to communicate. This is also portrayed on the toy, with the connector on the neck and two separate wires that can be attached. 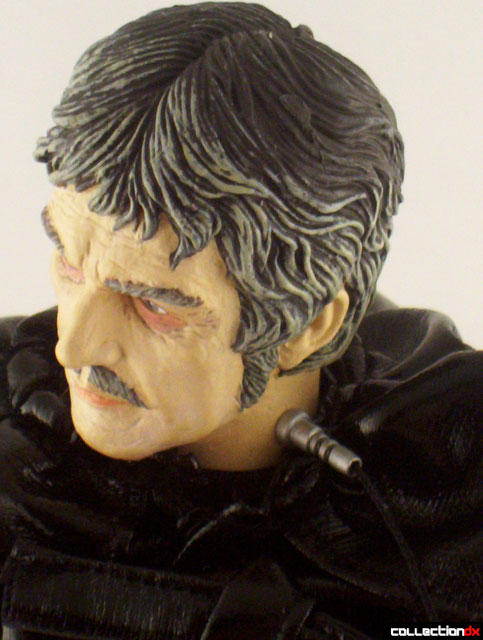 Two costumes are included, one white and one black. Each has an attached cape and a separate hood that can be wrapped around his head and connected with velcro. The gloves are molded on, but you can remove both lower arms and swap them for whichever outfit he is wearing. The shoes and socks can be removed and changed as well. They should have included a shoe horn though as I had a really hard time removing/inserting the foot from/into the shoe.

The toy is 12" tall and features 17 points of articulation. It's very poseable, but can be difficult to stand in extreme poses. It does include a stand with his name on the bottom at least. 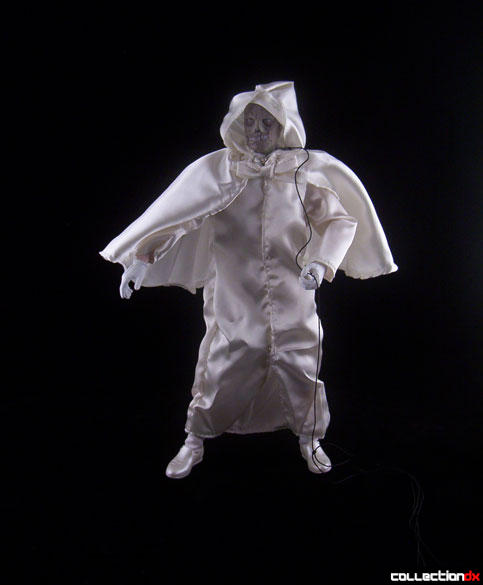 The packaging is very much like the packaging for the 12" dolls from Sideshow Toys. The box features the dvd cover from the MGM Midnight Movies release and the front panel opens to reveal the toy inside, which rests in a plastic tray. I'm very glad that the packaging is so similar because I'm certain that fans of the Sideshow dolls would buy this too and it's nice to have that consistency.

Although Dr. Phibes doesn't break any new ground in toy design, I would still recommend that every monster movie fan pick this one up.

Here is the original trailer: 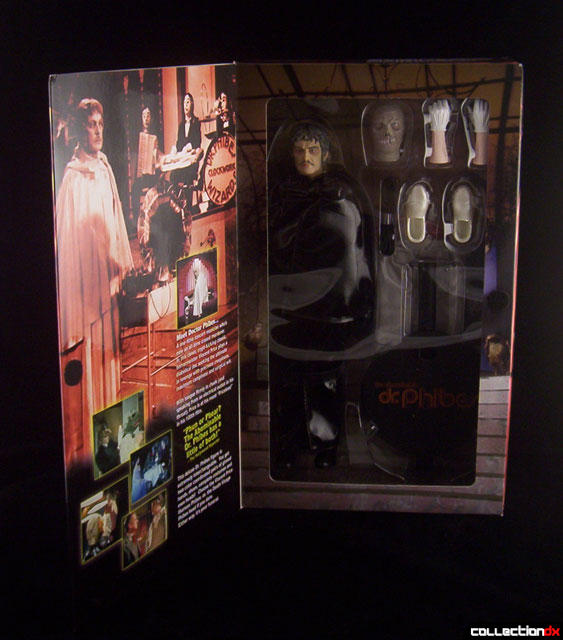 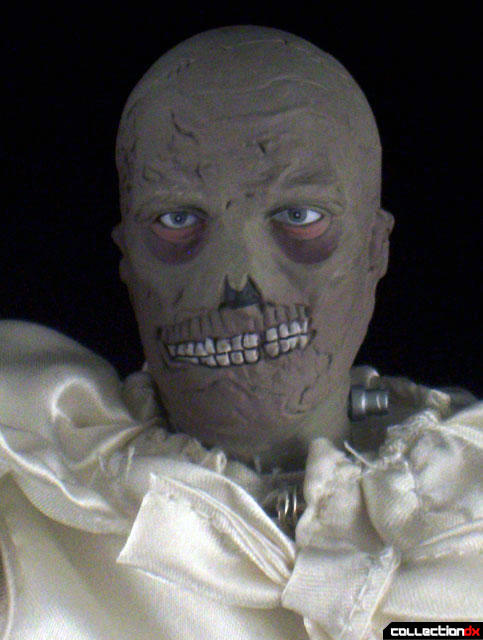 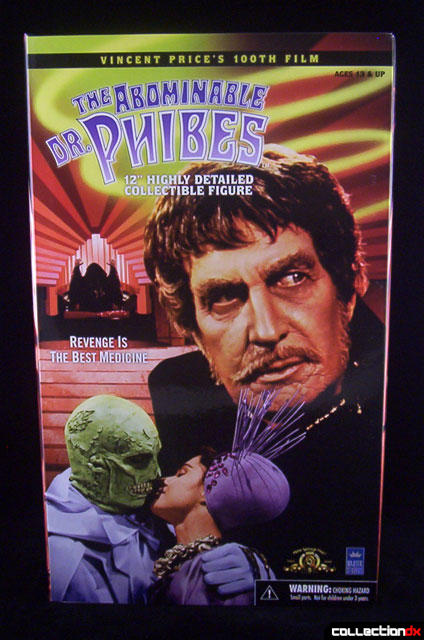 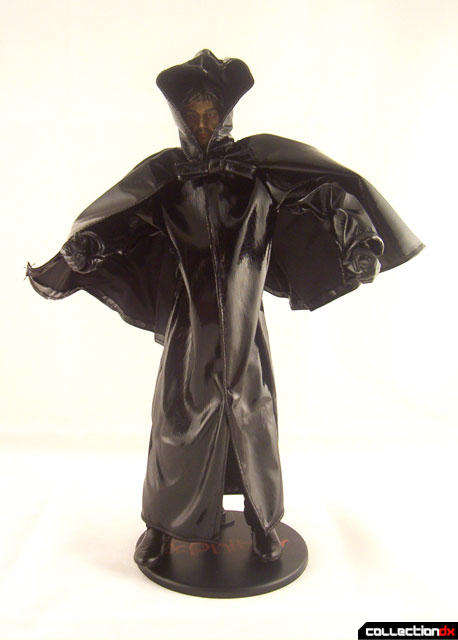 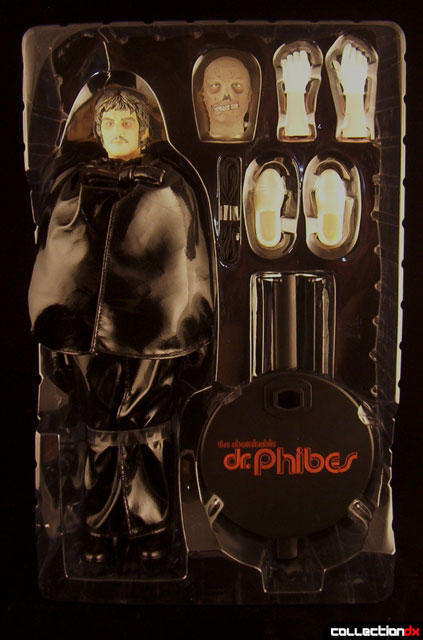 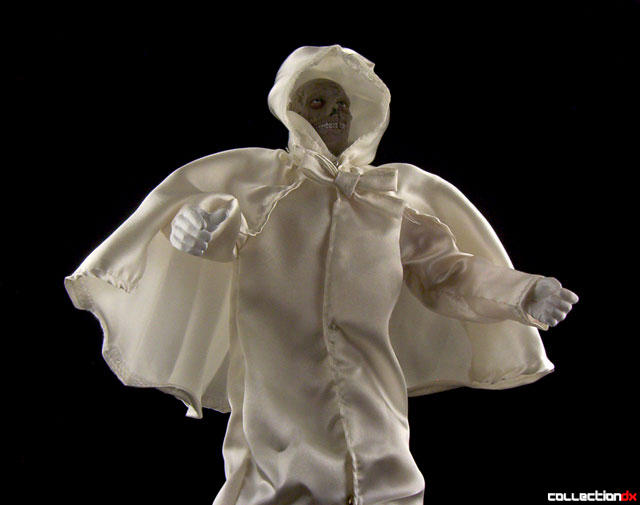 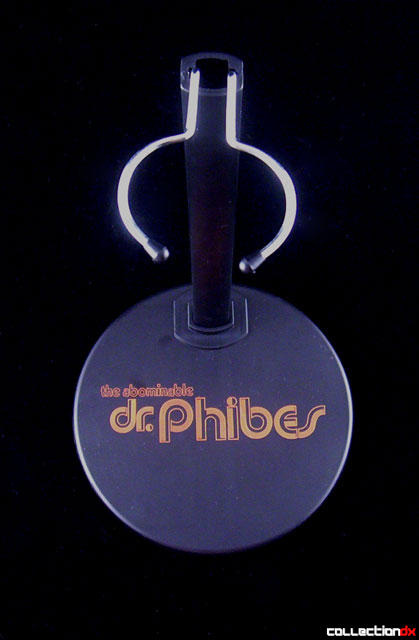 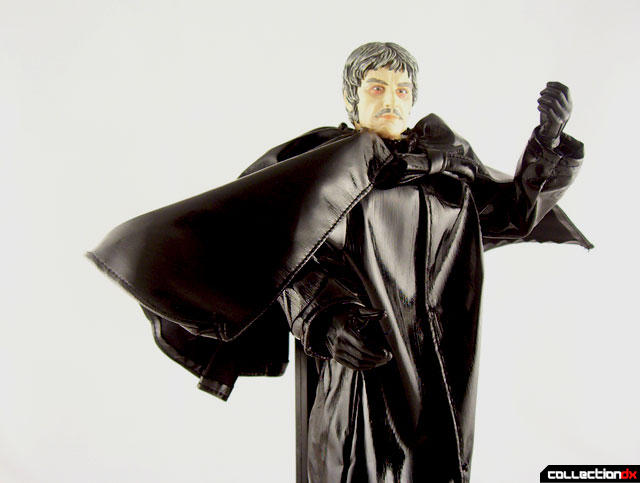 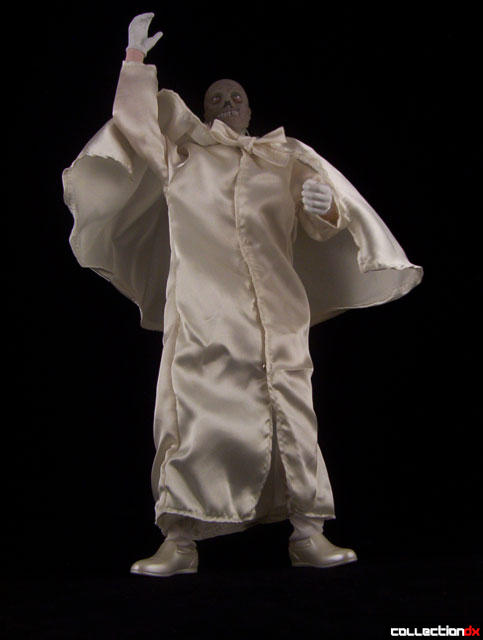 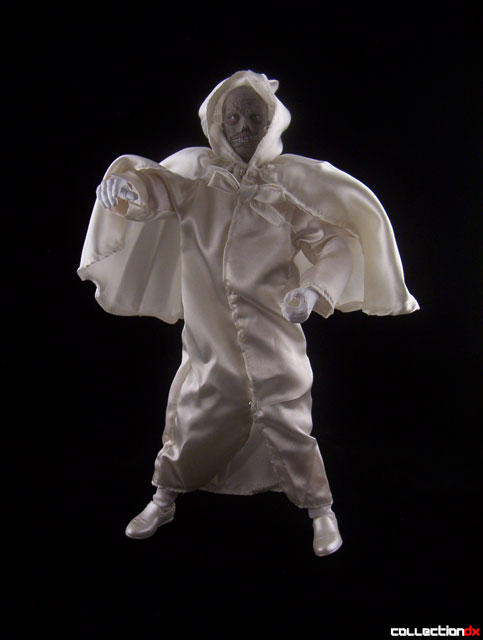 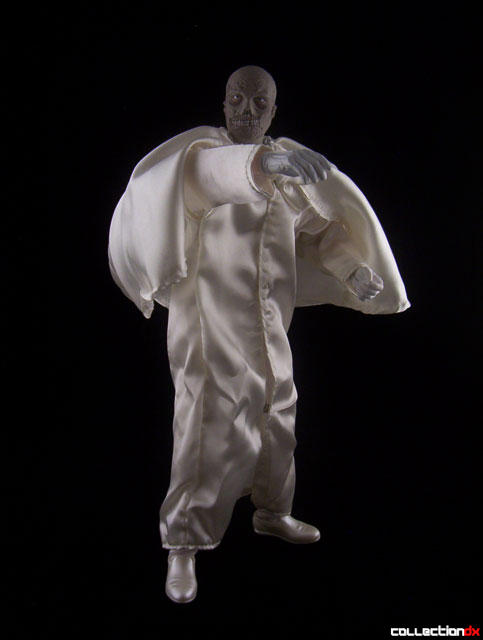 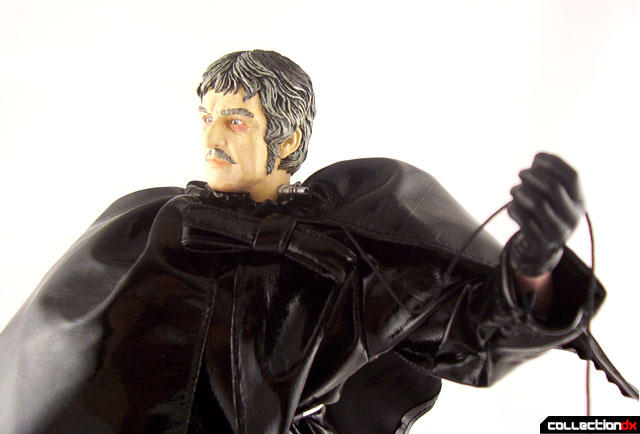 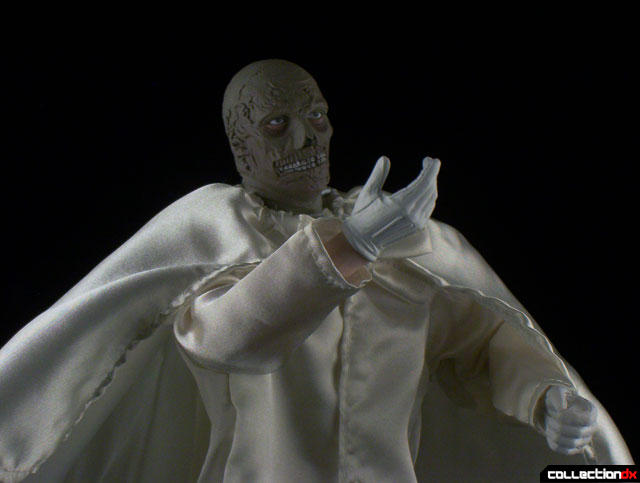 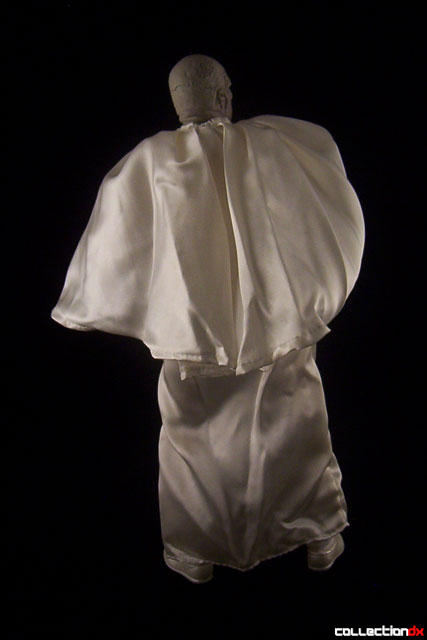 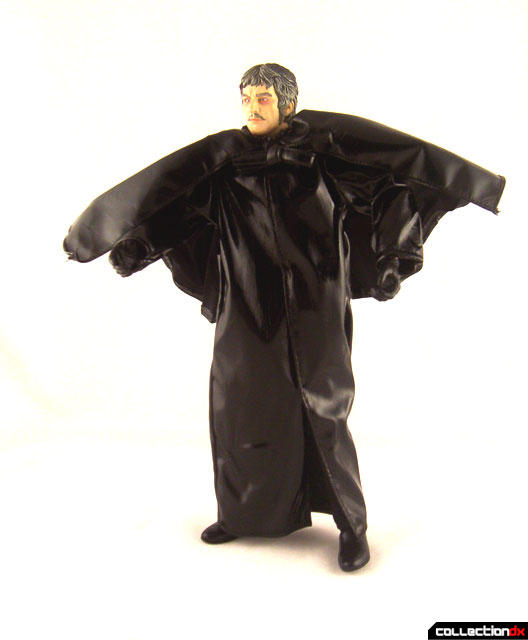 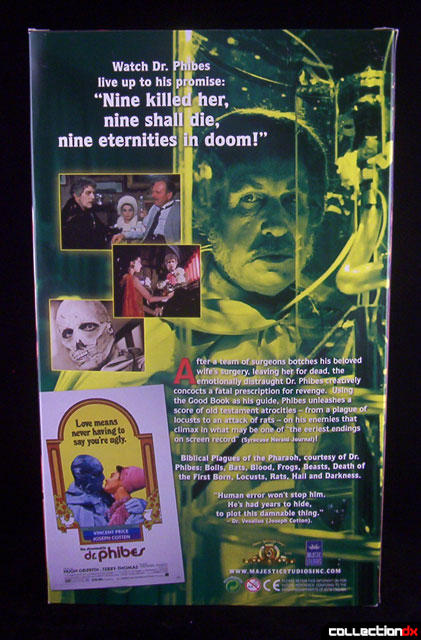 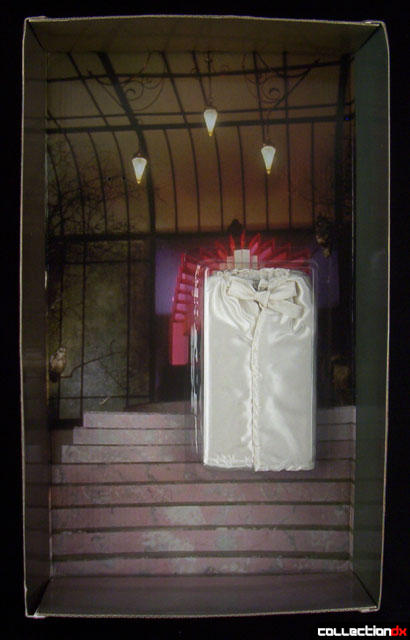