Future Robo Daltanious (未来ロボ ダルタニアス) aired for 47 episodes beginning March 21, 1979 and ending March 5, 1980. I'm a huge fan of the jumbo, which was the second in Popy's Robot Factory line of toys. It's one of the few hero jumbos that I had a strong desire to get, even though I had no previous knowledge of the character before seeing it. This one has a really great design that somehow has alot of personality to it. There's probably several reasons for this. First off, anytime you have a giant lion head on your chest, you're going to be noticed, but when that lion head can shoot a missile out of it's mouth, well, you just can't beat that. The missile is operated by a red plastic peg that sticks out of the top of the lion's head. Put the missile in place, push the peg down and the missile will fire. 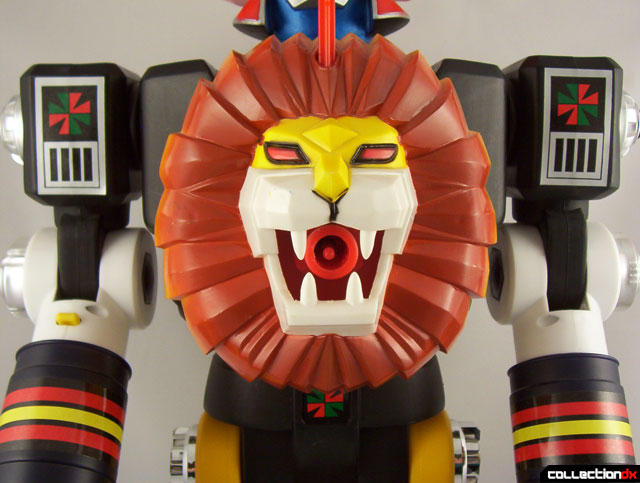 When not in use, you can store the missiles on the outside of the toy's legs in the traditional Machinder fashion. Each leg holds two missiles and the clips are much thicker and sturdier than your average missile clips. While many jumbos can be seen with broken missiles clips, I'm not sure you could break these ones if you tried. Another great feature on this robot is the head. For some reason, I've always liked robots with a smiling face and Daltanious definitely has a distinct grin. His eyes are also surrounded by a stylish, black, almost mask-like visor that looks very cool. But best of all are the horns. Protruding up from where the ears would be and extending just above the top of the head, there horns are just the right size and are distinctly different from many of the horns you see on other robots. 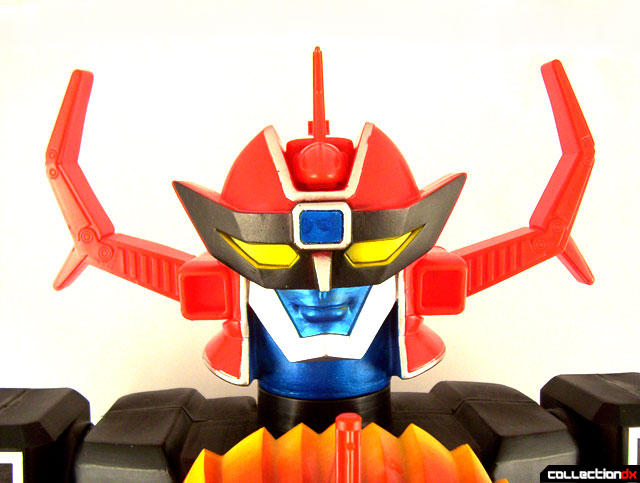 Furthermore, you can actually remove these horns from the head by simply sliding them out of the back of the head to reveal it is a separate ship! 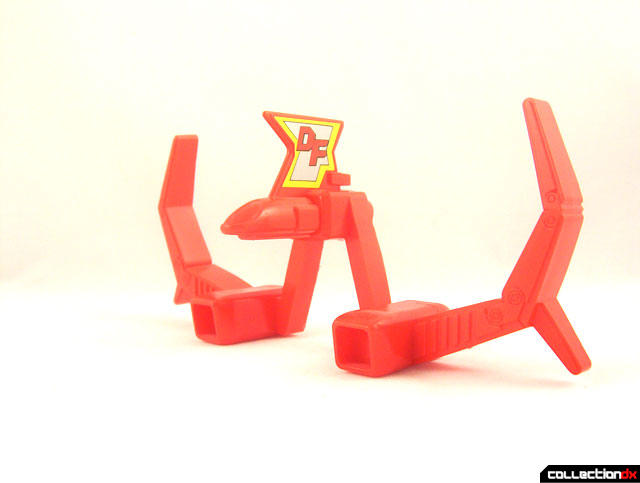 As with the Battle Fever jumbo, most of the color details on Daltanious are from a sticker sheet. I wish this wasn't the case, but they do make a huge difference. Daltanious without his stickers applied just doesn't look nearly as cool, as you can see from this picture I received before buying mine. 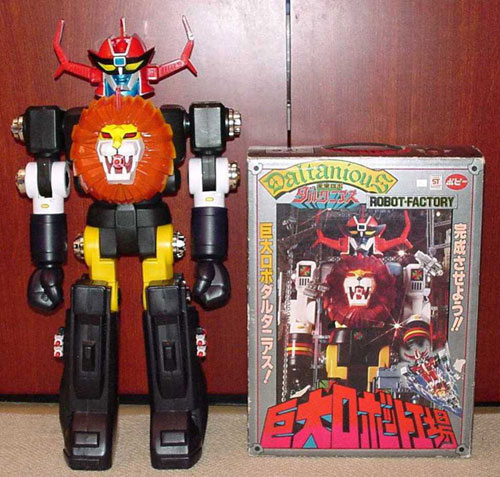 Another thing you might notice from that picture is that the box image is different from the toy. The box shows a Daltanious that comes with a white shoulders instead of black. Looking for the top 100 online casinos top 100 online casinos , then come to us at x100casino.com I would assume that this was the prototype and I'm glad they made the change. The black shoulders look much better, in my opinion. Daltanious stands 23.5 inches (60cm) tall. You can raise and lower his arms, as well as bend them at the elbows. The head also can be turned side to side, and both fists launch. Daltanious is not impossible to get, but it also doesn't show up often. I honestly cannot remember the last time that I saw one for sale. I think it was about 2 years ago. 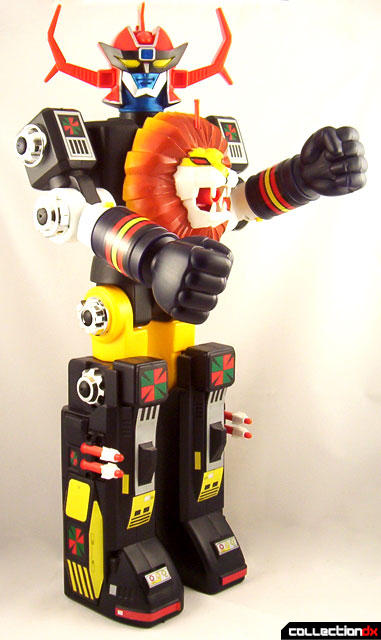 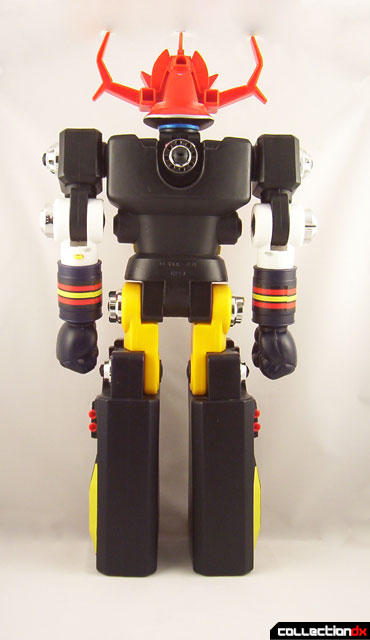 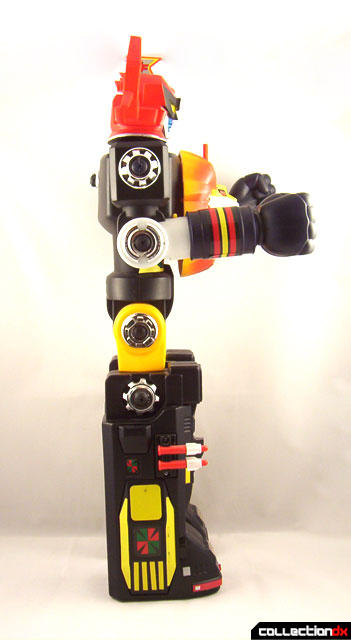 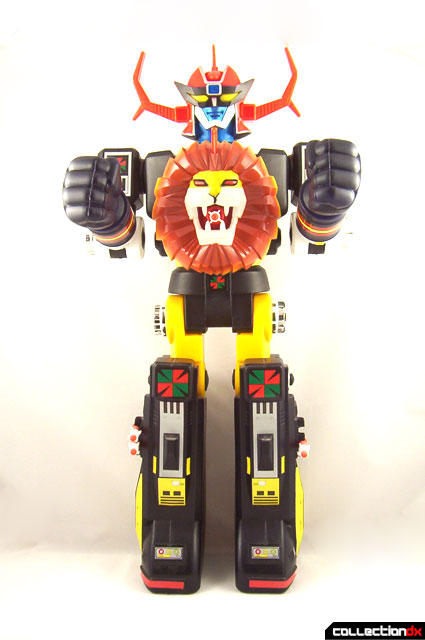 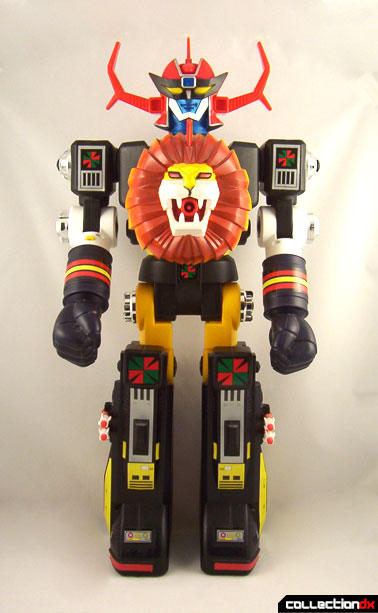 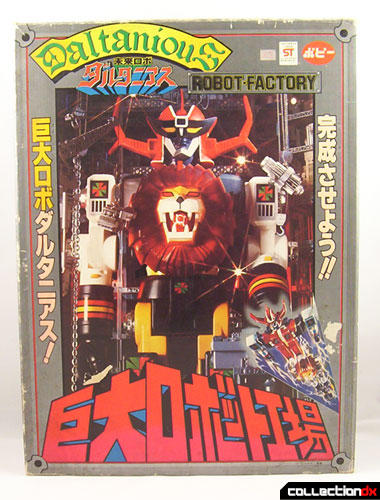 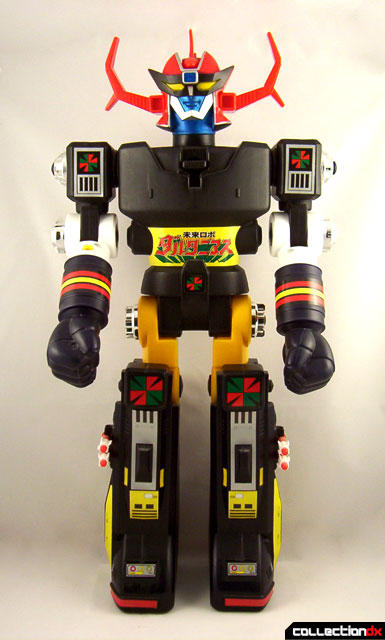 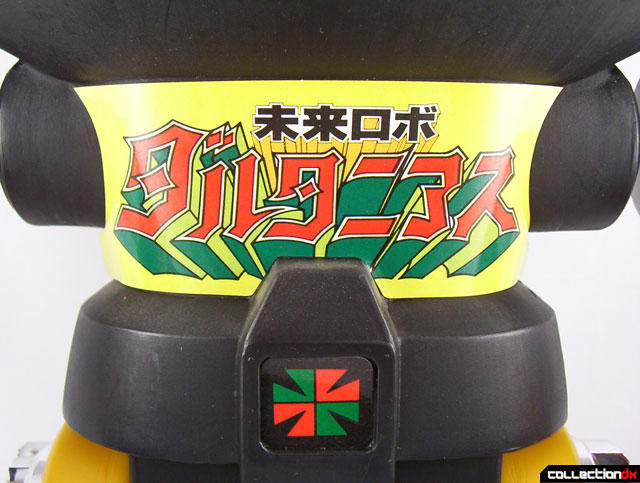 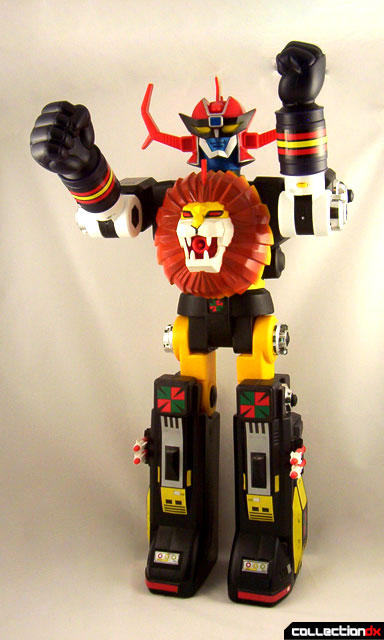 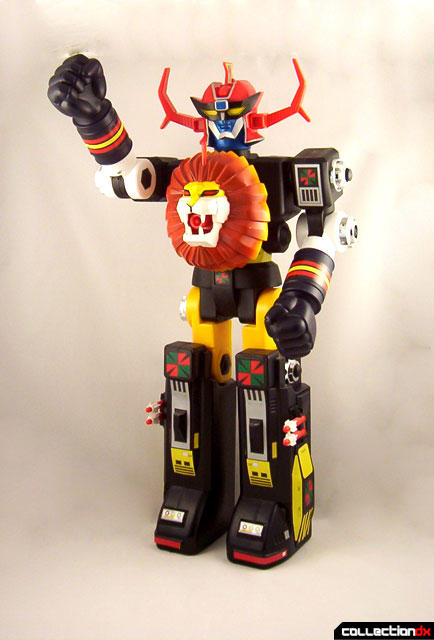 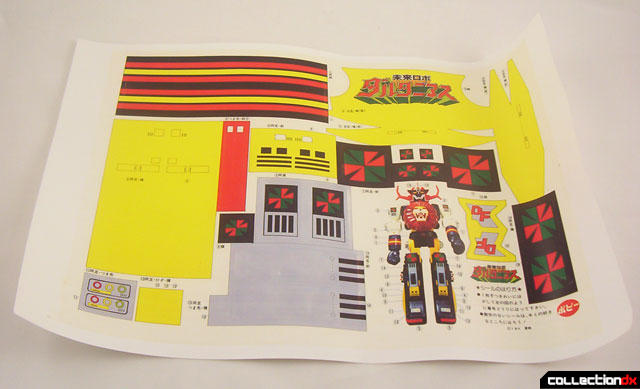 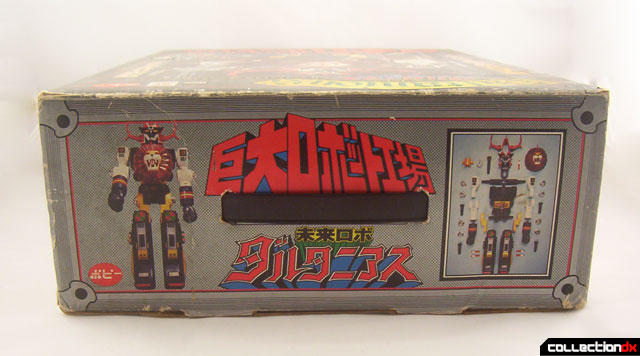 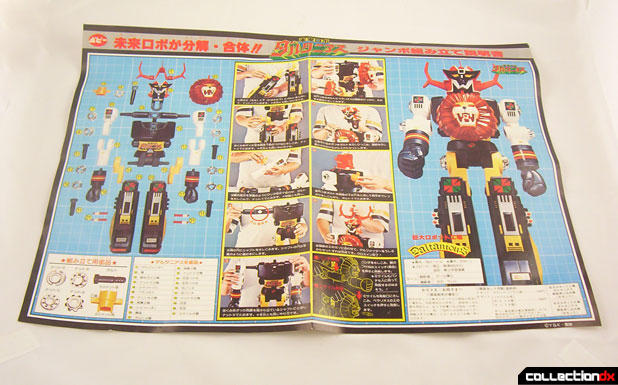 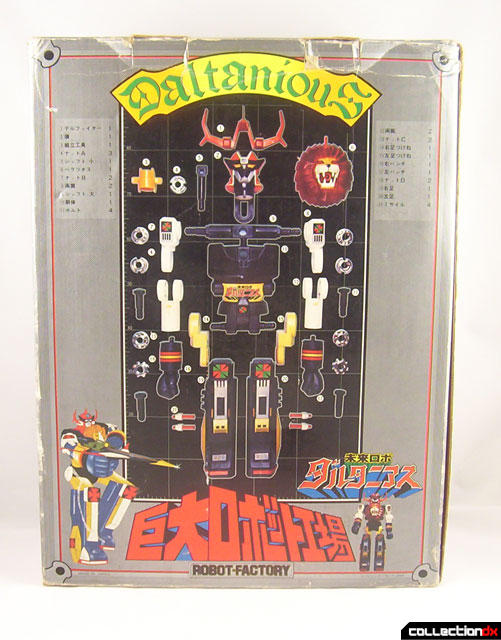 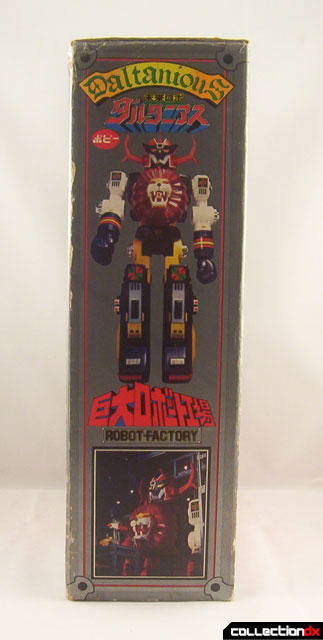 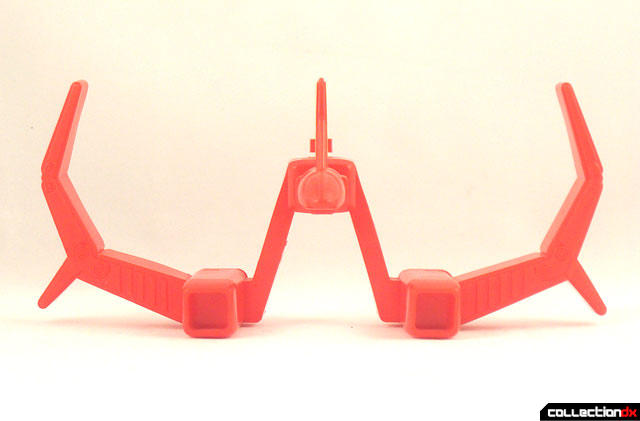 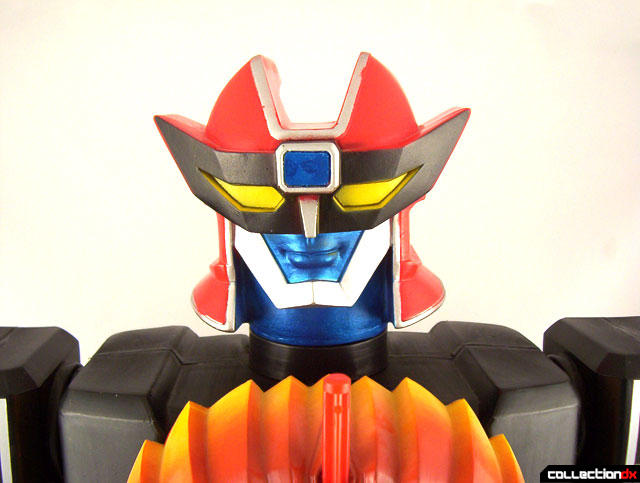 Like you said daltanious is scarce, but i do remember that last year there were about 3 or 4 that came up on yahoojp. 1 of them i know was boxed and the others were in varying states of condition, from complete with sticker wear to one that missing it's legs..i'll check my saved images and maybe can get some dates for you.

Well, I just checked the CJT "Completed Auction Thread" and there was no mention of any Daltanious in the past year.

A MIB Jumbo Daltanious just recently sold on Yahoo!Japan auctions for a whopping 321,000 yen, or approximately $2,700. Just goes to show how hard it can be to predict these things, as well as how high prices are getting these days.

Well, I hope one shows up soon since now with this review I'm hooked!! I want one now!!