Captain Maxx is a new vinyl figure from Max Toy Company. For those of you who don't know, Max Toy Co is really Mark Nagata, one of the founders of Super7 magazine. Mark left Super7 a while back, and started Max Toy Co, named after his son, Max. 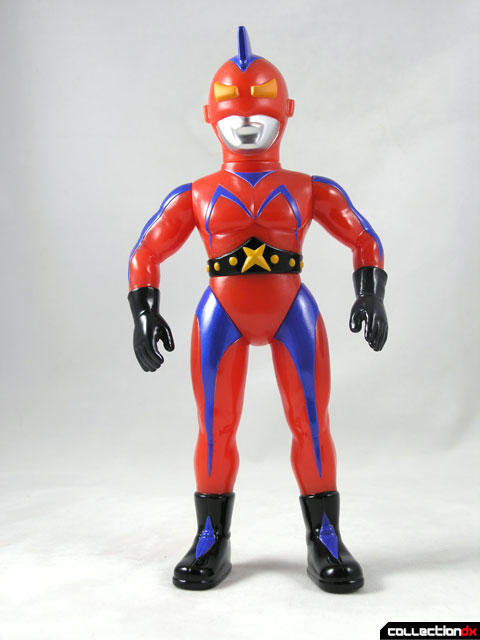 I know Mark is an insane Ultraman collector. He has probably the biggest Ultraman collection in the world. I can understand his passion for toys. As a collector, the ultimate dream is eventually to be able to create your own toy, and Mark has fulfilled that dream with Captain Maxx. It's the ultimate tribute to Ultraman and other characters in the Tokusatsu genre. 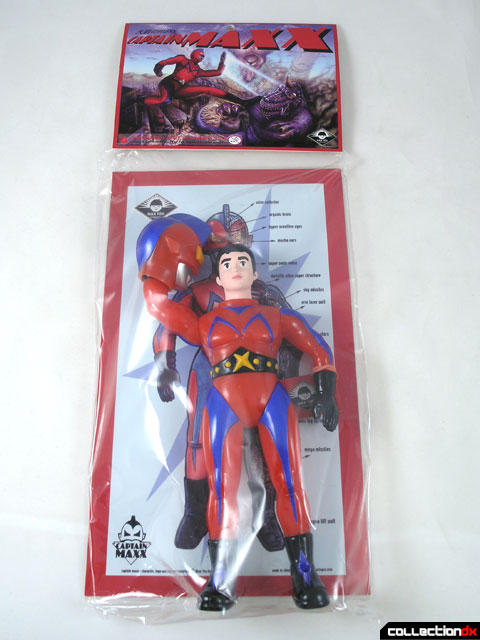 The toy comes bagged with a header card and insert card. All of the artwork is done by Mark, and is done in a very retro style that is very appropriate for the character. I carefully removed the staples on the header card, so to not damage the art. The bag is actually sealed together beneath the card, a departure from vintage vinyl. I had to cut the bag open to free the figure, but that's no big deal for me. Captain Maxx came packed with him holding his helmet AND with his helmet on. The assortment is random, and one version is not rarer than the other. 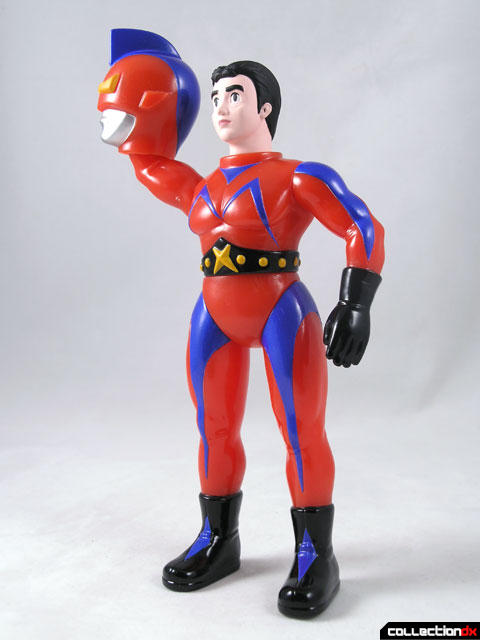 Captain Maxx is 9.75 inches tall and made out of soft vinyl. It's articulated at the head, shoulders, waist and hips. The toy is molded in BEAUTIFUL red vinyl, with the details painted on. I was surprised to learn that this toy was actually made in China, due to the high quality. I am not generally a vinyl collector, but I was impressed. The paint details are nice and clean '“ this is high quality work. The only thing I'm not sure I like is the paint on the head. The paint on the head is done in flat colors, where the rest of the toy is glossy. I think I would have preferred the whole toy to have the same finish. Another concern with the head is the fit of the helmet. It takes a LOT of work to get the helmet on and off. Heating the helmet helps a lot, but I am afraid of paint damage if you remove the helmet often enough. This can probably be remedied by increasing the slit on the back of the helmet. 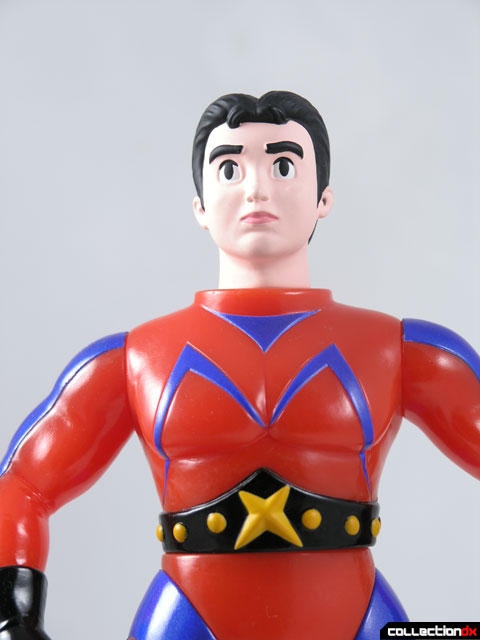 What really sells Captain Maxx for me is the style in which it was done. It is such a great homage to the classic Japanese hero vinyl. Mark clearly loves this genre, and it shows with the attention to detail in Captain Maxx. What is also really impressive is the fact that he can put out such a quality toy for under $40. Most limited run vinyl toys from Japan are much more expensive. 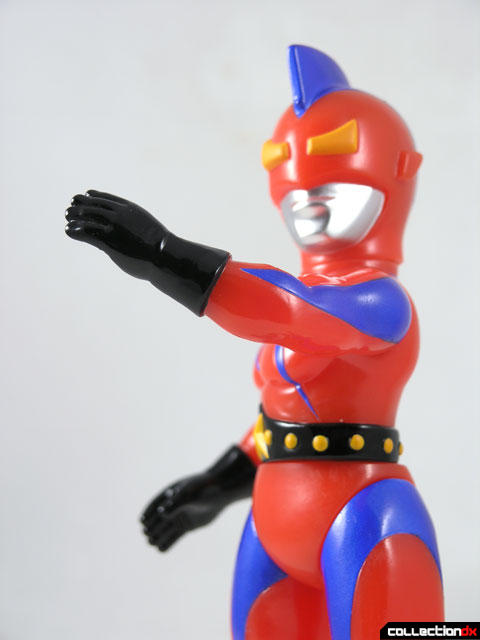 This red version of Captain Maxx is limited to 150 pieces, but there appears to be a black version and a white or glow version in the works, according to an image on some of the promotional material that was sent with my order.

Max Toy Company is releasing a licensed Kikaida toy soon. Based on Captain Maxx, I am definitely going to check it out.