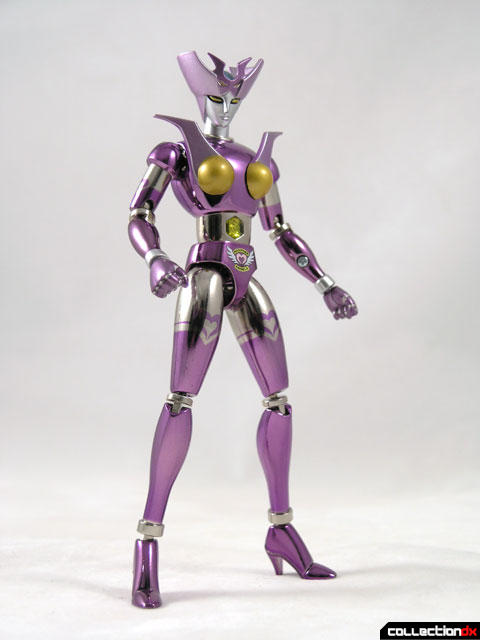 Minerva X (超合金魂 マジンガーエンジェル ミネルバX / Soul of Chogokin Mazinger Angel Minerva X) is one of my favorite Mazinger Angels. The addition of the extra armor really makes a difference in this figure. While the original SOC was kind of tame and boring, this version really brings something new to the table. 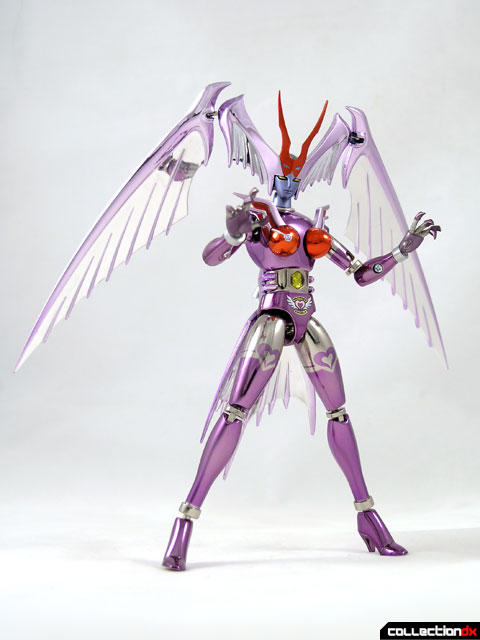 Like the original Minerva X, this one does not fire any Oppai Missiles. The big gimmick here is the alternate mode, which takes the docile-looking Minerva and turns her into a demon-like character. I'm not sure what this represents in the manga, or if this form has a different name. To switch her, replace the head, hands, and oppai, as well as attach the tail armor. Minerva looks really evil in this mode. 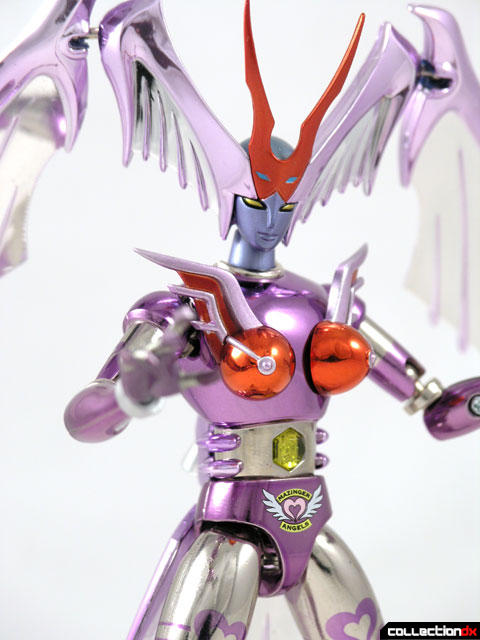 The sword is kind of cool, but it is not made of metal. Minerva X can hold the sword in either hand, and he stand has a place for it when not in use. 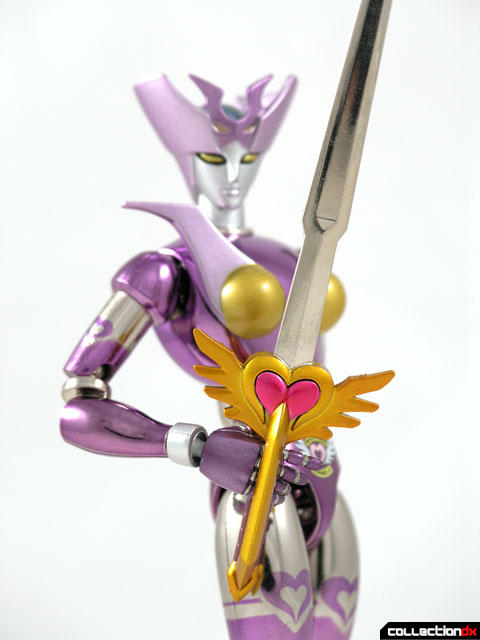 The Hong Kong version of this toy came with a special premium, a metal compact. It's a clamshell case with a mirror for doing makeup. The Mazinger Angel logo is on the outside, while Minerva's head is embossed inside.

I think Minerva X is probably the best of the Mazinger Ladies, and Bandai did a good job re-imagining the original toy, which in my opinion was kind of lame. However, Minerva X is not without her flaws. As great as she looks, she can't stand on her own worth a damn. If you are going to spend this much time creating a great looking toy, how hard is it to make it stand up? The base has a clip that enables her to stand, but still.... 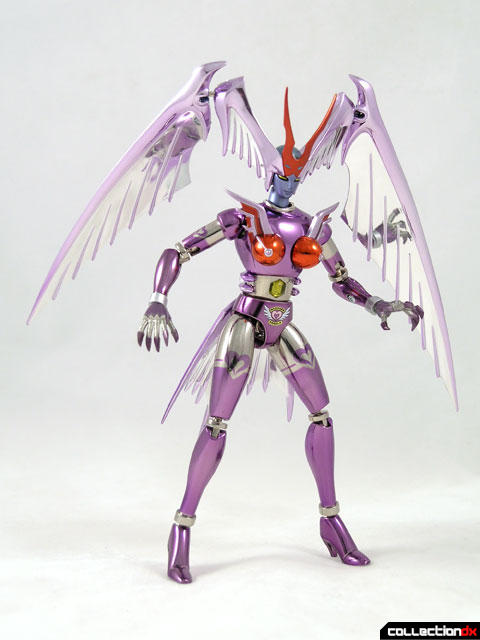 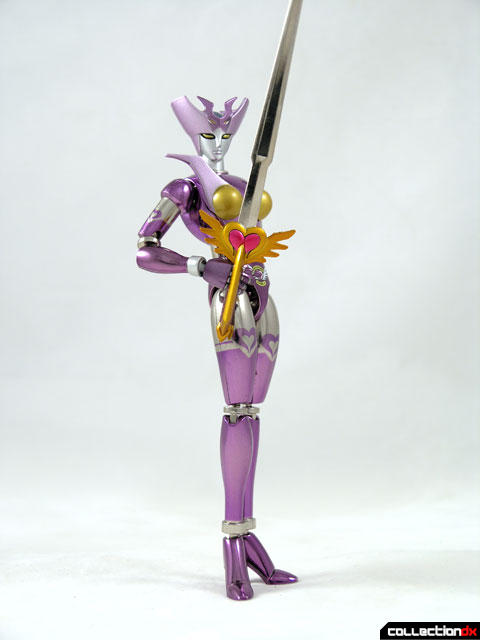 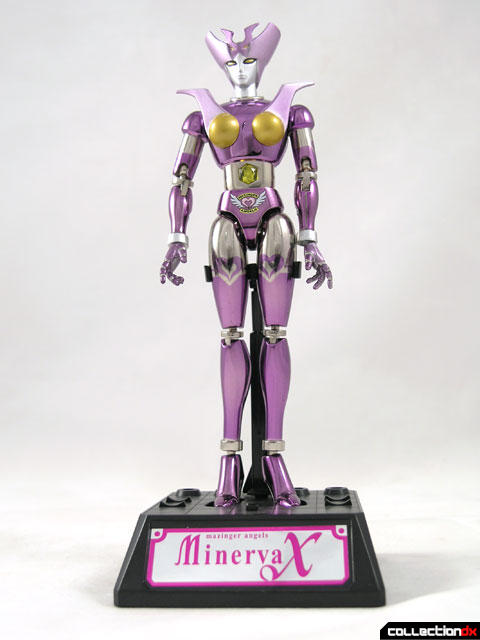 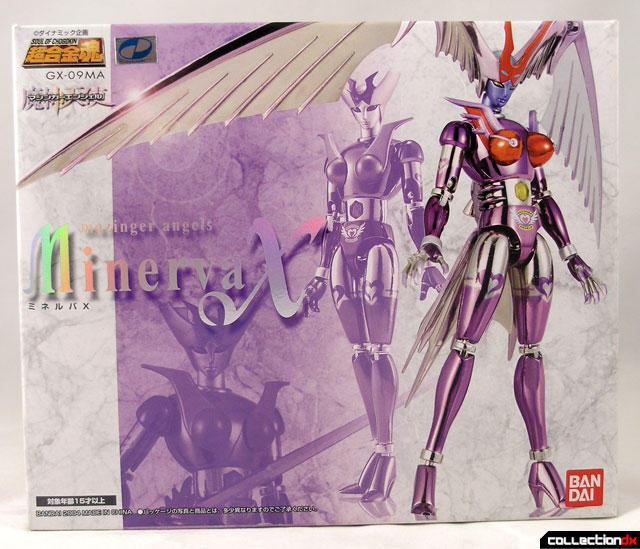 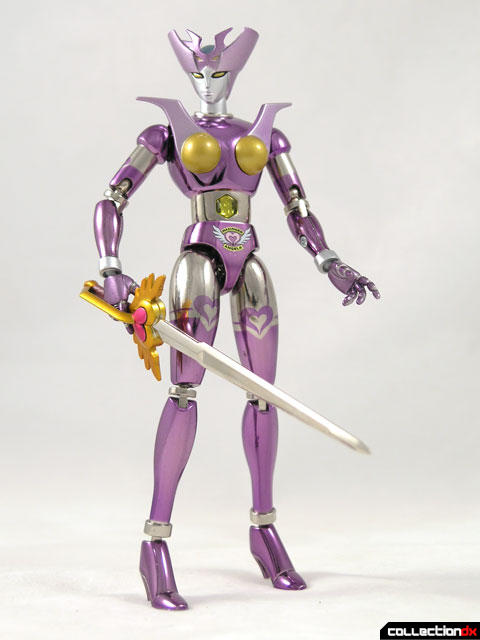 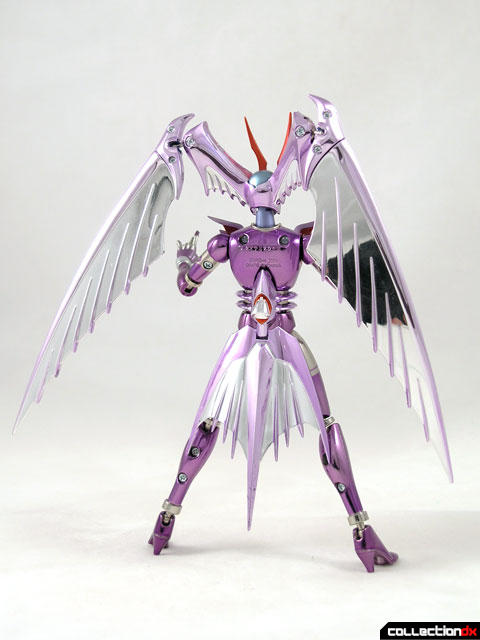