Our last appointment on Sunday was with Toynami, and Josh and I were happy to meet again with George Sohn, President, and Erika Oba, Vice President of Sales.

George showed us their entire product lineup, but he knew we were especially interested in the Masterpiece Voltron: 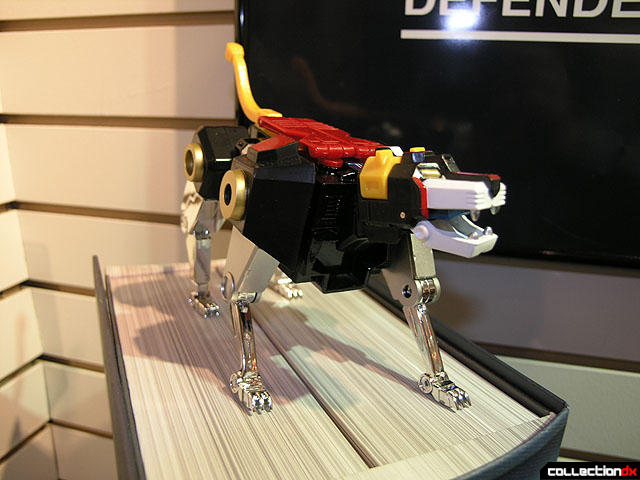 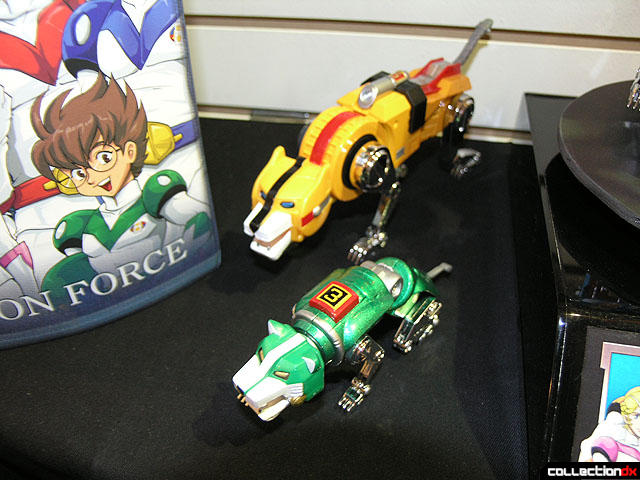 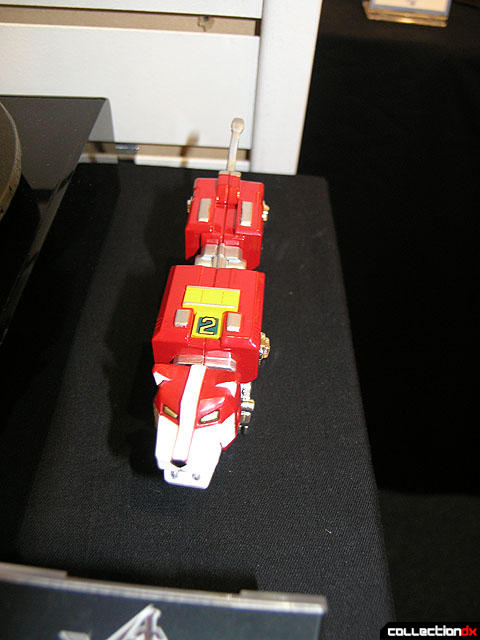 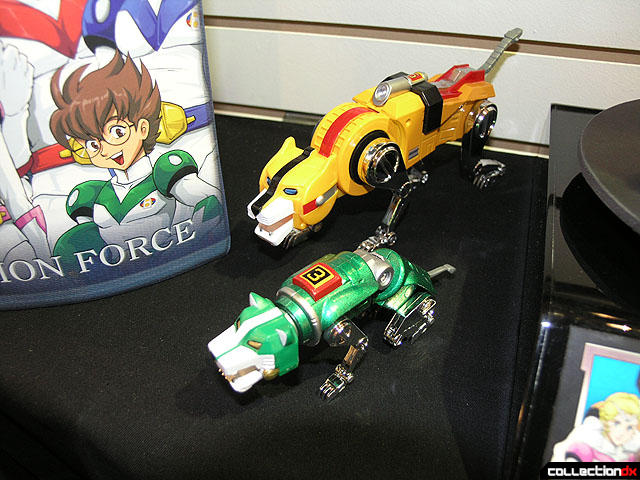 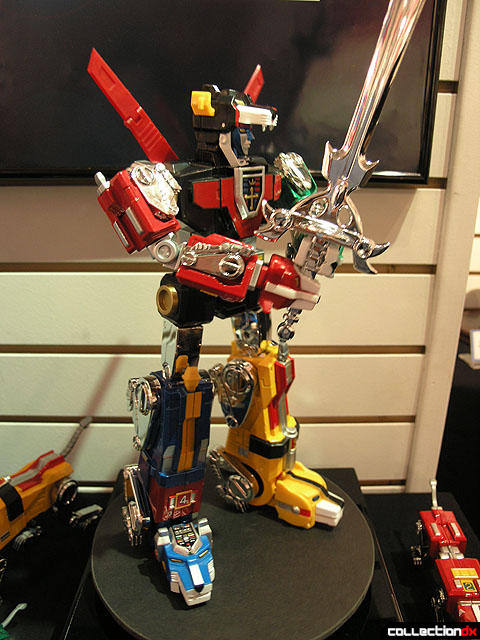 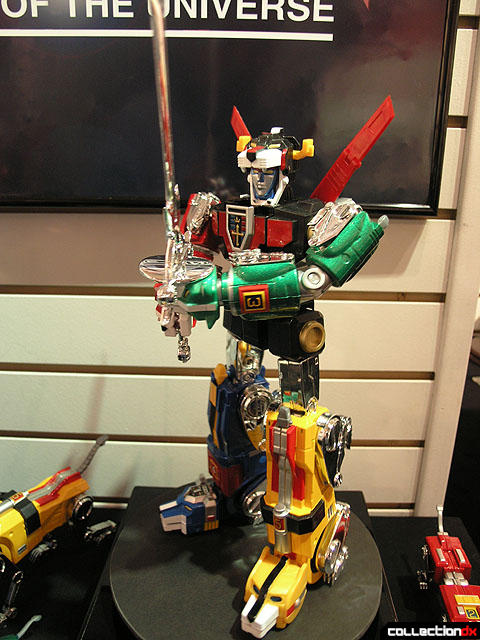 We were very curious about this toy since we had seen the prototype of it in 2005, and got to spend a little bit of "quality time" with the production version. I picked up the individual lions and was definitely impressed: they were very sturdy, heavy, and had tons of chrome, much like the original Popy toy.

Voltron was overshadowed, however, by an entire wall dedicated to Toynami's new 1/100 Valkyries: 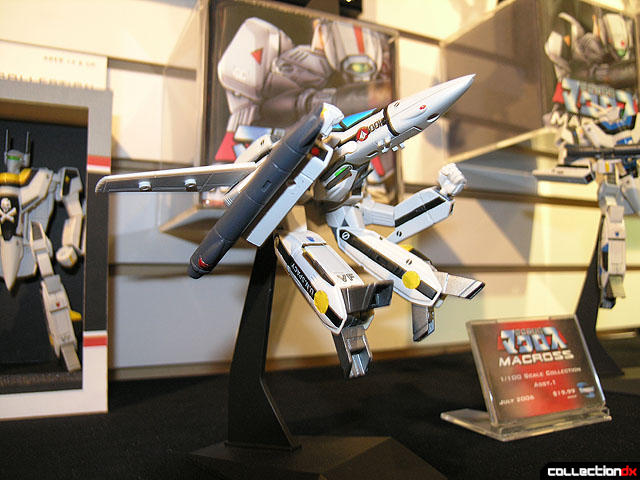 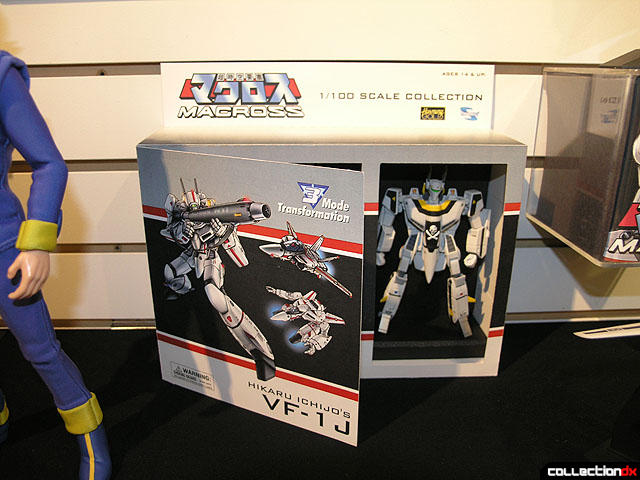 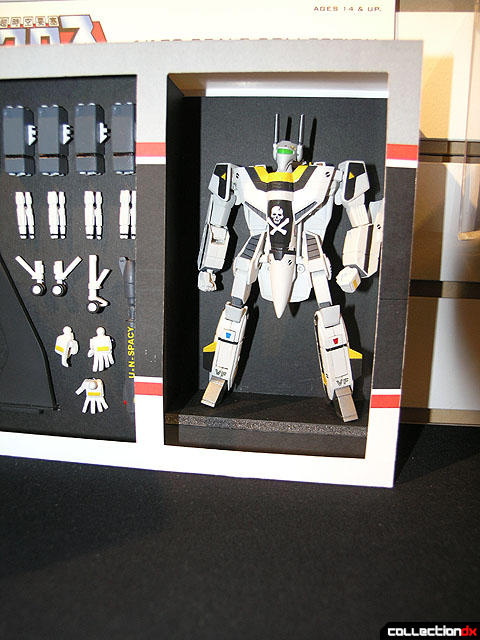 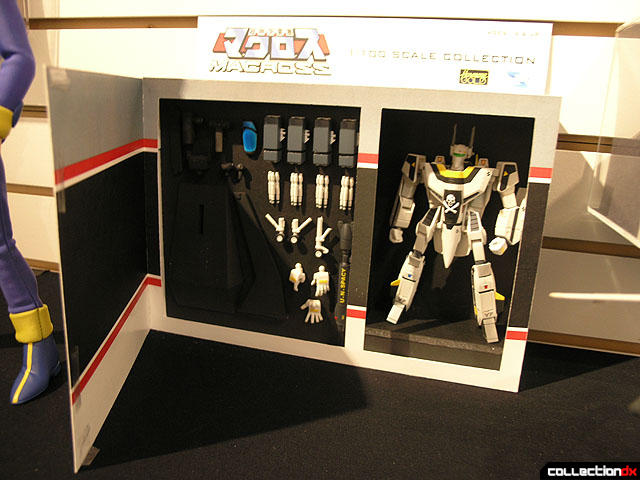 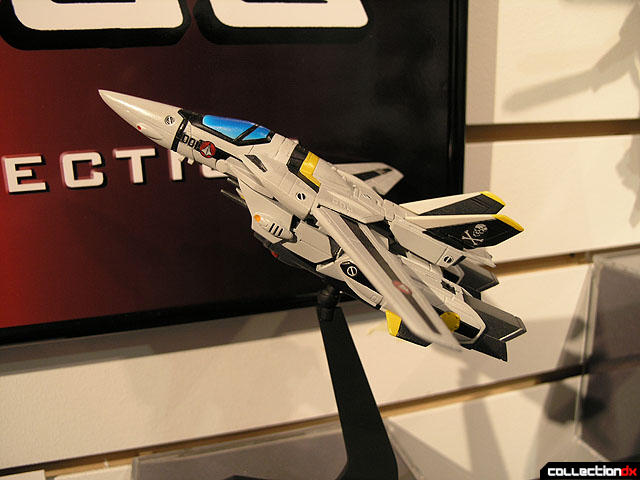 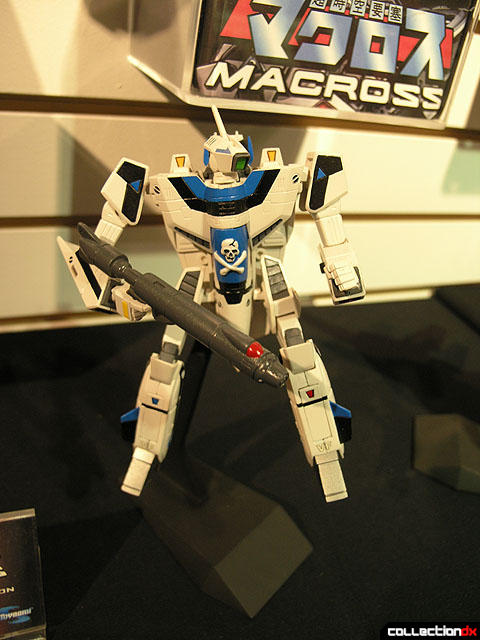 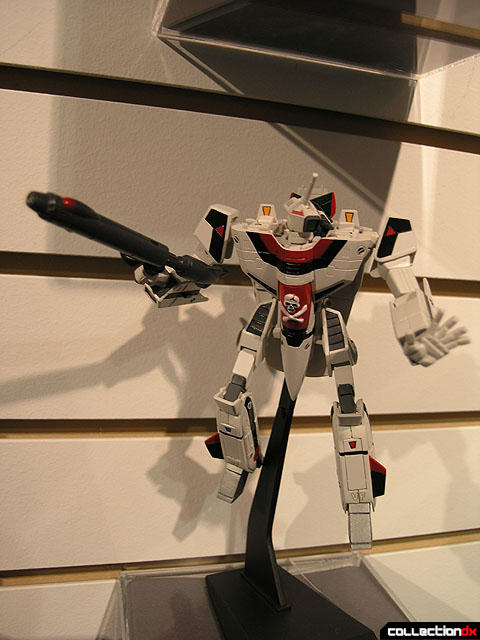 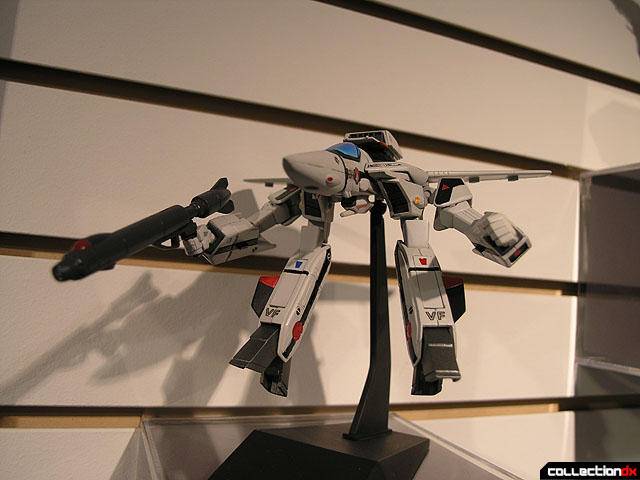 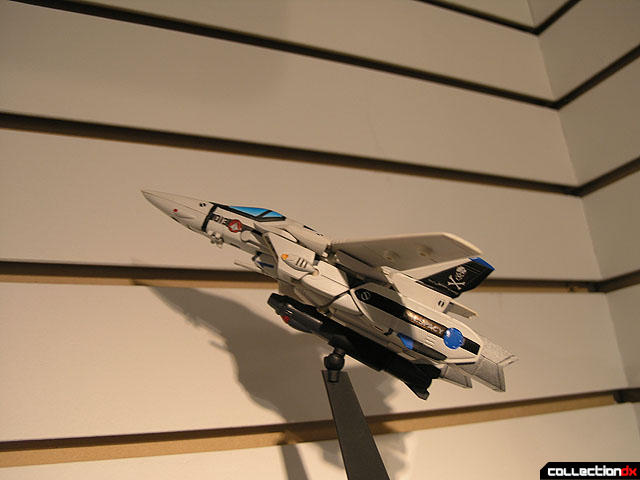 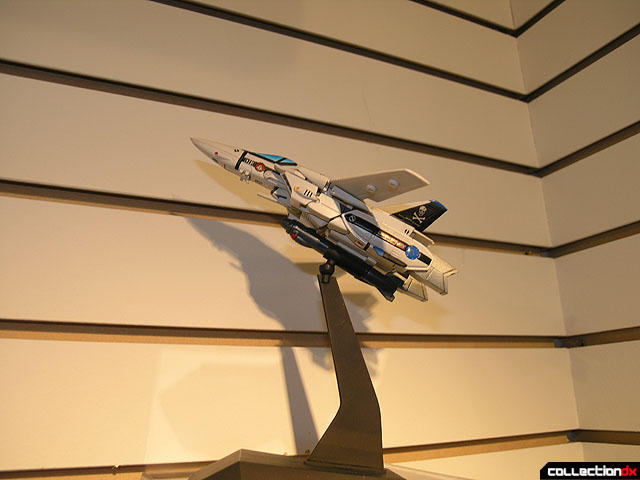 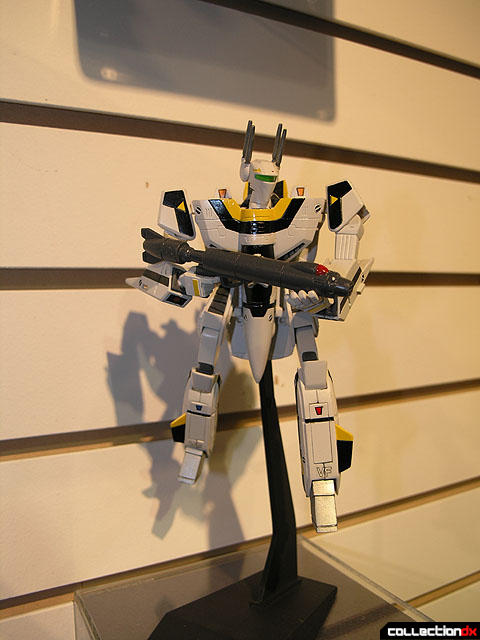 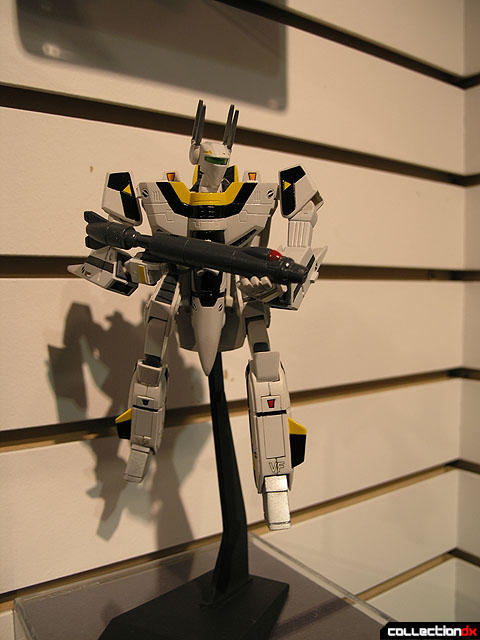 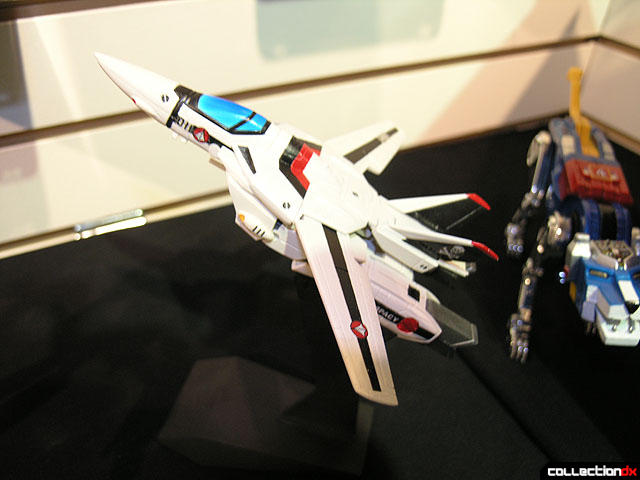 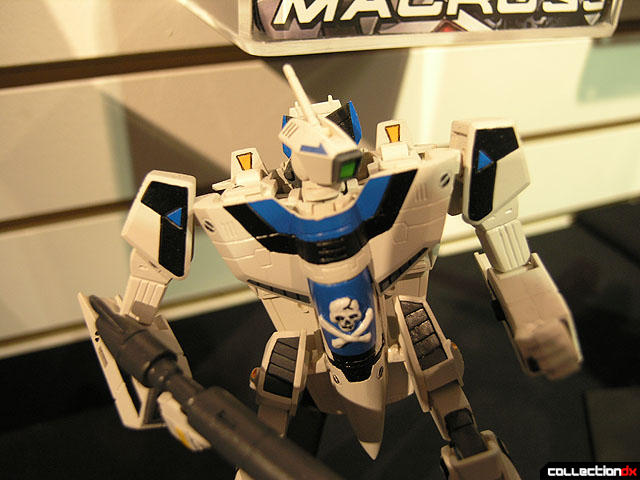 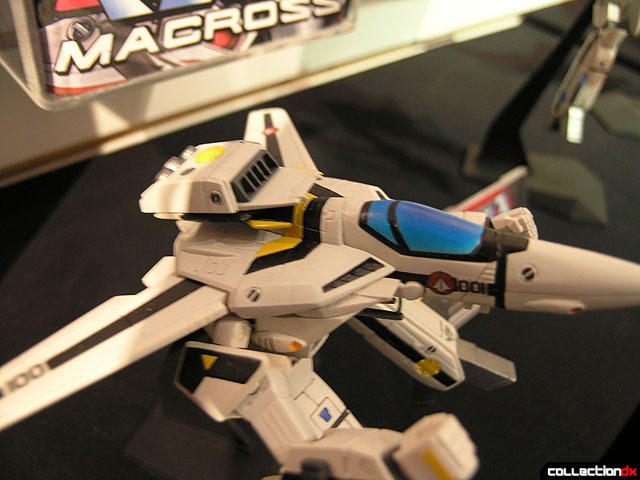 You read right: these are Valkyries, not Veritechs. The toys reflect the Macross movie designs, and will be branded with the Macross logo. We asked George whether he was concerned with American consumers not recognizing these as Robotech mecha. He said that based on their feedback from the market, there is such a strong connection between the Macross designs and the Robotech brand name in the US that they don't forsee any issues.


Working in this smaller 1/100 scale gives Toynami a couple of advantages. Not only can they produce and sell them in greater quantities to attain a lower price point (these will retail for a very affordable $19.99 each), but the scale makes it more feasible to expand the line with non-Valkyrie mecha, like the Destroids and Zentraedi designs.


Josh and I definitely lit up when we heard that. Provided the line is well-received, George definitely wants to start with producing the add-on armor sets in future assortments. For now, though, the first two planned assortments will contain
movie versions of Roy's VF-1S and Hikaru and Max's VF-1As, and then TV versions of Hikaru, Max, and Milia's VF-1Js.

Even if you're not gawking at these up close the way Josh and I did, you can tell that these new Valkyries are a far cry from their stiff-armed 1980s ancestors. Despite their small size, they have an incredible amount of detail and poseability. A very nice touch is that these will come with display stands that allow you to show them off in all three modes.

We were also a little surprised to see this high-end Hikaru doll in his 1984 movie uniform: 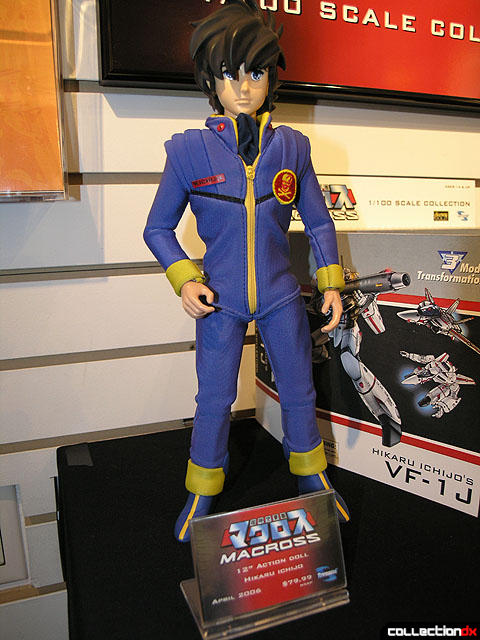 George told us about a recent preview of the upcoming Robotech Shadow Chronicles pilot that he attended, and said that he was very impressed with they were accomplishing with modern animation techniques. He also wanted to hear from us about what we thought about the toys, and our views from "street level" about the hobby.

All in all, it was a very fun and informative visit, and we look forward to meeting up with Toynami at future events.