The Grendizer GX-04B Soul of Chogokin by Bandai is the "Shaft" of the toy world. He is one bad mutha f**er. 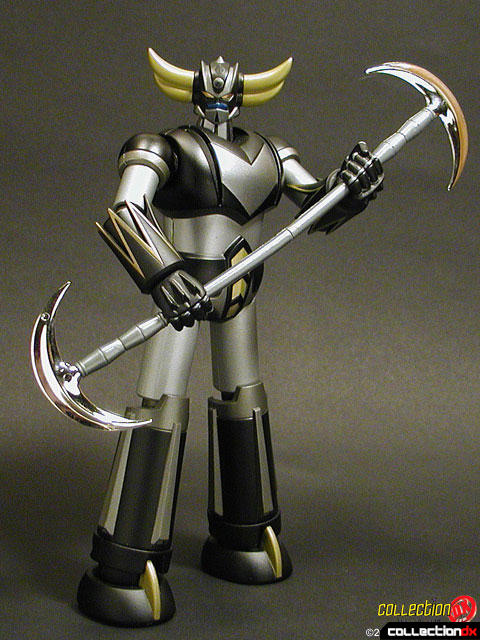 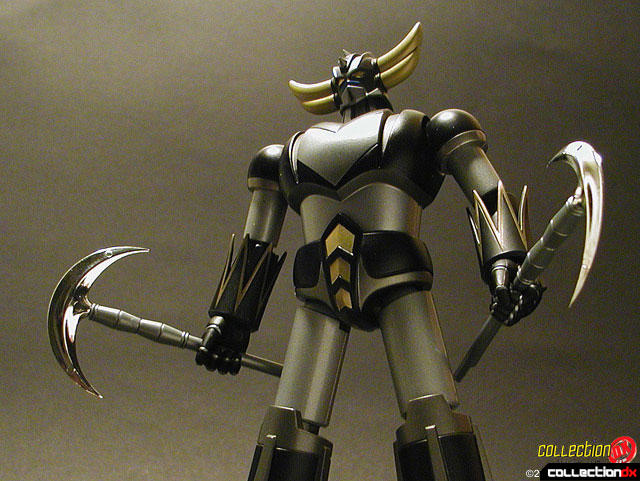 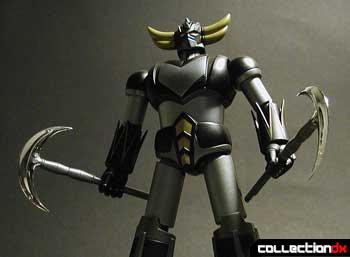 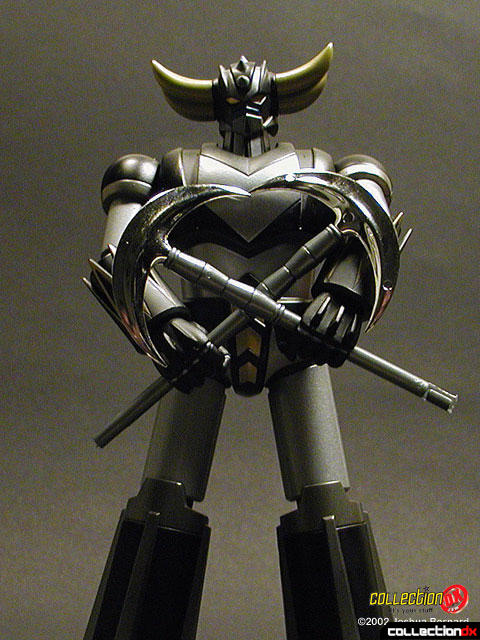 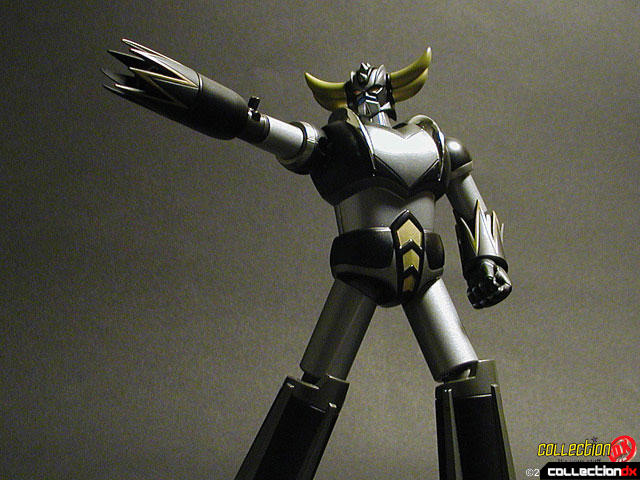 Japanese toy companies have been pumping out black versions of toy since the late 1970's. Almost all of Bandai's SOC line have gotten the black treatment. The black versions of the toys are the same , except for the gold, black and silver paint job. As a bonus, black versions come with a bonus item, such as a small pewter pilot figure. This version comes with a miniature Duke Fleed, Grendizer's pilot. 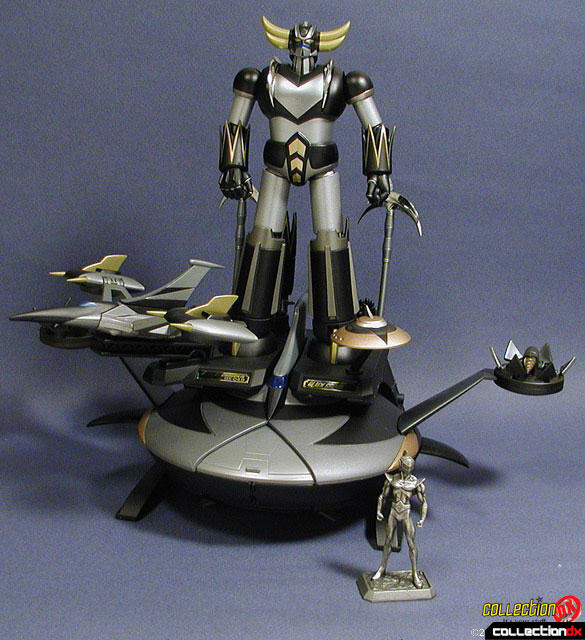 He comes with all the accessories of the original SOC, including 3 spazers, rocket punch hands, double harrikens, a small TFO ship, drill missiles and a stand to hold it all. 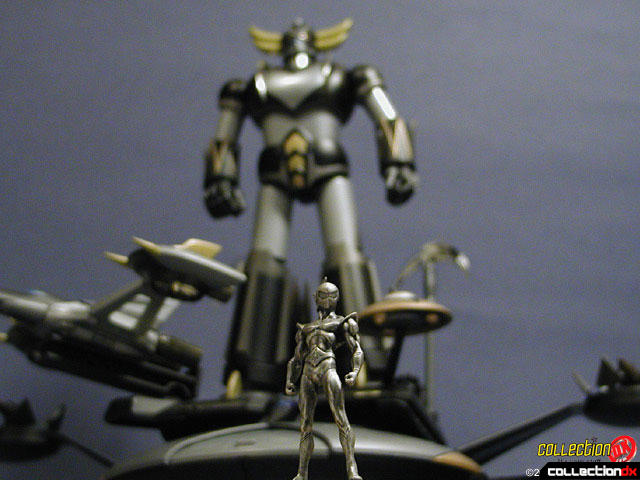 I own both the Black and normal color version of this toy, and I have to say, the black version has so much more presence. I am not a fan of repaints in general, and i doubt I would have picked this up if it were not a gift, but now that I have gone black, I might never go back. 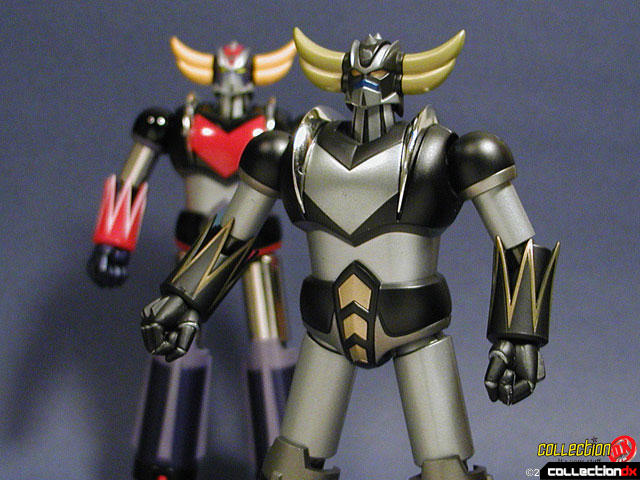 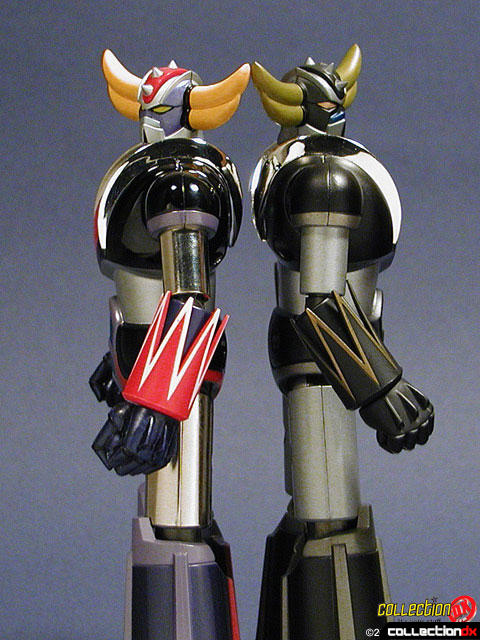 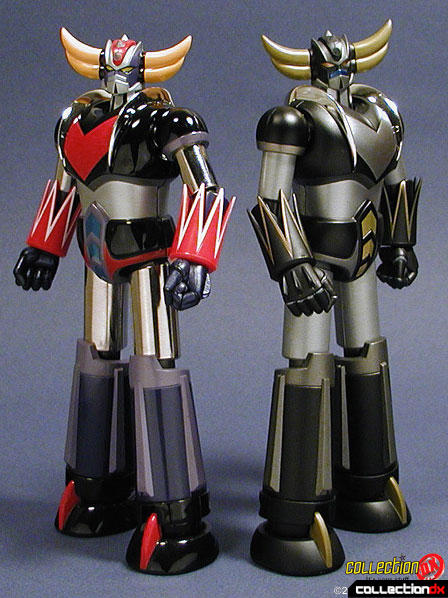