Some people argue if Evangelion Unit 01 should even be a chogokin, considering Eva's nature. But I won't go into that here, because I don't want to spoil the anime for anyone who has not seen it. 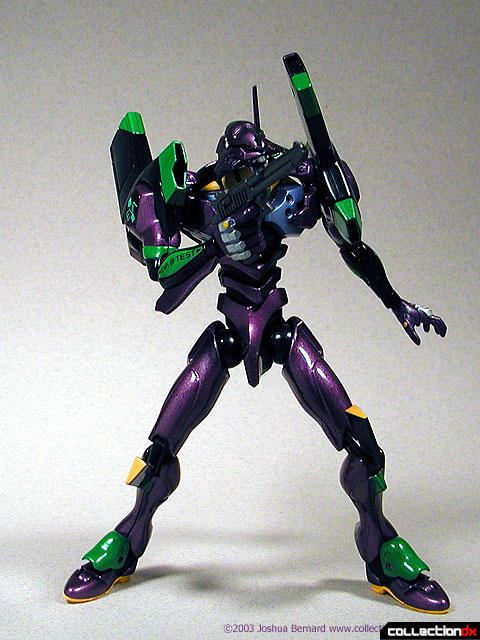 The Soul of Chogokin Evangelion Unit 01 is a fantastic toy. Standing around 6" tall, it's made almost entirely out of die cast. It features a ton of accessories including removable entry plugs, 2 swords, a prog knife that stores neatly in the shoulder compartments, 2 guns, a bazooka, variant hands, power plug, 2 sets of shoulder armor (one for show, one with accessories), and even an extra head spike, in case you lose or break yours. Most of these things store neatly in a display base that is designed to look like the Evangelion launch tower. 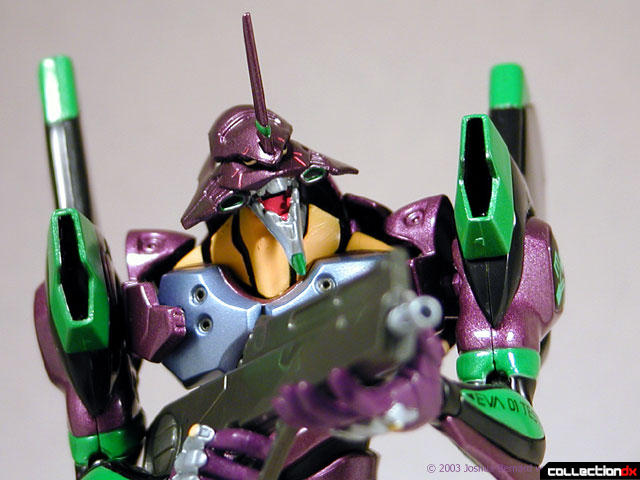 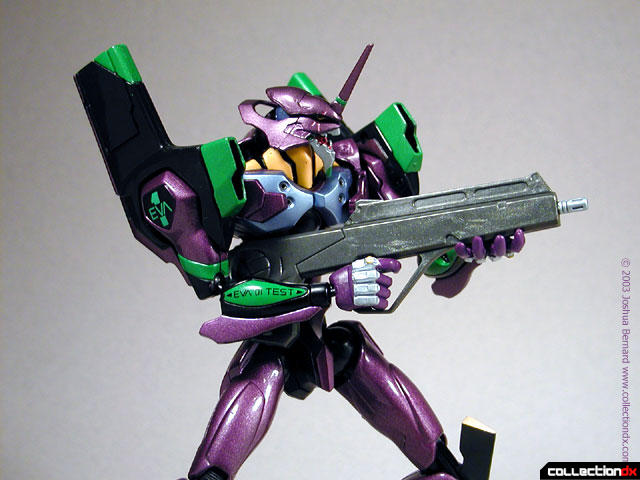 The paint Job is exquisite. It's a deep dark metallic purple. Although Unit 01 appears to be a flat purple in the anime, Hideaki Anno preferred the metallic over the normal colors. 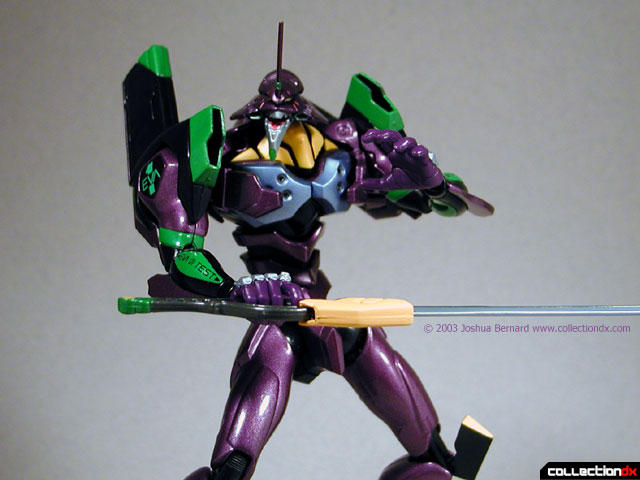 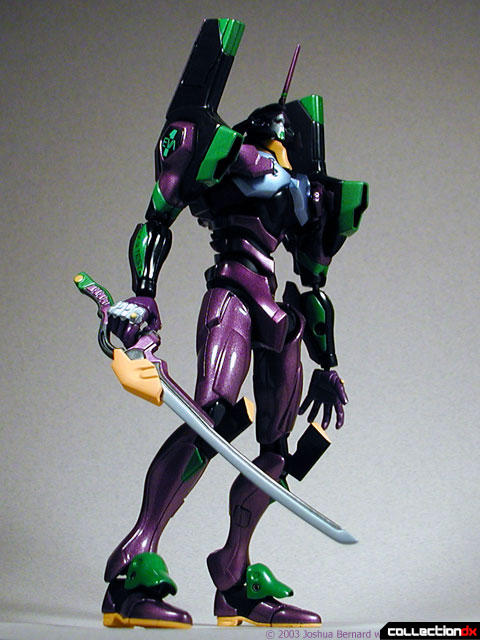 Articulation is pretty good, although not as good as it could have been. The shoulders don't allow for the arms to come out as much as you would like them to. 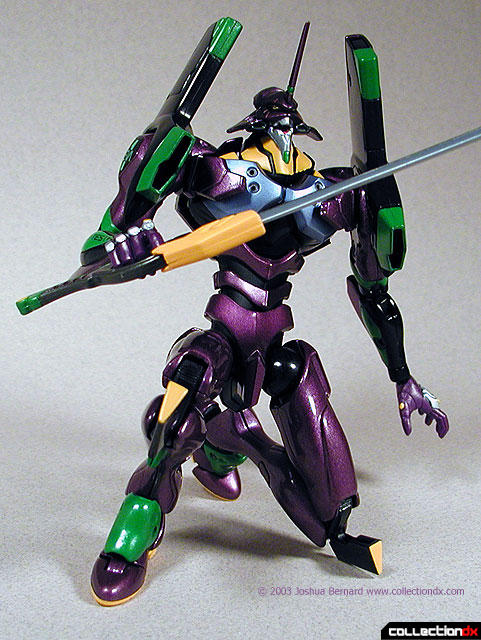 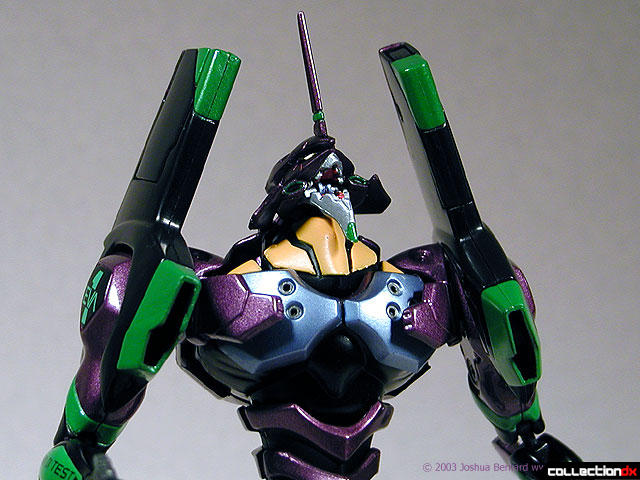 The figure has a couple of flaws, but nothing major. The head antennae tend to fly off when you touch it, but they gave you two for that reason. The jaw can get a little loose after a substantial amount of play, and I have heard concerns about paint scratching in the joints, although I have not experienced it.