I used to watch Starvengers on TV when I was a kid - It was on Channel 25, as part of the "Force 5" lineup. Starvengers, along with Gaiking, Danguard Ace, Spaceketeers and Grandizer planted the seeds for what would grow to be a lifelong obsession.

In the show, 3 ships in different combinations formed Star Arrow (Getta Liger), StarPoseidon (Getter Poseidon), or Star Dragon (Getter Dragon). In Japan, the show was a sequel to the original Getter Robo, called Getter Robo G. In 2003 a DVD boxset of Getter Robo G was released, renewing interest in the series. Bandai released all 3 Getter G Modes as part of their Soul of Chogokin series. 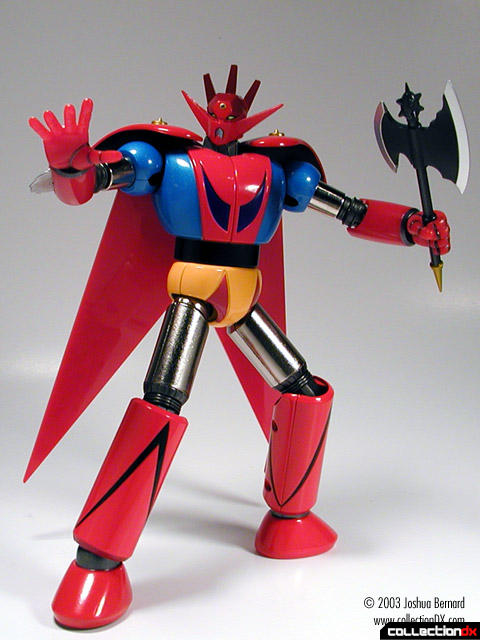 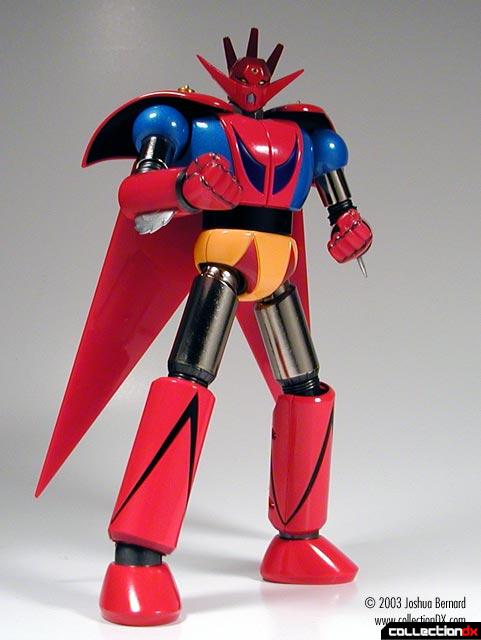 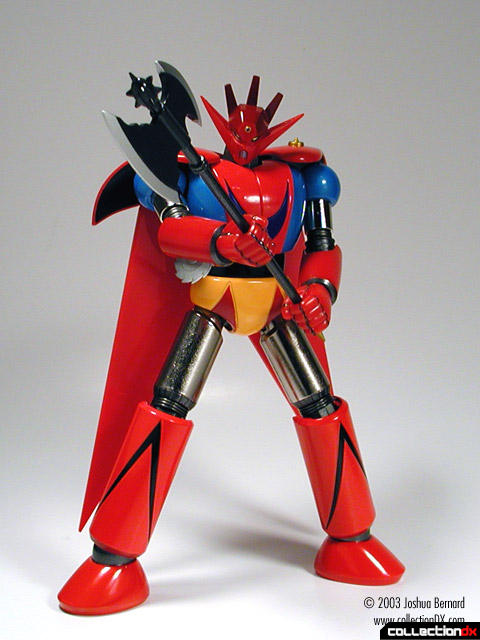 GX-18, Getter Dragon, Comes with 3 sets of hands, 2 ax heads, 2 ax handles, a long handle, a variant head to mimic the transformation sequence, a cape, Getter Eagle and launch base and a display stand. 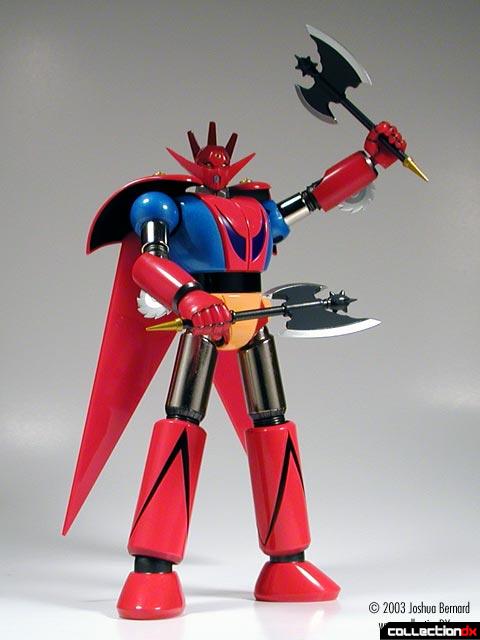 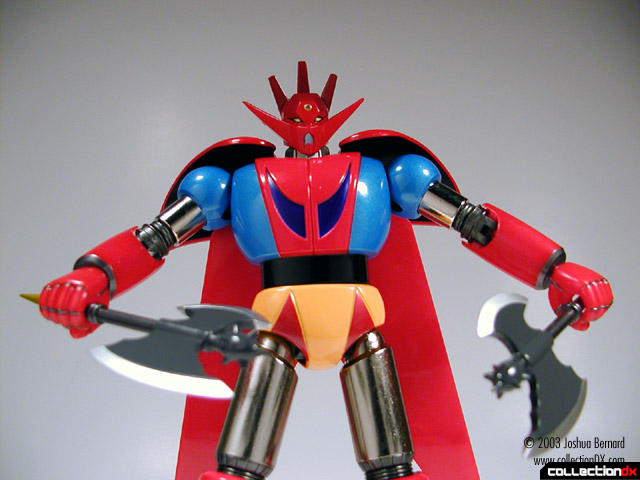 As with all SOC releases, Getter Dragon is almost entirely metal. Joints make a satisfying click when moved, and it can assume a variety of poses. It features a two-position neck, that can tilt back for flight mode. Unfortunately, this neck joint is awkward and prone to scratching. 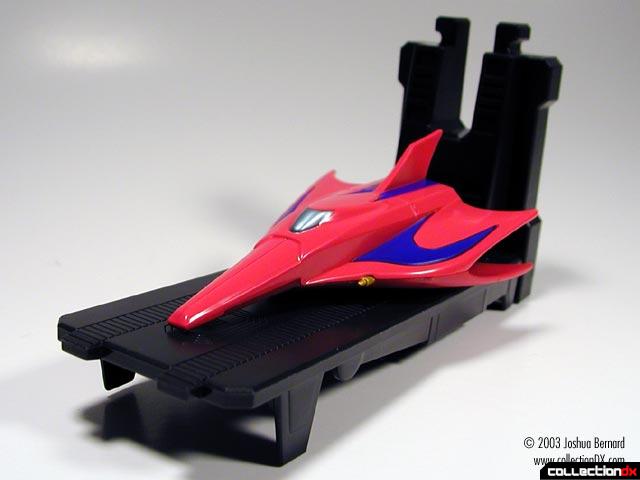 Getter Dragon can be disassembled to combine with other Getter robots for numerous combination's. It also features spinning arm blades and pop-out fins on the legs.

7 comments posted
GX-18 all the way

Thank the robot gods this GX-18 has die cast feet unlike GX-51's PLASTIC FEET. I think the GX-18 is superior in the construction dept. and I love the retro blue metallic finish used here. It is VERY COOL when you do mash-up forms with the addition of GX-19 & 20. GX-18 is going up in value and is more popular than the modern anime mass production Dragon model. I have both and I vote Getter S.O.C. GX-18!
I have a REAL problem with Bandai's recent use of plastic feet on their S.O.C.'s

Dude...don't double post. It's not good etiquette. And of course this one is going up in value, when's the last time GX-18 was for sale?

It is not like I started two threads or something buddy. This is absolutely related to the other post and I modified it slightly. Some people may read this one and not the other so what's it to you? Are you saying you know what proper CDX etiquette is and I don't? Go play elsewhere and save your advise for newbs that scare easily.

It's a common courtesy. Yes, it's proper etiquette, not just on CDX but anywhere you post on the internet. You changed the first sentences, and everything else was a copy and paste job. Your 'scare off the newbs' phrasing is kind of amusing, as I don't post a whole lot, but whatever. I'm not CDX staff/police, and I have no intent on continuing this, so feel free to have the last word.

Oh, and too bad about the plastic.

Finally picked this up when it was on sale at BBTS. Ha... sale. Was still well over a hundred - but all worth it. I think this is one of the very best trio releases the SOC line has out. I think that the diecast content will never get as good as this set had ever again in the SOC lines to be. Just fantastic.

Back before Ryoma was casted as a Crazy, we had the Heroic Ryoma, my favorite iteration of Ryoma (Alpha Trilogy Fan~), and with this, I'm torn between the Two Dragons Bandai has for us in the Soul of Chogokin line...

This figure has a Retro charm with its chrome limbs and Vibrant colors, and while it CAN pose, it is utterly outmatched by it's more modernized brother in that regard....though I still have to prefer this one for it's Open Gett Ability!