The Seabed Strider is piloted by the Neptune’s no-nonsense technical engineer, Axel Storm. It is designed for light salvage operations at the bottom of the ocean. Dual propellers and steering fins propel it easily through the water, though it isn’t as fast as some of the Neptune’s other craft. A pair of robotic legs provide stability when it lands on the seafloor, and then a small pair of clawed arms extend from below to hang on to delicate Atlantis artifacts. For defense, a pair of spear launchers is attached to each side which can be either fired when attached, or when Axel holds them in his hands.

Both frictionless screws can easily spin independently. The arms can be raised up to get them out of the way. There is no foot pedestal or seat for Axel, so he is always suspended behind the handlebars. 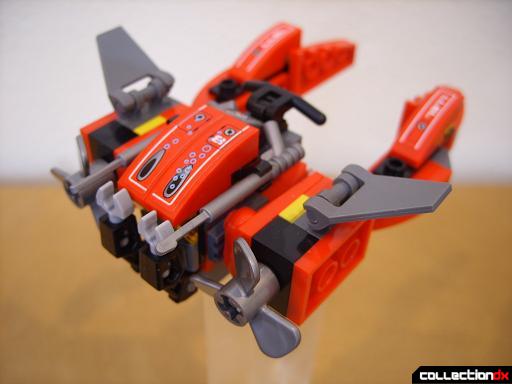 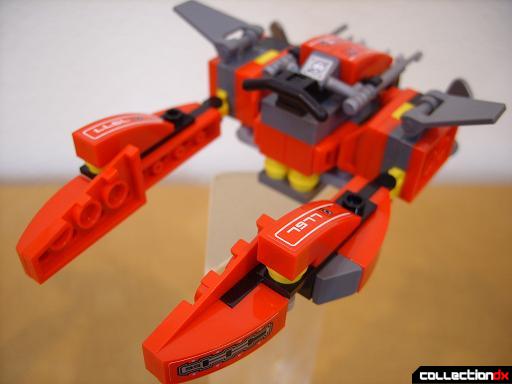 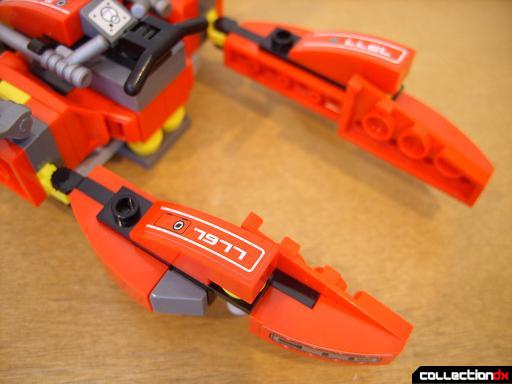 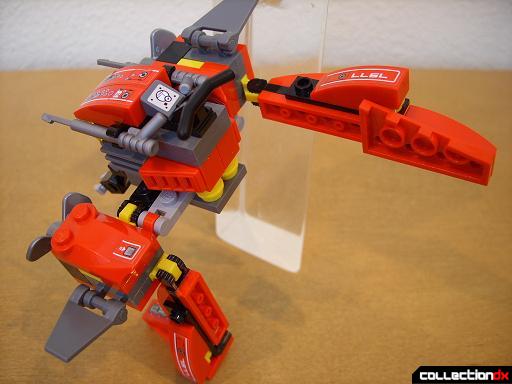 The hip and ‘knee’ joints ratchet on one axis only each, while the ankles free-turn with friction along one axis. The dive fins along the outside of the legs can be angled as you wish. 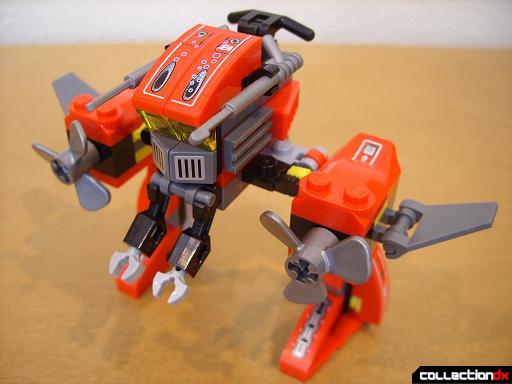 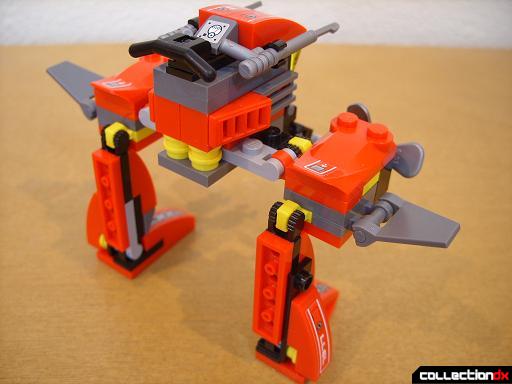 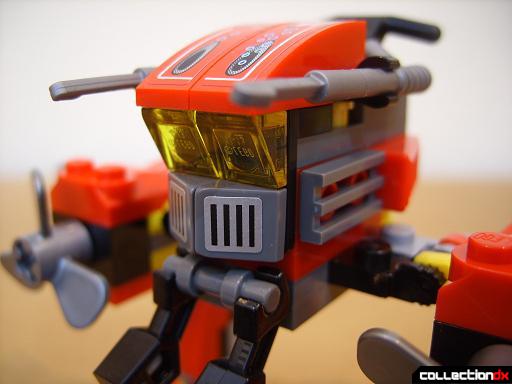 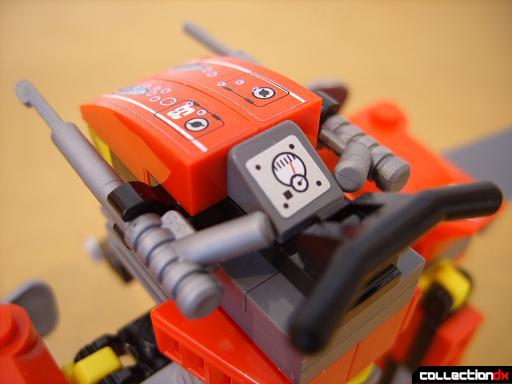 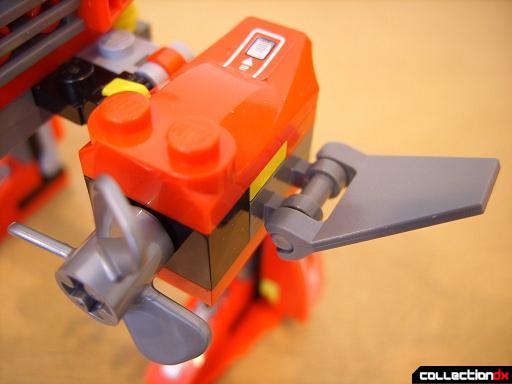 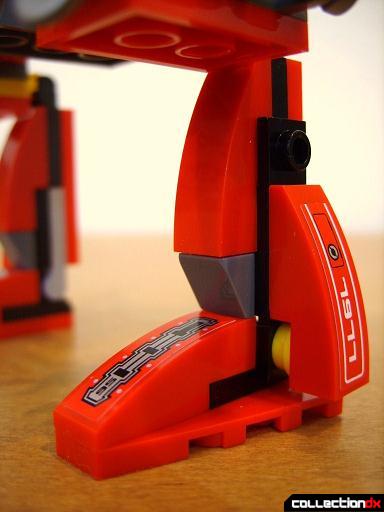 The arms have single-axis friction joints at the shoulders and wrists. 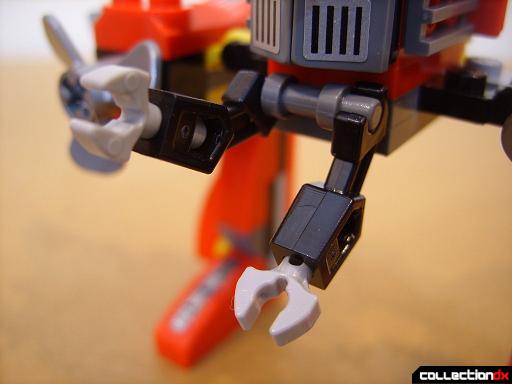 An ancient Roman shield sits on top of a stone pillar embedded on the seafloor. Two transparent diamond pieces are provided which can be grasped by either Axel or the Seabed Strider. 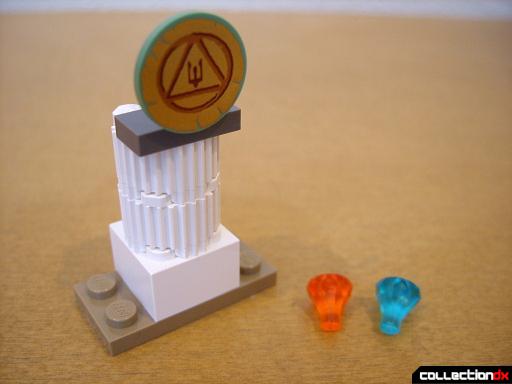 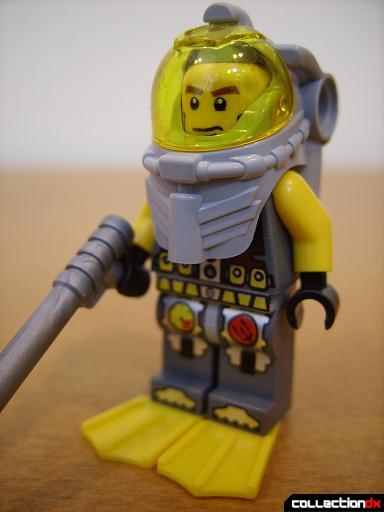 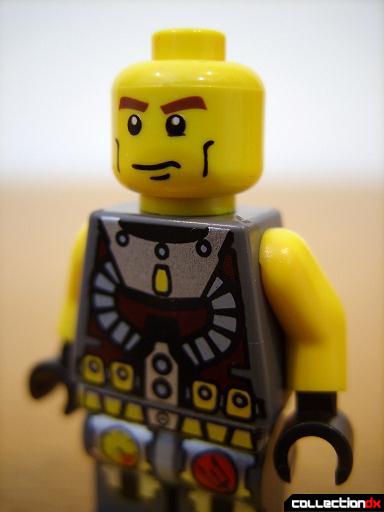 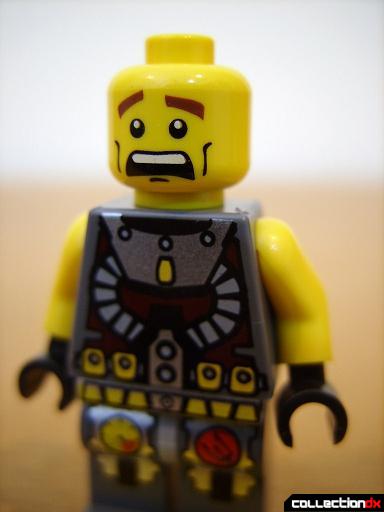 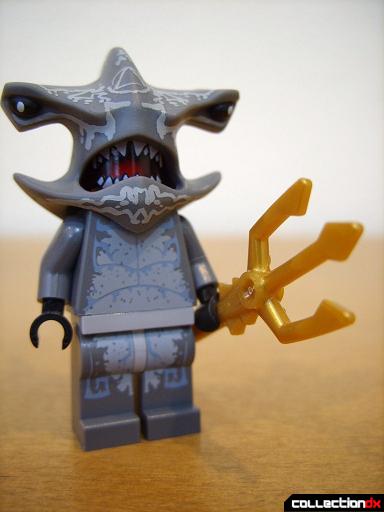 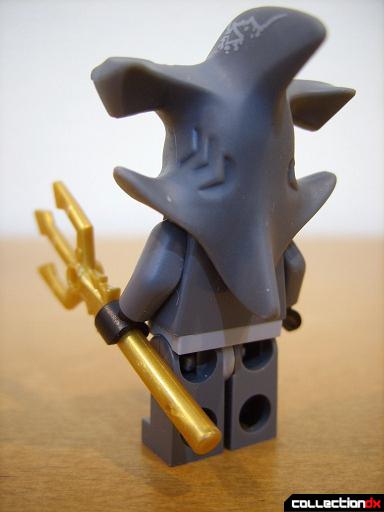 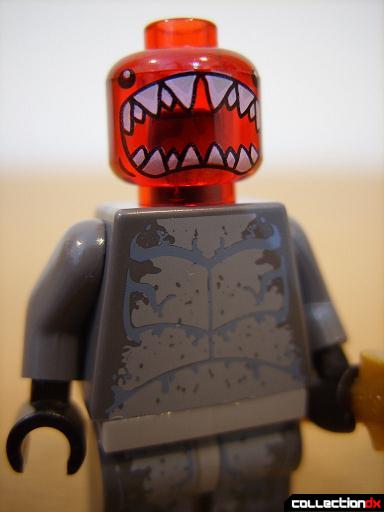 This set is one of only five released early in 2011 for the second year of Atlantis. This is a common event for LEGO- when the first full year doesn’t pan out, a limited issue of new toys appears the following year, attempting to draw in new customers without investing too much money in the line again. 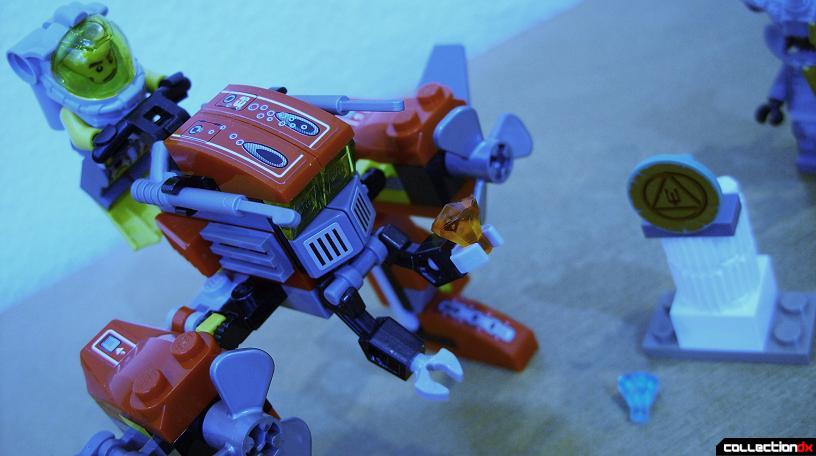 But regardless of that, this is still a good little set. Despite having limited poseability in the legs, it isn’t a typical ‘human-piloted robot’, but rather a pair of legs with a small set of arms. There isn’t even a seat for the poor guy! So in the end this is a glorified sea jet. And yet, it retains the streamlined look, functionality, and red hull armor of the rest of the Atlantis line, but simply replaces the first year’s neon green with straight yellow. I thought the headlights on the front, and decal-ed depth gauge in back were nice touches. I kinda wish the paired arms have been just a single one, as they feel rather useless here, just there to hang on to those random crystals.

In 2011, it is hinted that Roman architecture is involved somehow in the origins of Atlantis. For larger sets that have non-moving bases, that’s fine, but here the single column feels pointless. The shield on top does not seem to be tied to a series-wide gimmick like 2010’s pyramid keys were, even though it has a unique pattern on it.
Again, I’m loving the diving suits, though I wish Axel’s had spotlights and/or propellers on it in addition to the flippers. Oh well. The Hammerhead Warrior (re: “guardian”) is a freask-ish thing- the inside of his mouth is a transparent-red head with printed teeth! The scale pattern is nice too. 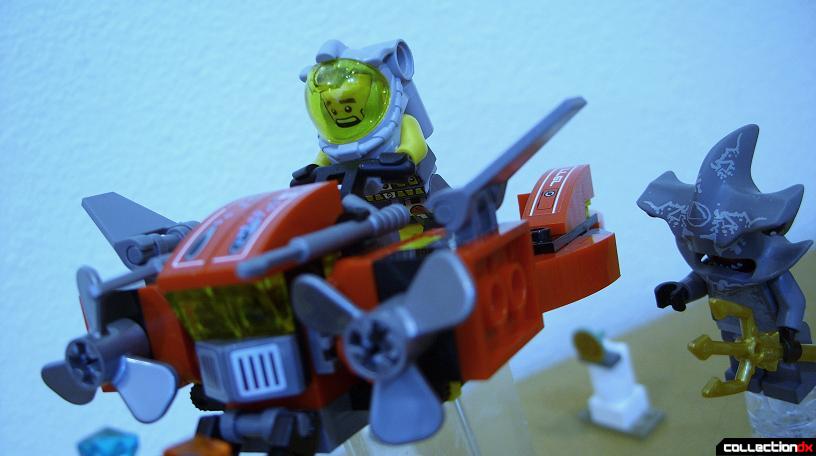 This is the second-smallest set for early 2011, yet it feels right at home with the 2010 sets. Again, a small, cheap set to give you a taste of what is to come later… or not, depending on if customers accept the line continuing. But as usual, I proclaim that small sets like the Seabed Strider can be just as much fun as the bigger ones! Recommended.

4 comments posted
Neat! Reminds me of those

Neat! Reminds me of those funky train-robots in Final Fantasy 7. I was thinking of this set, since I've seen it quite a few times. Perhaps I'll pick it up!

The smallest set of the 2011 line- Ocean Speeder (7976)- does more-or-less the same things as this one, except it doesn't have legs or an Atlantis guardian minifig, and it costs only $5.

The Atlantis line had a much-larger humanoid mecha in limited release in 2010 that could change into a multi-wheeled seabed crawler... and I totally let it slip through my fingers, dammit!