For “Transformers: Revenge of the Fallen”, the line of Scout-class figures are inspired loosely by split-second moments seen in the film, even though they do not appear themselves on-screen. Thus they do not have established individual characteristics. (Most of them actually have re-use names from previously-established Transformers series, and so their personalities and histories are based on them instead.) 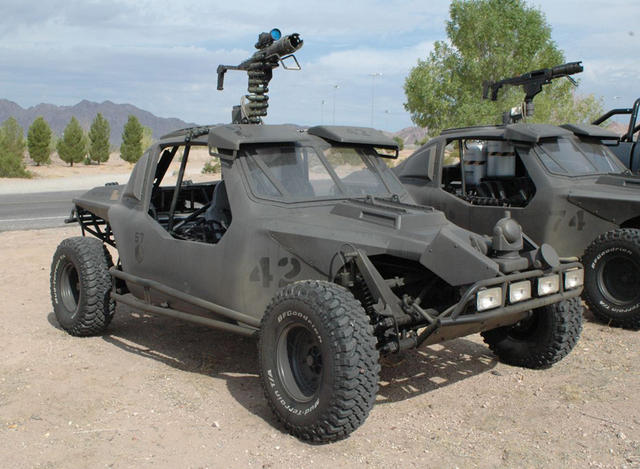 Dune Runner’s vehicle mode is based on the real non-armored Desert Patrol Vehicle previously used by the U.S. military. The DPV was seen in both “Transformers” and “Transformers: Revenge of the Fallen”, prominently being used by both Sector 7 and N.E.S.T. The company that manufactured them, Chenowth Racing Products, also makes a sport version of the lightweight sandrail vehicle. 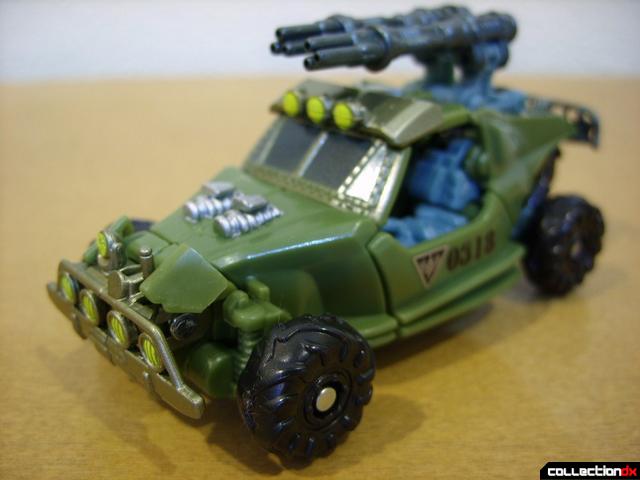 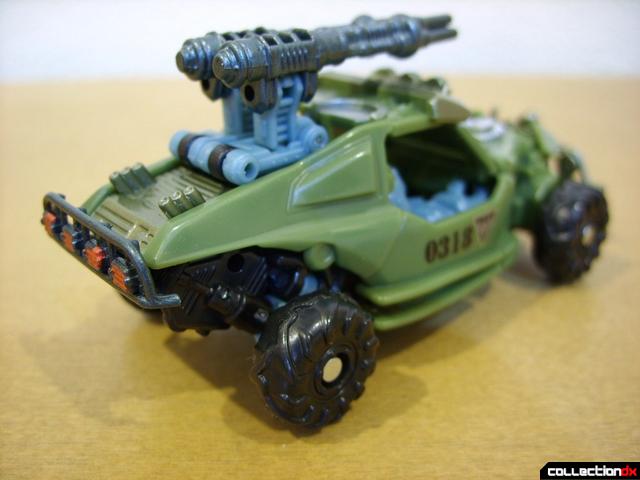 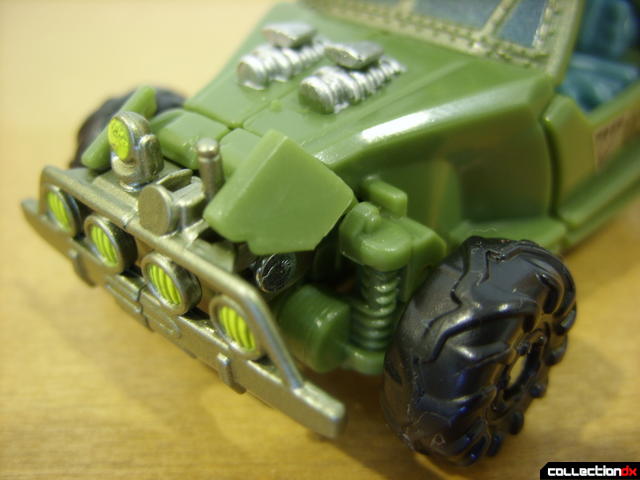 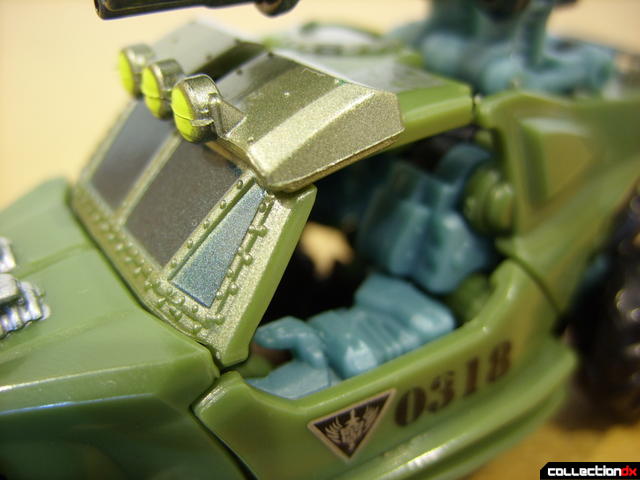 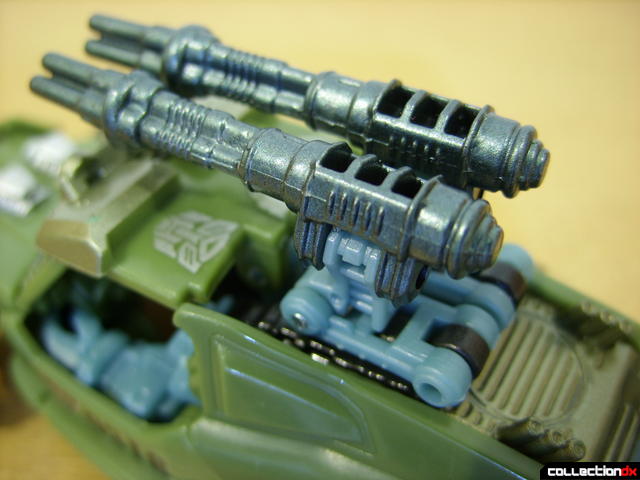 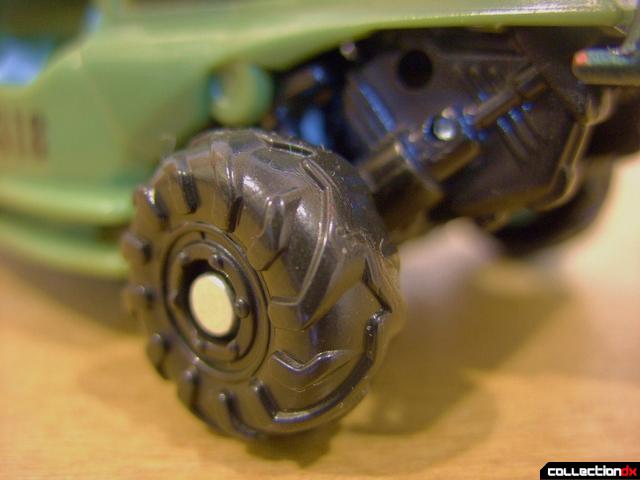 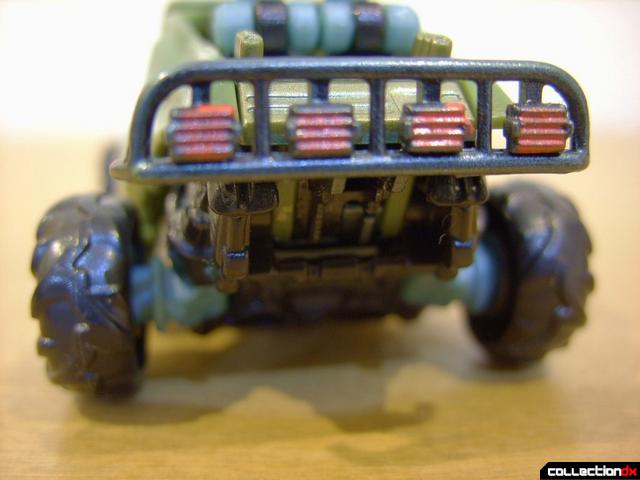 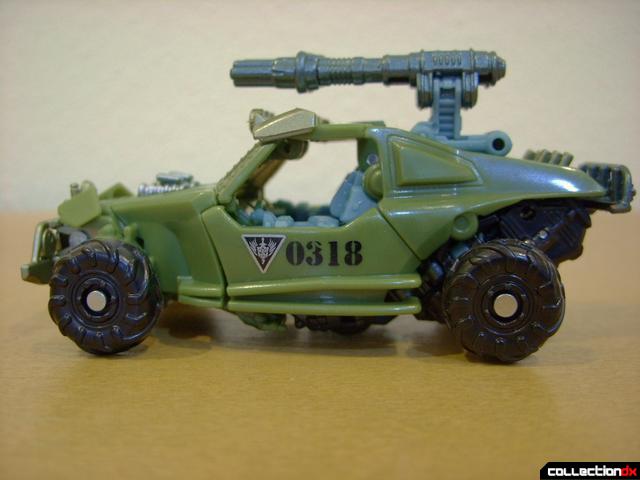 The main gimmick for all of the fully-transformable figures from the 2007 “Transformers” toy line was Automorph Technology™: as one part of the toy was being moved, another section would activate and move by itself via internal gears, springs, and levers. (Usually this applied only going in one direction for transformation but not the other.) For the 2009 “Transformers- Revenge of the Fallen” toy line, the Automorph feature has been replaced with Mech Alive, which is not involved in transforming the toys. Rather it is a gimmick that functions only in robot mode to better imitate, in some fashion, the intricate movements and mechanics of the immensely-more complex CGI character(s). Some figures are being reissued from the 2007 line since no significant changes were made to the character in that time-span, and will still include their original Automorph feature, but not the newer Mech Alive feature because they were manufactured two years previously. Scout-class figures are too small to incorporate a Mech Alive feature, and so Autobot Dune Runner has none. 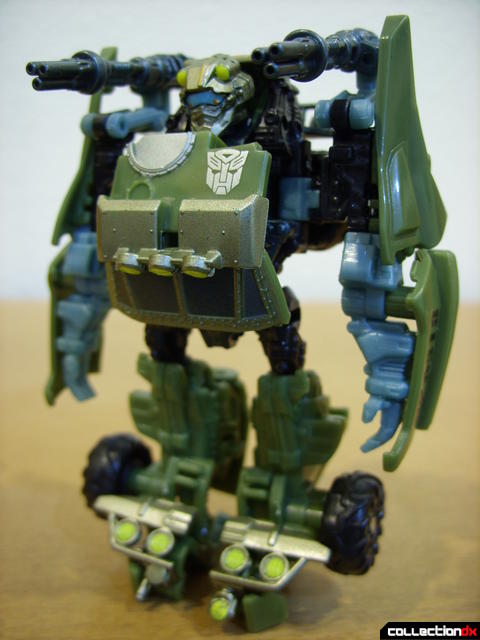 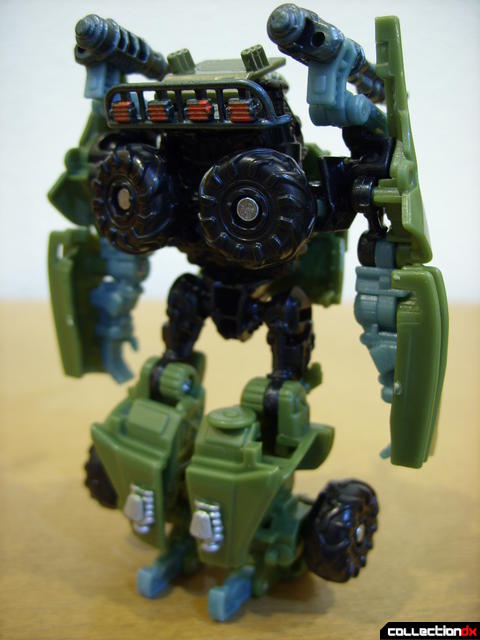 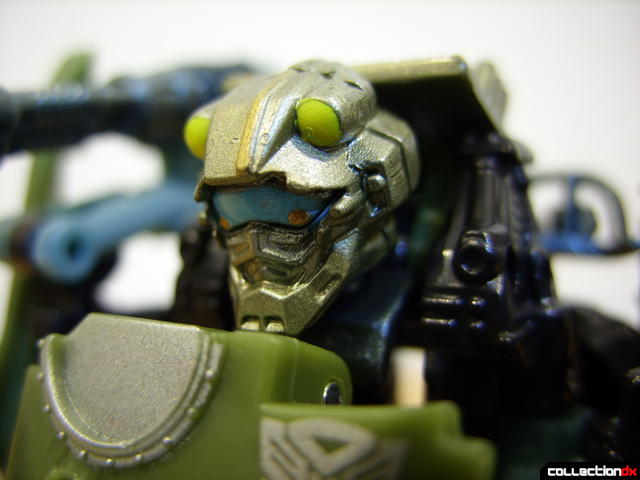 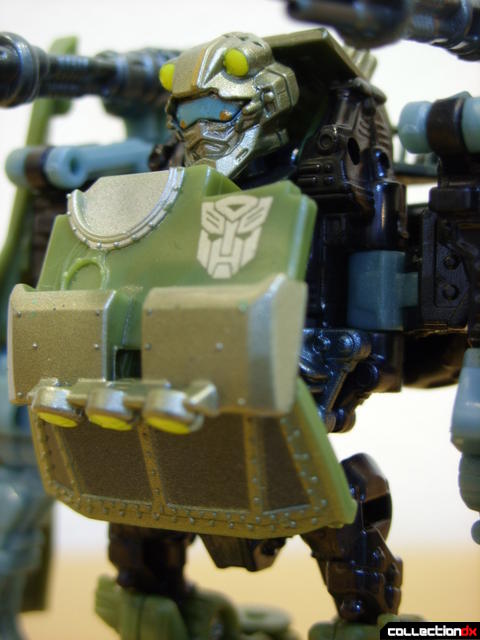 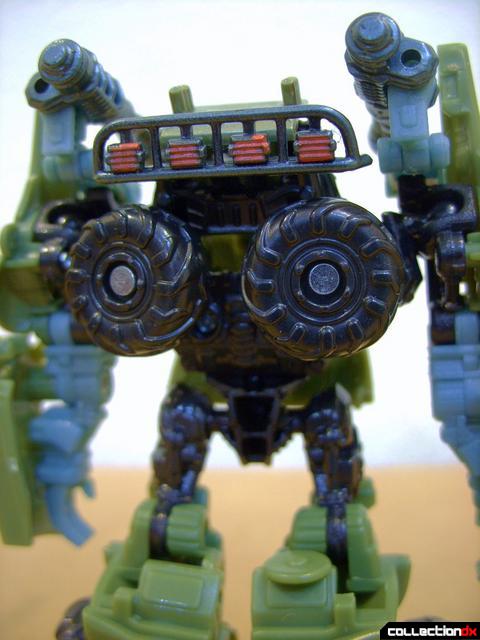 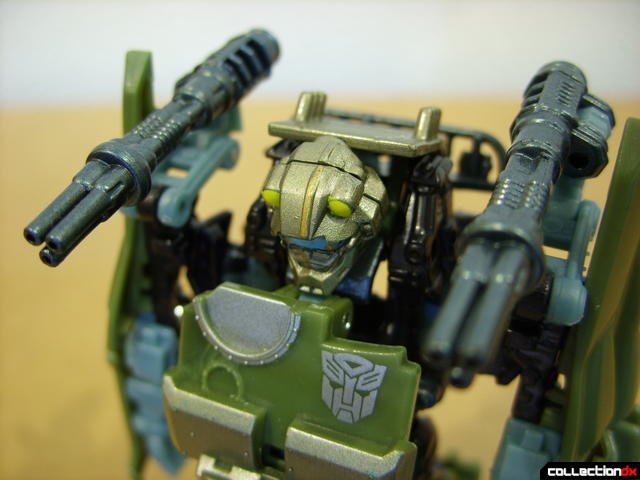 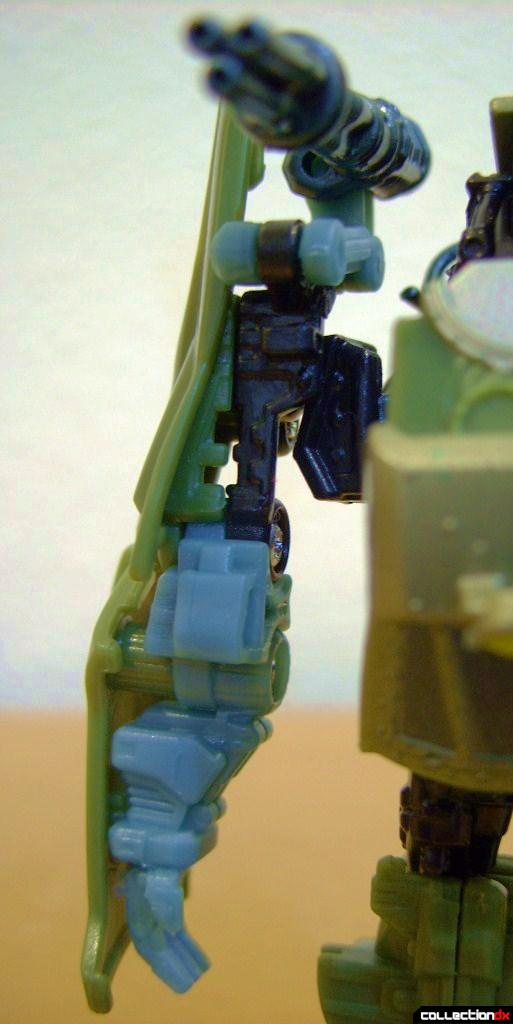 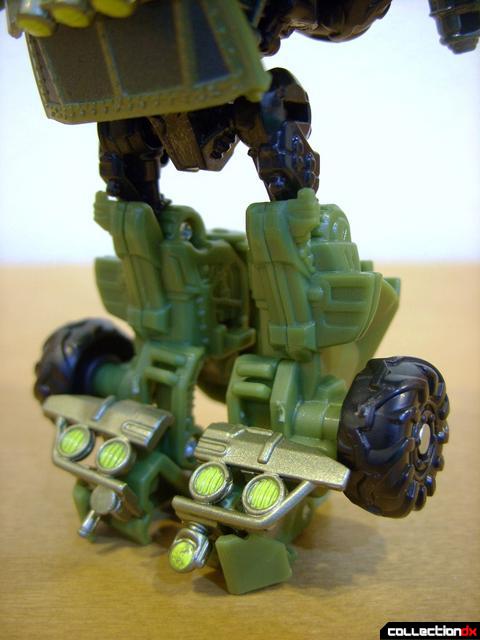 Dune Runner’s disguise form seems so familiar because it was previously used for another character not seen on-screen, Deluxe-class Autobot Landmine from the first movie’s AllSpark Power-line. Obviously their Robot Modes are nothing alike since they are different characters, even though their Vehicle Modes are so similar. 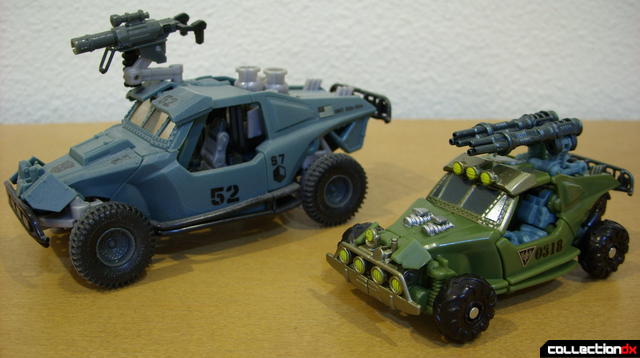 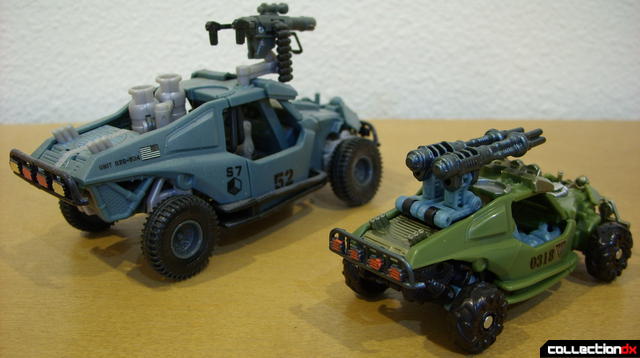 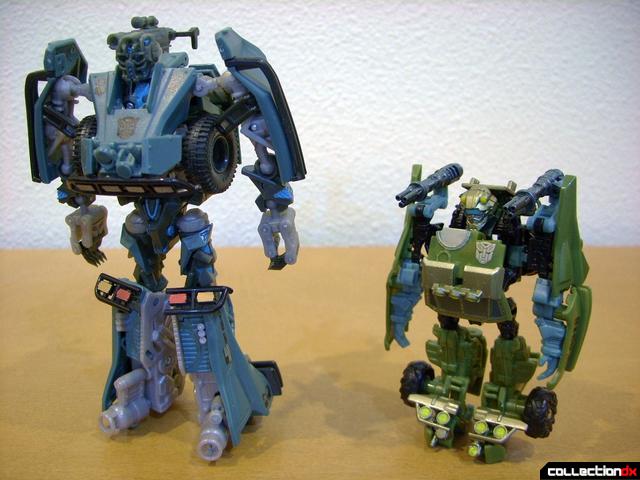 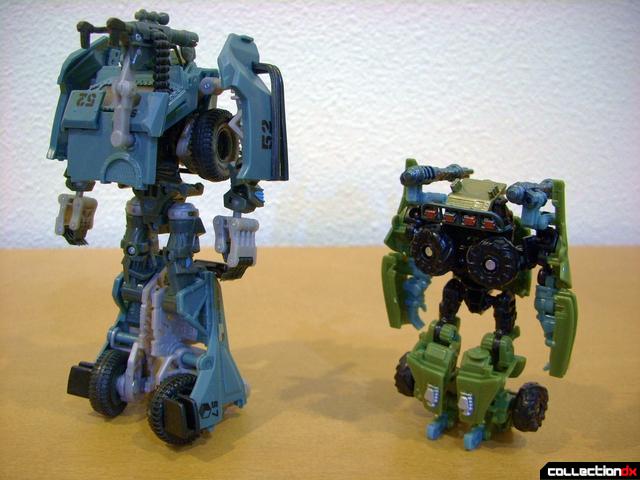 This is the first character I got from the “Transformers: Revenge of the Fallen” line that was not seen in the film itself. I usually don’t go for characters that don’t appear on-screen, but that’s just me... Previously, I covered almost all of the Real Gear Robots line, which were similarly-inspired by the first film and how the All Spark Cube could animate random human machines into Cybertronians. (A separate line of Scout-class figures were also released, but they were small-sized repaints from previous series.) That being said, compared to the two previously-mentioned toy lines, this is a refreshingly detailed & articulate figure for his size and price. There were two small things that I scratched my head over- why the gun barrels and the windshield have joints which really serve no purpose. I also get frustrated in trying to realign everything when transforming him back to Vehicle Mode- like many Transformers before, if things are not aligned just-so, then it doesn’t work at all. (There’s also an extra transformation in his shoulders that I can’t figure out why they put there either…) Standard ball-and-socket joints in the shoulders, hips, neck, and a nice waist joint make for some dynamic posing too. I kinda wish the machine guns on his upper arms could have been able to fold back behind his arms altogether to get them out of the way, but I don’t think they’re bad where they are either. He’s got a little bit of hollow kibble on the back of his lower legs, but that can be overlooked easily because of his size. The robot parts are also acceptably detailed to fit the Bayformers aesthetic. 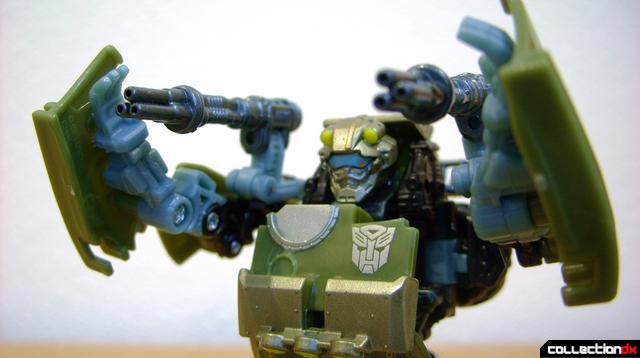 I stand by my notion that cheap articulating figures under 5" can often be just as satisfying- if not more-so!- than their larger brethren. Other than fighting to simply complete that last transformation step back to Vehicle Mode, the Scout-class Autobot Dune Runner set is very acceptable for its price point and size. I wouldn’t be surprised if we saw a repaint-or-two of this guy in the future…

2 comments posted
I have this guy on my desk.

I have this guy on my desk. These scout class transformers are neat because of their price point and suprisingly intricitate transformations for the size. Lots of fun.

Can't disagree with any of that.