The Microbe-Obliterator (M-O) is one series of many robots whose function is to maintain a clean and safe environment for the human inhabitants aboard the Axiom. Unlike the larger VAQ-M robot which handles larger debris, M-Os are detail-specific regarding smaller particles such as dust, dirt, and microorganisms. Specialized Buy-N-Large Germaprobe™ sensors are the key to this robot’s function, and an extendable roll bar-style suction unit allows them to make wide sweeps across many types of surfaces. With so many locations where infectious life-forms could hang out, the smallish M-Os are rather persistent in their function, especially when decontaminating the Extraterrestrial Vegetation Evaluator (EVE) probes returning from the surface of the long-abandoned Earth. 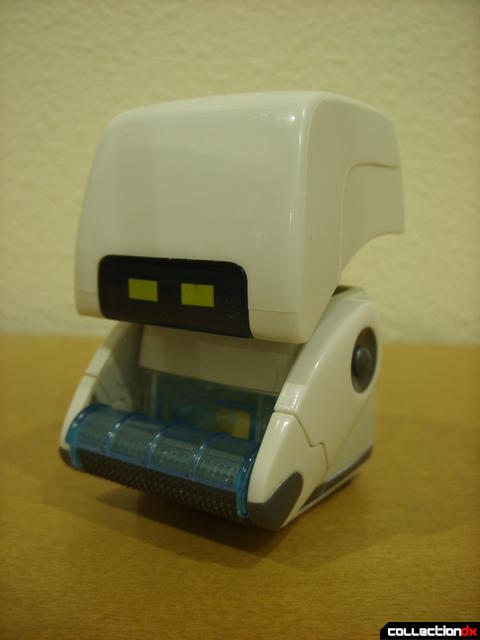 Clean N Go M-O (back) stands 3 1/8” (80cm)-tall with the head extended. The toy is very simple in construction, and is not designed to come apart in any way. The head can extend upwards and turn side-to-side, but it lacks the red strobe light he had in the film. He also can’t look up or down, and his eyes don’t move or change (being a decal behind the transparent plastic window). The arms can extend out only about a quarter-inch, but even then the rolling dark gray bar between them still doesn’t touch the ground! (And don’t even think of trying to raise the bar in front of his face or above his head!) While the dark gray scrubbing bar still turns, it can’t be covered up like in the movie. Whereas the movie character had a plain white body with a window on the back, there is a new window on his chest in addition to the one in back which then reveals the interior mechanism. Unlike the movie version of M-O where he rolled about on a single ball-wheel, that has been replaced with two rubber and two white ABS wheels to make room for the toy’s special feature. For decorations, a gray stripe along the base is painted on, and then he has several labels stamped on- including a BnL logo on the back of his head- and his name appears on both the front and right side of his lower body (he’s listed as being “Unit 101”). While you can retract his head and arms to resemble his storage form, it isn’t as streamlined and tight-fitting as it is in the movie.

As in the movie, M-O can clean flat surfaces. To do this, there are two small leg-like brushes which are connected to the rubber wheels. To activate the feature, roll M-O along a flat surface, and as the wheels turn, the brushes will swish back and forth as they pull particles in! 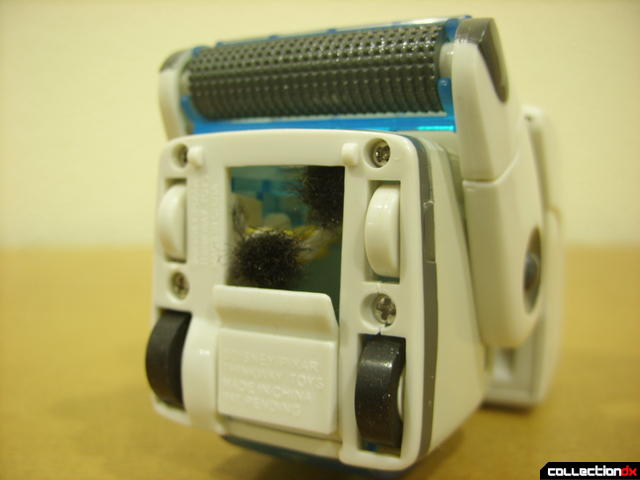 So, how does the feature stand against an acid test...? Being close to December, I ran M-O through some of that flaky indoor-use artificial snow on a counter top for about two minutes. And in that time, he picked up maybe six flakes; those that he did pick-up got stuck in the small soft bristles rather than be collected internally! The problem is that M-O sits too close to the ground, and so he just pushes them aside! Anything smaller like dirt I wasn’t willing to try because I didn’t want to get him too dirty. (And you know how much he dislikes that-!) 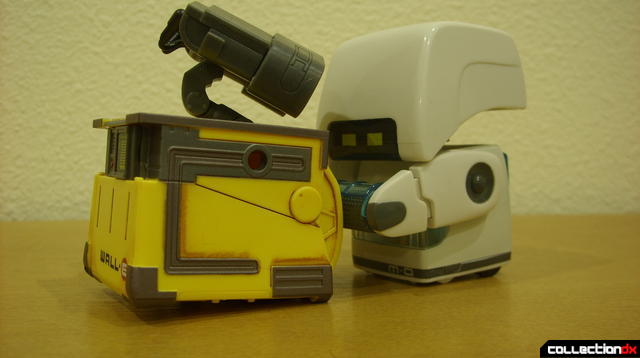 In a toy line dominated by the title character and EVE, it was nice to see some of the other ‘bots at least make an appearance (even if as non-poseable vinyl figures in six-packs). While in spirit this toy is poseable, it fails to deliver on what it promises- picking up significant amounts of dust particles and then storing them internally. The proportions also are a little off, so his head is a bit too big. Since the figure does so little, I thought that a pop-out transparent-red part could have been included somehow in the otherwise-hollow head. The arms, also, really could have extended another half inch-or-so; just so that the scrub bar could actually touch the ground! This toy- even though it is scaled incorrectly to other 3” figures in the line- is what I consider the fully-interactive version of the robot, and yet it lets down as such. Going into it, I knew that the scrubbing feature would be nothing significant, so I wasn’t let down that way; my expectations for such were already quite low. Even though it may look like him for the most part, it doesn’t pose or move like he would in what I would call an "acceptable" way. Unless you simply want a physical representation of him on your shelf that is guaranteed to collect dust in a different way, don’t bother. So, my vote is N-O on Clean-N-Go M-O. 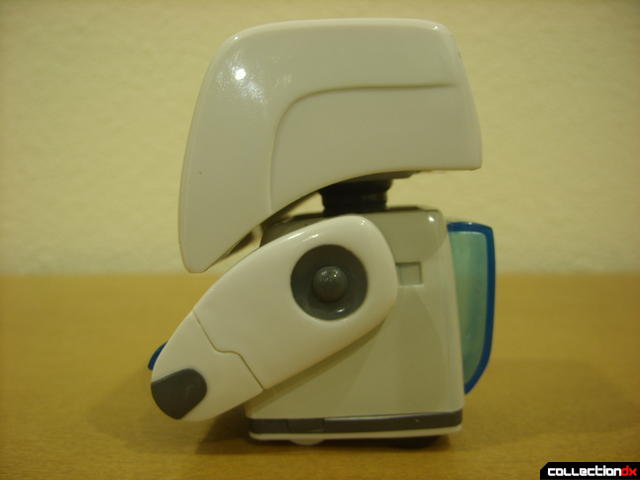 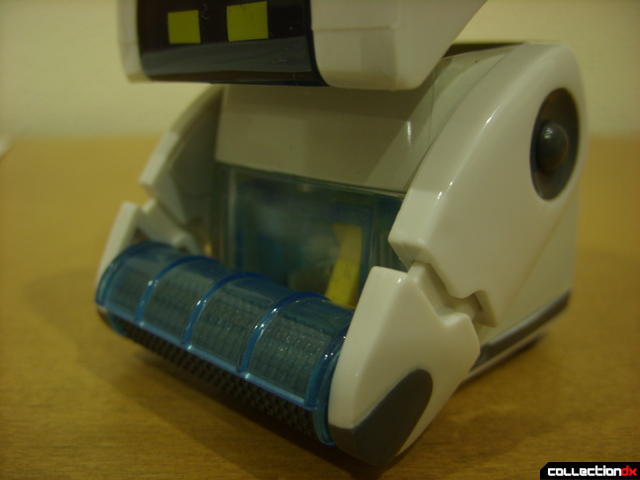 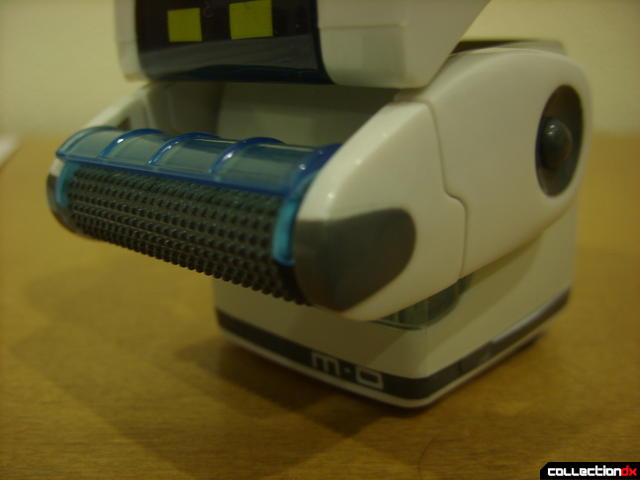 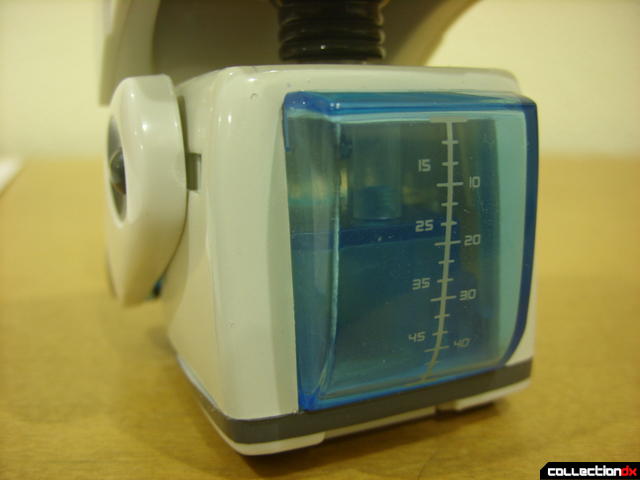 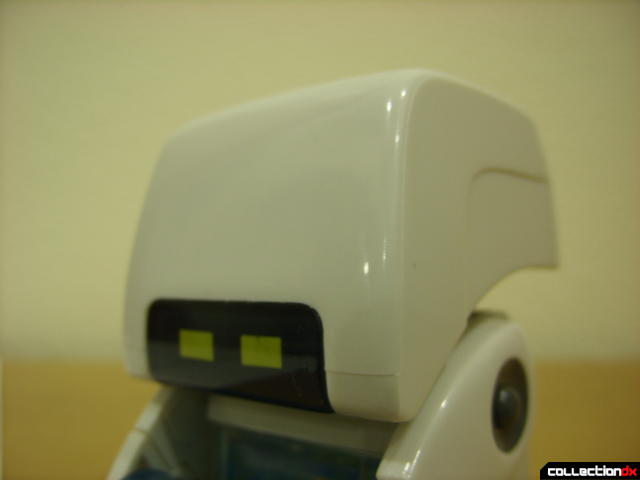 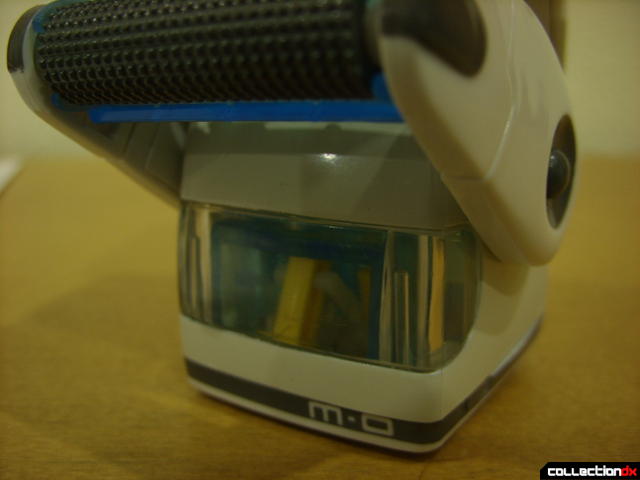 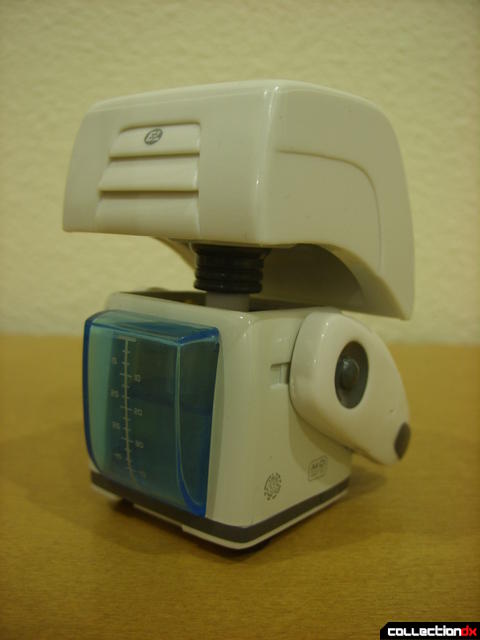 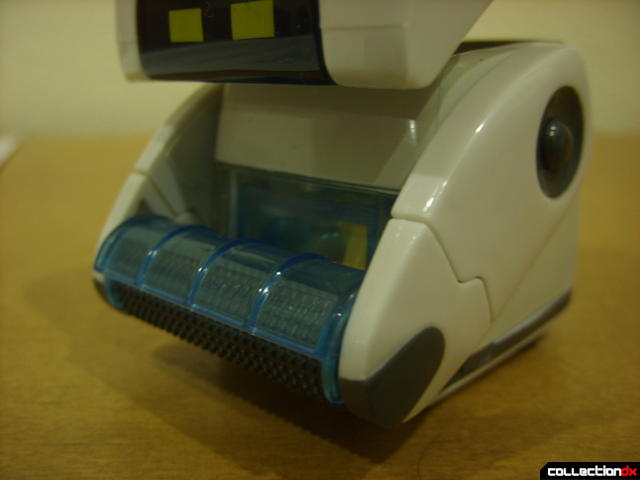 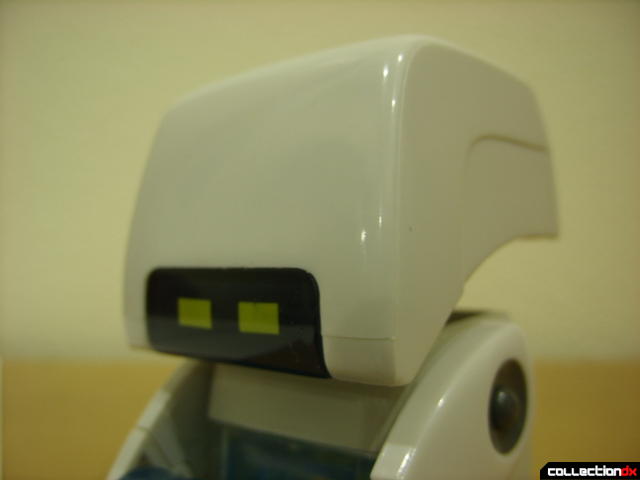 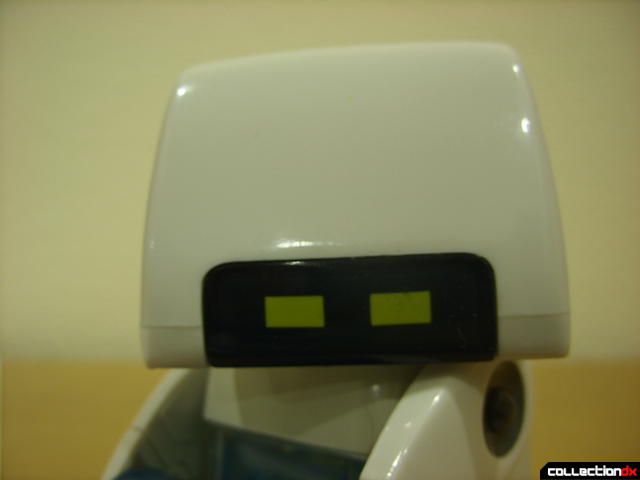 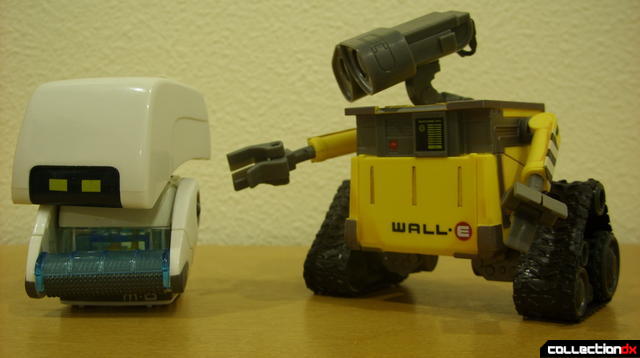 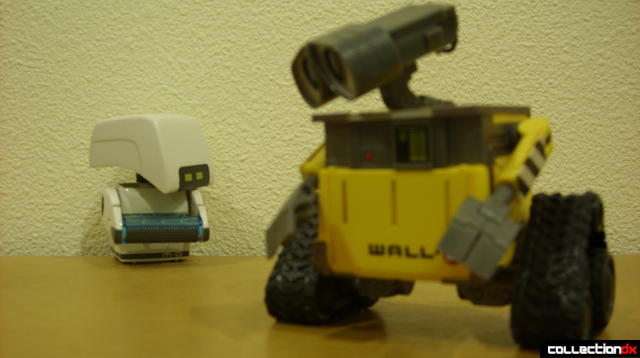 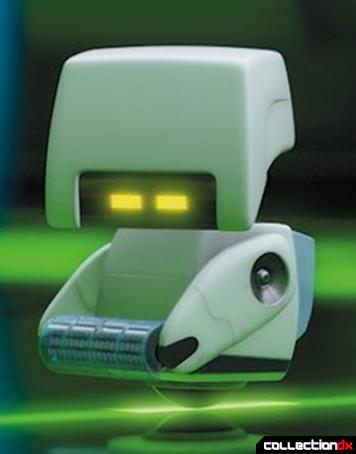