Ricky is yet another Revoltech from the Japanese video game Doko Demo Issyo. The first few were kind of novel, and an interesting departure for the rough and tumble mecha that populate the line. But at this point, I’m just kind of done with these I think. 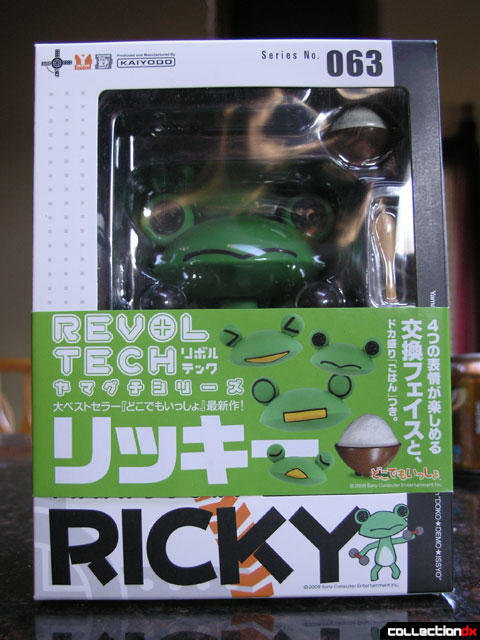 But that’s not to say that Ricky is not a quality toy. It has the typical Revoltech build, with ratcheting joints and multiple accessories. And like previous Doko Demo Issyo figures, there are multiple faces with different expressions. 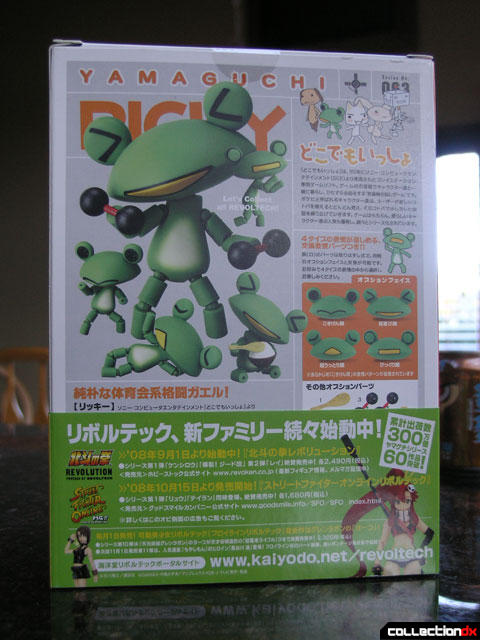 All together Ricky has four different expressions, but due to the nature of the exchange, you can make many more. Not only are the faces interchangeable, but the eyes are as well. 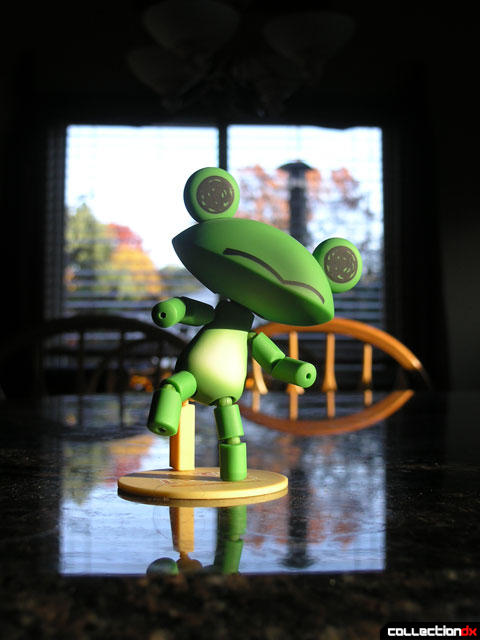 To change a face, you must first remove the eyes. Each eye is keyed in such a way so that it will only go on a specific post. Once the eyes are off you then have to pry off the old face. This is extremely difficult to do. The fit is tight and you would be better off to use a screwdriver to pry it off than risk your fingernails. The entire process is eerily akin to dissecting a frog in biology class. 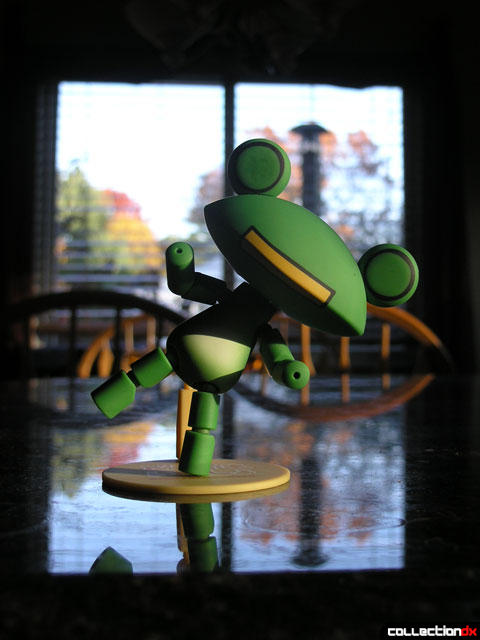 Other included accessories are a set of hand weights, a bowl of rice, and a wooden spoon. All accessories fit onto the end of the hands by a small peg fastened to the accessories. 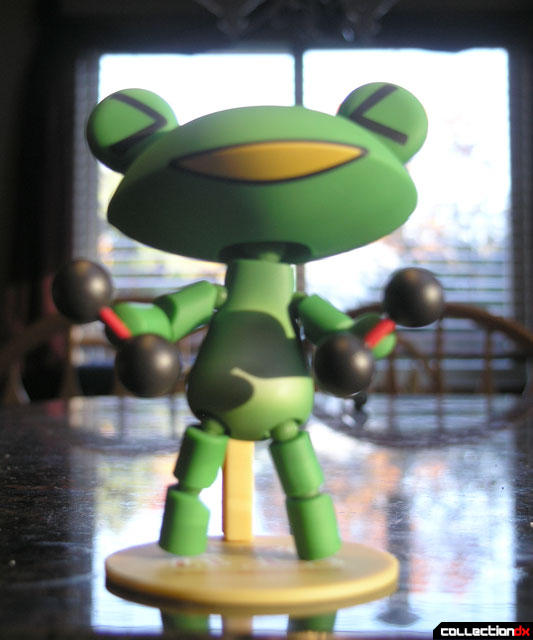 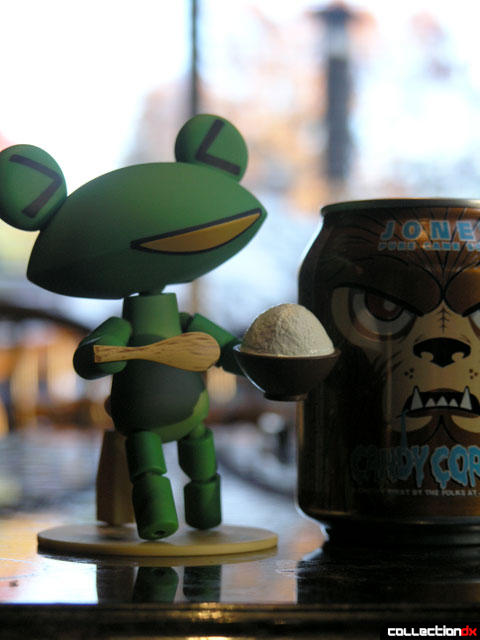 A Revoltech stand is included and is a necessity to get Ricky to stand upright. The dual Revoltech joint attaches to the rear of the figure

I’ll be honest, this figure did nothing for me, but that’s more because of the aesthetics. It’s just not my style.

However, when I was done shooting this review I left Ricky out on the kitchen table. Later that day my wife called and asked me what I was going to do with the figure.

And then I realized – Ricky was not made for me. In order for the Revoltech line to continue, it has to grow and expand into different areas. There are many different kinds of collectors out there that look for different things in a toy. While my wife is not in the least bit a toy collector, she saw something cool in the figure that drew her towards it.

3 comments posted
Ricky is different from the

Ricky is different from the other Doko Demo Issyo figure in that not only does he have swappable faces, but you can mix and match the removable eyes as well, which actually gives him more ranges of expression than his partners in crime.

I'd never buy Ricky, but you sure make him look good! Also I love how you have that little Candy Corn Jones Soda in there, Jones is awesome.

That's cool to here that your wife thinks Ricky is cool. Even though it's definitely not my sort of thing, I really like, like you said, that it can appeal to buyers other than toy collectors like us.

Kuro is pretty cool but that would mean me having to get the rabbit so he could have booze and a microphone because those are probably the best accessories any toy has ever had ever.

Though yea the whole thing can get boring pretty quick; would make for some nice different display pieces though.