Defenders of Space has the honor of being the least mind-numbingly-bad video of the bunch, but it somehow still suffers. What makes the other videos watchable is just how bad they are. This has some WTF moments, but as a whole, it's pretty boring. I can definitely see how old Korean animation could be a really entertaining thing to get into. the industry has come a long way, animating a lot of current hit US tv shows, but man were they off to a rocky start.

From the video box:

"Nicholas, a hypocritical ruler of the Zinba Empire, wants to expand his territory. His plan is to turn the Earth into his own private colony. His detailed plan starts off by cutting off all of Earth's defense forces by destroying the city of orion.

Meanwhile, a group of youngsters are spending their vacation on Mars. Not until they discover the destruction on earth do they realize the danger they are in. They find Dr. Han and Fred in an underground Cave. Dr. Han believes that somewhere on earth there is an immortal bird called, The Phoenix King. He is said to be the guardian of the earth and only this mythical creature can defeat Nicholas. Therefore, the adventurer's set off for the Phoenix's alleged home and the Earth's only Hope."

The story starts out with your cliche kids-playing-baseball bit. One kid is not so good, but he has a mysterious phoenix pendant around his neck. Pendant glows, kid gets a hit, blah blah blah.. you can see where this is going, right? 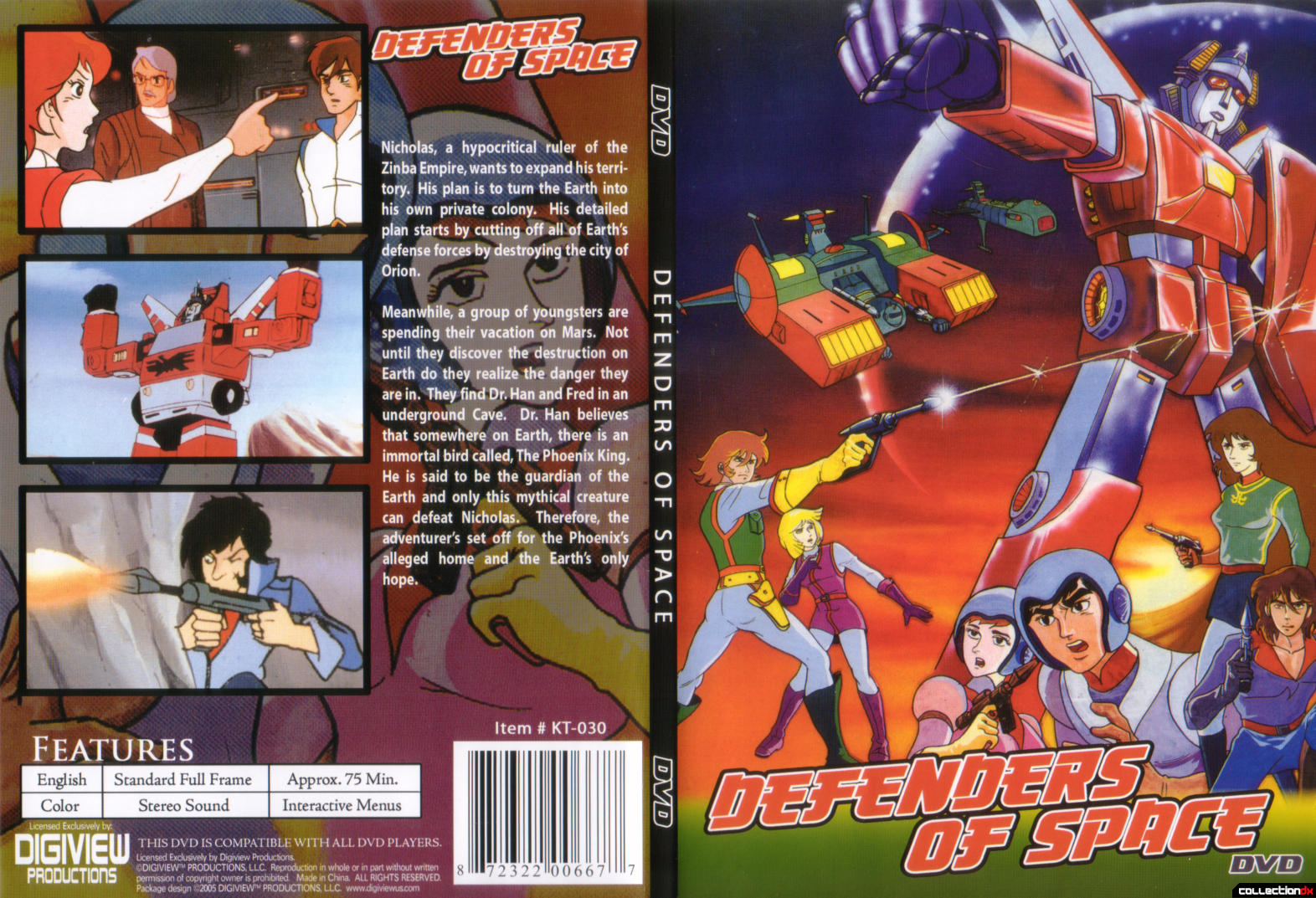 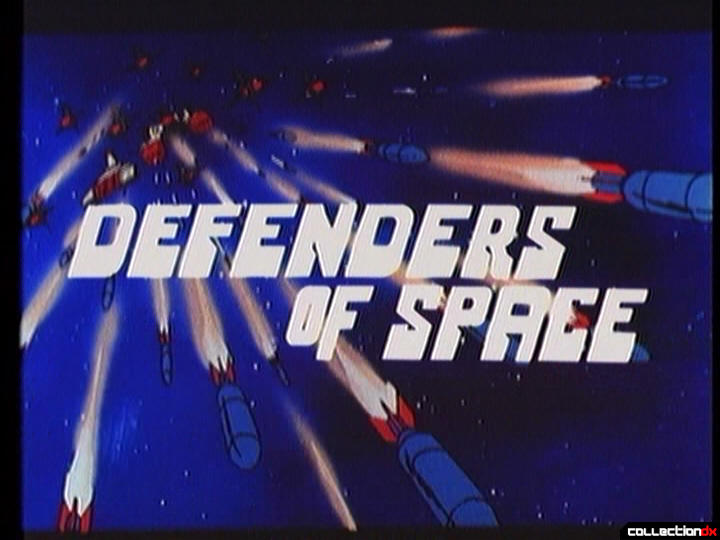 One of the classic title cards of our time. Right up there with the opening crawl from Star Wars. 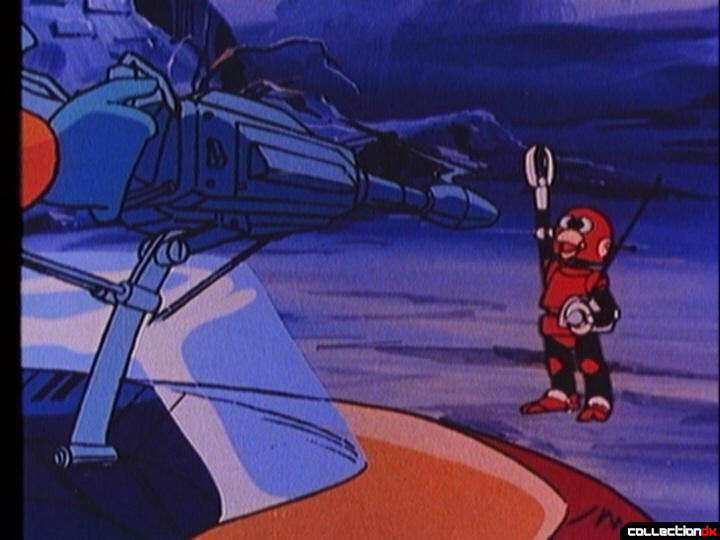 This is the vacation on Mars. Nothing really happens up until this point, but we first see Dr. Fred's robot kid. Dr. Fred threatens this robot kid with dismantling. Someone should call Mars DSS on him. 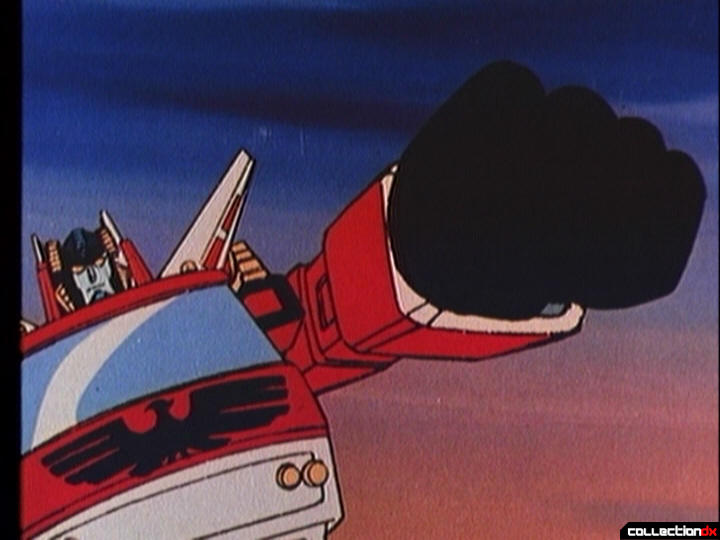 So, this is Phoenix King, which is really just the Transformer we know as Inferno. But he's huge here, given super robot status. The only difference between the Inferno we know and love and Phoenix King is the big ass Phoenix on his chest. Kind of like in the movie "Coming to America", where the Dad owns "McDowells", a spoof on "McDonalds".

Most of you are probably too young to know that movie. 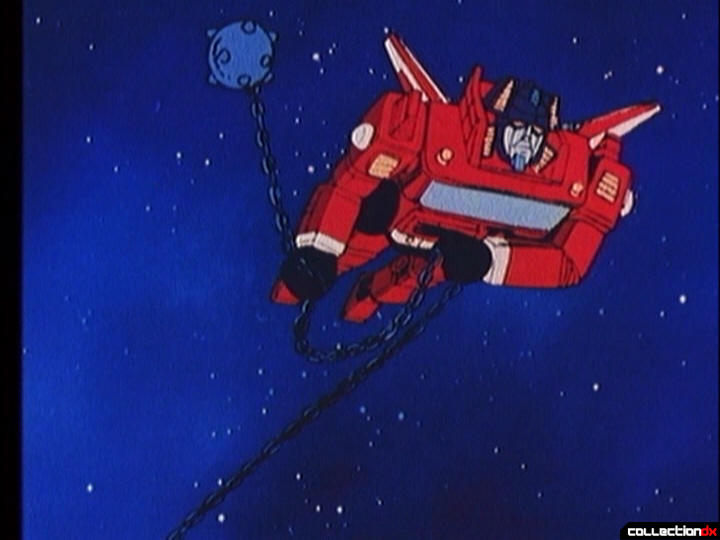 This is a big painting of the Phoenix King, inserted for no reason that I can recall. 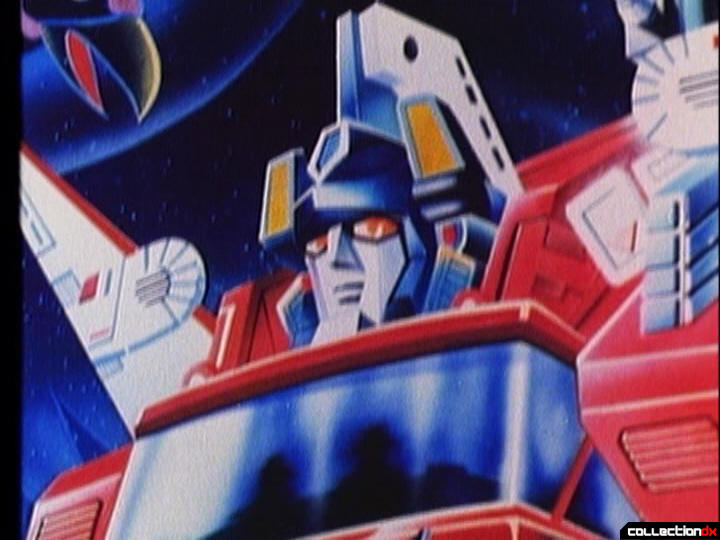 OK, here are the ships of the Zimba empire, which are obviously clones of the White Base from Mobile Suit Gundam. 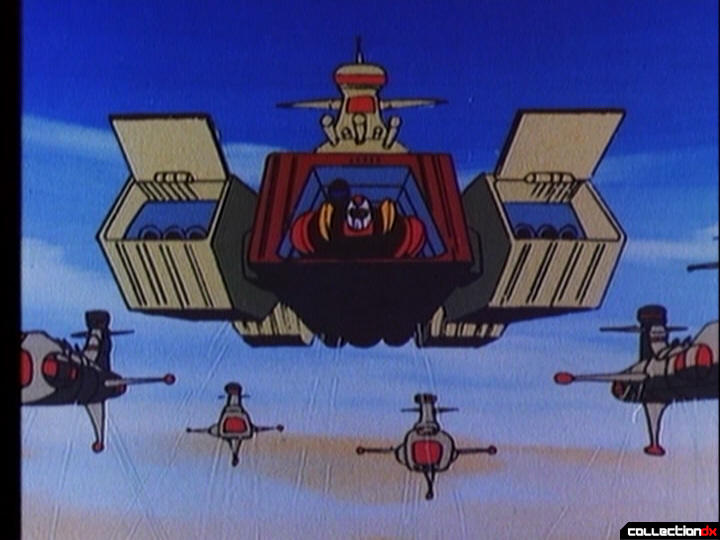 The obvious difference being that these White Base clones shoot out giant enemy robots! 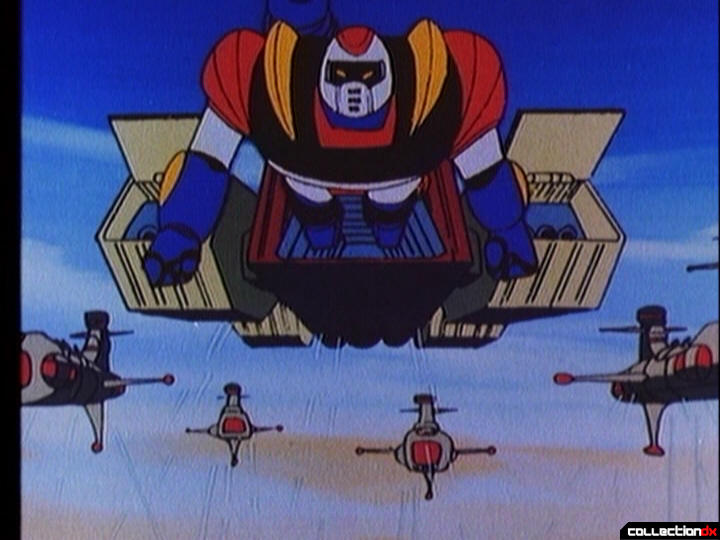 Don't the other ships look like the enemy ships from Voltron (Golion)? 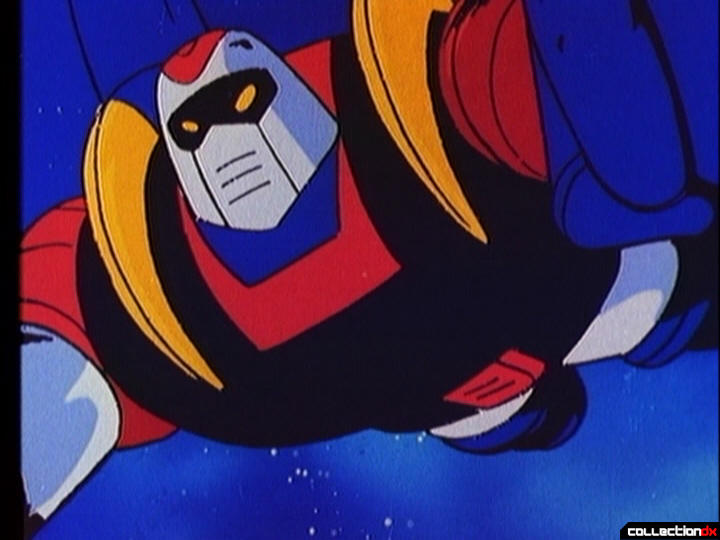 You have to admit, these enemy robots look very cool. A cross between Grandizer and Getter Poseidon. It's sad when the enemy robots are cooler than the good guy robots. 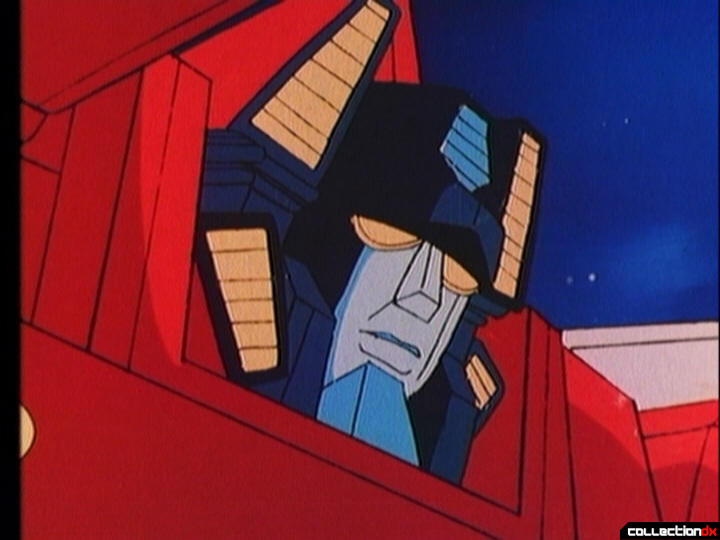 Phoenix King thinks it is sad too.

Phoenix King has a ball and chain that looks suspiciously like FauxRaideen's. 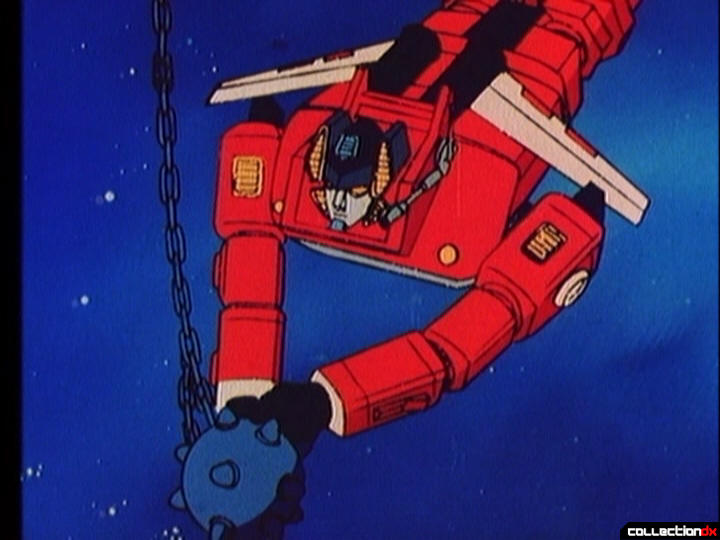 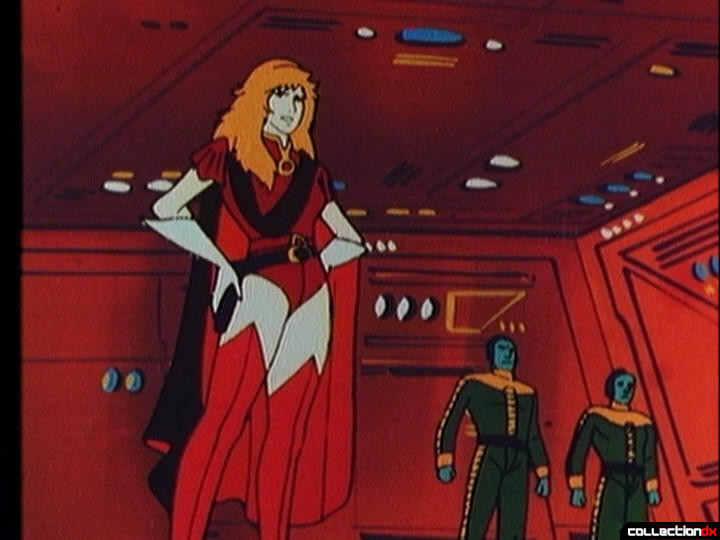 The mandatory hot chick enemy who secretly wants to overthrow "Nicholas, the hypocritical ruler of the Zinba Empire". Also, notice that in all three movies, all the bad guys are blue. What do those Koreans have against blue people anyway? 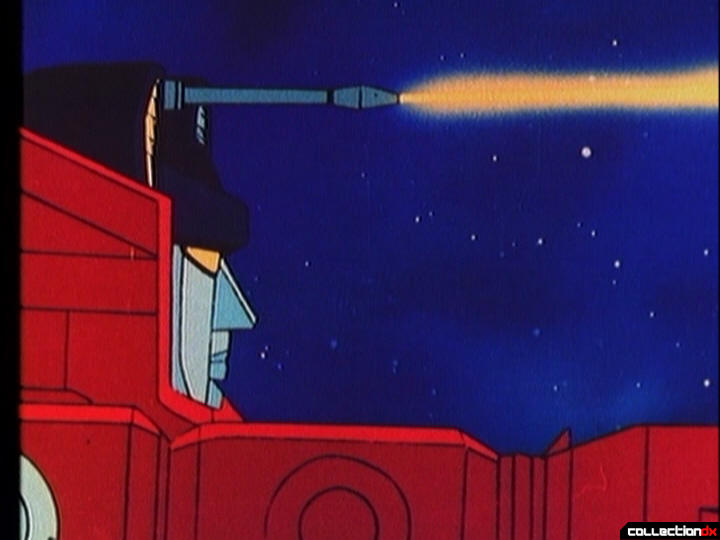 It's the dynamic fight scenes like this that really make this movie. 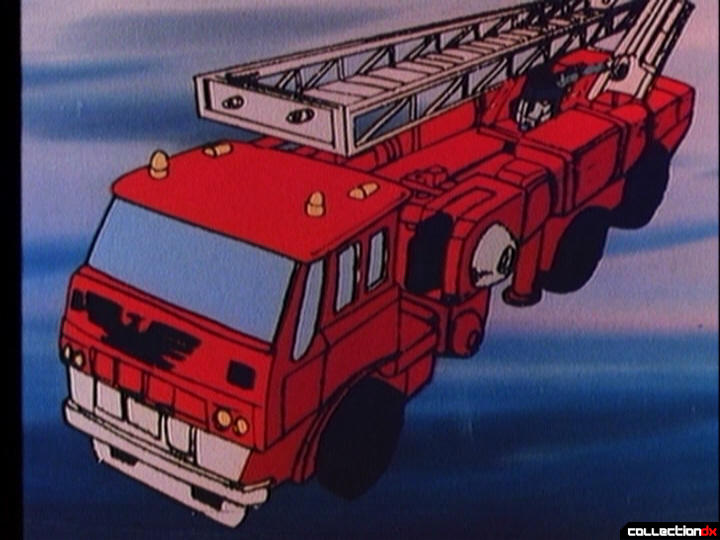 So finally, at the end of the movie, Phoenix King defeats the bad guys and then turns into a firetruck to put out a fire on Mars. This is funny, because all through the movie you think that the Korean animators are trying to ignore the fact that he's really just a Transformer. But by the end, they give in, and turn him into the firetruck. If you look closely, you can even see his head in truck mode, making me think they used the actual toy as a model for the animation. 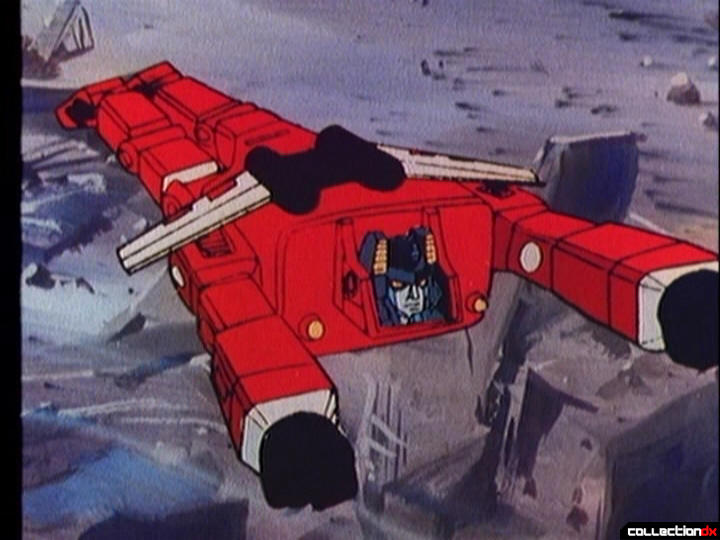 It's a bird! It's a plane! NO! It's a giant flying robot who turns into a firetruck! ON MARS. 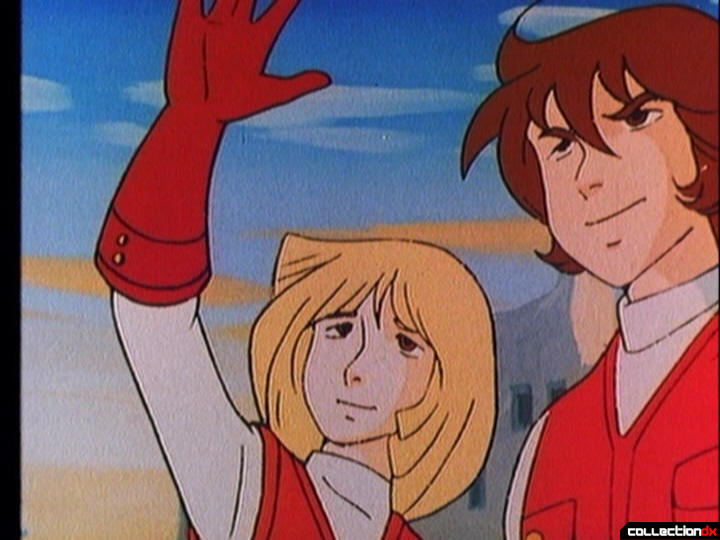 One of these is a GIRL.

Well, that's about all I can take of these. Defenders of Space is available from Wal-Mart for $1. That's right, one whole US Dollar. Go buy it now.

As a bonus, check out the original Korean Poster for the movie: 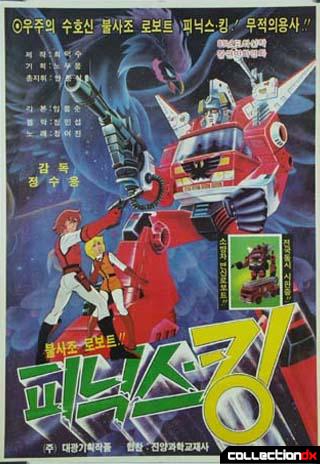