This version of the classic Mazinger Z was a mail-away exclusive. It came out of nowhere - I had no idea. Iron Z comes courtesy of Anime-Export 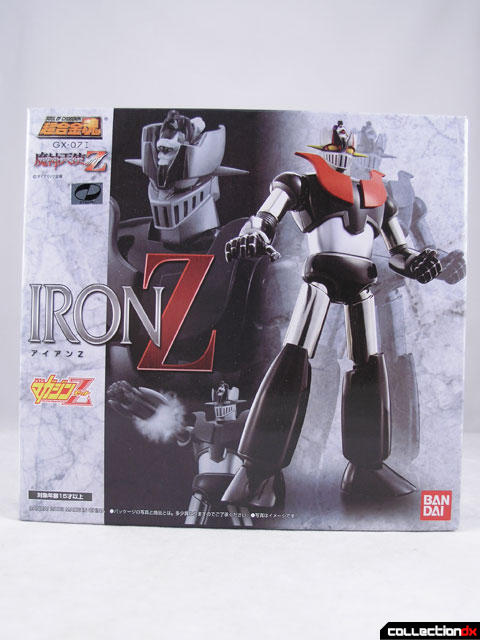 Of course, this looks very similar to the previously released Energer Z figure. What's the deal, you ask? 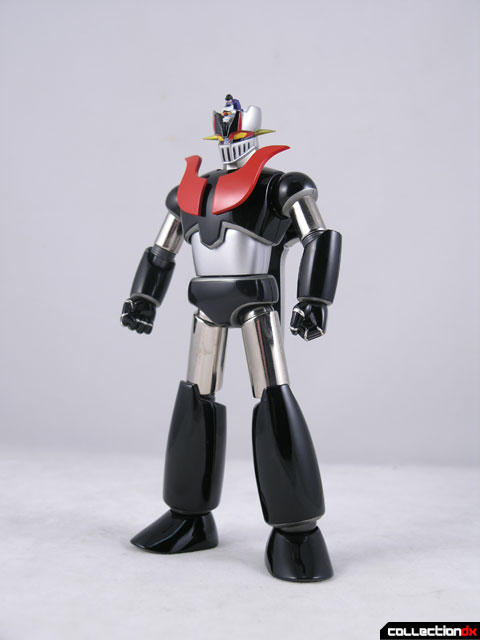 Well, Energer Z was the original name of the first design of Mazinger Z. The design was changed before it got turned into the legendary robot we know and love. It was recently issued as a 40th-anniversary version Soul of Chogokin, with only 3000 pieces made.

This new toy is Iron Z, which is based on Energer Z, but is used in a new Mazinger manga. This character actually has TWO pilots - Koji Kabuto and new pilot Kikunosuke Abashiri (who is female actually). The toy was offered as a magazine mail away with which you clip a coupon and send 6800 yen to get one. 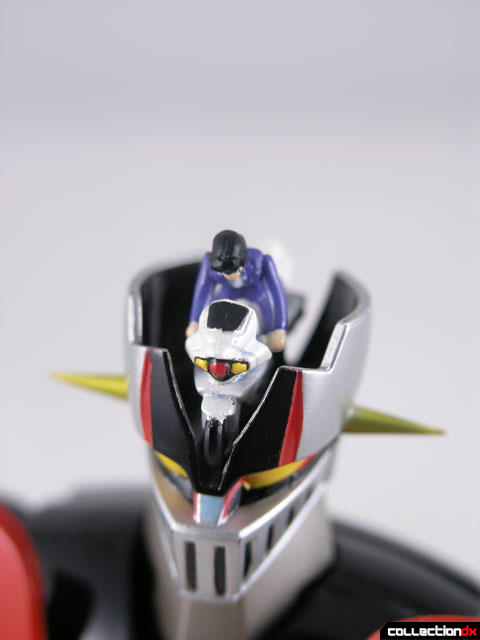 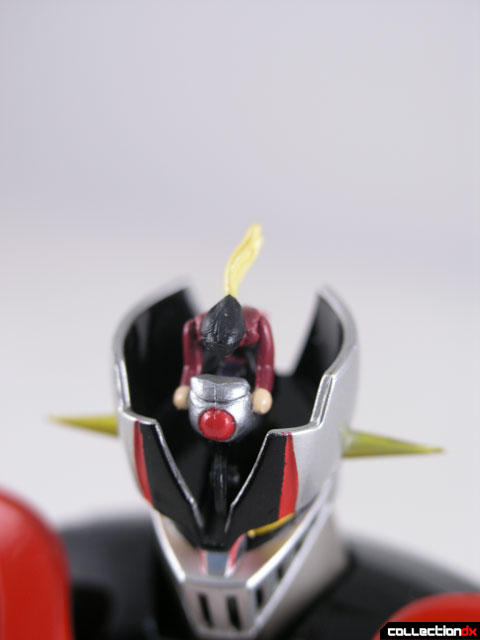 Fortunately, some dealers (ie Anime-Export) have gotten small stock of Iron Z and are offering them to the public without having to track down the manga. 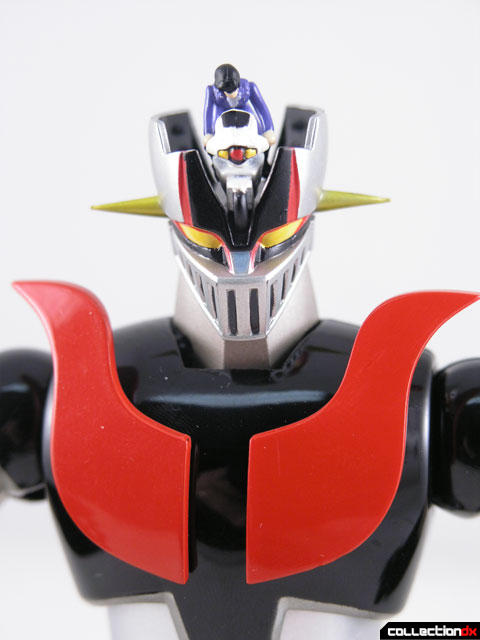 Iron Z is slightly different than Energer Z. Both toys use the GX-07 OVA Mazinger Z as a base, but the Iron Z has chrome metal arms and thighs, as opposed to the plastic on Energer. This version also has TWO motorcycles, and also includes iron cutter fists. 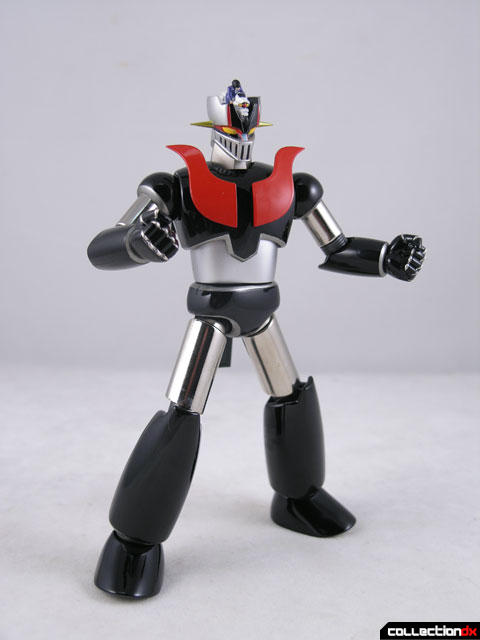 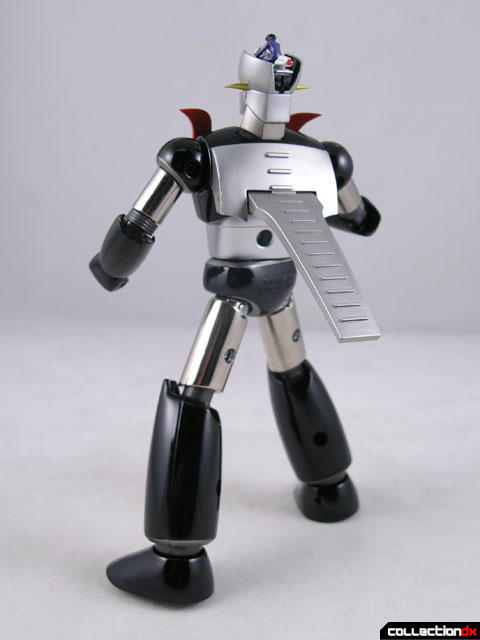 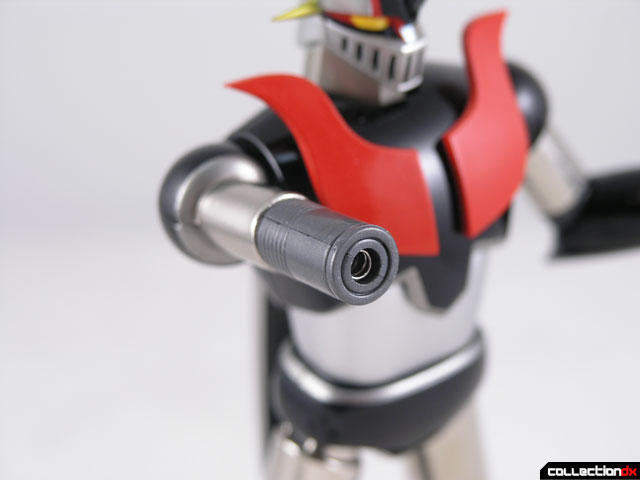 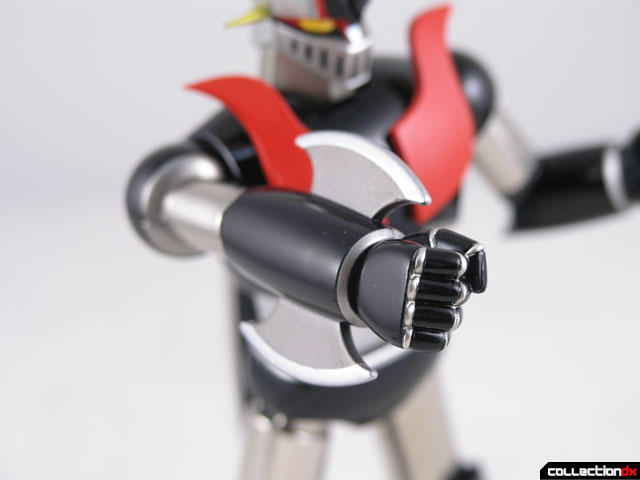 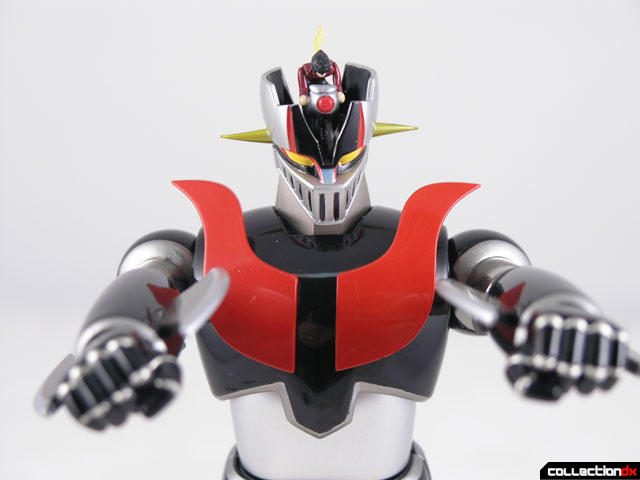 Also included is a stand, launching forearms, and a set of regular arms with different hands. 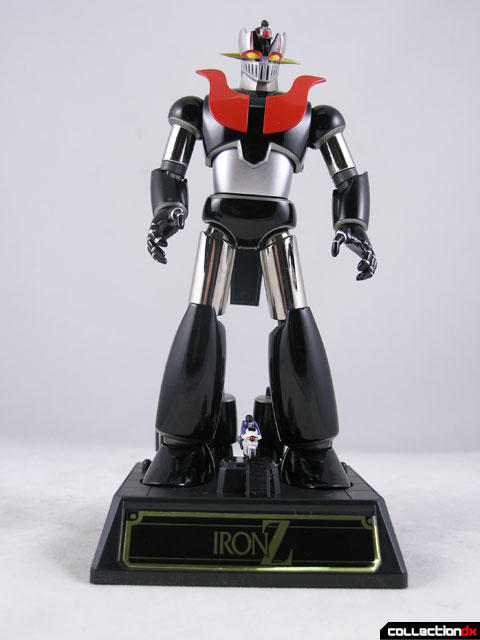 This SOC was really refreshing - simple, clean and fun to play with. I had almost forgotten what had made me love the SOC line in the first place. This is just a nice piece of metal that feels good in your hands. 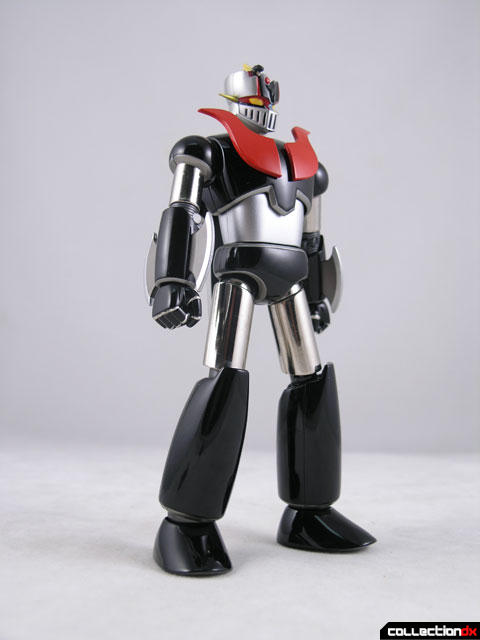 Tracking one down may be tough, but Anime-Export has them in stock - but supplies are limited. Get them before they are gone!

6 comments posted
Damn! Talk about lack of any

Damn! Talk about lack of any protection for the pilot. That design would handle like a mechanical bull...LOL I mean, how the hell are you supposed to stay on that thing?...LOL

Well, we are talking about Kouji Kabuto here. He can swim in the sky, fly beneath the sea, and doesn't die in lava.

Cool review! I was wondering if u chould shot a picture with the other mazingers SOC so we can see the diffrence with the hights.

What is the thing sticking on his back like a HANDLE?

Looks to me like a ramp for the bikes to ride up on.

I think I saw this in your box o'things to review last week and didn't ever recognize that it was different from the Energizer Z. Amazing that they're still figuring ways to release more Mazingers...

It's indeed a ramp that'll take Koji to the head.