Unfortunately, no official full sized Jumbo Machinders were made of the Machine Blaster robots (Robo Kress, Blue Caesar, Sandaio and Boss Palder). Mattel Italy released their "Astro Robot" Jumbos that were based on the characters, but those toys used primarily parts from existing Jumbos with new heads and weapons. Takemi did make a line of 16" toys called "Big Robo", though. These were repeatedly copied and released in Italy and both the originals and the subsequent knockoffs have become commonly known as "Junior Machinders". All sorts of robots combinations were made, many of which used the body of the Takemi Robo Kress. The arms in particular are often used on various Junior Machinders, such as Dangard Ace and Pegas, to name just two. There is at least one toy that is nearly identical to the Takemi version and then there is this.

This toy uses the same mold as the Takemi toy, but is greatly simplified. As you can see, it's cast entirely in cheap, squishy blue polyethylene with just some stickers slapped onto it for "detail", if you can call it that. All firing fists and missiles have been removed. 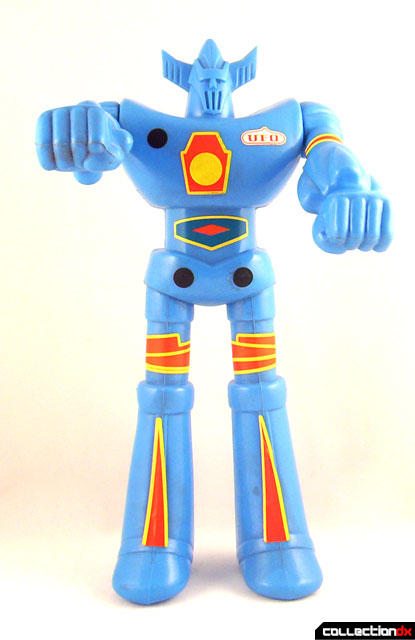 Robo Kress stands 14" tall and is articulated at only the shoulders. It came packaged in a clear plastic bag, but with no header card. It was just tied off with a twisty tie. There are no manufacturer markings on it, but it does share some stickers (the "UFO" and black dots) with a very cheap and VERY ugly Combattler toy that I have. That toy did come with a header card and appears to have been made by a company called "Galba", so I think it's a good bet that this one was, too.

Ok. You may be thinking that this toy, and by extension this review, is not worthy of attention. But just be glad I didn't show you the Combattler! UGH.... 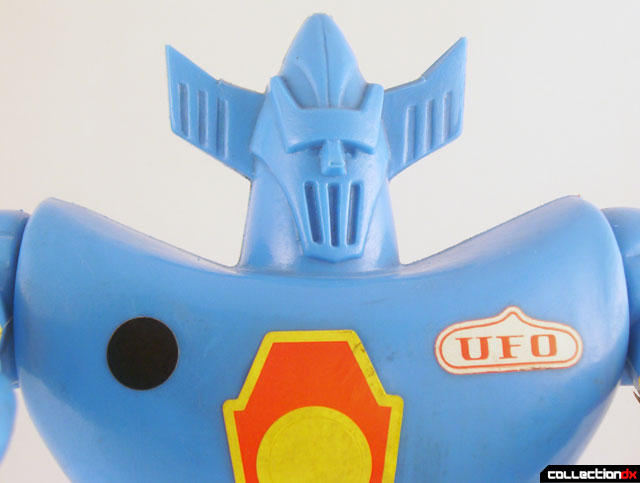 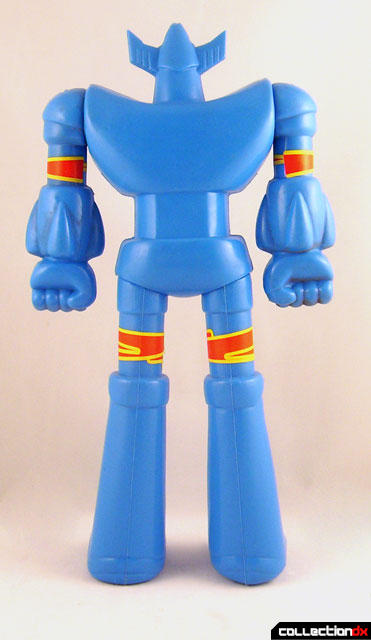 6 comments posted
Ok, now I want to see the

Ok, now I want to see the Combattler...

and perhaps you might turn it from horrible to ...something worse...

On a positive note, Robo Kress is accurate. The only missing acessories are the belt and buckle.