HL Pro is otherwise known as High-Dream Corp. They are a big licensee in Europe for Toei and Dynamic Pro. In Europe, specifically Italy and France, Grendizer is HUGE.

HL Pro was at toy fair with their distributor and had a great assortment of Grendizer and Mazinger merchandise. I think there is the misconception that these aren't that popular or that they wouldn't sell well in the states. I think CDX readers need to let HL Pro know loud and clear that this is not the case.

First off are these 12" articulated vinyl Grendizer and Mazinger. These figures are fully articulated with clicky joints in the knees and elbows - these are more than just vinyls, these are large action figures, and from what I can tell, it was awesome. 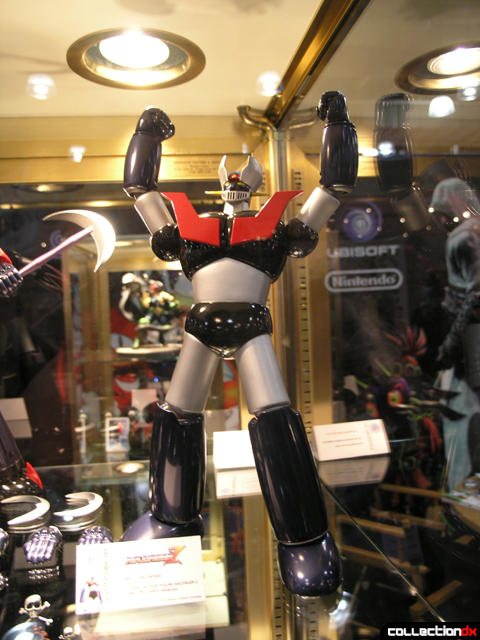 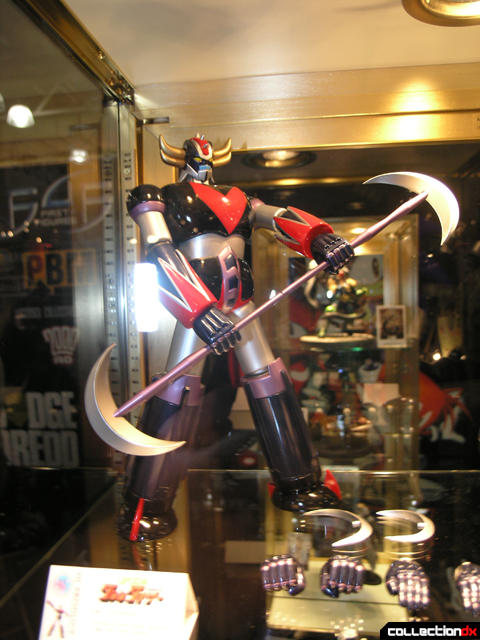 I wish I had taken more images, but I was just so into these, I kind of forgot.

They also had a prototype for what I think is a diecast Grendizer: 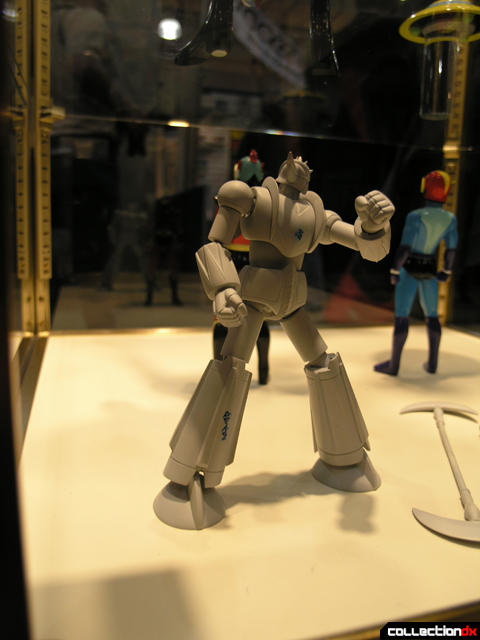 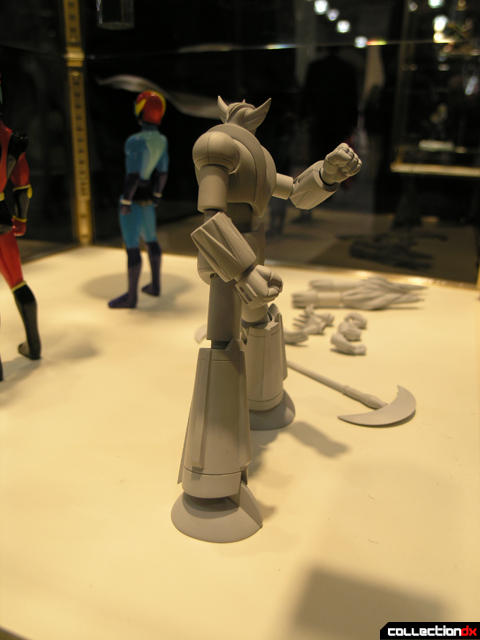 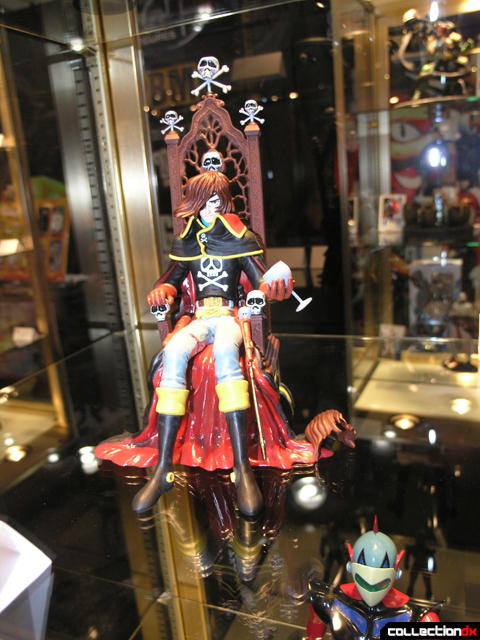 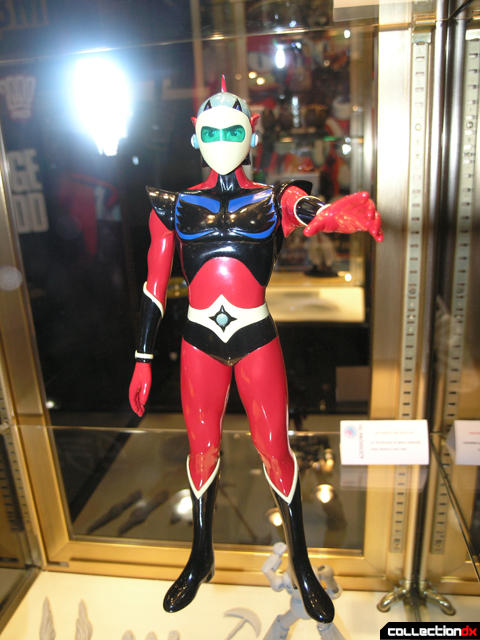 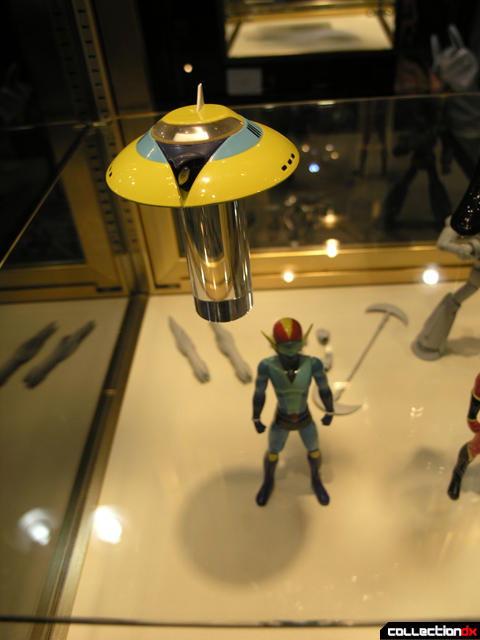 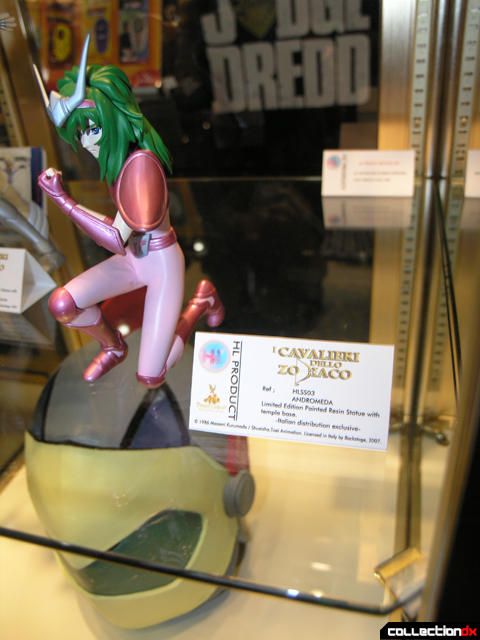 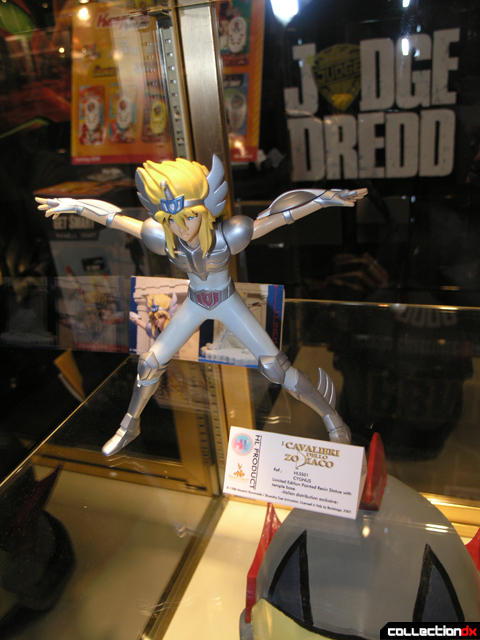 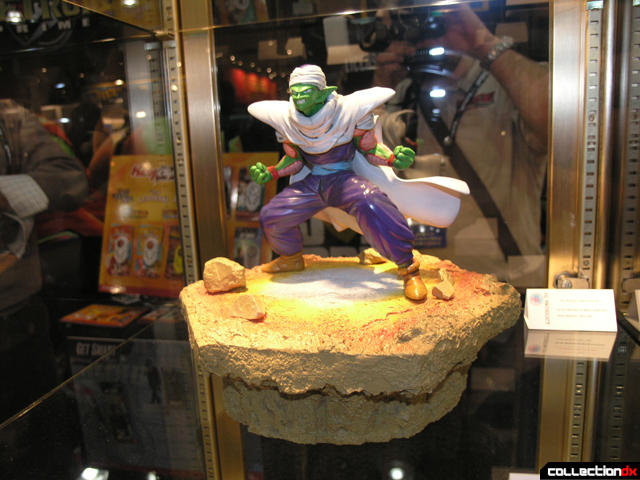 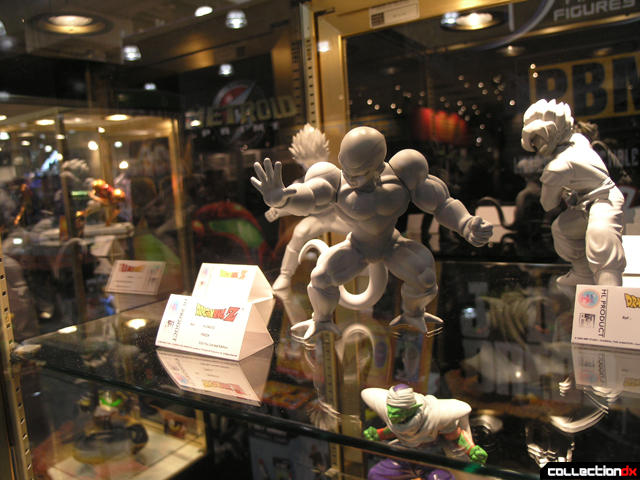 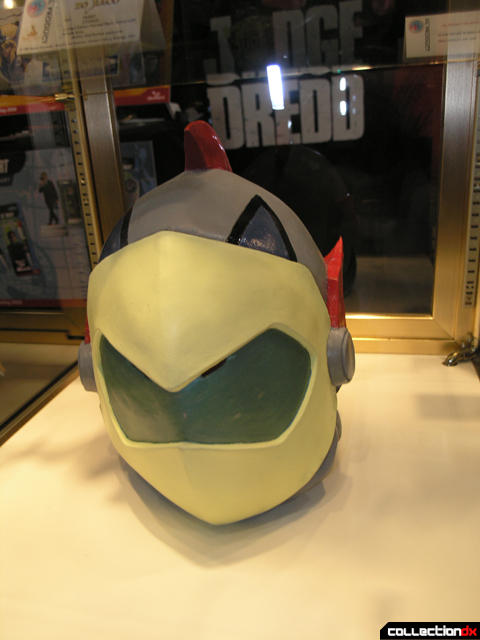 So yeah, I think we need to see more of this product in the US. HL makes a great product and I think its a shame that hardly anyone here in the states knows anything about them.

6 comments posted
Immediately when I walked

Immediately when I walked into Toyfair with Nekrodave, I walked right past HL on my way to Onell's table. I, of course, stopped dead in my tracks. I had a brief conversation with the nice guy running the table, who wasn't busy at the time (I failed to catch his name, unfortunately).

He simply noticed my drooling on the glass surrounding the 12" Grendizer figure, and asked me if I knew those characters. HA!!

I briefly summarized my love affair with "Grandizer" via Jim Terry's Force Five and he mentioned that he actually knew quite a bit about that series. Very cool!

About three years ago...before I even had my own account on TBDX, I posted a couple images of a very early High Dream Grendizer Spacer vinyl (the second-to-last post by "BigJoe"). I picked it up from a local comic book shop and I love it to this very day! I mentioned this vinyl to the gentleman running the HL table, and after a moment of recall, he said, "oh yeah, I did that one!"

I wish these guys the best of luck as they seem to be putting out some nice things (like the King Gori vinyl that I still haven't picked up yet!). I'm almost assuredly gonna get me one of those 12" Grendizer figs...and from what I heard before about the grey prototype (NOT from the man at the booth, unfortunately--instead from earlier discussions on TBDX), it's supposed to be a diecast figure that goes along with a Spacer. Sound familiar? I hope it succeeds in all the areas the SoC comes up short.

Edit: oh, and I know Doc's gonna make me buy that freakin' Duke Freed helmet and run around my neighborhood screaming, "ORION QUEST!!!!"! And, really, why wouldn't I???

Got a mail from Josh about our booth, so I thought I should come and say hi. My name is Jammy btw... :P, damn the TF badge wasn't big enough!!
Glad you like our stuff!, to reply to another post..., the 12" AF are not entirely made of vinyl, in fact there are PVC and ABS parts hidden in the body for the ratchet joints, accessories etc...

take care, I'll be around and check the site :)

I havn't looked much into vinyls, but the 12" Grendizer really catches my eye. The detail on the figure is really sharp. Vinyl's don't normally have as much articulation as these do, right?