For those not in the kaiju-know, Gargamel is known for making some of the most truly artful vinyl monster toys around! Sure, these are considered "art" or "designer" toys, but don't scoff just yet. The characters they sculpt such as the ever-popular Zagoran, the lumpy Hedoran, or the cute Deathra are old-school through and through. And at CDX, we like "old-school" even if the characters' licensing is hazy.

But we also like people! The Gargamel guys are known to be a bit shy--hey, it ain't easy being in the States and not being able to speak English. But we managed to get along pretty well. Aki, one of the Gargamel guys who also works for Ningyoushi.com was nice enough to do quite a bit of translating for us. This came in quite handy Saturday night when the fellas from Gargamel, Super7, and Kaiju Big Battel engaged in arm-wrestling duels around bonfires on the San Diego beaches! What a night!

But back to toys...you may be thinking, "so what?". They're yet another small company putting out small-run artsy vinyl kaiju. Well, the proof is in the pudding. What these guys have accomplished is something quite unique: they've managed to meld classic kaiju designs with the absolute cutting edge of vinyl artistry.

Need convincing? Just shaddap and look at the pics! 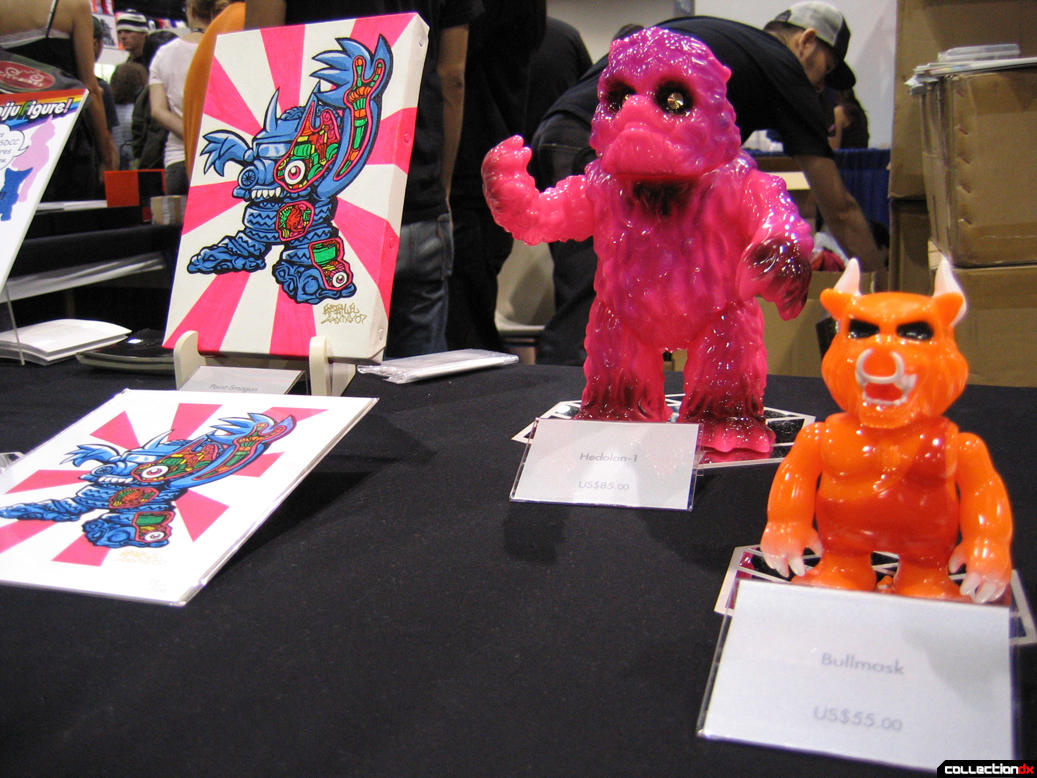 Trippy eyes on that Hedoran. 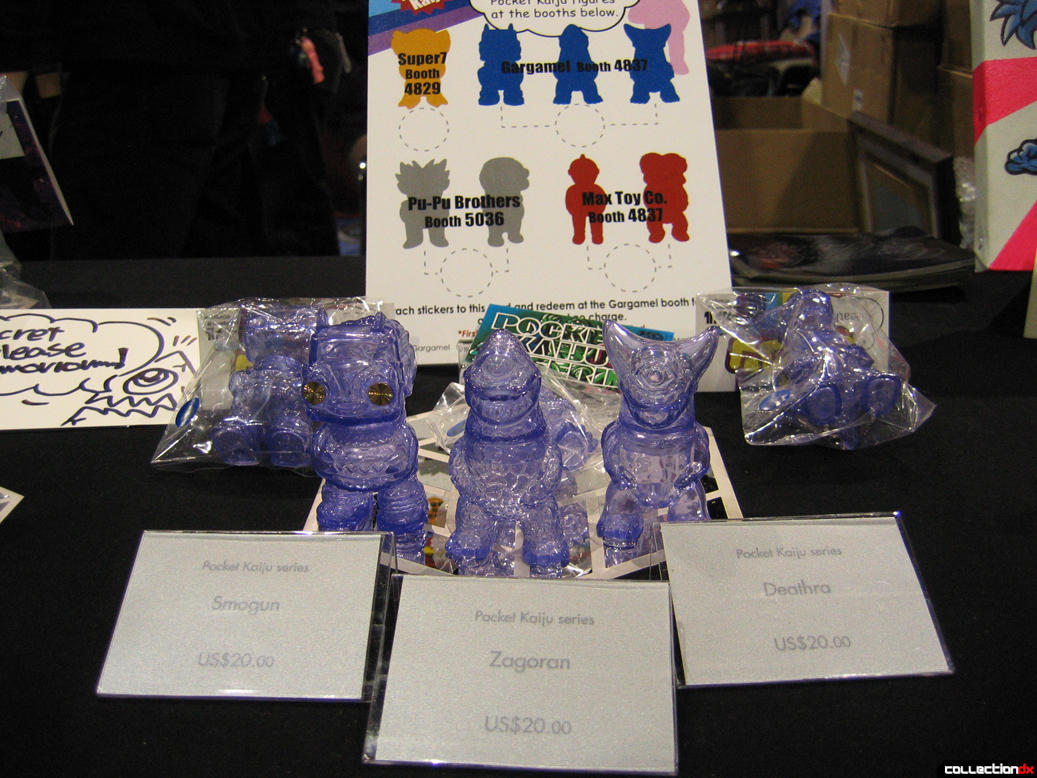 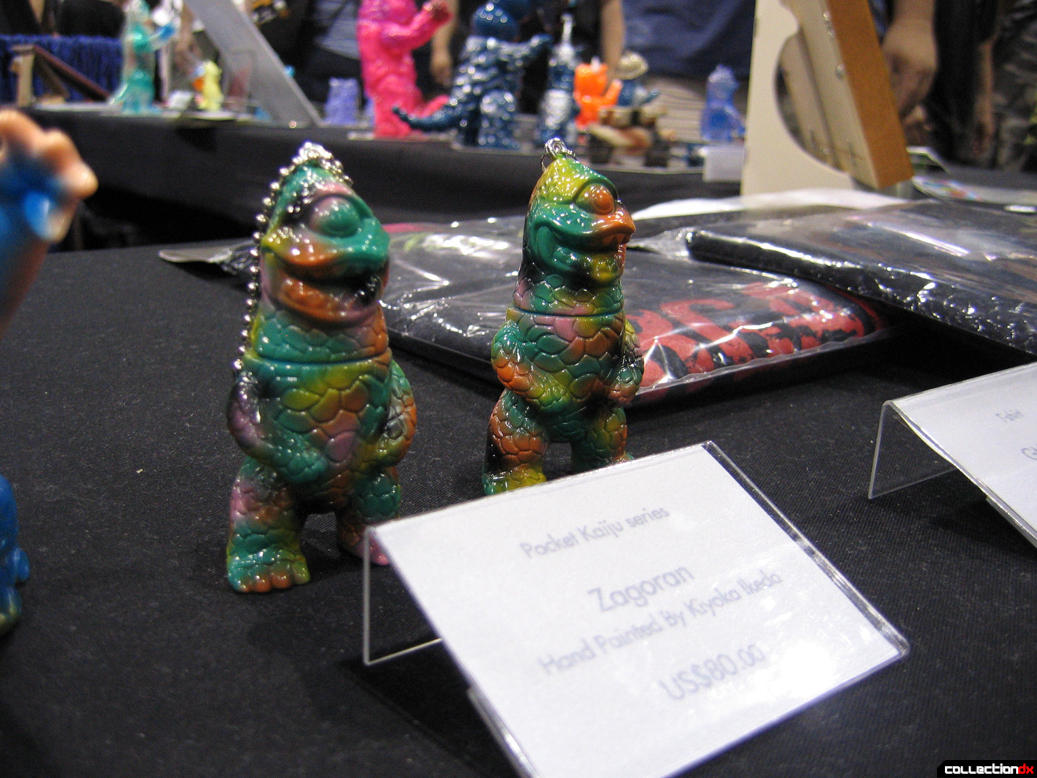 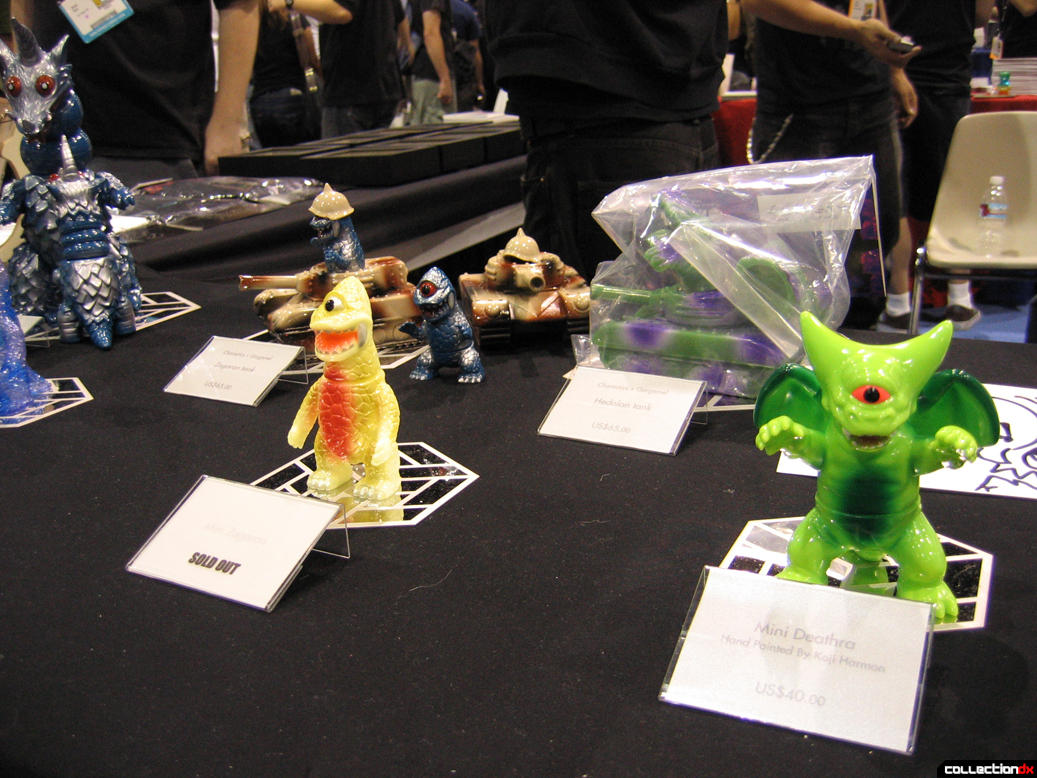 Okay, just an interjection about the pic above. In the background, you can see what appears to be a couple tanks. Folks, these things are killer! Basically, Zagoran's upper body pokes out of the top hatch of the desert-camo tank, and Hedoran is popping out of the green/purple one. First off, Zagoran comes with a removable German WWI-style helmet (awesome!), but here's where it gets great: you can actually *remove* both Zag and Hedoran from their tanks, and both sets come with lower halves of the monsters! You can pop them together to make a whole monster to display separately from the machine!! I LOVE IT!! 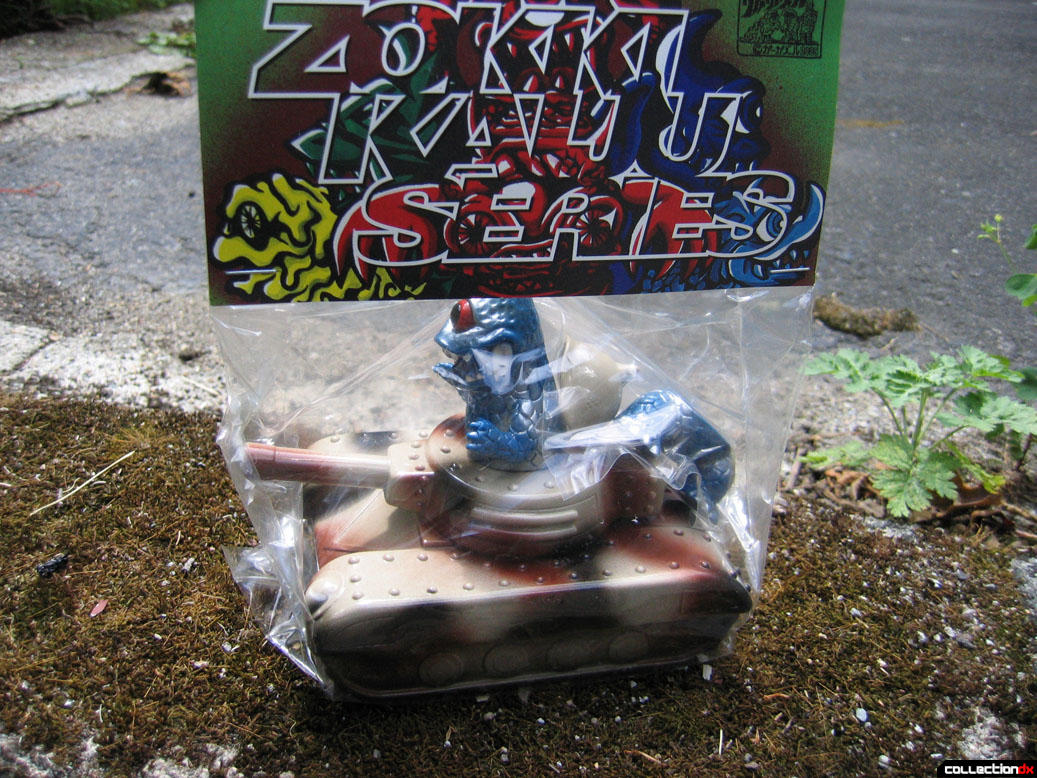 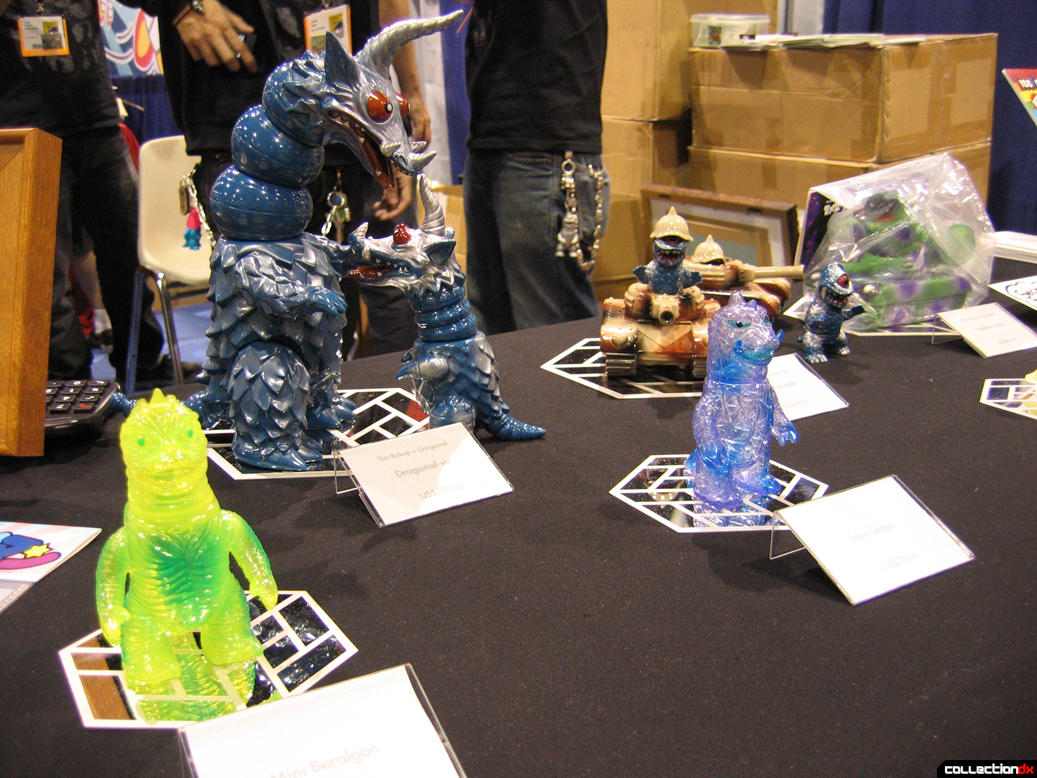 Along with the Biskup Dragamels, there was a lot of his artwork on sale as well: 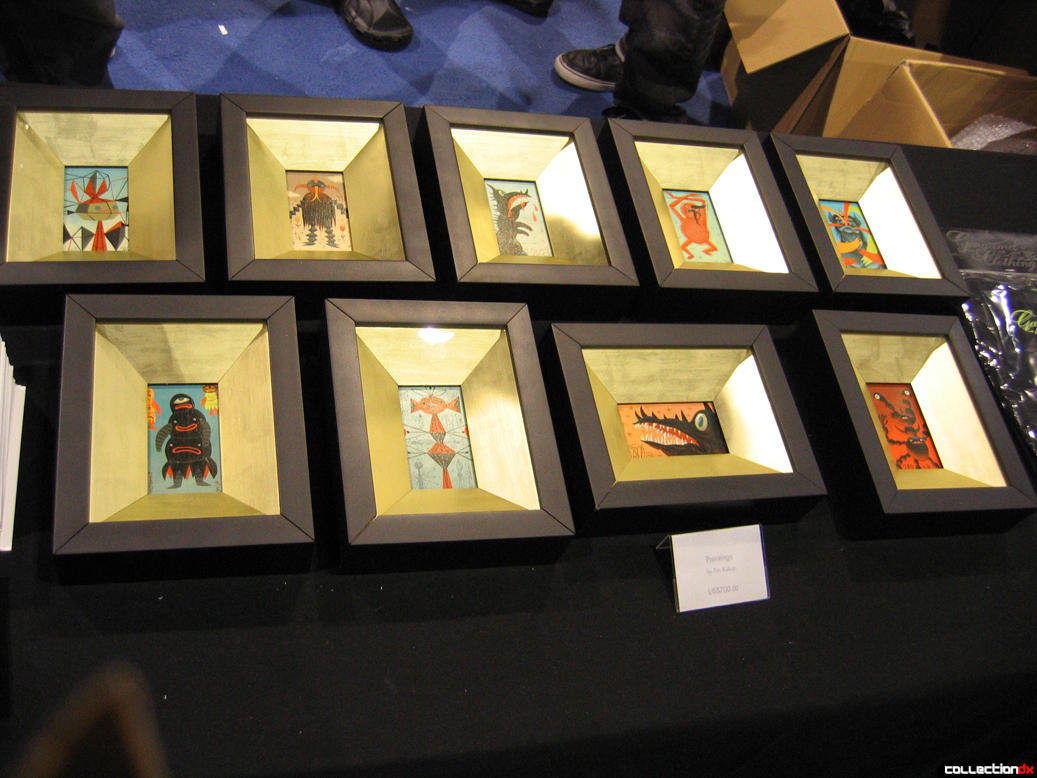 Lastly, I was lucky enough to score the "super-secret" exclusive that the guys made available on Saturday: the translucent ST-sized Zagoran with matching translucent guts!! 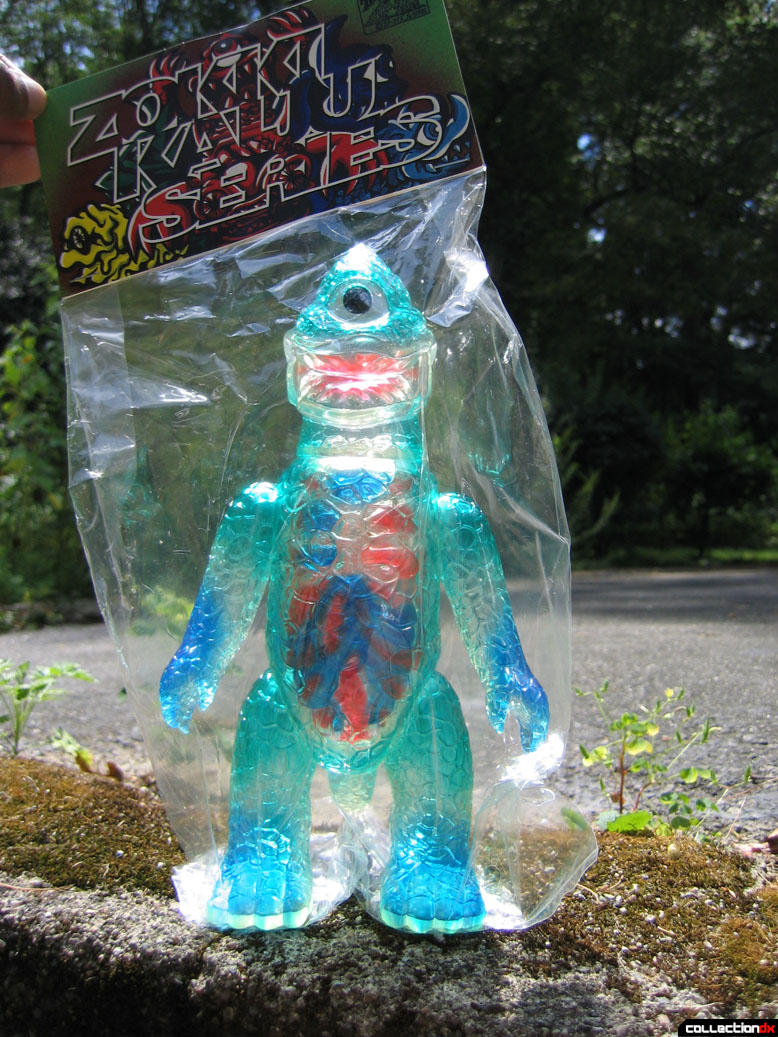 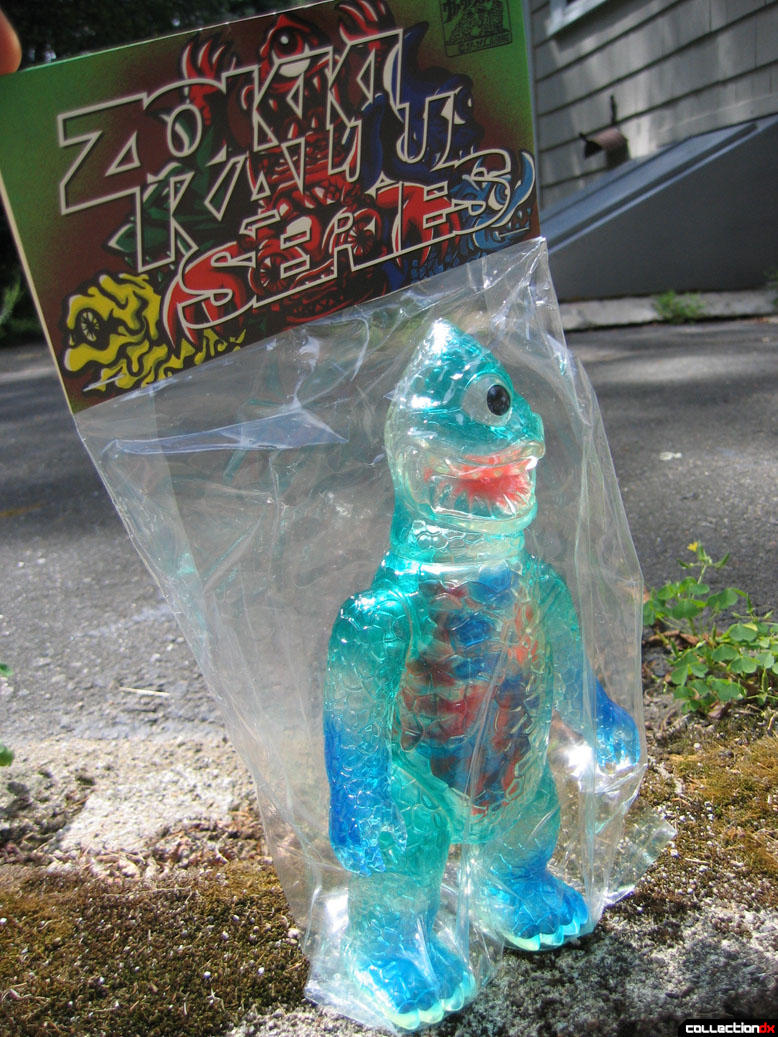