The Titanium Silver Battle Vehicle is one of three new giant armored robots custom designed by original Beetleborgs'comic book creator Art Fortunes. It is based on the real hercules beetle, and spots the familiar twin claws extending from the front of its body. Piloted by Rolland Williams- the Titanium Silver Beetleborg Metallix- it rolls on 4 sets of tractor tread assemblies, and has a small but powerful energy cannon turret built onto the top of it. The BV is also capable of a controlled descent from high altitudes with a set of small rocket boosters built into the back of the main body.

Even though it isn't a part of any of the "Power Rangers" series of Deluxe transforming robots, the Titanium Silver BV stands quite well on its own, and spots a similar lineage in toy design from Bandai.

The thick rubber treads slip around a pair of wheels inside the back two light gray tractor assemblies, and there are four small black ABS wheels in the front two assemblies. When a small black tab on the left side of the BV's shell is pressed, the entire toy springs apart and separates into three sections- upper body/antlers, back shell, and lower tractor assembly. This new upright mode raises it up and makes it look like it's going to pounce. It can still be rolled along the ground, but only along the lower tractor assembly. Unfortunately, the rubber for the treads weren't cut very well, so it doesn't roll all that easily. Depressing a small black button under the BV's upper cannon turret causes the antlers to spring forward about another 3/4th inch. If the antlers had been individually jointed, this would have increased the BV's reach even more. In either case, just pressing the parts together again is easy. The only problem with this set-up is that the antler-spring button cannot be reached when the toy is in its normal form.

As far as I can tell, the Titanium Silver BV is identical in every way to its Japanese counterpart- the DX Kuwaga Tank, from the Metal Hero series "B-Fighter Kabuto".

It is a good little toy, and has taken a few good drops since I've gotten it. The paint details are sharp, and the few decals were relatively easy to apply and look good too. In many ways, it is just as good, if not better, than some conversions that were made to some of the Deluxe "Power Ranger" zords by Bandai America. The only discouraging parts may have been that it couldn't transform or combine into a larger robot like some of its tokusatsu [Japanese live-action] or Anime cousins do, or the claw-like antlers couldn't open and close, but it worked out well and I'm not disappointed. Simple, but fun! 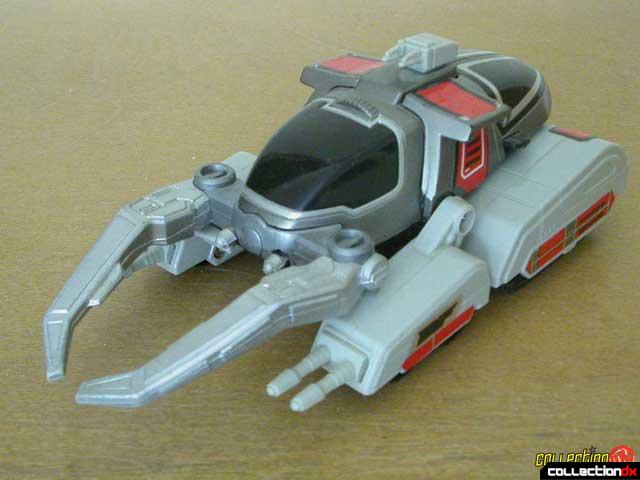 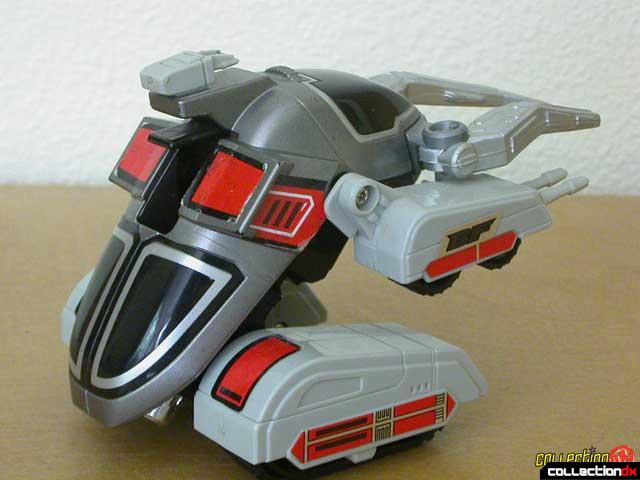 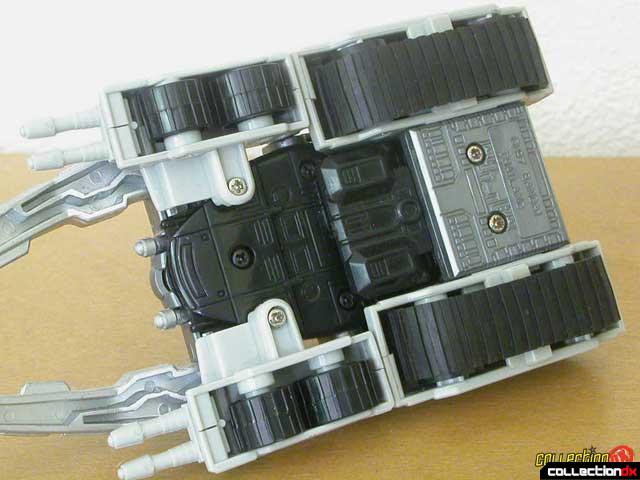 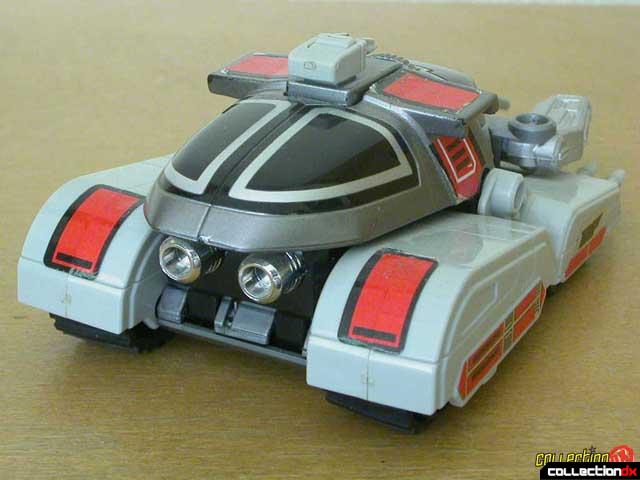 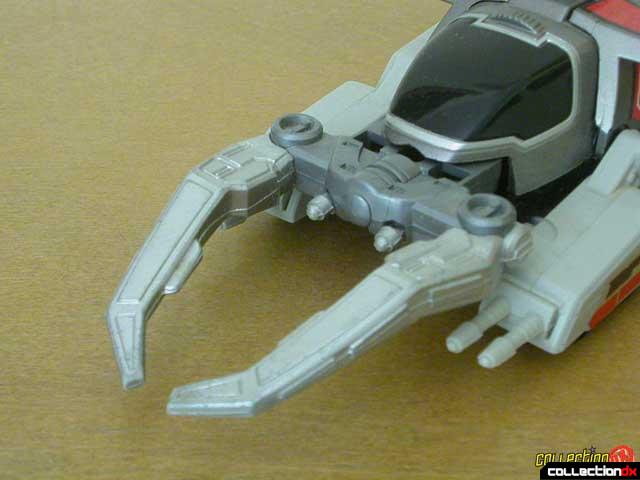 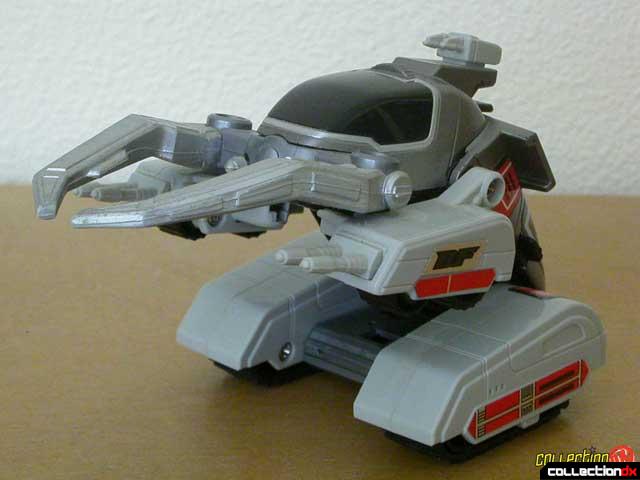 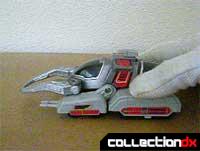