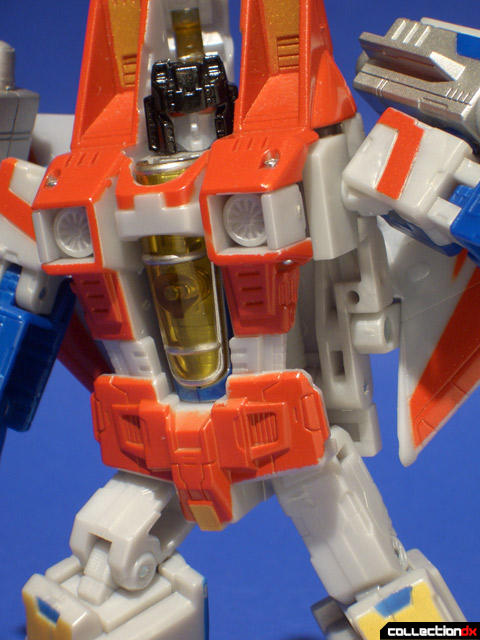 The Transformers Classics are new sculpts of classic Generation One characters. The line came with little fanfare and has quickly been scooped up by collectors and kids alike and becoming difficult if not impossible to find on retail shelves. 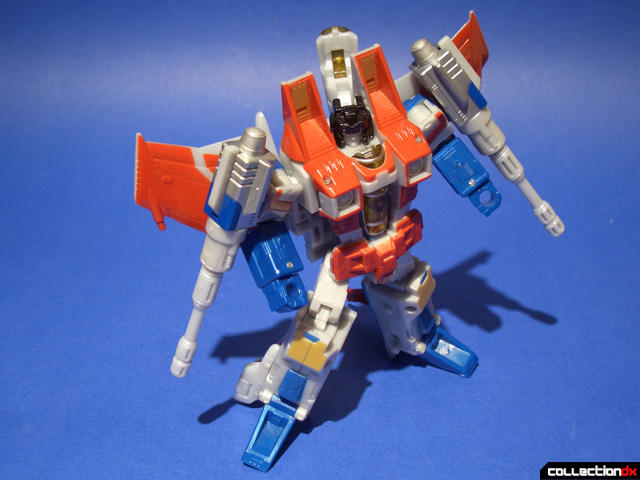 Starscream was in the first wave and is not available at retail anymore. You can, however, find him on the aftermarket for triple his original cost. I want to give a big public thanks to Sanjeev for being swell enough to put this in my grubby hands. 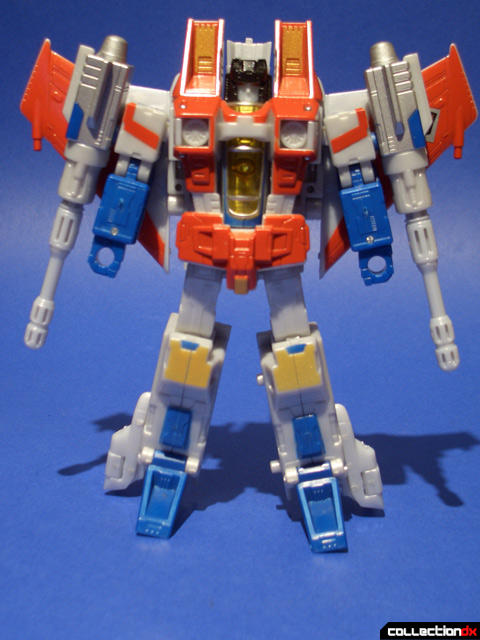 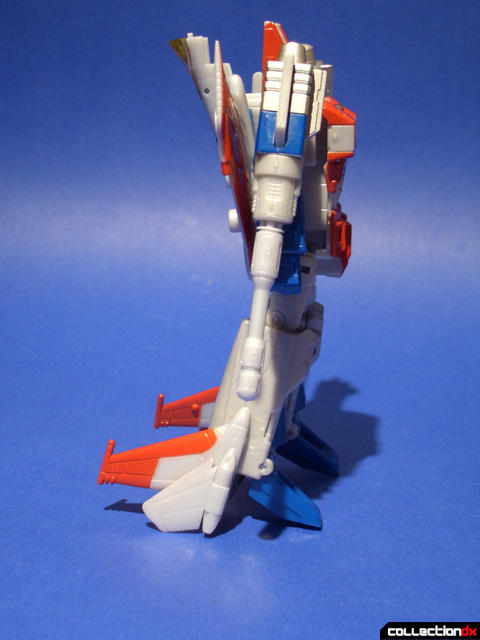 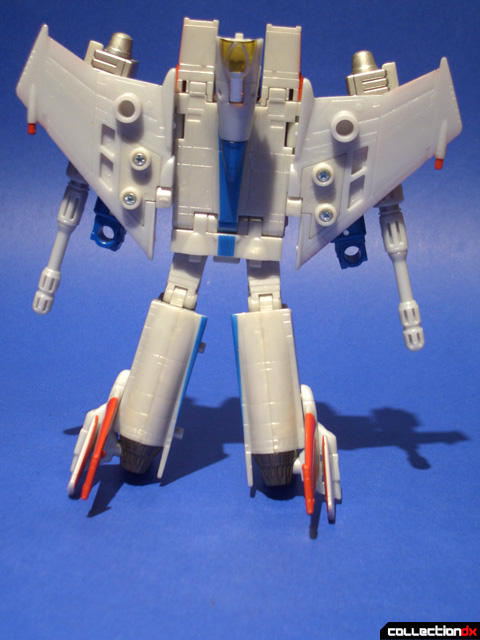 In robot mode, he looks fantastic. They manage to make a highly poseable figure while still keeping the look of the cartoon. Starscream has 15 points of articulation and while the hands don’t move the head does turn. 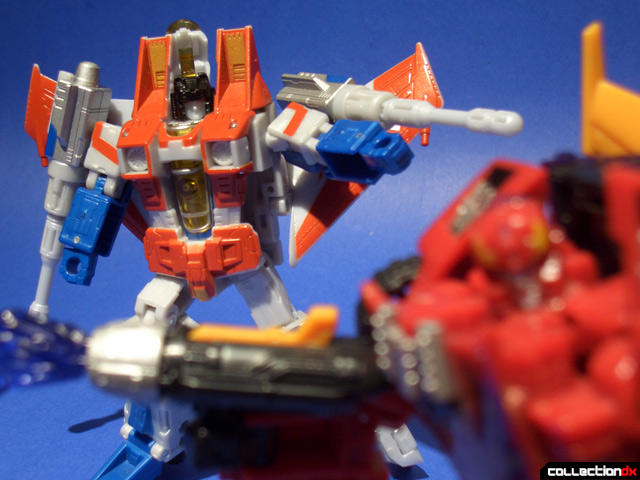 Transformation is very straightforward and very close to the original toy. You can see it for yourself with the video review below.

This guy is such an improvement over his G1 incarnation it's like comparing an early Model-T to a brand new Shelby Cobra.
Starscream is one of the few G1 Transformers I didn't own as a child, my friend had him though. Although I absolutely loved the cartoon anime character of Starscream, the toy left a little to be desired as there was very little articulation. In fact he was a hunk of plastic, a little die-cast and had arms you could move up and down. His jet mode looked very good as long as you didn't lose that ever-important front landing gear(every kid I knew that owned a seeker lost it!).

The new seekers are instant classics(no pun intended!) IMO, every one of them. Skywarp and Ramjet are both VERY cool. Ramjet in particular is completely anime accurate.

Yes, I have the Botcon seekers(Thundercracker, Thrust, Dirge) as well, and although I agree they were heavily overpriced, I am glad I bought a set now.

My only real complaint about Starscream is that I wish they would have painted his face like they did on Skywarp. The paint really brought out the details on his face. Besides that BUY HIM NOW, while you still can!

Only Starscream figure I've ever owned is the Ultra-sized "Cybertron" figure. Far bigger than the "Galaxy Force" version, it looked cool but was a bit of a let-down for such a huge figure. Oh well...

Now, I got Skywarp through the Target-exclusive Ultra Magnus VS. Skywarp set, and I was very surprised at how small he was! Poesabillity was fair, though some of the joints didn't quite move the way I had hoped they would, and the wings got in the way of the arm launchers (Mirage and Optimus Prime must've spoiled me).
The G1 Starscream is one of those figures that I've debated whether-or-not I like the toy enough to look for one. The MP-03 Starscream, I decided after much debate [and even after seeing the US-repaint ver.], wasn't really worth pursuing. Nor is the 2007 movie ver. (That one's just ugly!) It's a character I'd like to have, but none of the toy's I've seen are really saying, "Buy Me!"

Besides, I've never been able to figure out why placing weapons (pointed downwards) on the forearms like that is a good idea! (The OZ-00MS Tallgeese from "Gundam Wing" was equally baffling, with the main thrusters mounted only onto the forearms!)

There's an extra joint there, right at the 'ankle'! Both the tails and 'mini-wings' point forwards, and then fold up against the lower legs. I know it's different from the G1 ver., but that's how the Classics ver. works. Look at your instructions; they should be identical to Skywarp's. That joint serves no other purpose even when changing him.
------------------------------
CollectionDX Staff

"Oh, BTW, Atom- the instructions and box art [for Skywarp] say that the tails are supposed to point upwards against the leg, not backwards as an extra support/heel. Just FYI... ;)"

"No idea what your talking about Eva.... My tailfins only move the way shown."

LOL
He's right Atom, the tailfins turn like he said. I didn't even notice it until EVA mentioned it but yeah, he's transformed wrong.