The character of Pegas comes from the show Tekkaman: The Space Knight, but this toy rendition looks very different from the anime. This is because it is like so many other Italian Junior Machinders and uses the arms and legs from the Takemi Robo Kress toy. The body is cast in blue and white polyethylene. The white of the legs is poly, but the white on the arms are from stickers. Strangely, the right and left arms are slightly different shades of blue. I've seen this on other Junior Machinders as well.

I actually like the soft vinyl head on this toy. It's a little silly looking, but for some reason has an endearing charm. The body is probably the fattest of any Machinder ever. All the ornamentation is from simple red stickers. The details on the legs are also stickers, but notice how the knees have the insignia from Dangard Ace.

Typical Machinder weapons are included. Both fists fire and a single launcher in the midsection fires one of the 6 missiles that are otherwise stored on the clips on the legs. Four of the missiles have red shafts with white tips, while the other two have white shafts with red tips. A small hatchet can be held int he right hand. 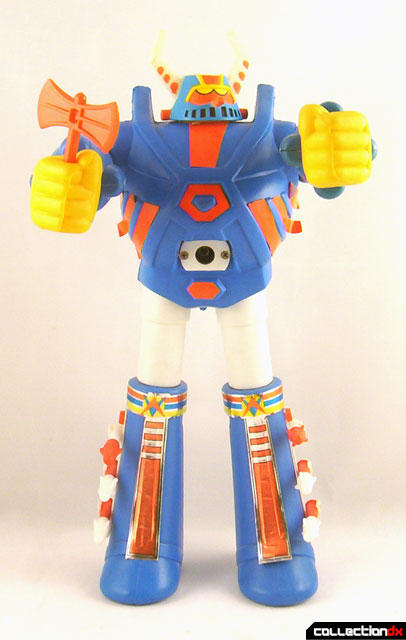 This guy was released by a company called Tercom and licensed from Tatsunoko Pro. It was probably sold sometime in the late 1970s, is approximately 14" tall and is articulated at the neck, shoulders and hips. This isn't that great a toy and since there is a much nicer Jumbo version of the character (released by Nakajima), it probably isn't highly prized either. It shows up infrequently, but generally doesn't carry too high a price-tag. 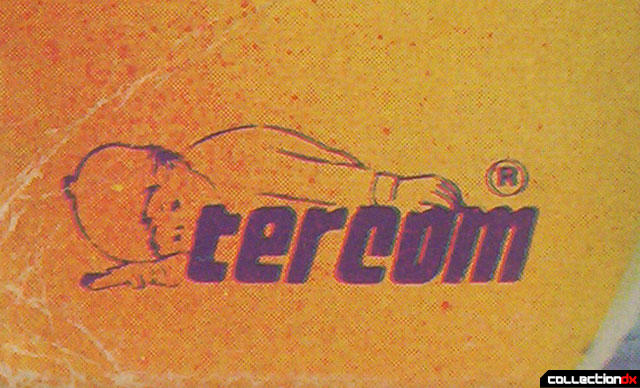 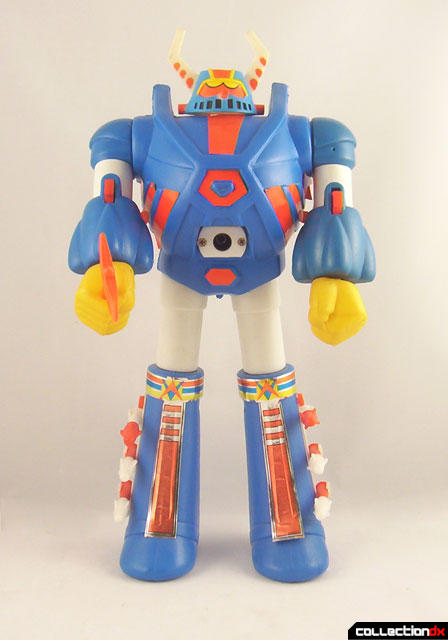 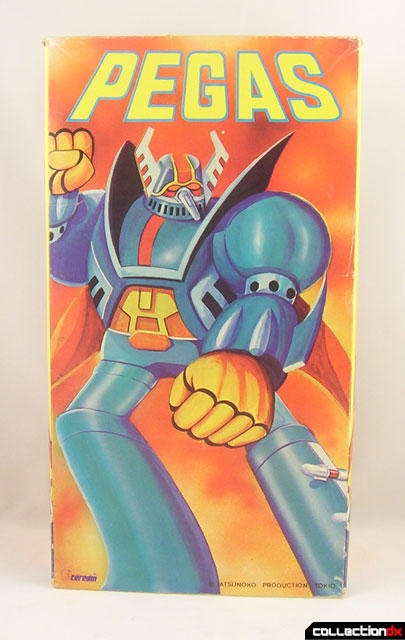 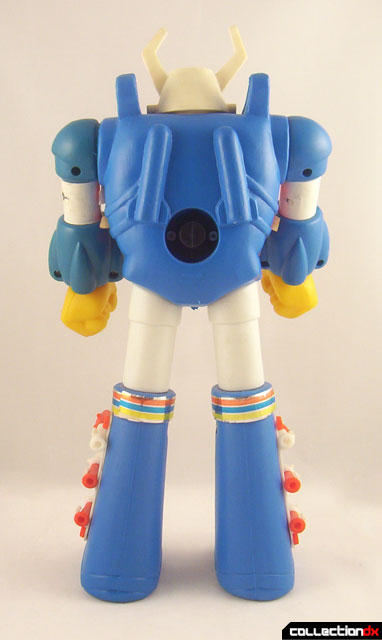 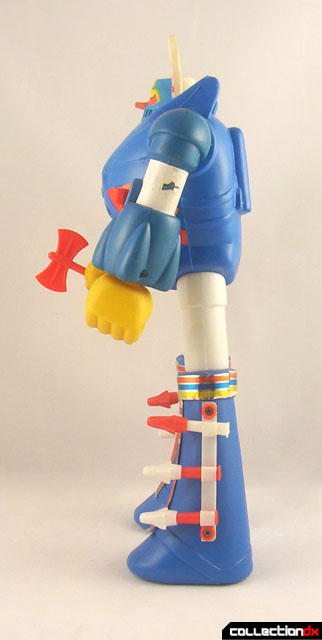