The existence of smaller forms of Jumbo Machinders, often referred to as "Junior Machinders" has long been known, but this unofficial line of toys has always been made for sale in Italy. So it was with great surprise that I came across one that was made and sold in Argentina! This was either the first or second Machinder of any kind to surface from South America. (The "Argus" Jumbo Machinder from Brazil was the other. I can't remember which appeared first.)

Once again the immensely popular and generic name of "Super Robot" was used for this toy, but it is based on the appearance of one of the Italian toys called "Space Hero". Each toy uses the limbs of the Robo Kress toy that was released in Japan by Takemi, as part of their Big Robo series. The head is based on the character of Atoranger. 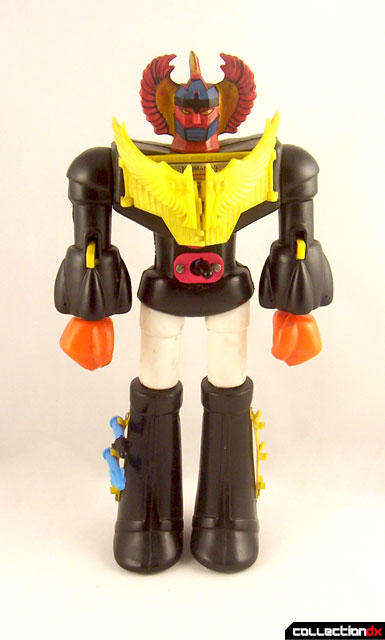 Super Robot is 16" tall and has the standard Machinder articulation. The head is made of soft vinyl, but in a departure from the norm, so are the legs. The torso and the arms are polyethylene. Both fists shoot, there is a missile launcher in the waist and if you open the yellow compartment on the chest, there is a disc launcher inside. Both missiles and discs can be stored on hook on the legs, though unfortunately most of those are broken on this toy. One final accessory is a shield with a lion head on the front. There is no hole in the toys hand for him to hold it however. 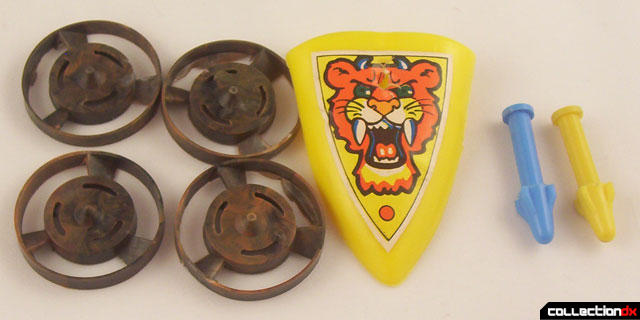 This toy was made in Argentina by a company called Oklahoma and honestly it's really only notable for that. It is the toy that got me looking in South America. I figured if there was a Junior Machinder made in Argentina, didn't it stand to reason that there might have also be a JUMBO Machinder?? Within a year's time, I found one!!