On a chance purchase of the two droids, C-3PO and R2-D2, Luke Skywalker has discovered a desperate message from Princess Leia’s call for help which has changed his life forever! After encountering Ben Kenobi, Han Solo and Chewbacca, they have set off on a journey to aboard the Death Star to rescue Princess Leia.

In one of the classic scenes in A New Hope, Luke Skywalker has disguised as a Stormtrooper to infiltrate the detention centre where the Princess is held captive. Today, Hot Toys is pleased to announce the 1/6th scale Luke Skywalker (Stormtrooper Disguise Version) Collectible Figure as one of the 2015 Toy Fair Exclusive items!

The movie-accurate collectible figure is specially crafted based on the image of Mark Hammil as Luke Skywalker disguised as a Stormtrooper in Star Wars Hong Kong: Episode IV A New Hope. 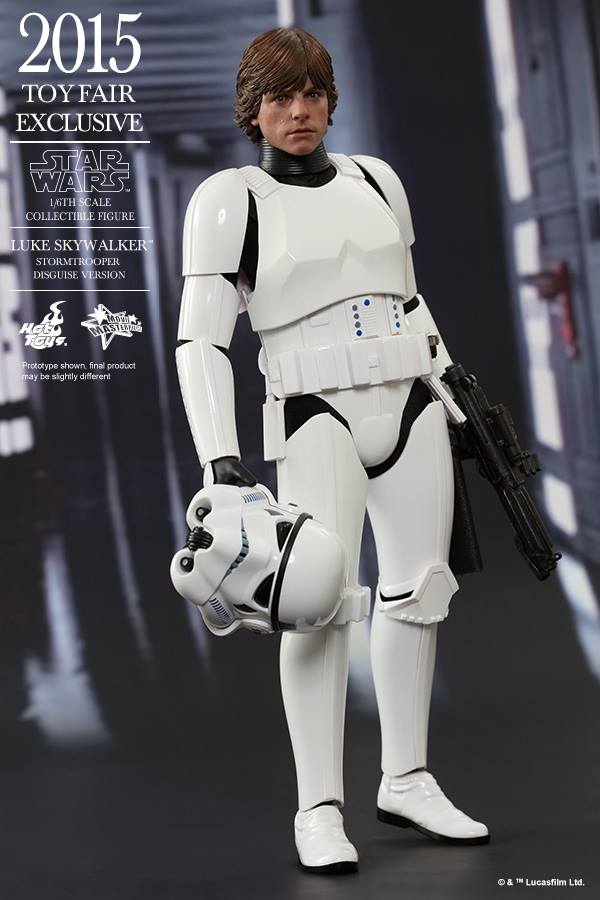 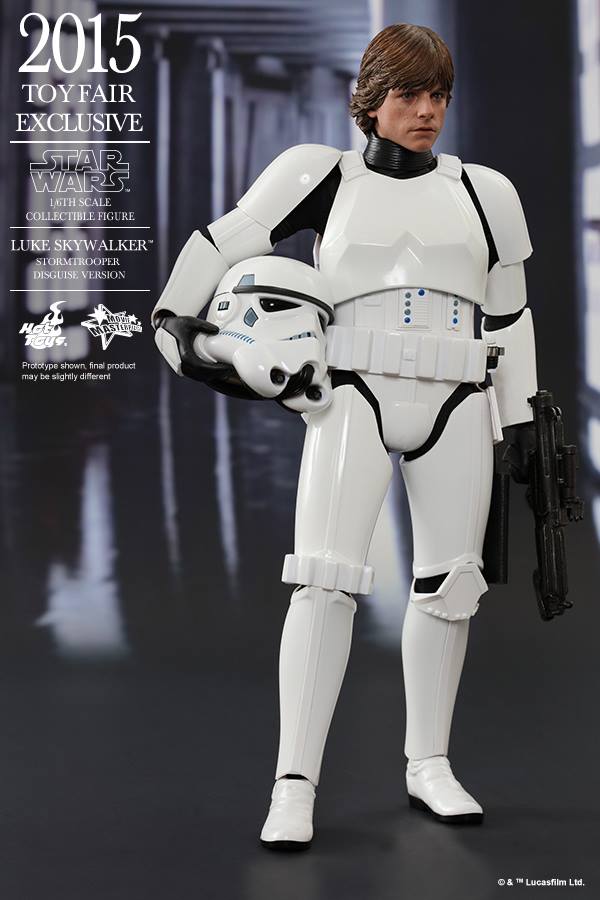 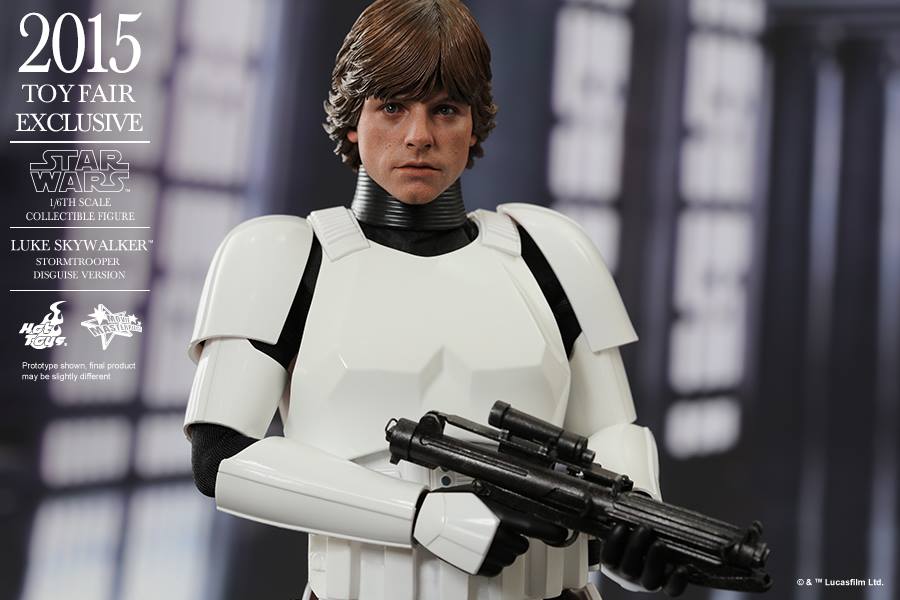 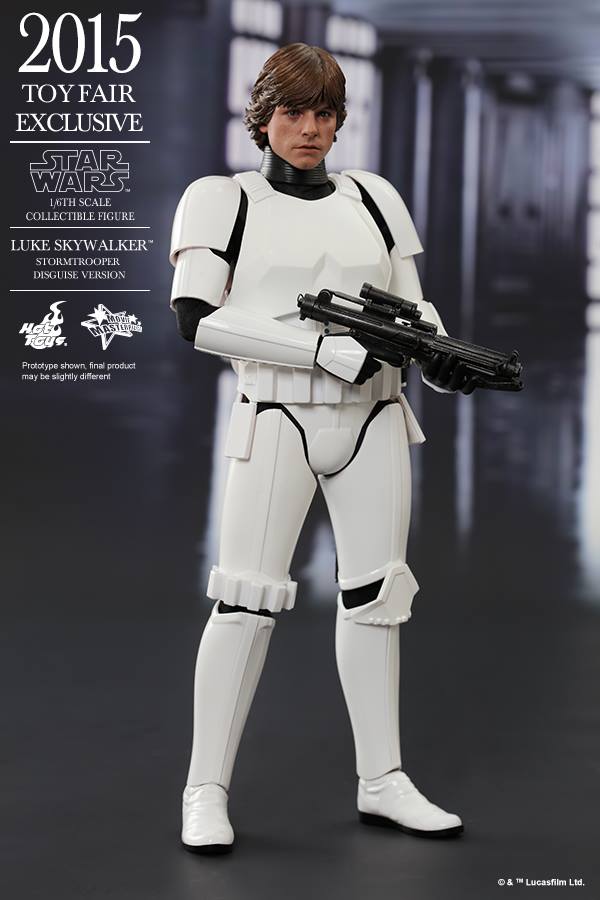 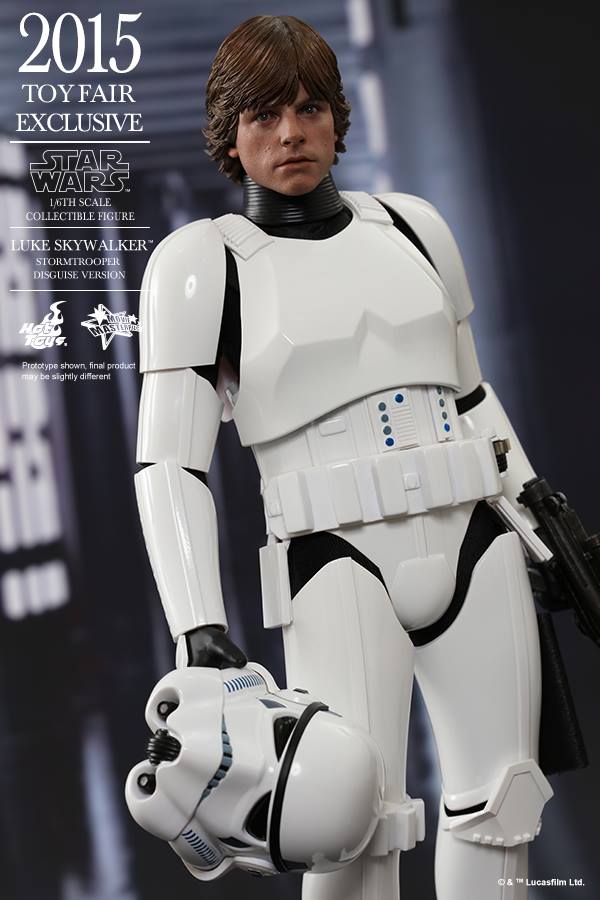 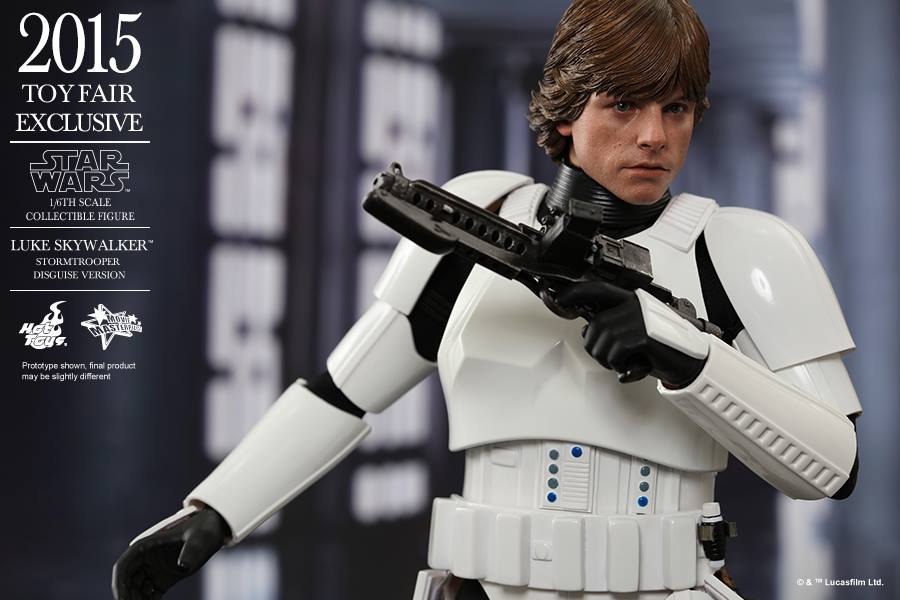 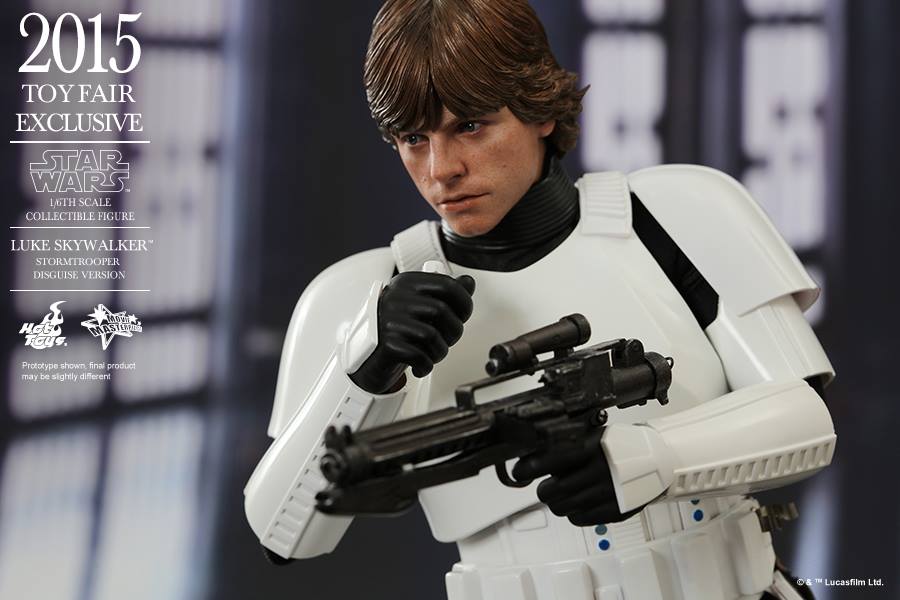 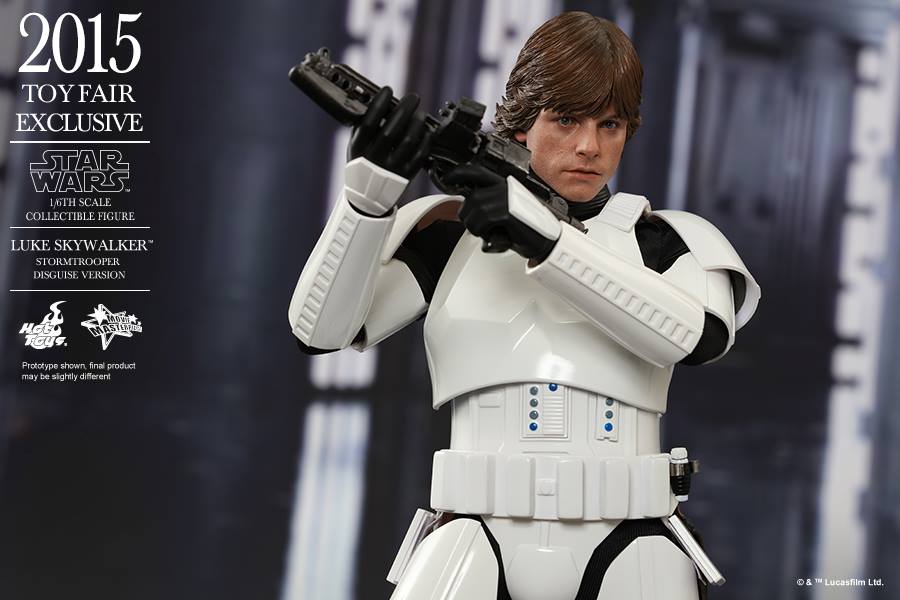 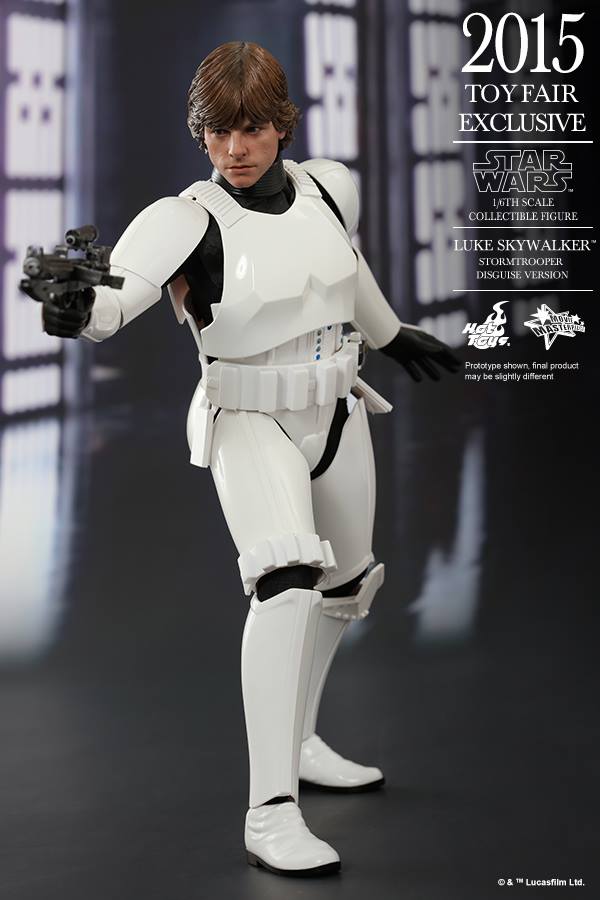 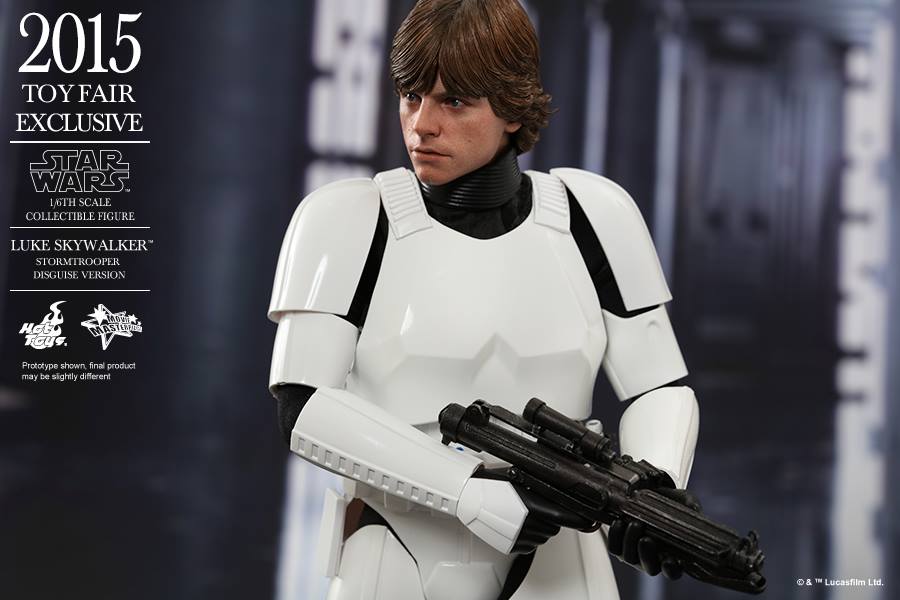 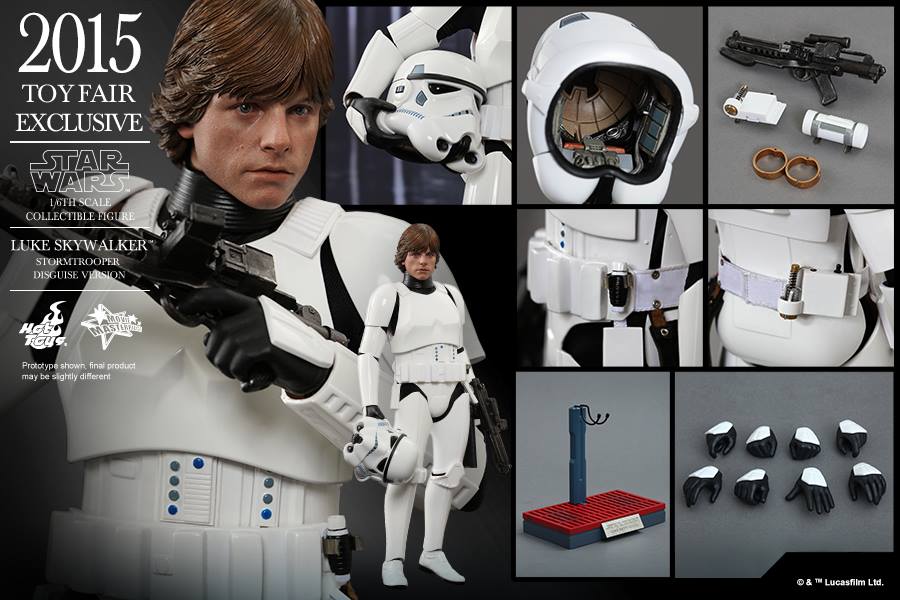