The small sized line of collectible Mobile Suits is getting bigger and bigger releases for figures based on Gundam Unicorn. Now Bandai is putting out the Full Armor version of the titular Gundam that will come with everything to load it up for the final battle and more! The Assault Kingdom RX-0 Full Armor Unicorn Gundam is equipped with a vast array of bazookas, shields, Gatling guns, boosters, and even extra parts to build a Type 94 Base Jabber support craft. Note that it even has parts to make the green lined Unicorn resemble the Banshee Norn. Also includes a stick of gum. Coming June 2015 for 2,400 yen. 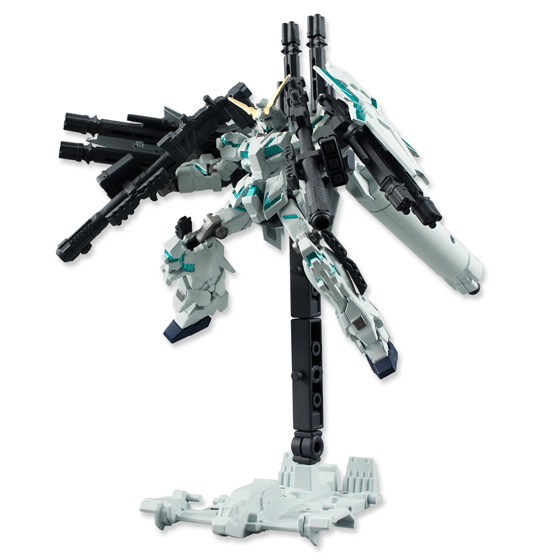 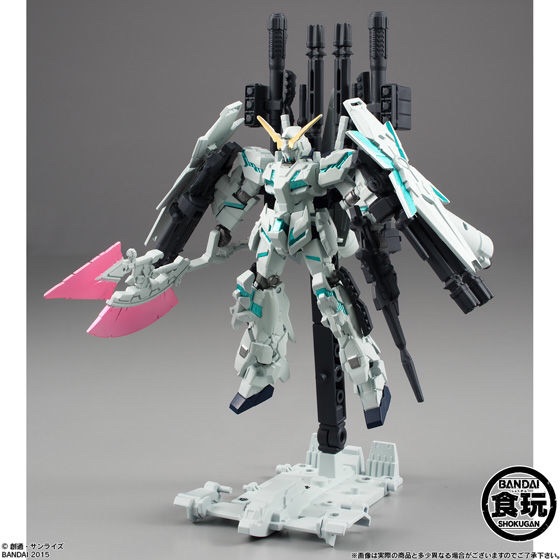 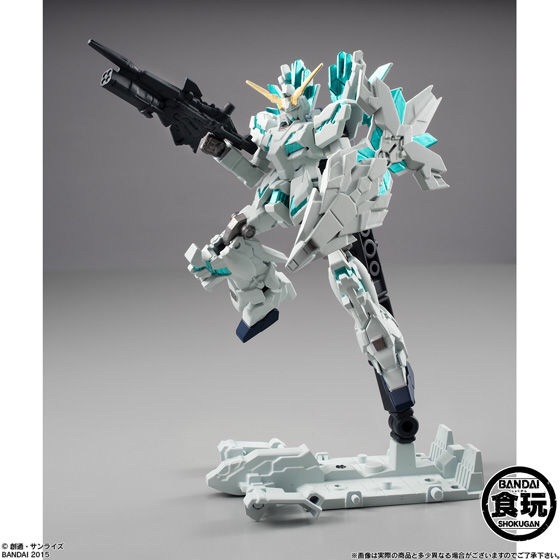 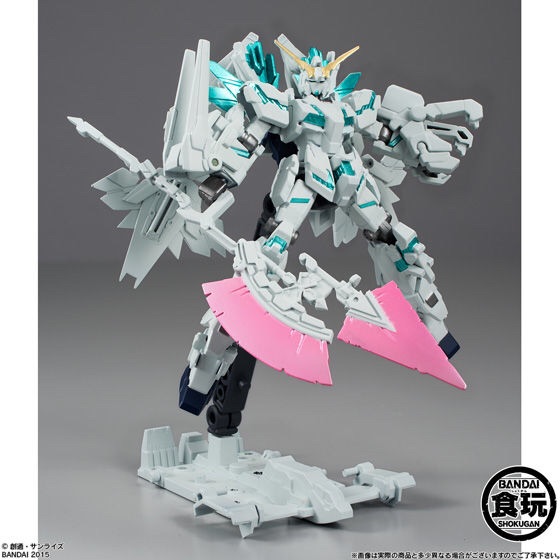 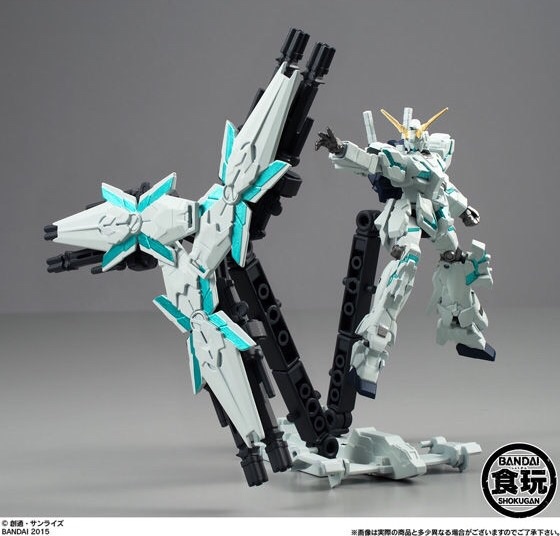 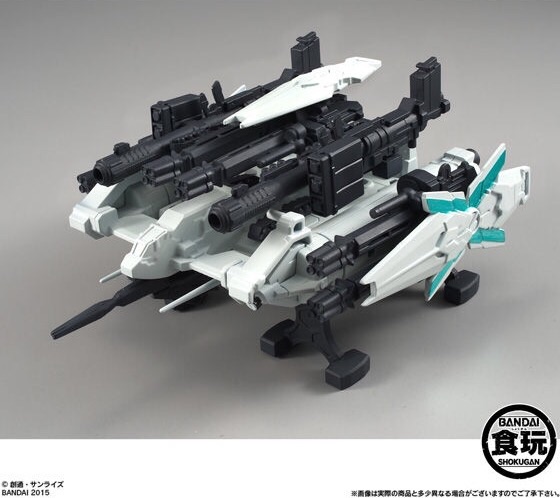 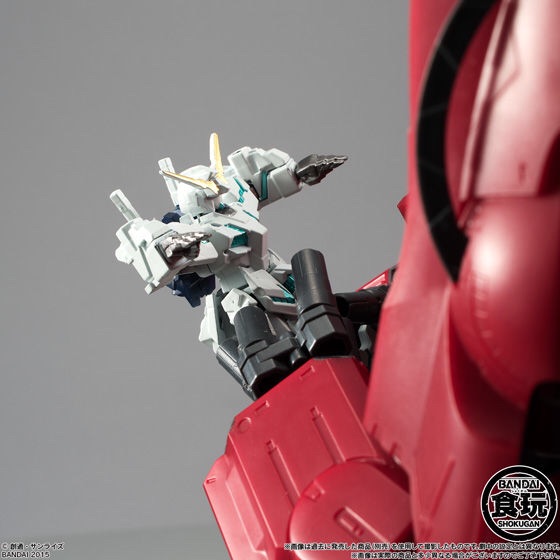 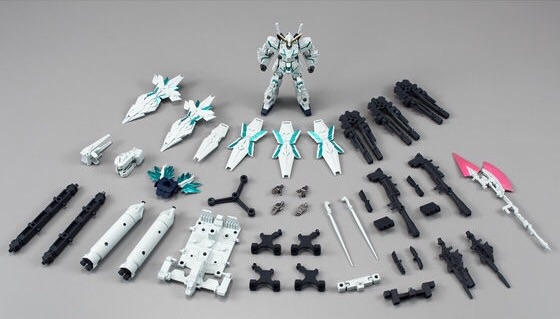 3 comments posted
I am so sick of unicorn this

I am so sick of unicorn this and that, never even seen the OVA and all of this excessive marketing really forces me to not care at all. Thought the design was novel when it came out, but the more I see it the more I think they took a page out of the transformers movies when designing all of the random shards and excessive details

At first I thought the Unicorn Gundam's gimmick was a bit over the top (as is the legacy it leaves behind by the time its OVA was done), but I've come to like it as a Gundam.
BTW I hardly believe Sunrise took a page from competitor Hasbro's playbook in designing the Unicorn Gundam... The title MS has simply gotten more detailed and articulate over the decades, and this is certainly reflected in how complex a design like the Unicorn Gundam is. [After we get away from the stupid G-Self stuff which is obviously just a rehash of the Strike and Impulse Gundams], we may see that trend continue in the next series they make.

Why did they include Banshee parts? It never used those since they were exclusive to the Banshee in both the OVA and novel.
Perhaps they're gonna make a "FA" version of the Banshee and they were too lazy to NOT include them here...?