Los Angeles, CA (February 9, 2014) – Saban’s Power Rangers get charged in the next season of the iconic franchise, Power Rangers Dino Charge. Debuting on Nickelodeon in 2015, this new season will deliver all-new dino-fueled action and adventure to fans of all ages. The series will roll out globally later that year. In addition, Bandai America Incorporated will continue to act as the global master toy licensee for the franchise, creating an all-new dinosaur themed product line. 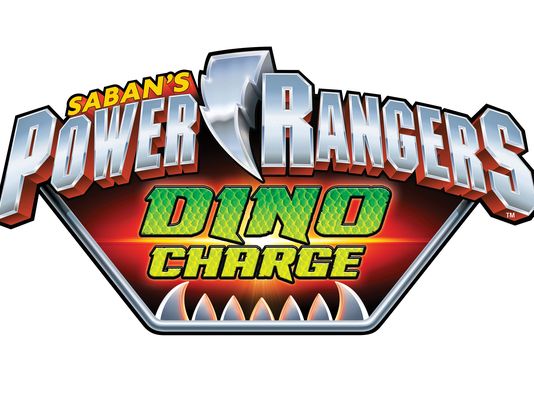 “Power Rangers Dino Charge will be a strong addition to the Power Rangers franchise,“ said Elie Dekel, President of Saban Brands. “By reintroducing the dinosaur theme, which global trends show is popular with boys, we know fans will find this next season larger than life!”

“We are excited to deliver a new toy line for Power Rangers Dino Charge,” said Akihiro Sato, CEO of Bandai America Incorporated. “This dinosaur theme is a proven success in Japan, having seen the strongest toy sales in 10 years. We look forward to building on this popularity around the world.”

On pre-historic planet Earth, an alien secretly entrusted the powerful Paragon Prisms to 12 majestic dinosaurs for protection, but when asteroids hit and the dinosaurs went extinct, the prisms were lost.

In Power Rangers Dino Charge, set in present day, an intergalactic bounty hunter has arrived, determined to locate the prisms, harness their power, and destroy Earth. To face this threat, a new team of heroic Power Rangers must join together, find all of the lost prisms, and use their prehistoric energy to charge up an arsenal of dino-fueled swords, blasters, zords and Megazords in order to save the world!

Until then, fans can watch the new season, Saban’s Power Rangers Super Megaforce, premiering Saturday, Feb. 15, at 12:00 p.m. (ET/PT) on Nickelodeon in the U.S.

Saban Brands will launch the next installment of its Power Rangers franchise, one of the top-rated and longest running boys live-action series in television history, with Power Rangers Dino Charge. The new season, which will premiere in the U.S. on Nickelodeon in early 2015, will deliver thrilling “dino charged” action, adventure, humor and excitement in addition to core themes of friendship, teamwork, responsibility and helping others. Power Rangers Dino Charge will introduce a new team of Power Rangers who must band together, find powerful ancient prisms and channel their inner dino spirit energy to charge up an array of dino-fueled swords, blasters, zords and Megazords to save the world from evil. The Power Rangers franchise is helmed by Haim Saban, who created and produced the original Mighty Morphin Power Rangers series in 1993. SCG Power Rangers LLC, which licenses and merchandises the Power Rangers brand, is an affiliate of Saban Brands. For more information, visit www.powerrangers.com.

I'm surprised they skipped GoBusters. Maybe it's because the giant enemies were generics with MOTW parts attached to them?

I think two things made them skip Go-Busters:

1- the show was rated very poorly, and the toy line sold equally poorly. BA was probably scared off by this.

2- the mecha are all parts-formers, and part-swapping toys are not only more expensive to pull off, but they also don't do the whole limb-swapping thing that the entire Zord Builder System is based off of. The Kyoryuger mecha- while also parts-swappers to a degree- have the now-standard limb-swap which ZBS can utilize, and leg-swap can be integrated into BA's new versions. They can also eliminate the battery aspect entirely to save money on implementing gimmicks. the arms will still have built-in weapons, but they don't have to add in electronics.