Each 3.75 inch scale figure features 23 points of articulation, many with ball joints, allowing them recreate all the moves and poses that have made them part of gaming legend.

To ensure a game accurate likeness, correct to the finest detail, Mezco's award-winning design team has digitally sculpted the figures using the digital files from the game developers themselves. Series 1 includes three of the most famous fighters:

Scorpion, the hell-spawned specter. Ninjas need weapons and Scorpion has them. He comes complete with his spear tipped wrist chains, as well as 2 game accurate swords. He also has an additional pair of fighting hands.

Sub-Zero, the icy assassin. Of course, Sub-Zero needs the weapons he is famous for, so he comes complete with his game accurate hammer and sword.

You can find them all at Mezco Toyz. 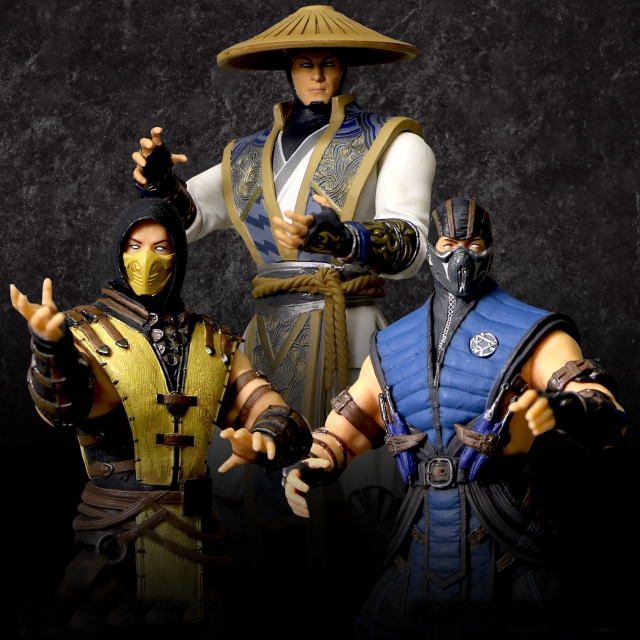