Home » News » Sponsor News » Otakuplan News: Dragon Ball Super all set for an Epic Ending to the Tournament of Power

Otakuplan News: Dragon Ball Super all set for an Epic Ending to the Tournament of Power 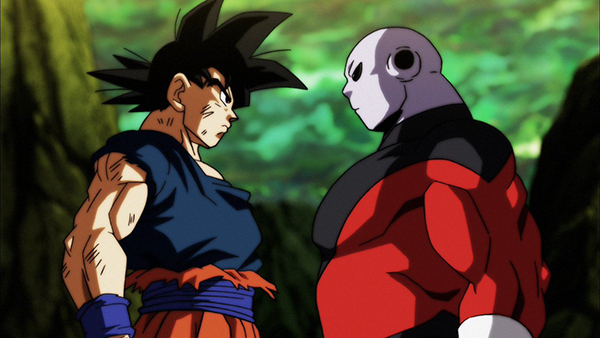 So, the time has finally come to the end of Tournament of Power. Two universes are left behind and an all out battle is definitely on the cards. With Jiren and Vegeta going to fight soon and fans are going to see an incredible fight and definitely some serious drama is going to happen now. No one has seen the full potential of Jiren yet and the time has finally come in the Tournament of Power when Jiren will go all guns blazing and some exciting fights are waiting for the fans for sure.

Vegeta will be fighting Jiren and other warriors set to fight as well. The fans can’t wait for the final showdown of the tournament. More drama and more intense fights in the tournament will make the Dragon Ball Super ending a superb one. Yeah, you heard it right the Dragon Ball Super is going to end very soon in 2018.
Few episodes of this breathtaking anime series are left behind and fans are somewhat disappointed to hear this. But there are some other arcs coming out of this franchise and fans will get to see new movies of Dragon Ball this year as well.

Who Will Defeat The Invincible Jiren?

Well, the question is still there that who is going to beat the mighty   Jiren in the tournament of power. Goku tried to beat him but failed, Hit tried to beat him but failed, Kale tried to beat him but she failed too and who else is going beat this monstrous creature that is even stronger than the Gods of Destruction. The last battles of the tournament of power will witness an epic fight between Jiren and the Princess of Saiyans Vegeta. Fans are hoping that Vegeta will get rid of the Jiren. So, the fight between these two is worth watching and fans of Dragon Ball Super cannot afford to miss this hell of a fight.

Where to Watch Dragon Ball Super and Other Anime Series Online in 2018?