While previous versions of the Mugen Calibur were nice and transformable, they didn't pose too well. Fewture/Artstorm comes to the rescue with yet another line, the EM Gokin. These poseable diecast Dorvack toys stand 13mm tall, and will run you 6,980yen. Diecast and plastic, due July 2010. 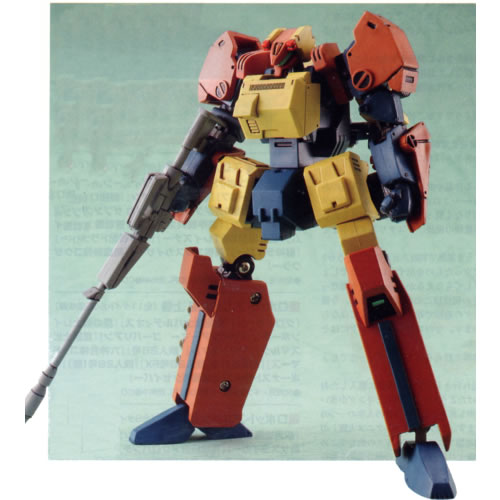 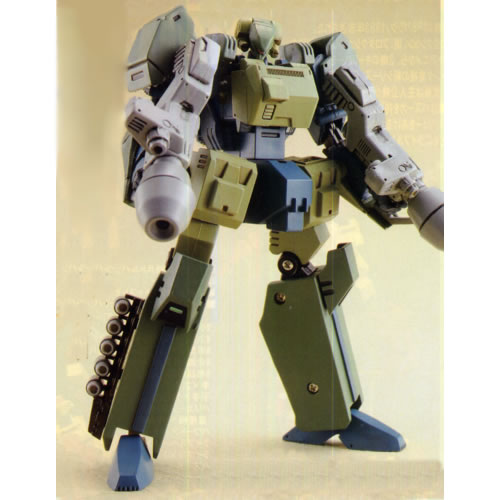 4 comments posted
They're NOT Transformers

If you want a transformable one, why not look at CM's version?

Because I already got one from CM's & from a toy collector's standpoint, it's below the grade level of a 'masterpiece'.

I disagree. While it was horribly overpriced, it followed what CM'S apparent design philosophy has become. Ironically it mimics Toynami's - follow what was done before, and add what was missing, but keep the spirit of the toy intact.

It was the Takatoku with more detail, articulation and accessories. Just like their Mospeada stuff, and their other Brave Gokin pieces. They also have the same knack for just missing something, either a design choice that's lacking or a QC issue. CM's just priced their stuff into the area where it pisses people off, making it more about if the toy is "worth" it rather than if it's a good toy.

This is why I stopped taking price into account for reviews. I look at the toy from a position of what it is, not how much it costs, and that does wonders for an objective point of view. At the end of the day it still comes down to whether or not you can afford to add it to your collection, but I've learned that one can admire a toy without owning it - and not dumping on it because I can't or being pissed because it wasn't worth the money.

As for this piece, it reminds me of the 1/72 Takatoku release. One that sacrificed transformation for articulation, not usually a move that they had to make, but given the nature of their finances it was what they had to do. Making the the 1/72 the better toy for many who had both, since it was far more fun to play with and had all the same accessories the larger one did, losing only the car mode. Which was odd since it was likely that it could have been transformable, another cut made for costs most likely.

While this appears to be a Revoltech-inspired piece, it has the benefit of die-cast and the Fewture name meaning it is likely to be well-made. Definitely a "future" addition.