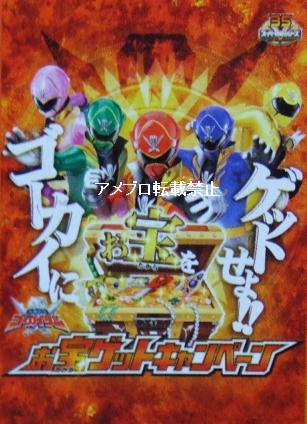 "Goukaiger", as the 35th-Anniversary series, will go where no other Super Sentai has: into its own legacy!  The team will visit past Sentai teams from as far back as the debut series, "Himitsu Sentai GoRanger" (1975), and feature both returning heroes and villains.

"Goukaiger" will use Ranger Keys as the cross-series gimmick, each of which will endow special powers and abilities based on each Super Sentai hero.  Dozens of Keys are planned, and they [should] all interact with the assortment of weapons, devices, and even mecha! 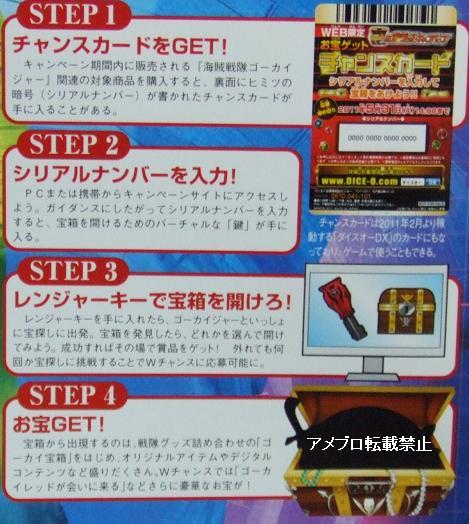 The unique cards you collect from each toy can be used in the Japan-wide Super Sentai Battle: Dice-O video arcade game machines which debuted in 2010!

(Special thanks to CDX-editor Atom for providing the images and links!)

I want that Gallion! Something to keep my eyes open for when I go to Japan in May again.

Goukai Galleon is sold as part of the DX Gouaki-Oh set. It forms the head, torso, and upper legs. However, Goukai Jet provides the helmet for Goukai-Oh.