Everyone needs a hero! This warrior goddess has 10 moving arms, rides a lion, fights demons, shatters stereotypes, and saves the world.

Let's celebrate the heroes of the world! We're starting with Durga, who has represented women's empowerment (and a can-do attitude) in India for centuries.

The Story of Durga

Once upon a time, a nasty shapeshifting demon managed to wrest control of the entire universe. He had asked for, and received, a boon that "no god, man, or beast" could kill him. He was aware that this didn't include women, but he thought a woman warrior was impossible. Thinking himself immortal, he delighted in terrorizing humans, animals, and celestials alike. The gods and goddesses ran helter-skelter, needing a champion, and decided to combine all of their powers to see what would happen.

Durga appeared in that combined blaze of light and calmly stepped forward. "Enough is enough. You can depend on me. I will finish him," she said. The rest of the gods and goddesses rallied around her, ever-hopeful, and festooned her with gifts. One god gave her his razor-sharp flying discus, another gave her his trident, and another gave her a lion to ride into battle.

She found the demon taking a corpse-strewn lunch break. "Your time's up," she said. Using a bone as a toothpick, he eyed her up and down. "Fight me? How about you marry me, little lady?" he said. "Women don't fight!"

"Oh, really," Durga responded calmly. A knot of dread formed in the demon's stomach as he recalled the terms of his boon.

A fierce battle ensued. Each time Durga attacked the demon, he changed into a different animal form and counterattacked, but Durga tenaciously tried a new tactic each time. Finally, just as he was changing shape again, she aimed well and relieved him of his head with her trusty trident.

The other gods and goddesses showered her with flowers and thanks. She promised to reappear whenever they needed rescuing.

Durga's story is over a thousand years old, but is still celebrated in India today. Durga appears in comic books, in temple sculpture, in Bollywood movies, and now finally appears as an action figure. 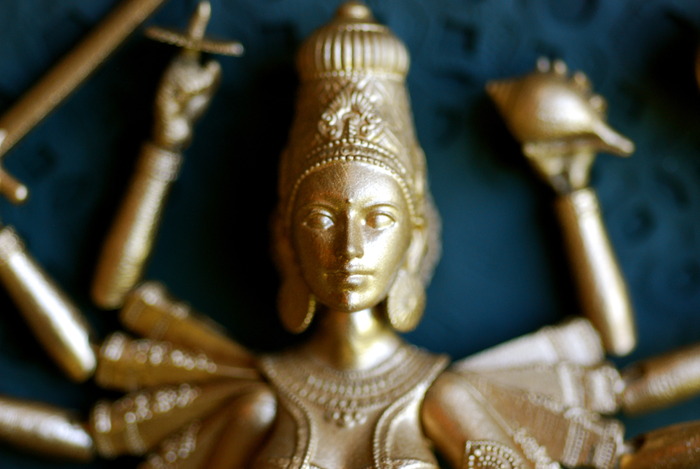 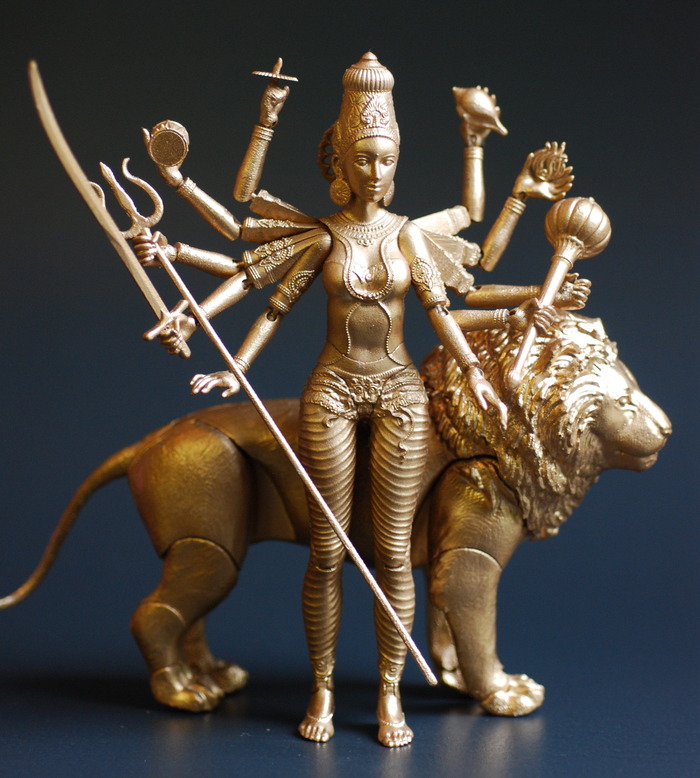 Durga is multifaceted, and has many forms. This action figure draws on traditional South Indian iconography, especially 10th-century bronze statues, best known for their elegance and detail. She is 15 cm tall (~6"), is lavishly decked in ornate jewelry, and wears finely modeled garments.

Durga is the first action figure in the world to have 10 fully articulated arms! Befitting a powerful, graceful warrior, she is fully articulated, with 38 points of articulation, from her head, to her wrists, to her ankles.

Each action figure will be shipped to you in parts as an easy-to-assemble kit. You'll be able to easily snap these parts together to create your finished figure.

Note: photos are of prototype figures. Production figures may vary. 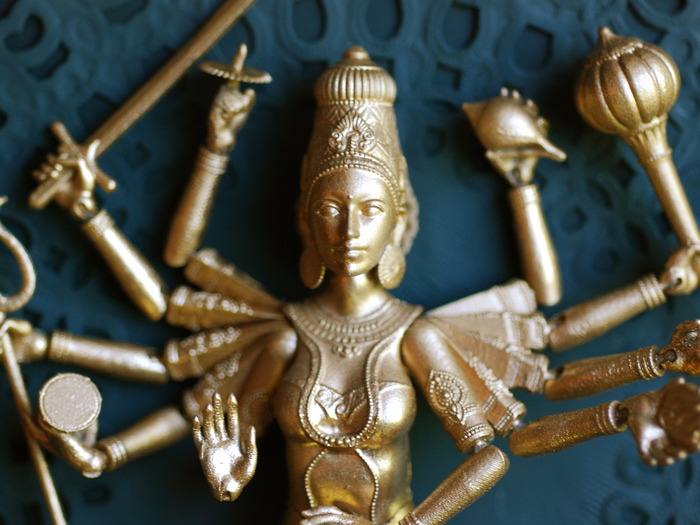 Durga Action Figure ($40 Early Bird, $49 Regular, $59 Holiday Gift Edition)
The warrior goddess in all her glory. She holds her sword, club, flying discus, conch shell, drum, fireball, and her trident.
Shipping within the US and Canada is included at the $40 and $49 levels. Please add $15 for shipping outside of the US and Canada. 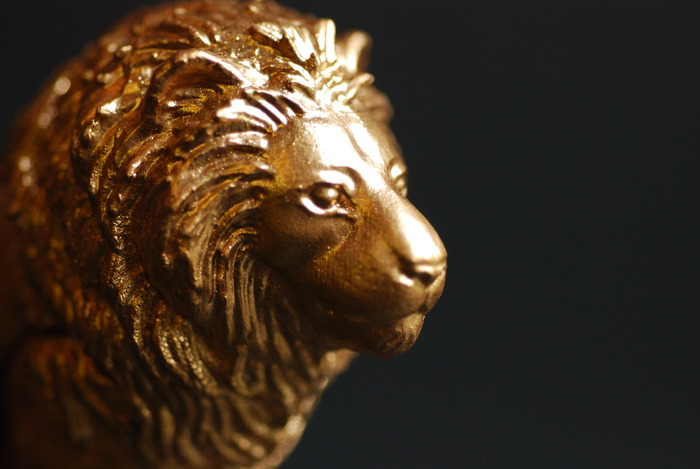 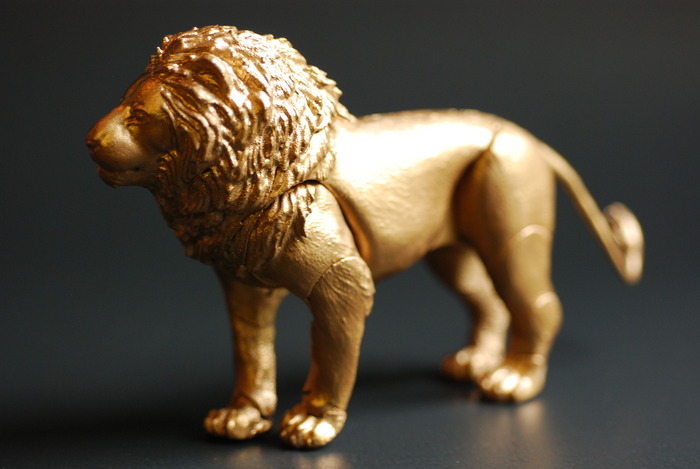 Lion Action Figure ($25 - An unlockable stretch goal reward!)
Durga's loyal companion in all her adventures. Fully articulated from his head to his paws to his tail, and features the same warm golden finish. If we hit the stretch goal, he will be available separately, and will also be available in a set with Durga.

You are welcome to mix and match rewards! For example, if you wanted to join the Master Class ($25) and two Durga Action Figures (2 x $49), just pledge $123. We'll confirm your rewards when the project is over, and you'll get the combination you pledged for.

Why Heroes of the World? Because there are so many inspiring stories to tell!

The "Heroes of the World" series emphasizes women's empowerment, cultural diversity, and atypical heroes (like scientists and artists). Sometimes the most inspiring heroes come from unexpected places, and there are so many more stories to tell! After Durga, we plan to make action figures of Nikola Tesla, of Ada Lovelace, of Alan Turing, of Tomoe Gozen...

Your support for this Durga project will mean lots of fascinating figures in the future!