I think it's important to try to be your own person, but sometimes it's best to follow those that have gone before. Back when I first got into the hobby, the Japanese Toy Database that was such a great part of the now-defunct Cool Japanese Toys website was a constant source of reference for me as I was starting out as a Jumbo Machinder collector. When I first started looking at it, each entry included a price estimate for a mint in box specimen of the listed toy. After awhile, these were taken down. At the time, I was a bit disappointed in this, but I've since come to understand why it had to happen. It's just become nearly impossible these days to predict what any toy should sell for, but the marketplace for Jumbo Machinders in particular seems to be particularly volatile. (A completed auction search for "Machinder" on Ebay right now will reveal some rather eye-popping final bids for some not that special jumbos.)

For this reason, I've recently gone back into all my Jumbo Machinder reviews on this website and removed all the mentions of the prices they typically sell for. Unfortunately, since those reviews were written, prices seem to have skyrocketed and I'm no longer comfortable giving advice on what someone may have to pay to get something. I know what I think each piece should sell for, but when a loose Jumbo Machinder Spazer sells for nearly $9000, well.... that's it. I give up. I never ever could have predicted such a thing.

So, now what? How can one gauge what the current value of a given toy is? Well, while it's still impossible to predict what future auctions will end at, I've taken it upon myself to try to keep a record of recent sales, mostly from online auctions, but also from private sales and websites if I am aware of them. I've done this partly for my own curiosity, but also because I often have people asking me what a certain character sells for and now I can have a solid frame of reference that I can show them. 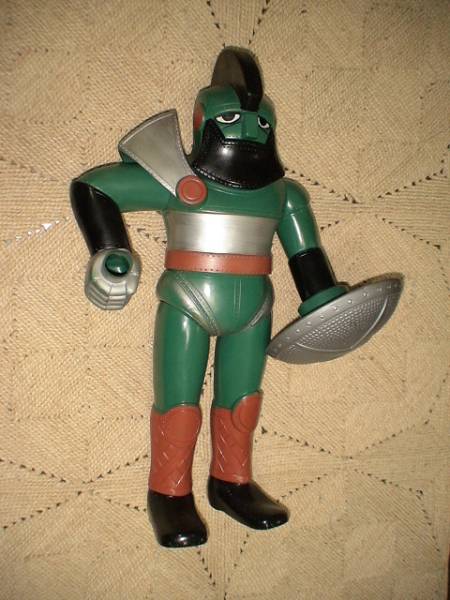 I've been keeping a folder of all the pictures I've saved from each year. For 2008, I have over 1300 images saved and I've put them all online at Mega Upload. If you like, you can download the file here:

Here is how I have them organized. The name of the file will have the sale price first, followed by an underscore and then the date of the sale. If there were multiple pictures accompanying the sale, they will be numbered in parenthesis next. After that, I tried to include a note to signify noteworthy things about the auction. For instance, RNM = "Reserve Not Met", or it might just say "NO BIDS" if the auction price started to high and got no action. Sometimes it will say "ended early" if an auction was pulled. In that case, the listed price is not really accurate most likely, but I've included it anyway for the sake of consistency. In most cases, the image will be named in the currency of the sale. For example, this is the title of a Jumbo Pegas auction that ended on June 4, 2008 with no bids at ¥128,000. It's the second picture in the auction.

Since the price is the most important thing to me, I wanted that to be shown first in order to be more visible. But I also like them sorted in chronological order. Therefore, I have the date of the sale also listed as the title of the picture, in addition to the name. To sort this way, just right click in the folder and go to "Arrange by > Title". (You may need to add titles in "View>Choose Details" first.. assuming you're using a pc. Mac users.. I have no idea.)

I've gotten some feedback from friends about this and have altered a few things for 2009. Henceforth, instead of having a yen/dollar sign at the start, I'm now writing the word out after the price. I'm also replacing all spaces with underscores. So the above example would now look like this: 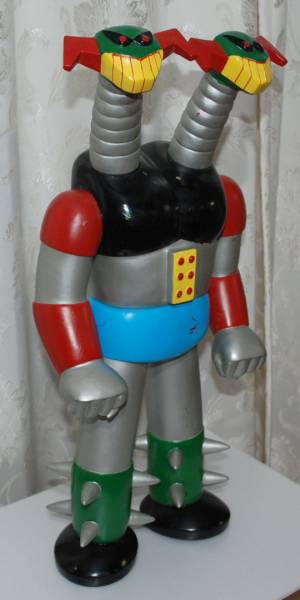 Unfortunately, it's just waaaay too much work for me to go back and change all the pictures I saved from last year so that's not gonna happen. But I hope this helps someone out there. I'll upload my 2009 folder at the close of the year.

And yes, with rising prices and a failing economy, I'm now reduced to just collecting pictures of Jumbo Machinders, rather than the toys themselves!

It is somehow surreal to find pictures of some of my own ebay purchases in your list. I now feel like part of a larger tapestry of insane purchasers- I am part of a fossil record. Thanks!

That's interesting! I hadn't really thought of how it would make purchasers/sellers feel to see their bought and sold items there. For the most part, I didn't make any note of who was involved in the transactions since people come and go and Ebay names change, etc. But in few cases if it was someone I know, I might have. Ironically, that's the one thing that I had a tendency to forget to add to the list, the stuff I bought myself!

Judging from your pics, it looks like you are somehow missing the entire cockpit assembly. Too bad, since that is my favorite part of the toy, the Duke Fleed sticker in particular absolutely makes the toy for me.