Sideshow's "booth" (hehe) consisted of what appeared to be a gigantic black felt-covered column looming up over the landscape of the convention floor. Damn thing looked like Mount Doom from across the rows and rows of other vendors! Huge vinyl displays portraying detailed closeups of their offerings lined the sides of the column. Upon approaching the monstrosity, situated close to the center of the con floor, it was easy to see how things were set up: there was simply a huge square clearing at the base of the column with very nice individual display cases lining the outer perimeter of the area, then larger items running around the circular base of the column. I wish I had taken more pictures of just this spectacle...it sure was a sight to behold!

The "booth" clearly blew Hasbro's and Mattel's displays out of the water! To be clear, both Hasbro and Mattel utterly dwarf Sideshow in terms of the size of their companies, product offerings, revenue, etc., but Hasbro and Mattel only bring a mere fraction of their total product lines to Comicon. Ya don't see Mattel's Fisher Price or Hasbro's Nerf lines represented here.

Not so for Sideshow. This is where they thrive! Virtually everything they sell would be perfect to hock at Comicon! Sideshow came through with items from all sorts of properties including Alien(s), Predator, Terminator, Robocop, Death Note, Star Wars, Marvel Comics, Street Fighter, and even some classic horror film properties like Nosferatu and The Bride of Frankenstein. But enough talk; let's get on with the pics! 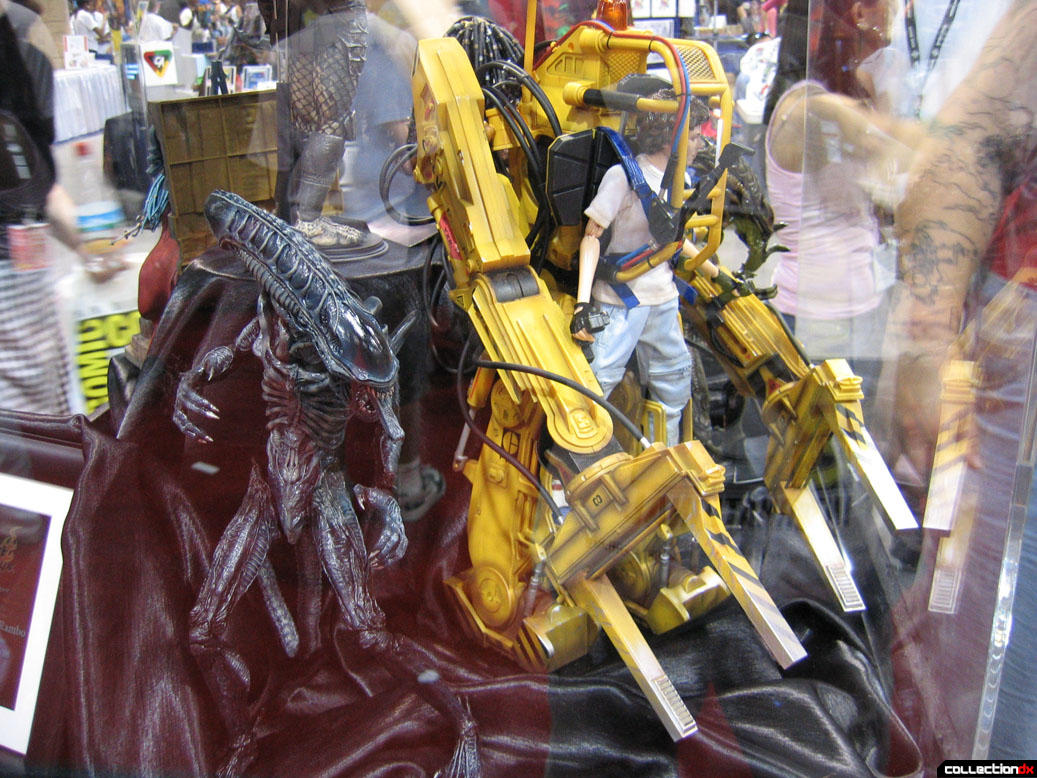 First up: Aliens and Predator! 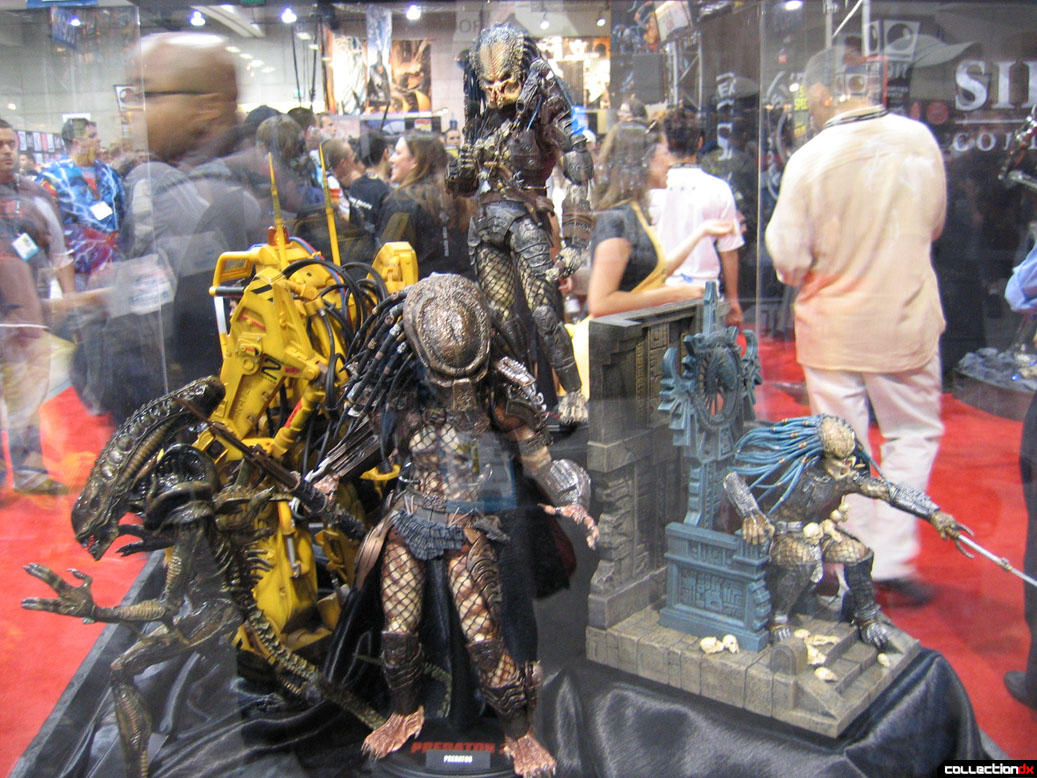 These super-detailed statues were amazing! 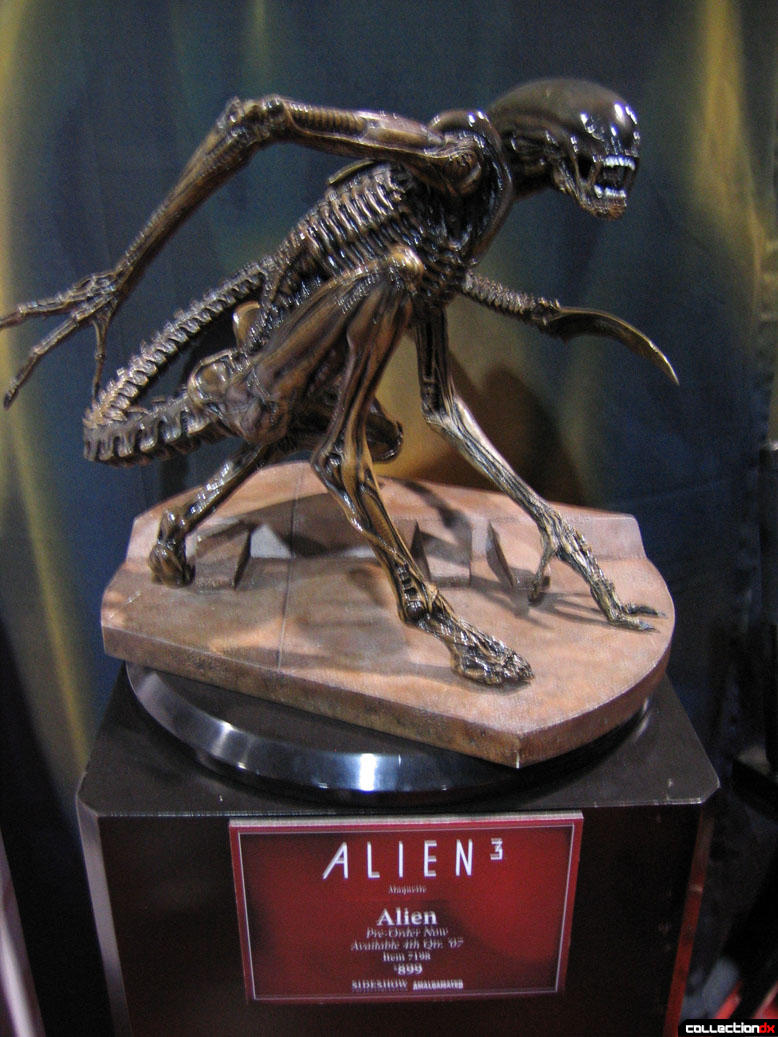 I think I dated that! 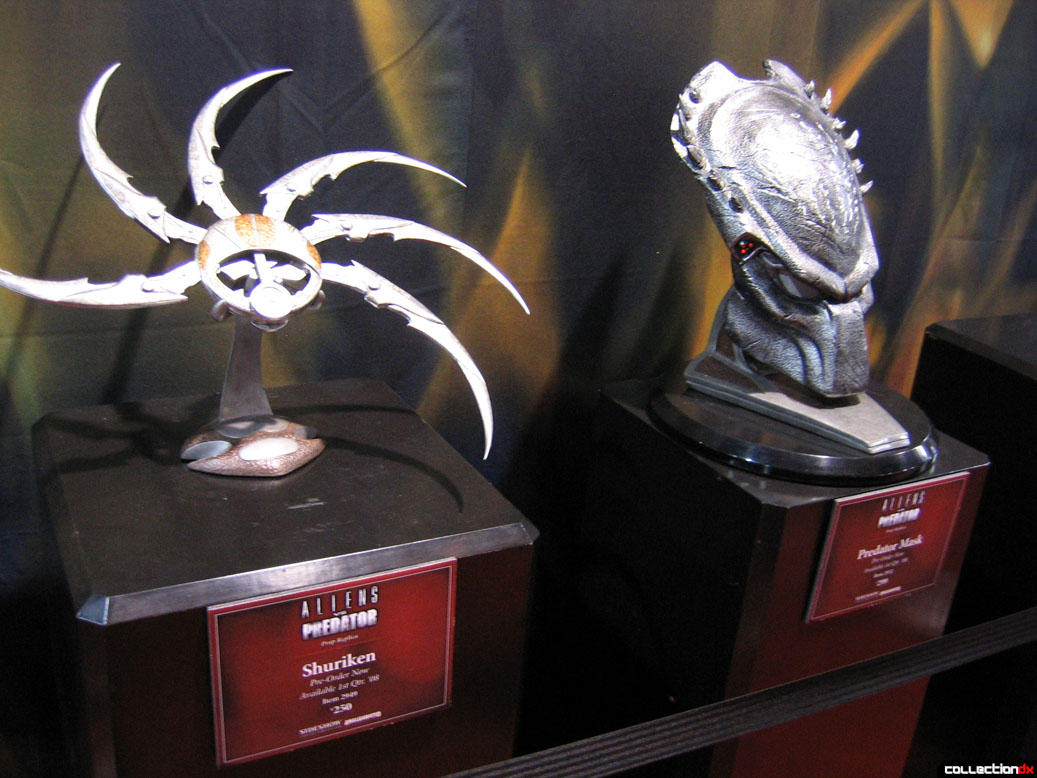 [Yes, it's actually improperly called a "shuriken"--shuriken refers to small Japanese throwing daggers, unlike shaken, which are the symmetrical "stars". I'm not just a toy nerd, I'm a practitioner of Japanese martial arts! :P] 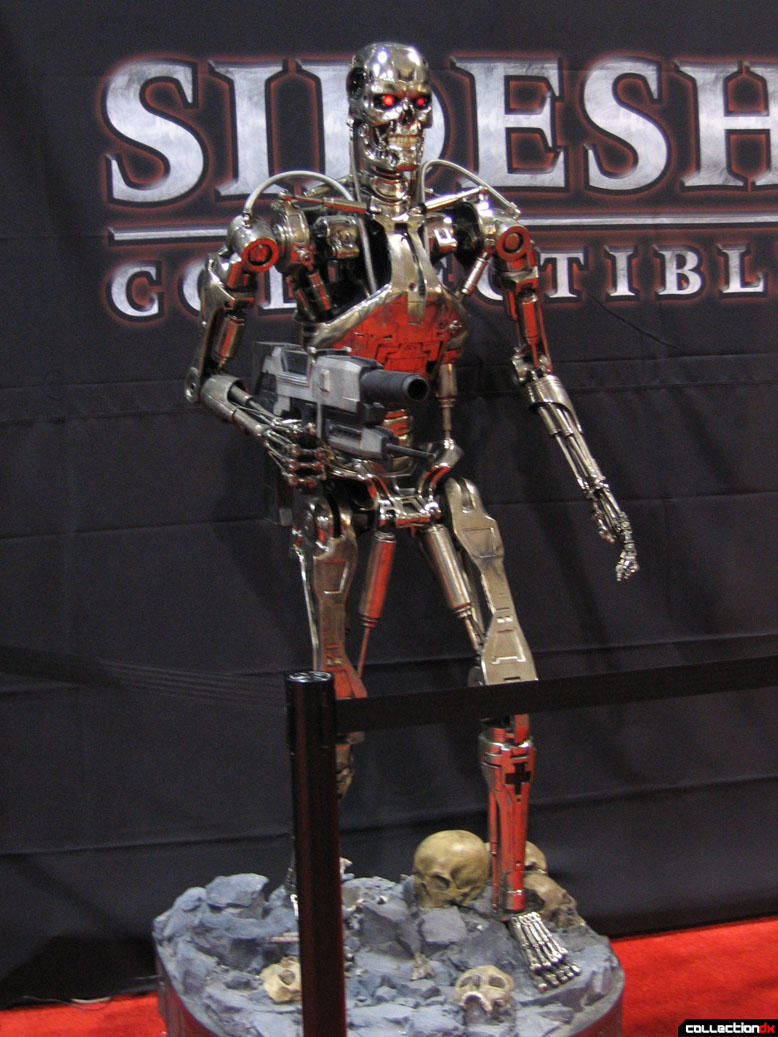 Next we have a full-size replica T-800 endoskeleton from Terminator! Yowza! 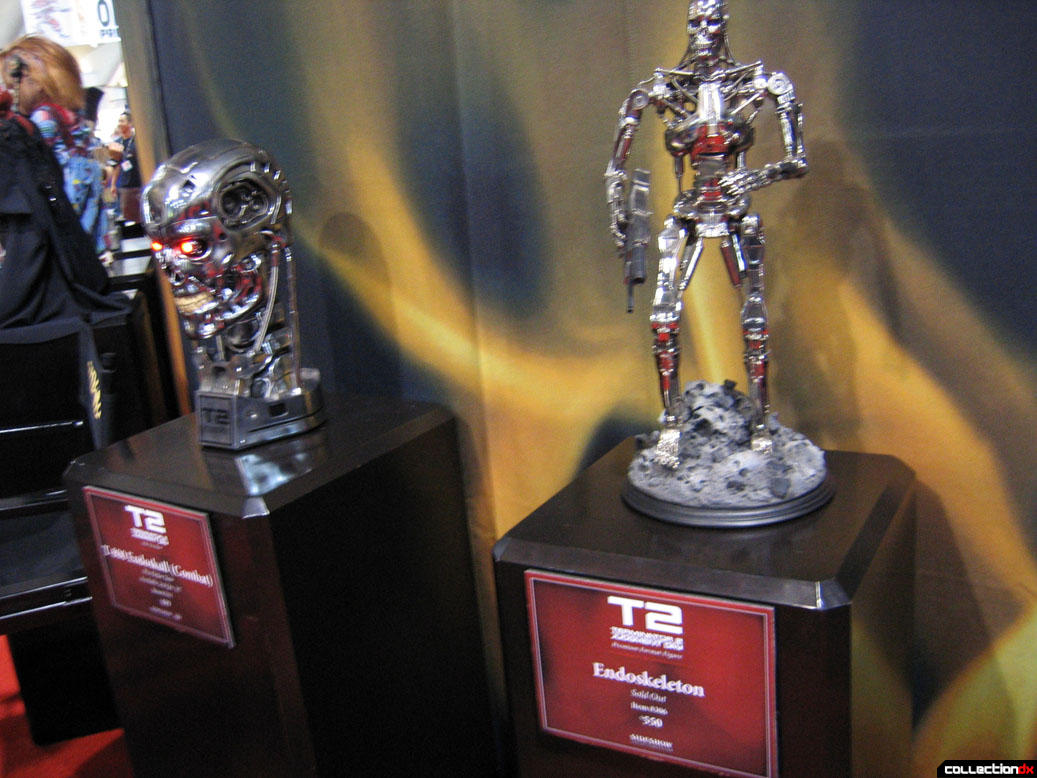 If $6k is too rich for your blood(!), Sideshow offered more reasonably-scaled collectibles! 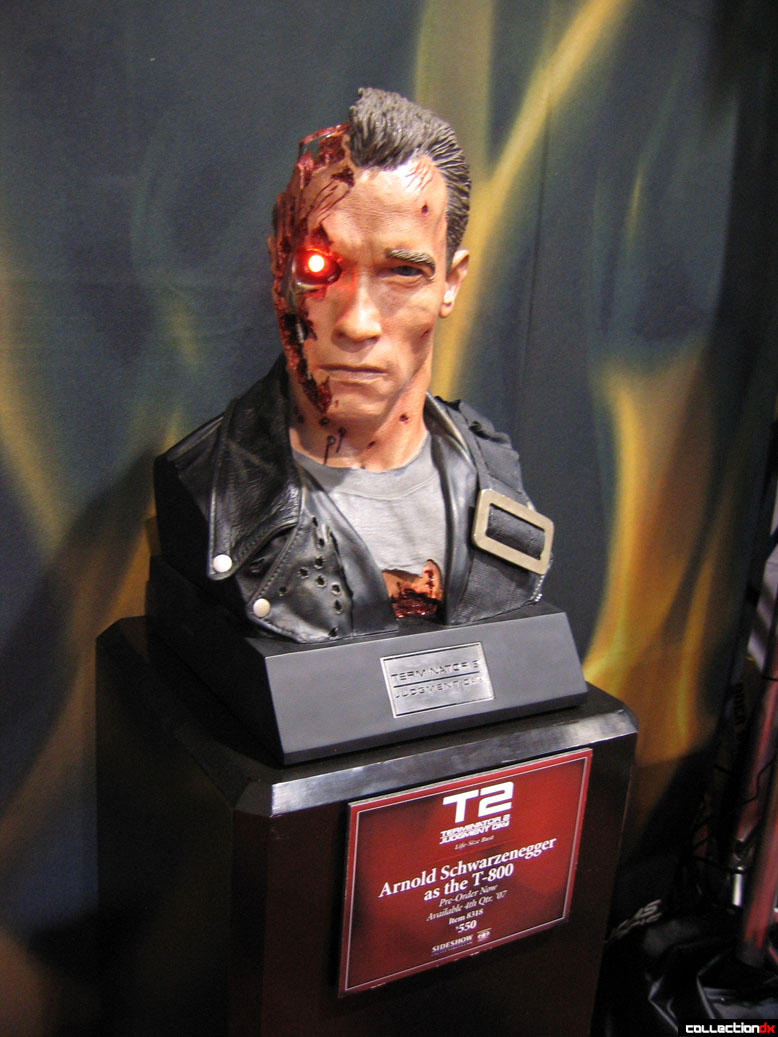 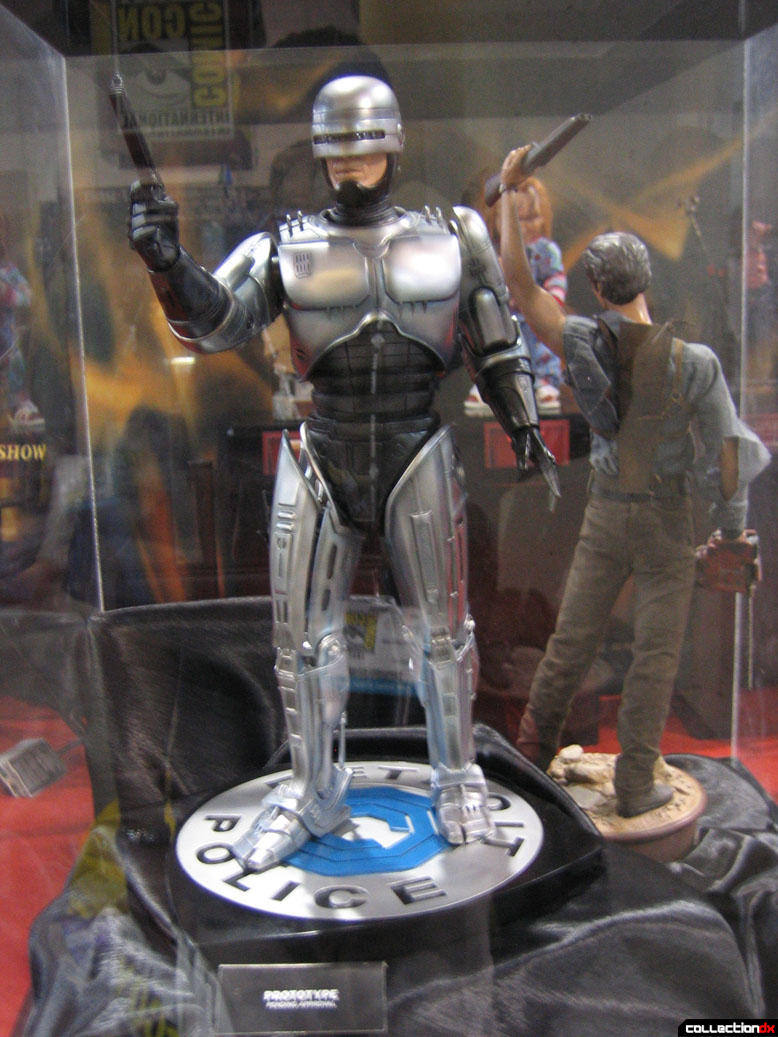 And here we have a very snazzy Robocop... 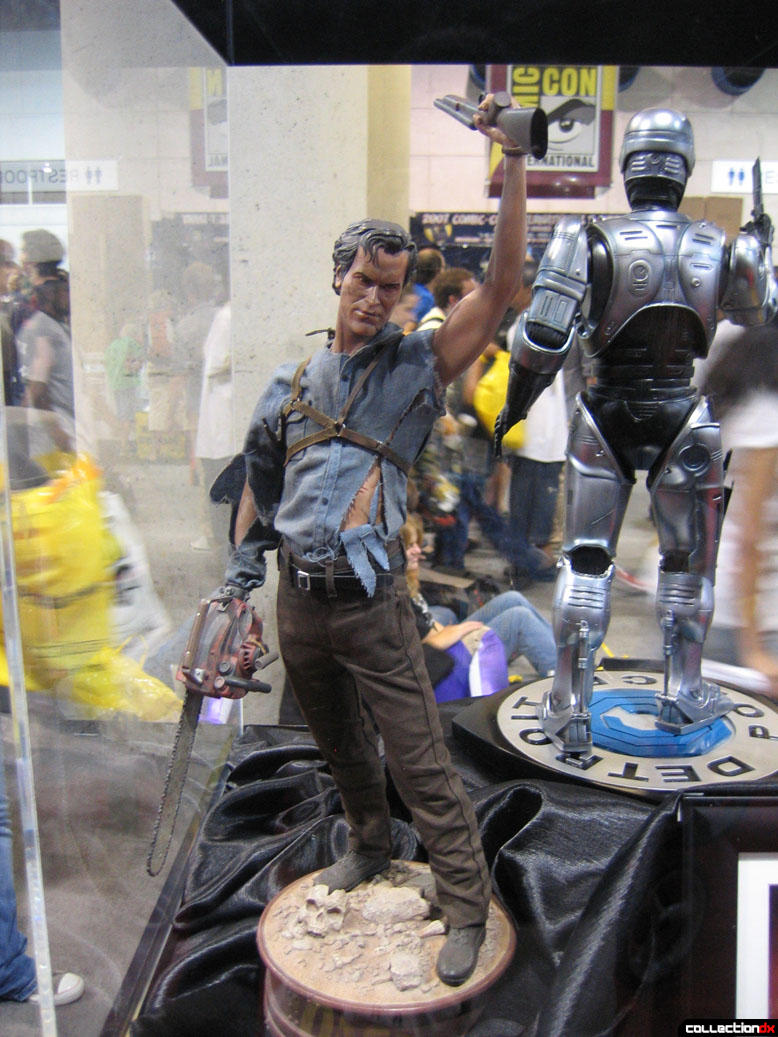 Sideshow had a surprisingly deep assortment of Marvel Comics statues, busts, and figures. What makes many of these special is their creative bases and use of mixed media! The Captain America below uses real fabric in his costume. The "Stealth" Iron Man has several embedded lights for an amazing effect. And, of course, copious boobs. Take a look: 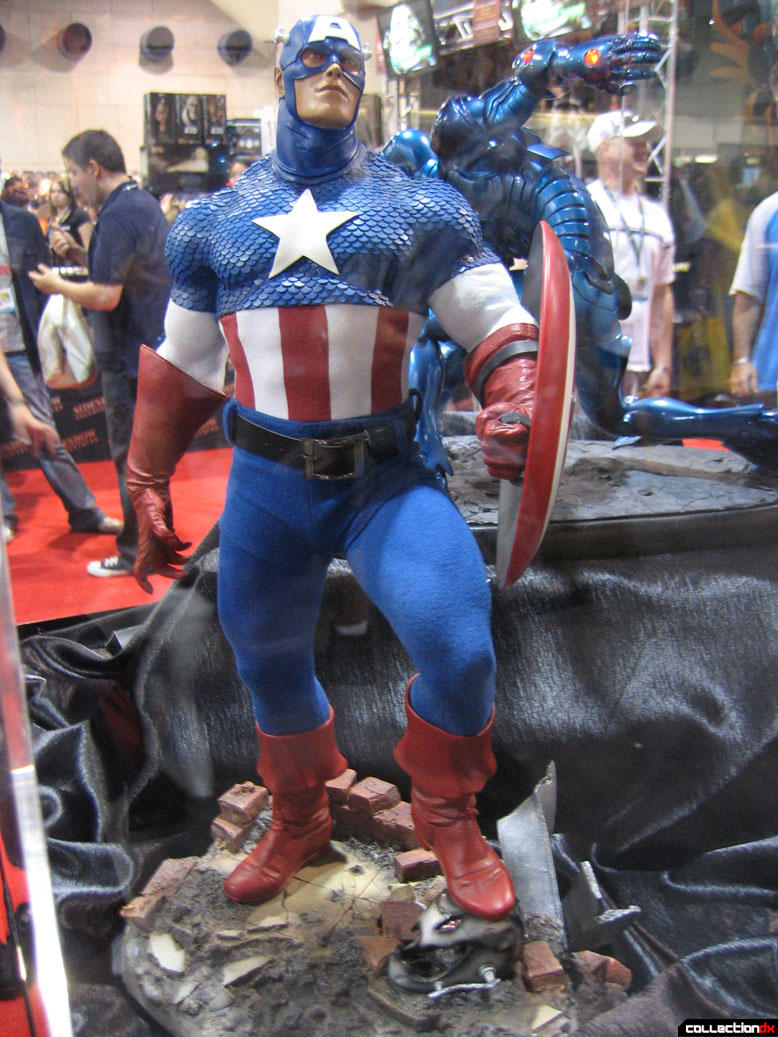 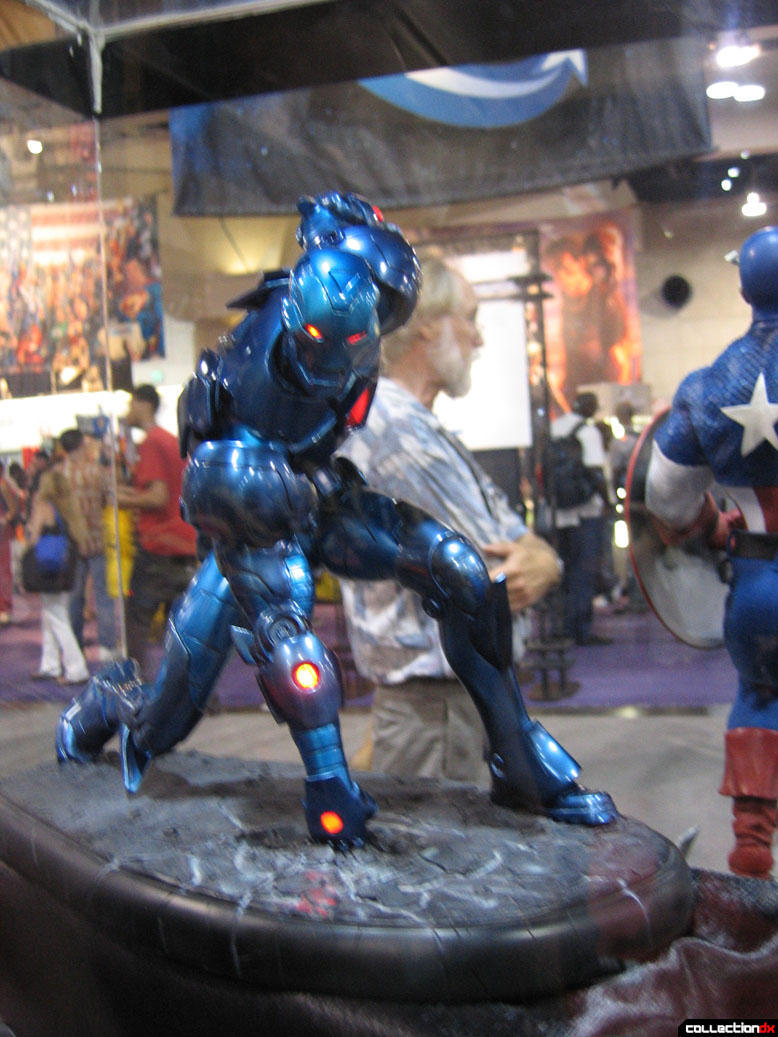 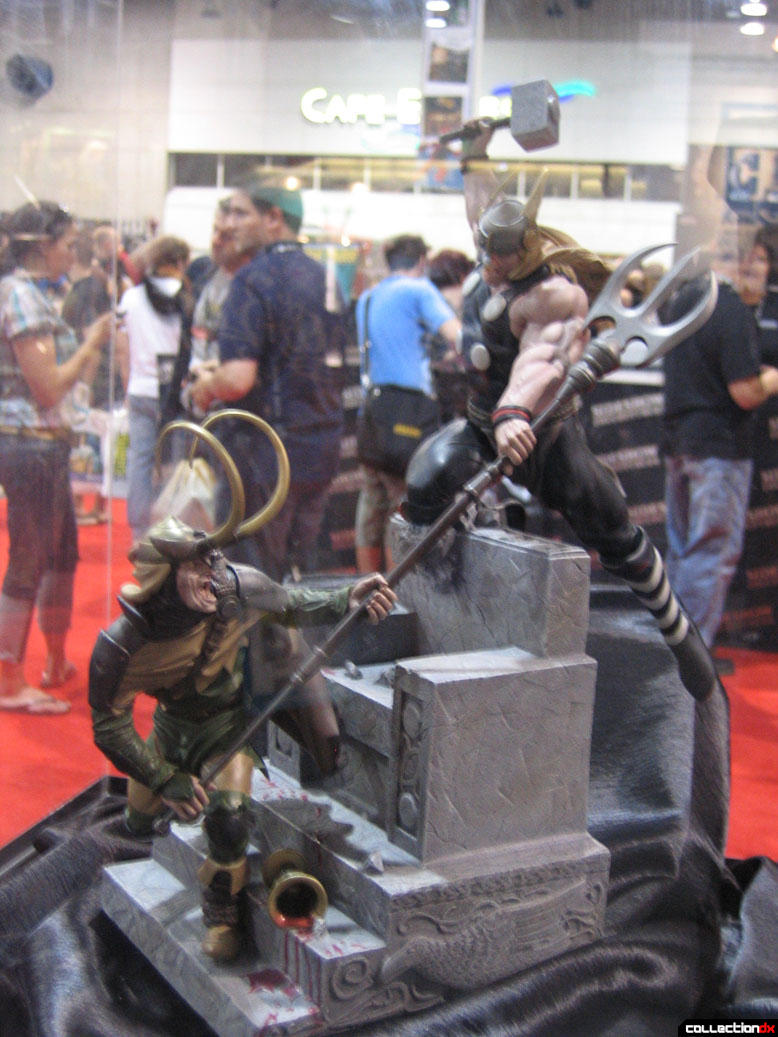 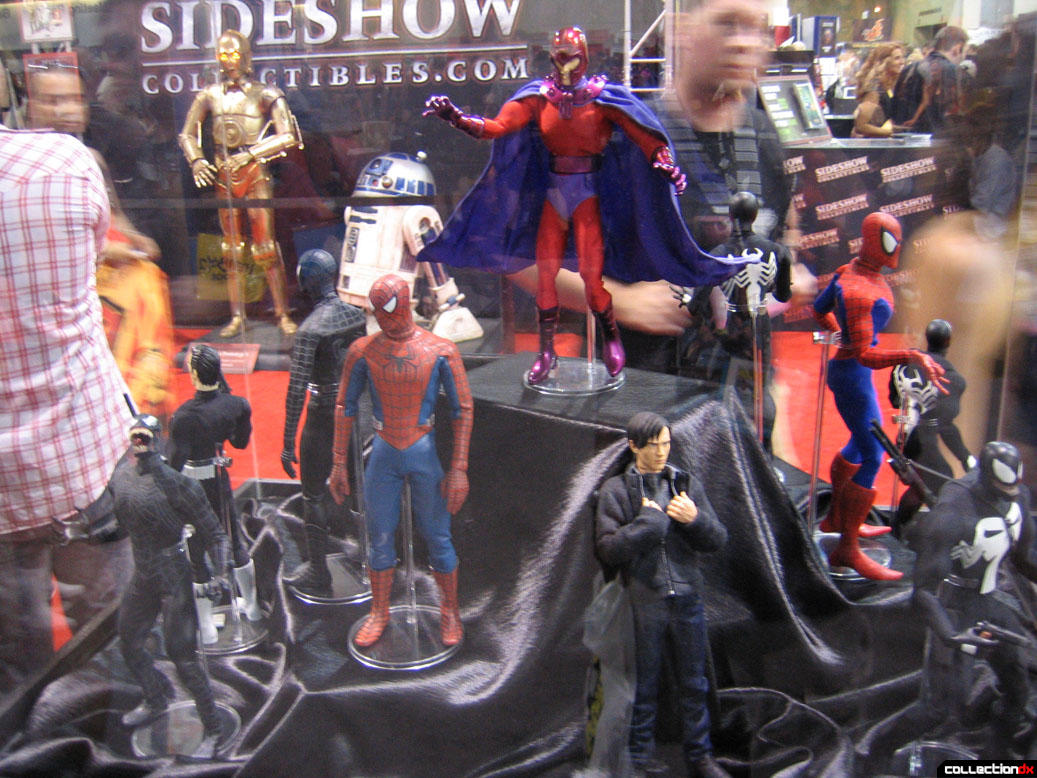 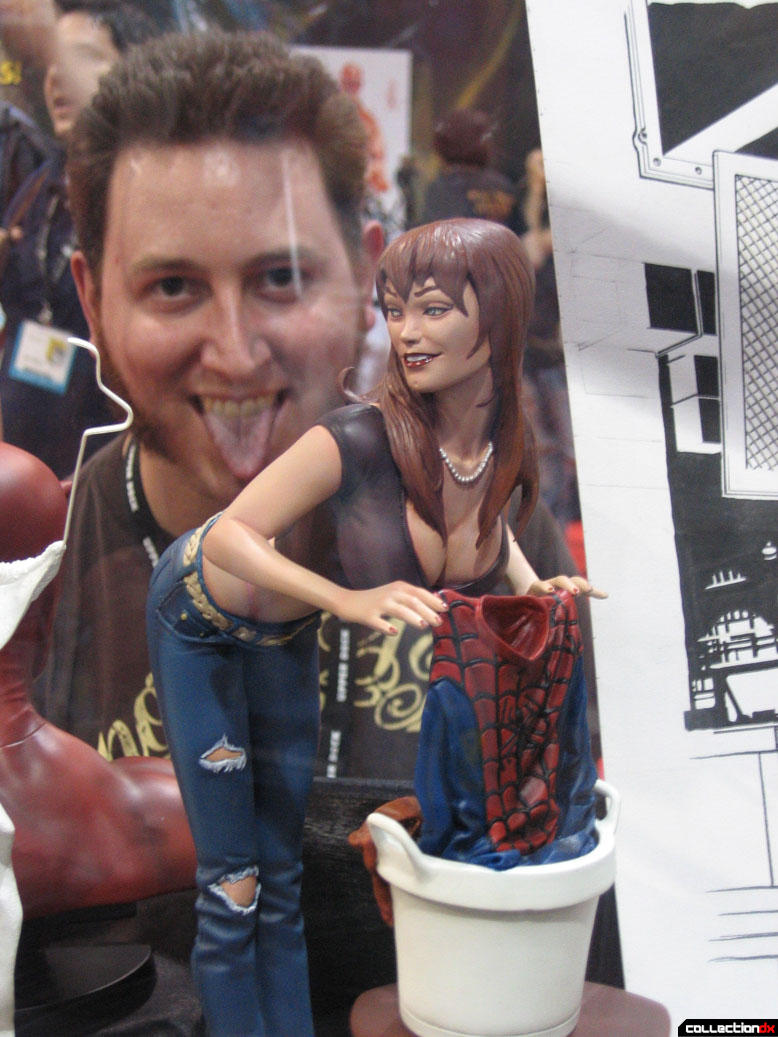 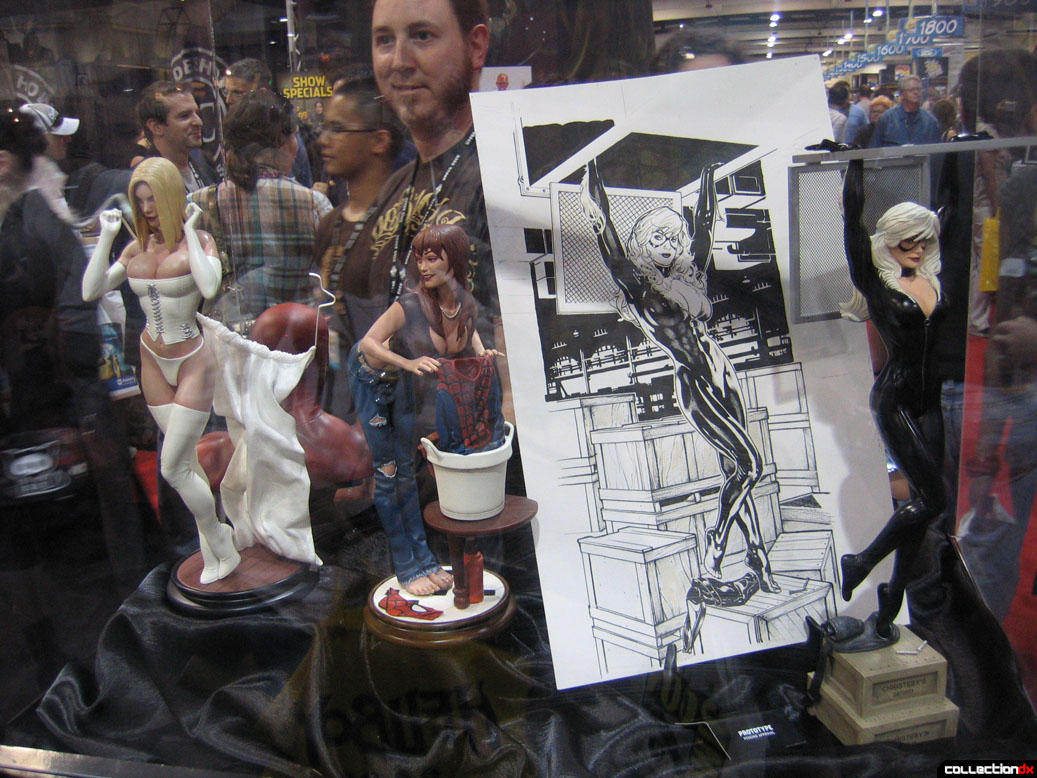 ^ What the hell is Mason doing in this picture!? ^

Anyway...we move on to the real meat of Sideshow's offerings: Star Wars! Again, super-high-end collectible statues were the main focus, but their (Medicom's) 12" figure line represented, as well as the VCD series of super-deformed figures: 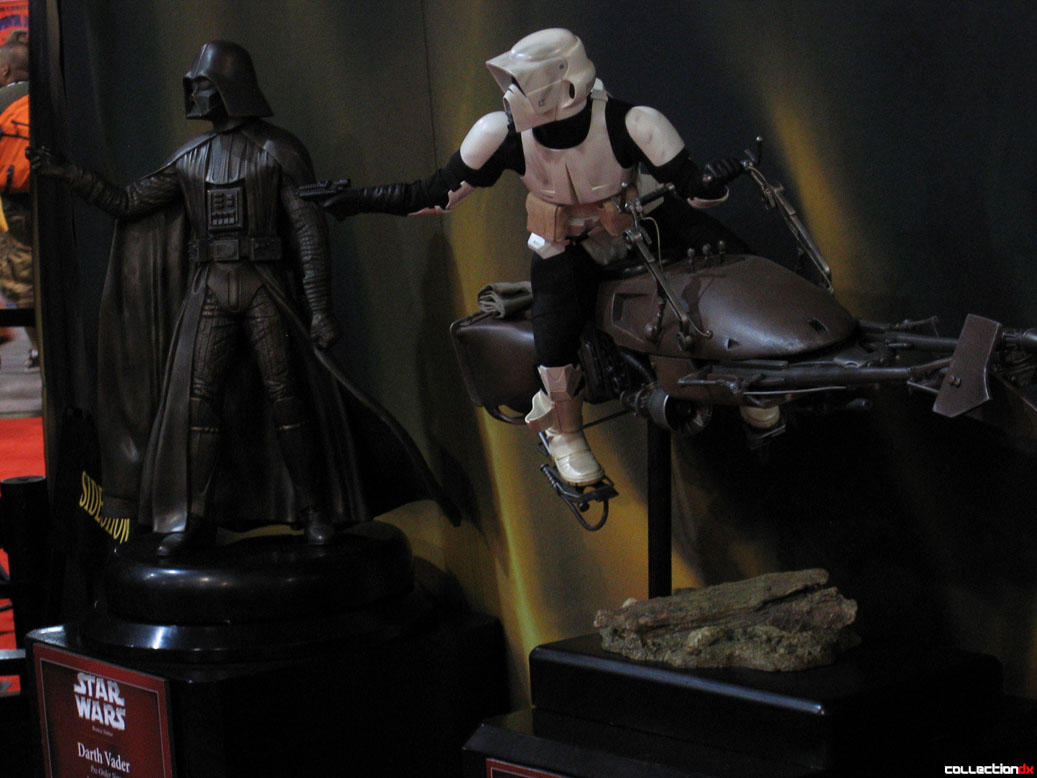 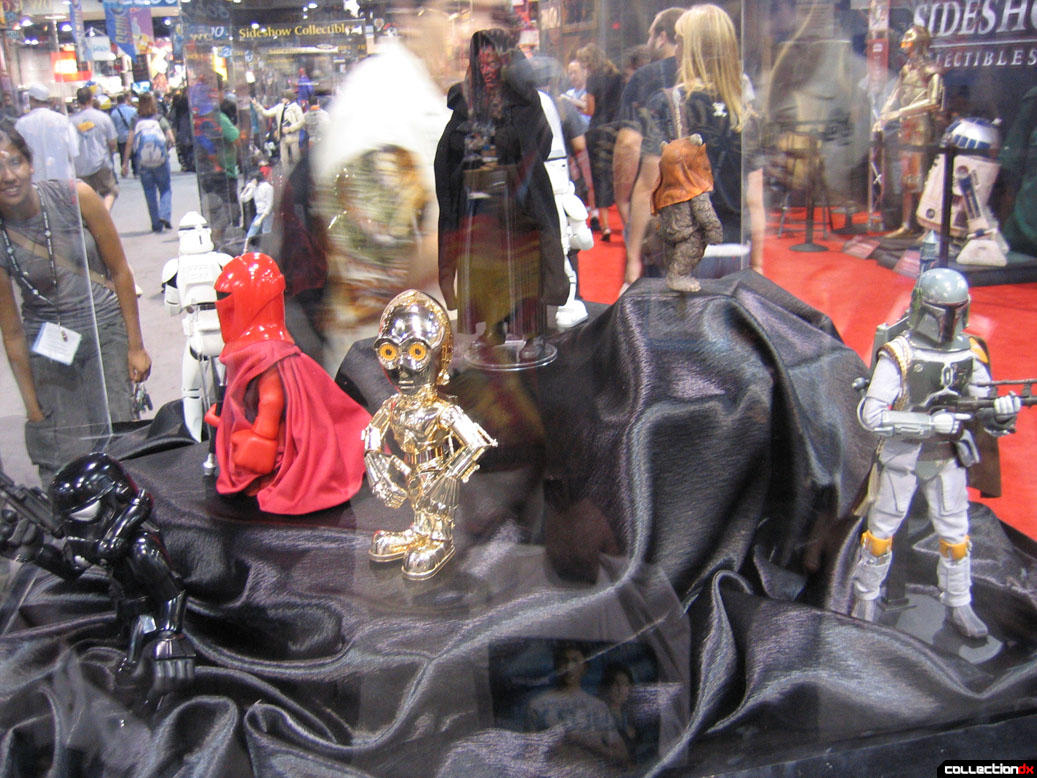 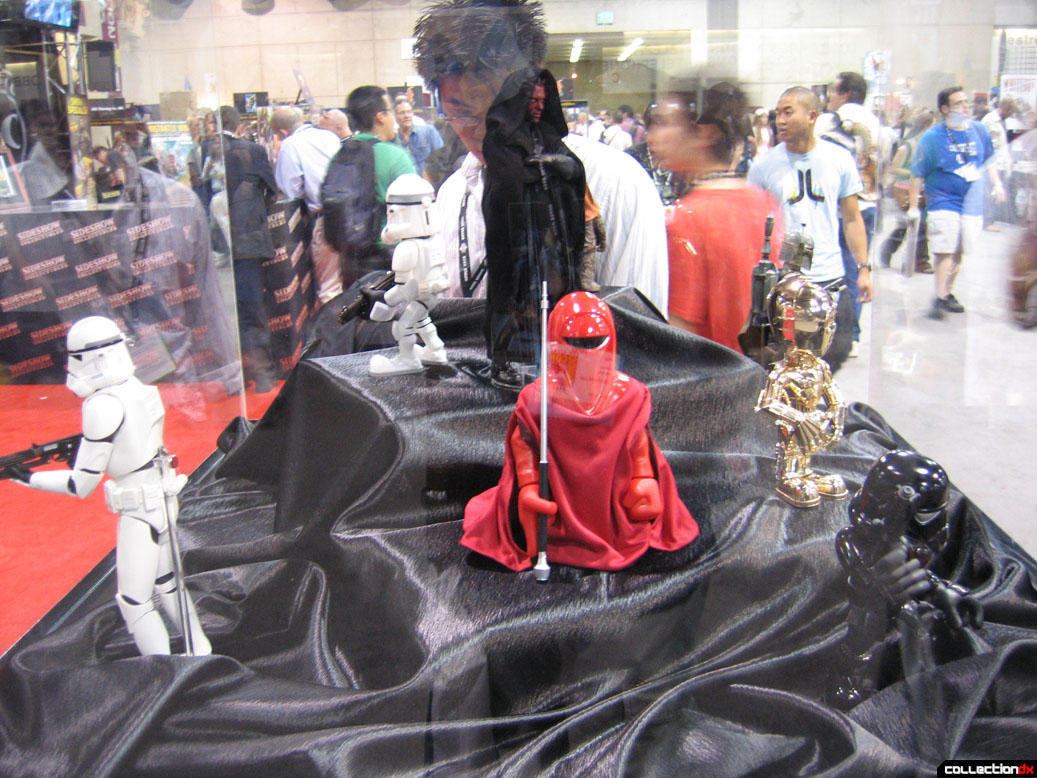 And lastly, the flagship of Sideshow's offerings...not for the faint of heart (or of wallet)...life-size C-3PO and R2-D2: 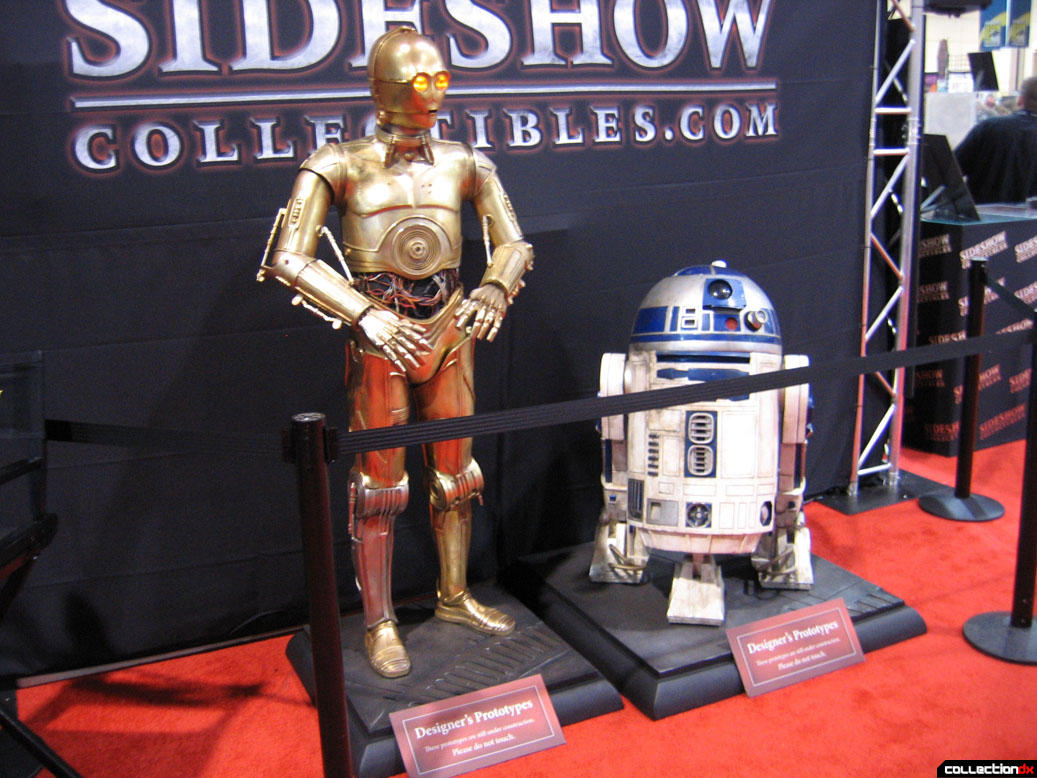 For the kinda coin they're asking, these things better wash my dishes!